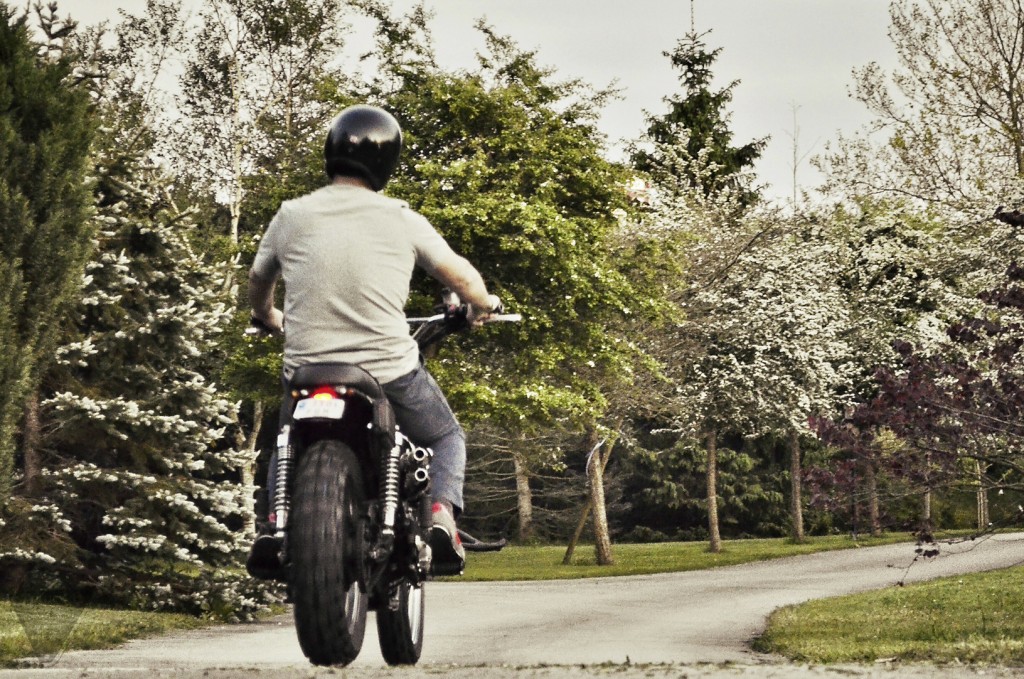 It’s not often we get pictures of the featured Triumph blatting and jumping it’s way around the local countryside. More than often they are sat poised in a well lit studio or in a trendy urban location. In a way a, bit like a glamorous supermodel. But this Scrambler aint no supermodel, this little minx want to get outside and get dirty!! 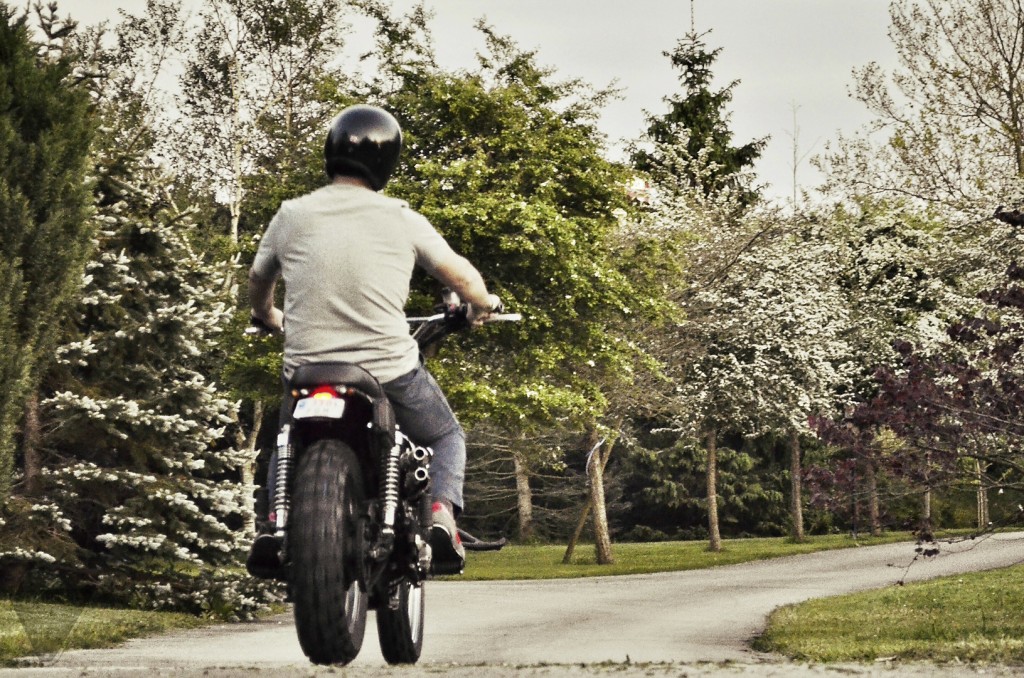 This 2006 Triumph Scrambler belongs to Javier Alonso who lives in Santander northern Spain. Like many Triumph Classic Twin owners, Javier it a huge Steve McQueen fan, no surprise as the Triumphs Scrambler and McQueen really do go hand in hand. As you can see, like McQueen, Javier loves to take his Triumph off-road, and living where he does there are plenty of dirt tracks to get the bike dirty! 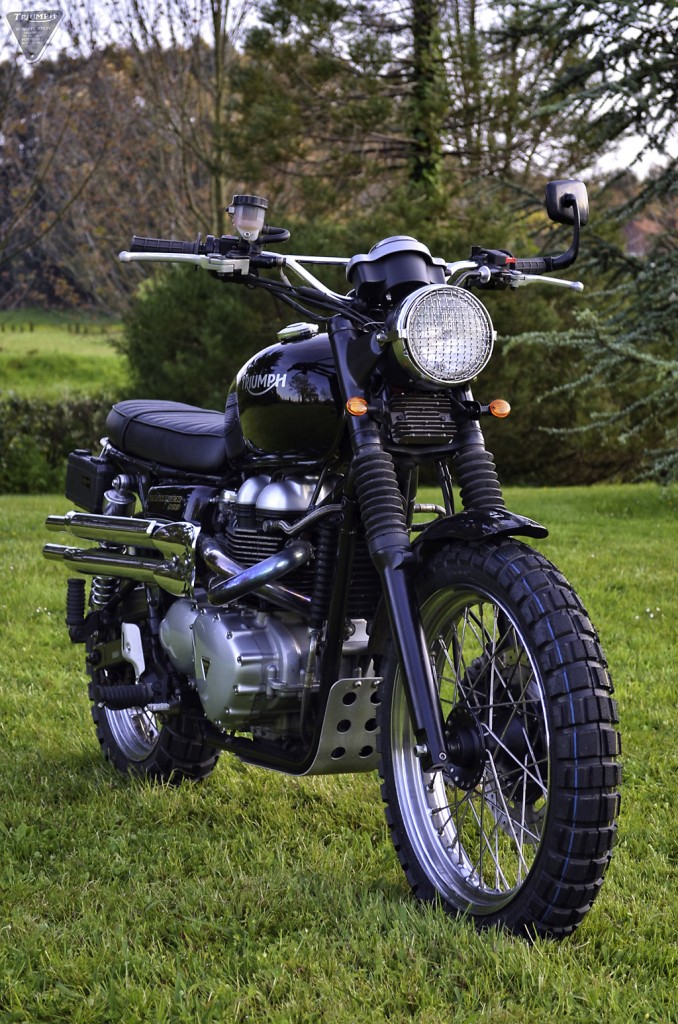 So, what’s been done to the ‘Six Days‘ Scrambler. It’s a good place to start when doing an ISDT inspired build is to fit vintage braced, MX bar which is exactly what Javier has done. These have been finished off with Renthal grips. The MX bars look much better that the OEM items and closely resemble those fitted to the Triumph’s ridden by McQueen and Ekins in 1964. Next is a bit of weight saving, so gone is the OEM rear mudguard which has been replaced by a fibreglass Kompo-Tech item which included an integrated LED rear light/stoplight. 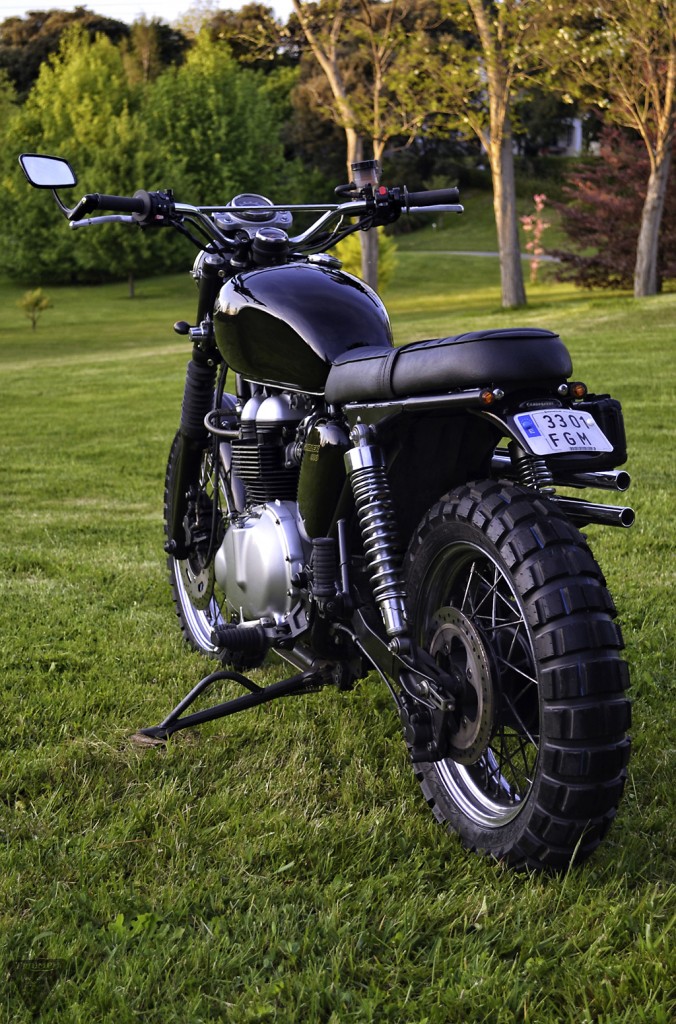 Other Kompo-Tech goodies include the Kompo-Tech St. Yves seat. The dreadful stock indicators have also been sensibly ditched, and replaced by much smaller items from Maxxima. Simple modifications like these help give the bike a much cleaner bare-essentials look you would expect from an off-road motorcycle. Fitting SAVA GETaway MC60 tires, has made the Scrambler off-road viable, and lets face it, they also look the part. 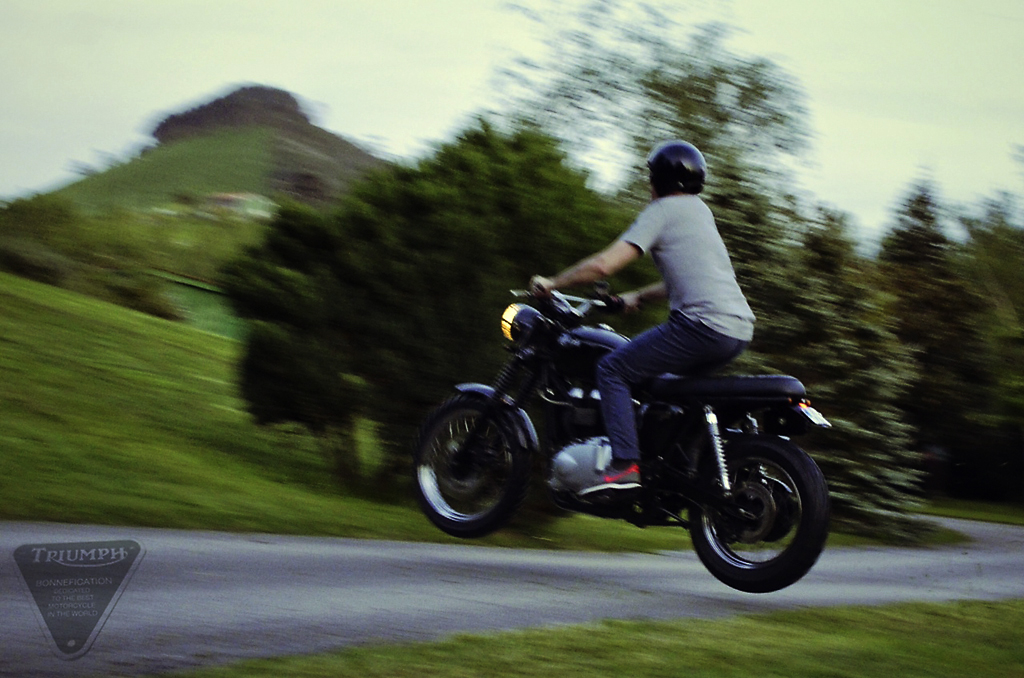 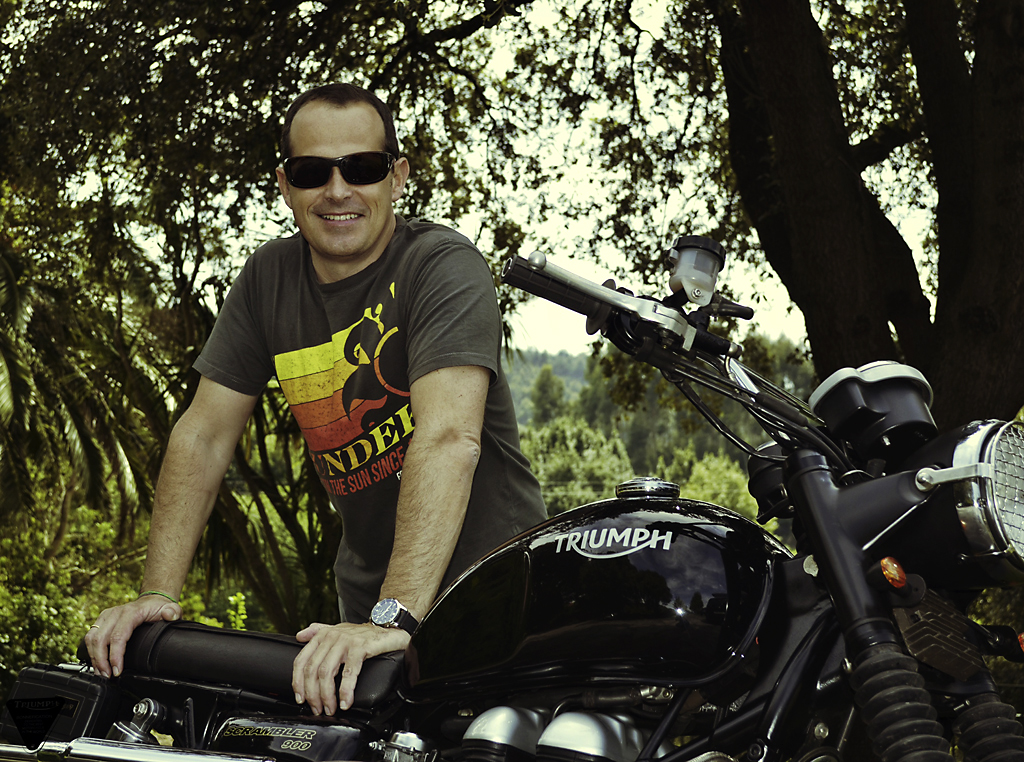 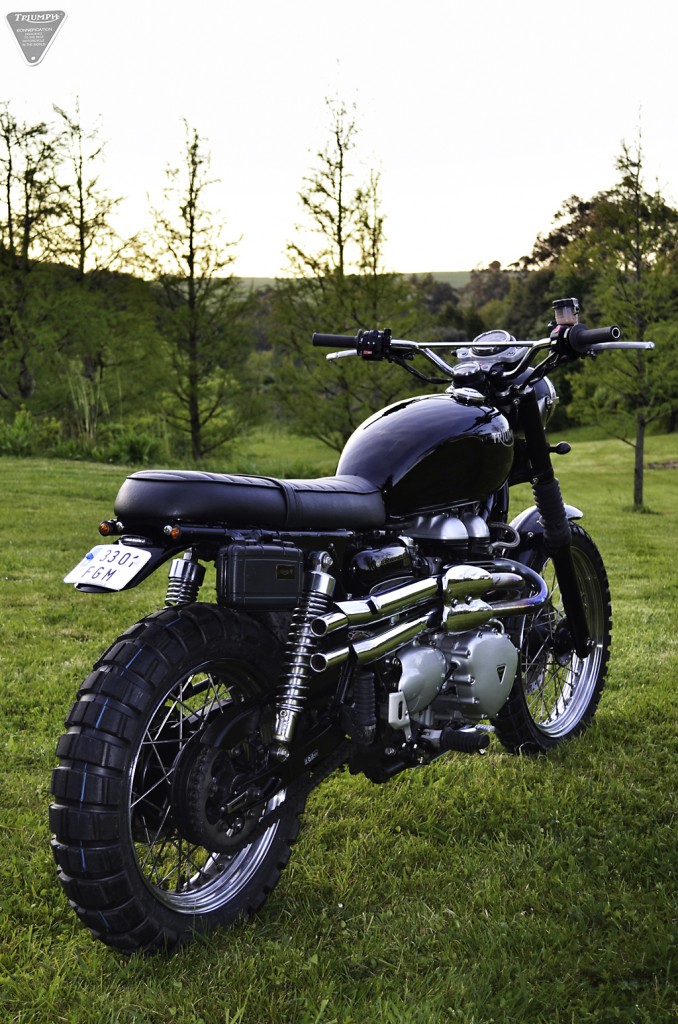 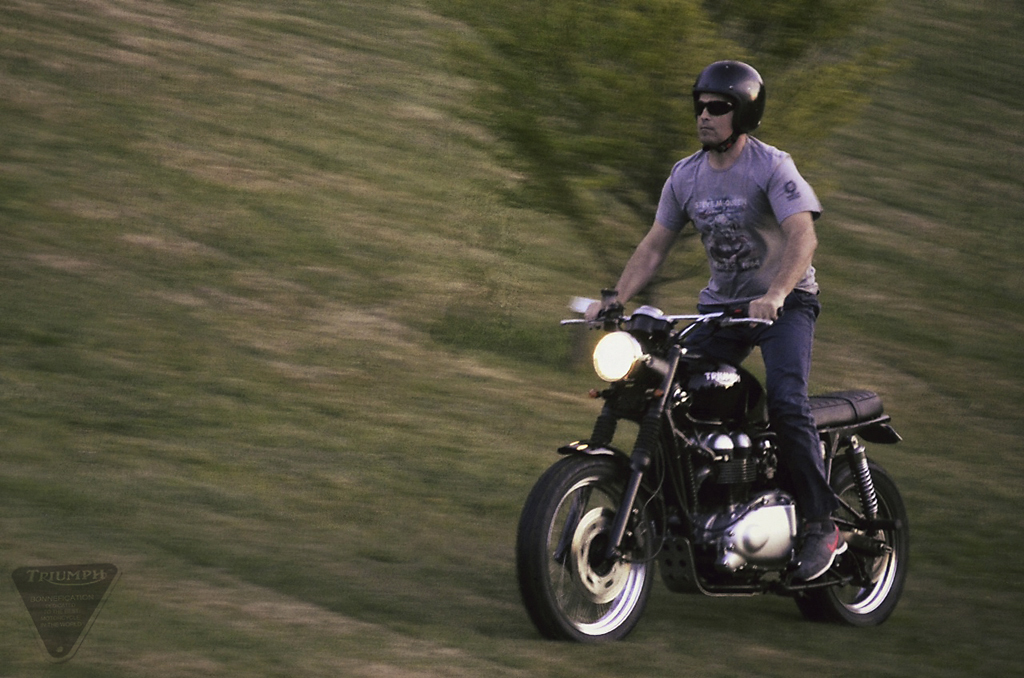 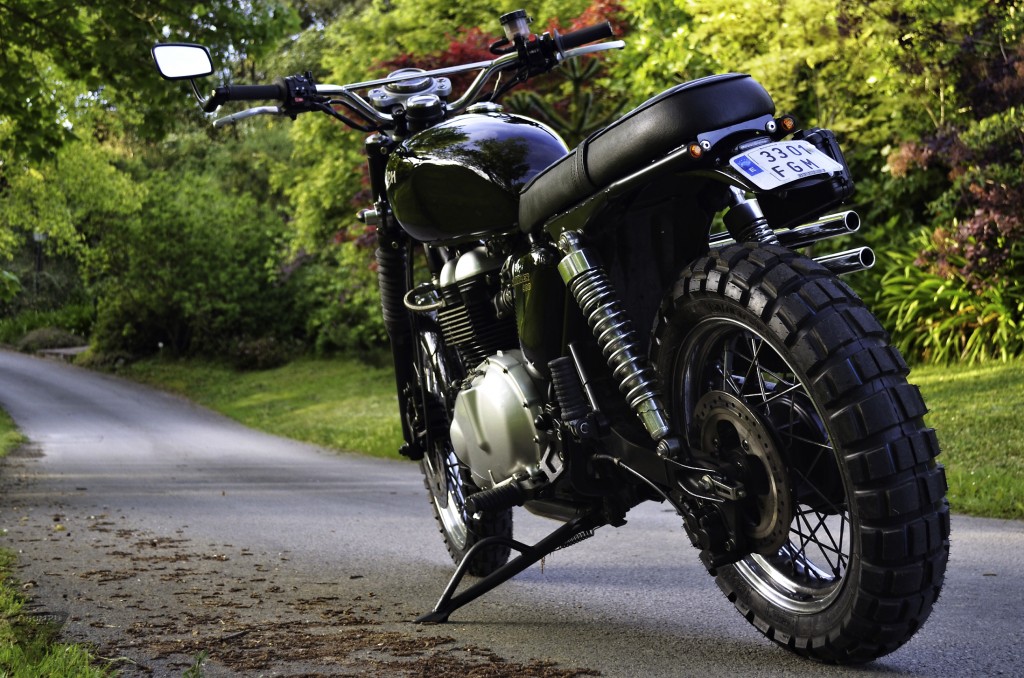 Next
2008 Bonneville ‘Iron and motus’ by FERRO E motus