From the start, Tim knew he wanted to turn what is already a very cool motorcycle, into something even cooler, something Steve McQueen himself would ride.

In the coming years, Tim was to spend many hours searching the world-wide-web for inspiration, inspiration which he then shared on his own blog, a blog which was to later become Bonnefication.com

Today Tim continues to modify that Triumph Scrambler, and to share the very best custom and modified Hinckley Triumph Twins from around the world. 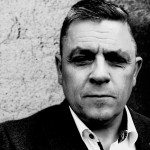 Founder and Owner of Bonnefication. A blog dedicated to custom and modified Hinckley Triumph Classic Twins since 2008.