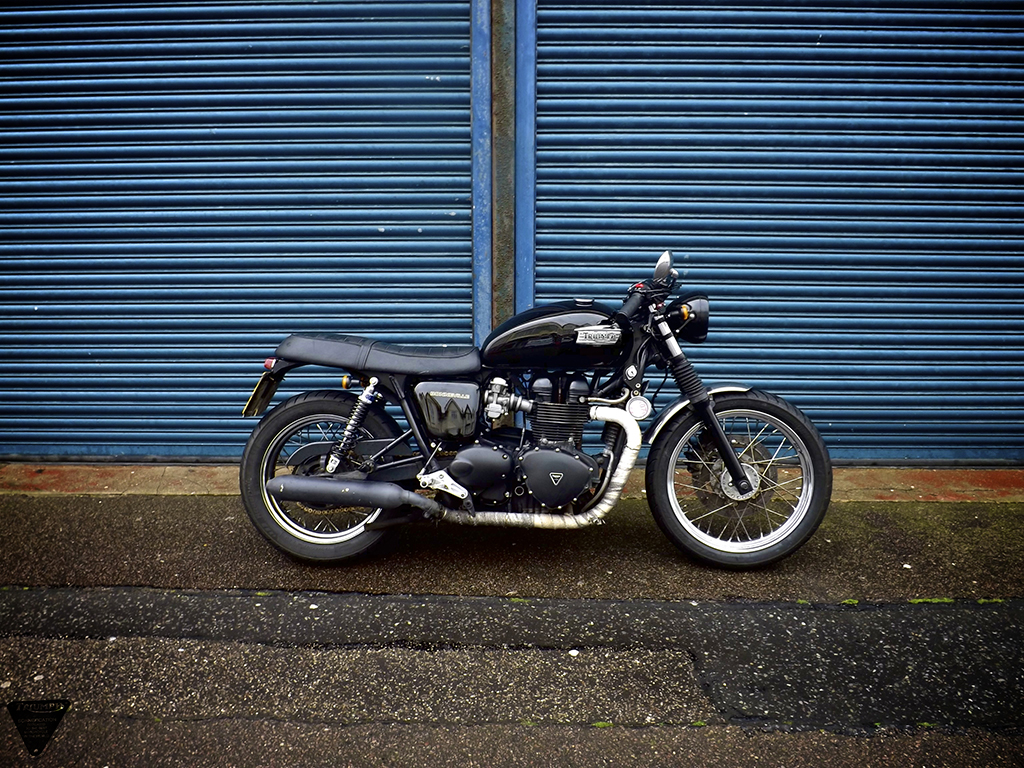 It was 7.30am Saturday morning, and windy as hell!. The location for my first Bonnefcation ‘photo-shoot’ was outside a very cool 1930’s garage, which sits just off the beach cliff road near where I live (I knew it was a garage at some stage as the word ‘Garage’ still remains above the door, clever eh!) The weather was pretty dreadful, made worse being so close to the sea, but regardless I had dragged myself out of my warm bed, and sleeping girlfriend to meet up with a cold wet Milton Wright, the owner of this 2008 Triumph Bonneville which Milton has named “Black Beauty” 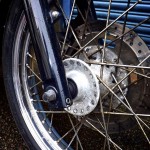 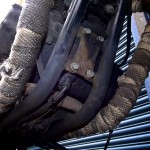 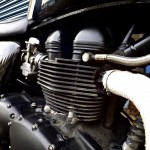 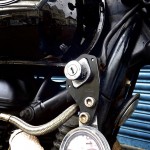 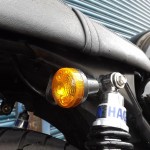 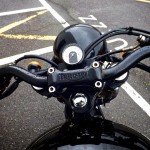 I had first met Milton a month earlier, he had just moved back into the area, and as fellow Triumph Twin enthusiasts as well as being a talented Graphic Designer, which is very handy when you fancy redesigning your logo, we decided to meet up for a beer/coke and a chat.

What I really liked about this Bonneville when I first set eyes on it, apart from the subtle modifications, was the way it looked. You could tell this was an everyday, all weather machine… it looked ridden, and yet cool – I’ve seen plenty of shinny, freshly built Triumph’s, I have one of my own, but this Bonneville had the look of a Café Racer’s of the 1950’s, again bikes that were used everyday to commute, but also to tear up to local A and B roads reaching for the ‘Ton’. Something this bike is more than capable of doing. 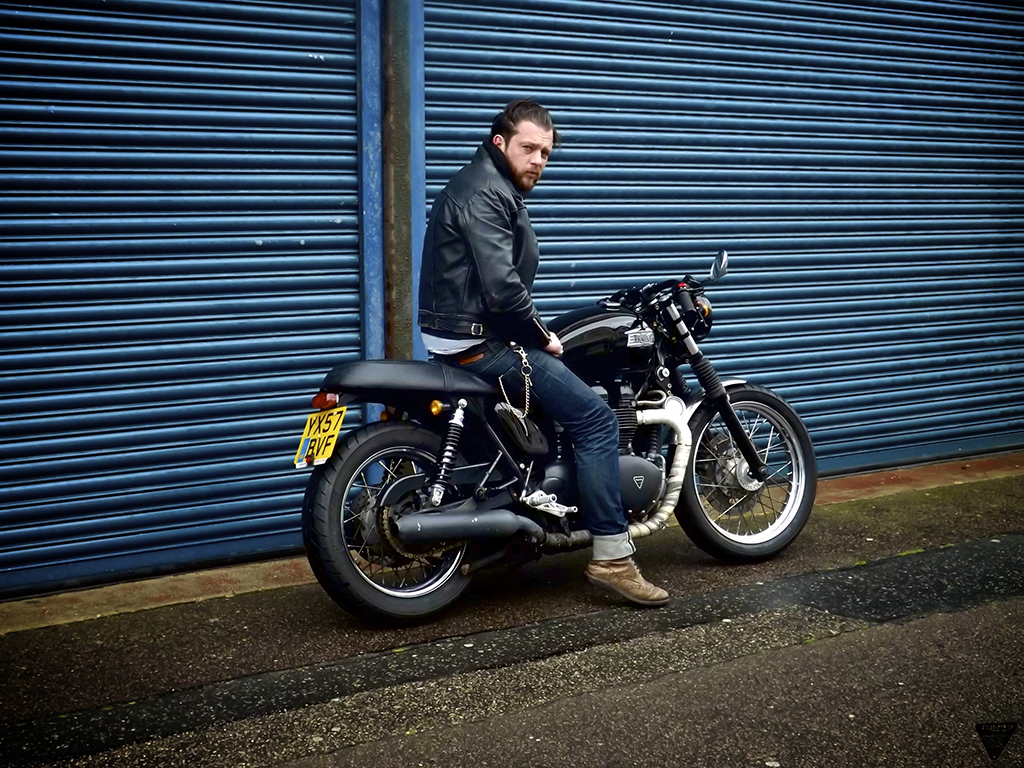 “I started having an interest in bikes from a very young age. My dad always had bikes and I guess it was because of that an interest grew from there. I’ve always been into things with 2 wheels. From my first BMX to Downhill MTB. After that my I had a couple of Vespas then over to Royal Enfield. I had 2 bullets, fun for a bike but I was ridding with some guys on Bonneville’s and Thruxton’s. This led me to start looking for something with more power and reliability as I use my bike every day.

This lead to me finding a bike lovingly called “Black Beauty” from a dealer near Brighton. She was a demo bike that hadn’t had the best life but I could see some real potential in her. 4 years on and I’ve still got her and I ride every day all year pretty much. I never wanted anything shiny and new looking its impossible when you ride all the time, I think these bikes are meant to be ridden not just looked at. I still have more things I want to do but its a ongoing thing. 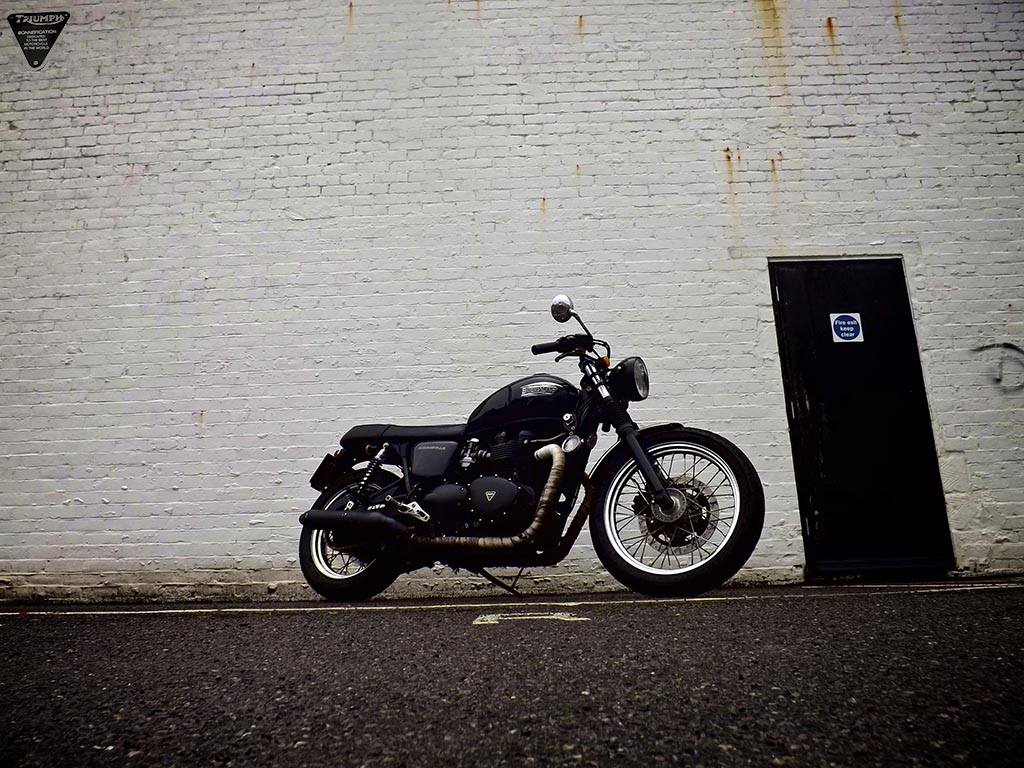 Yes, this bike has heat wrap, but Im told its more attractive that what lies underneath. Overall, I like this bike, it’s honest!   If you want to submit your Triumph Twin to Bonnefication, why not get in touch, we would love to hear from you.