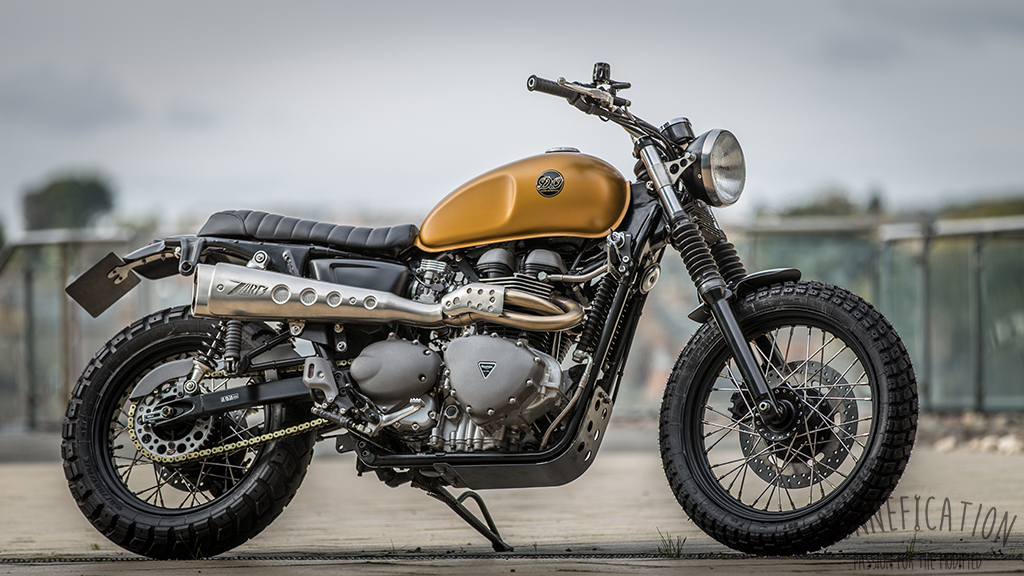 Down & Out – Triumph Scrambler

Down and Out have been building some pretty cool Cafê Racers and custom motorcycles, a few of which were on show at the BSMC III event in May this year, an event which received support from Triumph UK no less. The guys at Down and Out are no stranger to the Triumph Twin, having built a Triton Cafê Racer from a T100, with incredible results. 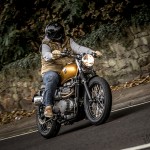 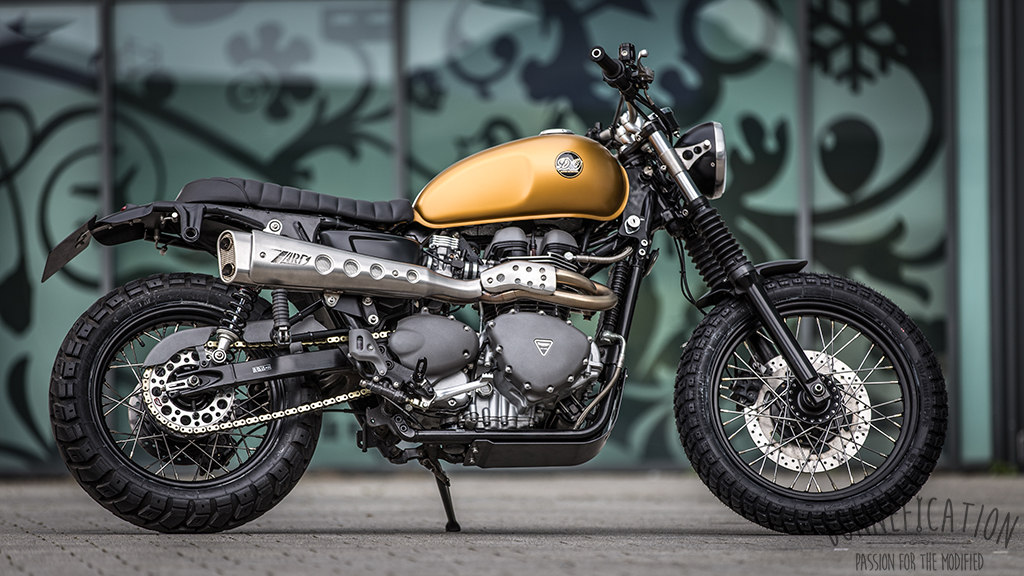 The team at Down and Out is made up of Shaun the ‘Gaffer’, Carl the ‘Fitter’ and Simon the Photographer…. it’s funny just how important a ‘photographer’ is in this day and age of social media, no point building a bike if nobody gets to see your work, not if you want people to know you build bikes anyway… 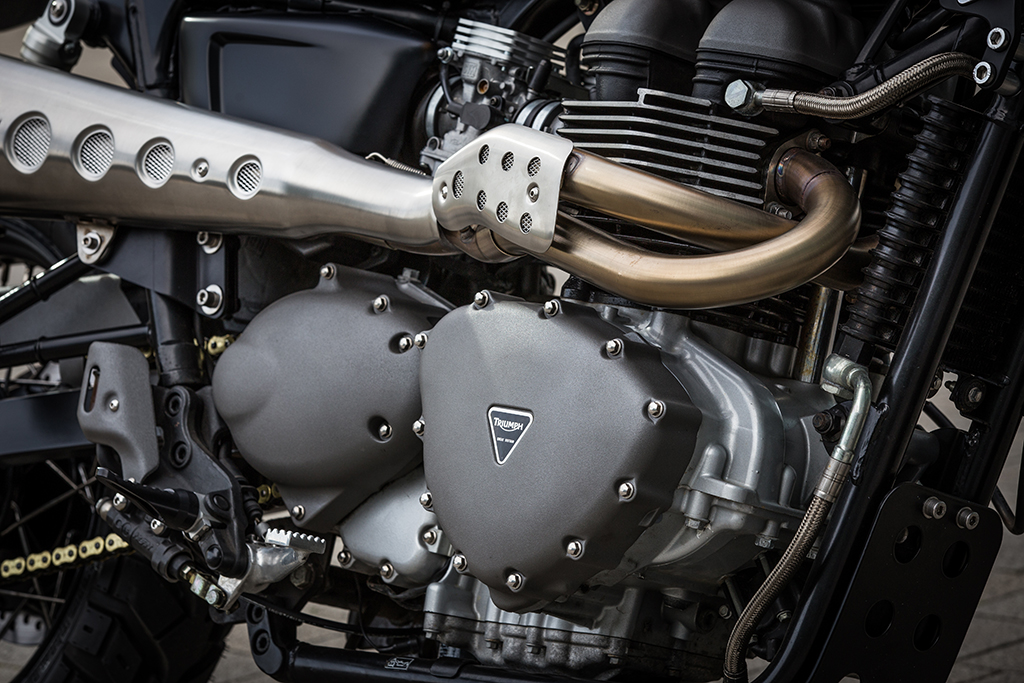 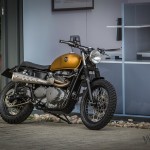 Most of Down and Out builds are based on the popular classics, including the BMW R80 & 100 as well as the odd Harley and Yamaha, but every now and then the guys do like to work on the newer Retro bikes, and have again turned they attention to the ubiquitous Triumph Twin. 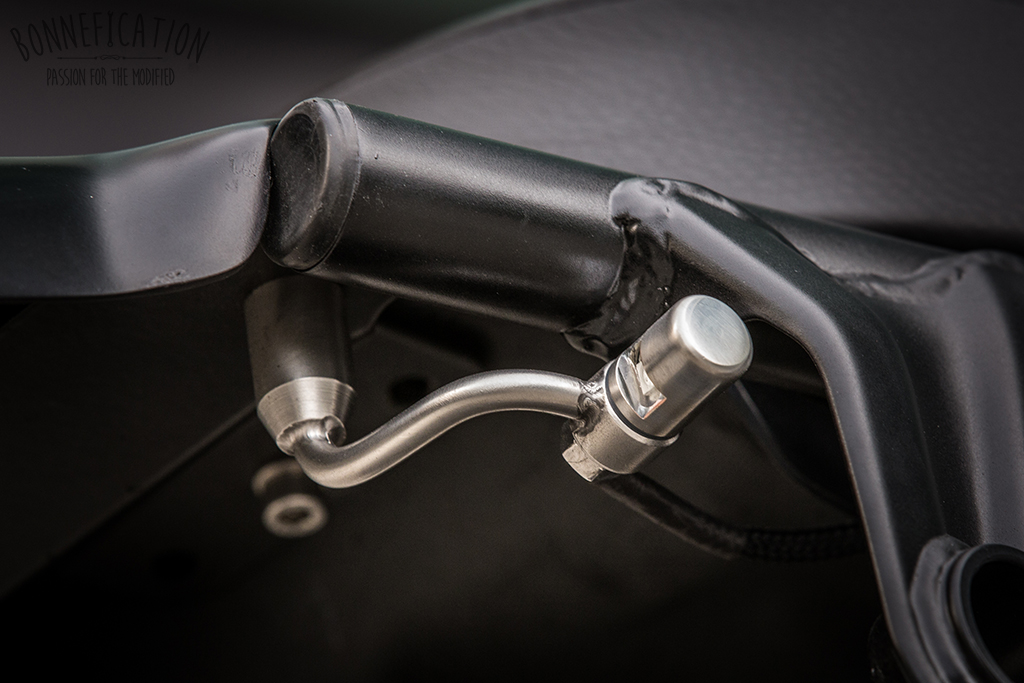 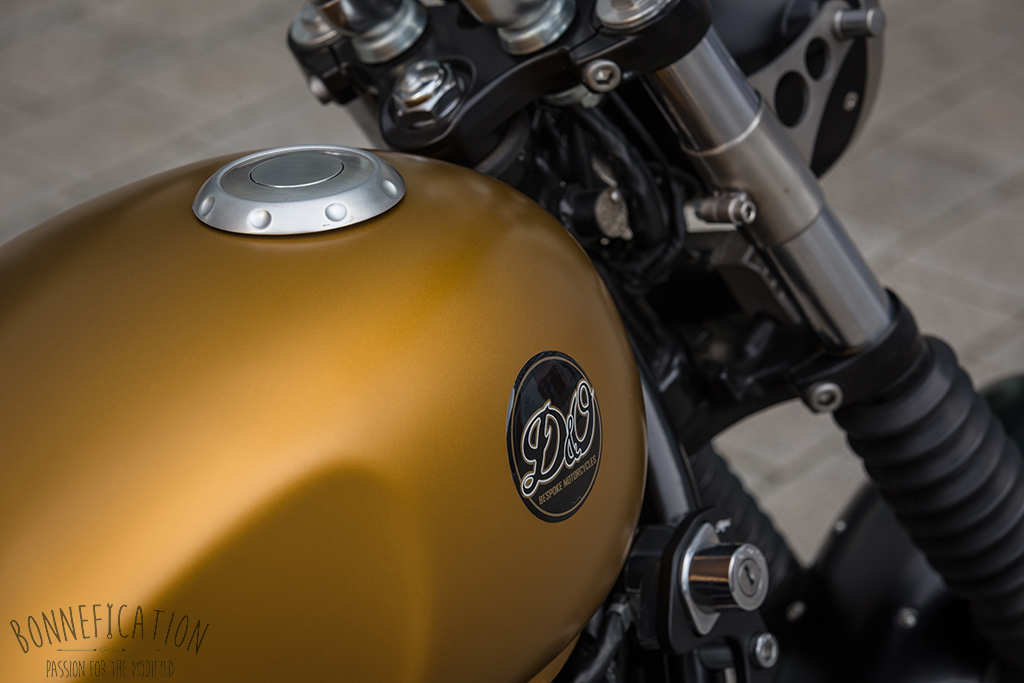 The donor bike on this build is the ever popular Triumph Scrambler, which is an early 06 Carb mode (UK built), and when purchased had just over 800 miles on the clock. Yes, 800 miles… so lets not see this as just a custom, but also a rescue. 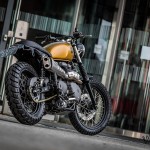 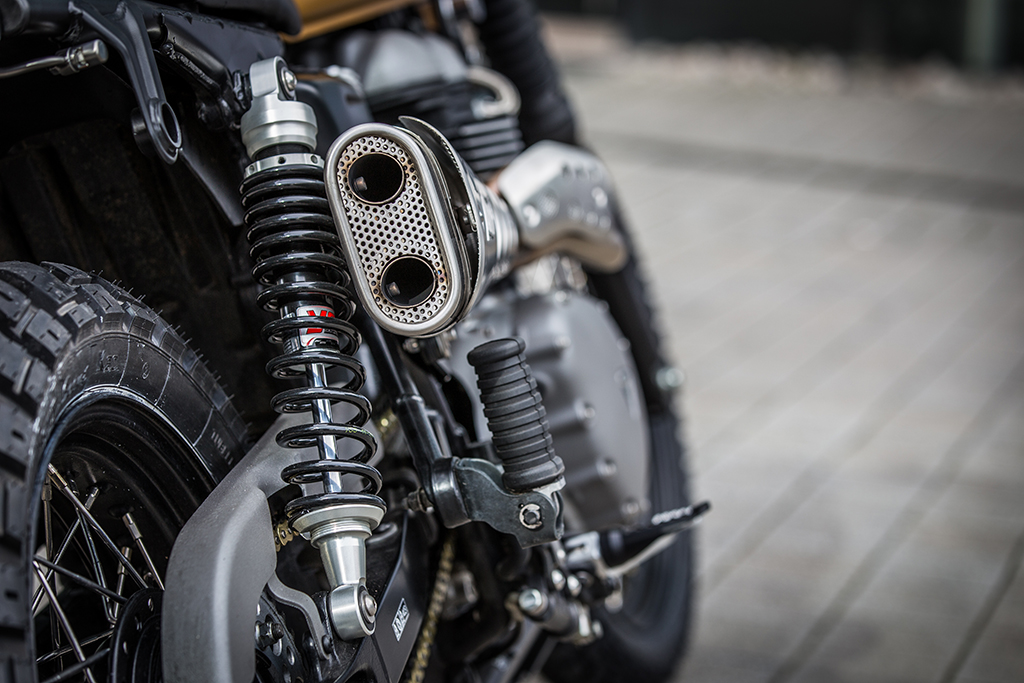 The modification to this the Scrambler include; shortening of the frame to just behind the rear exhaust mount, which has been retained I imagine to keep exhaust options open, as if you didn’t want to Keep those very nice Zard 2-1 High, Short Exhausts. 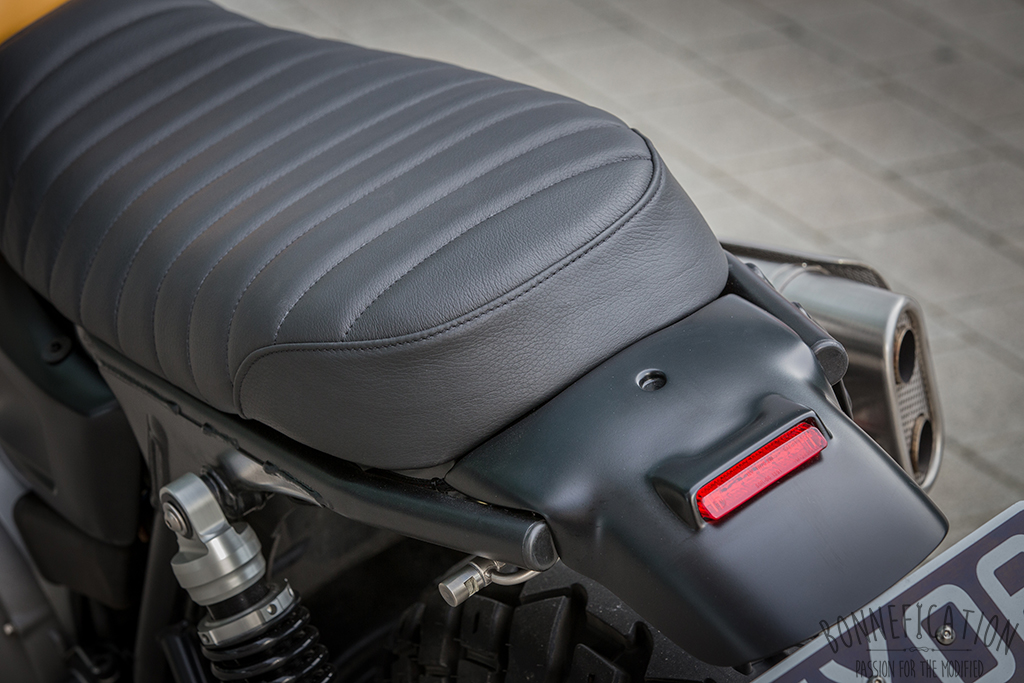 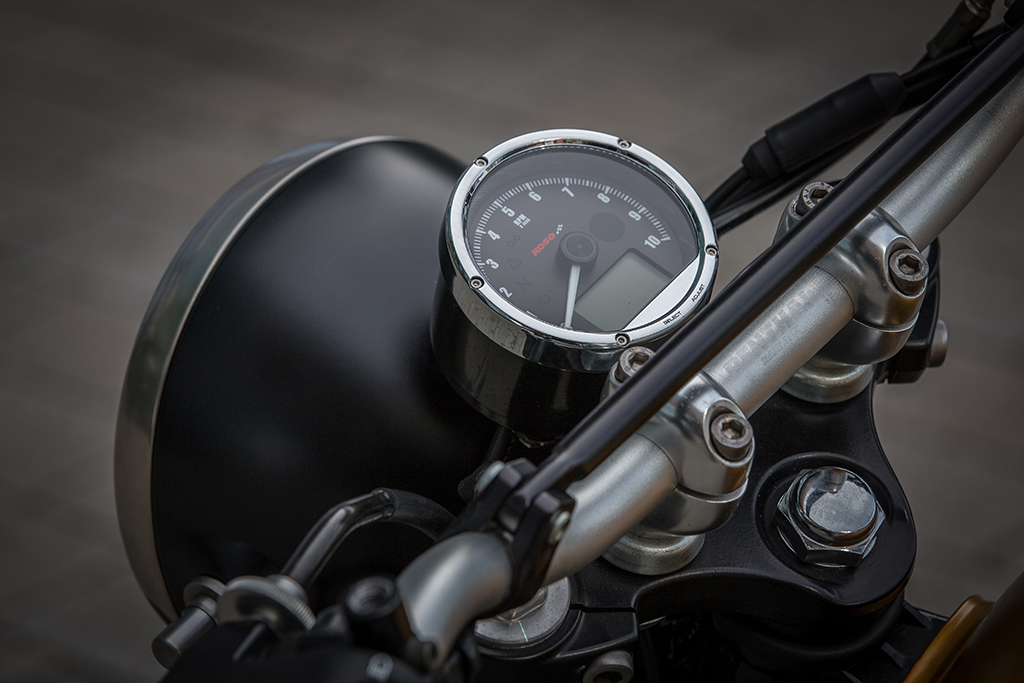 The seat is custom, and has been covered in black leather, which sits next to the very nice custom tank In gold. Other features include the Kosso ‘Multi Function Meter’, Down and Out headlight and mounts with stainless micro bullet indicators front and rear. Renthal bars, LSL master cylinder reservoir, as well as a short rear mudguard with integrated rear light. The Scrambler has also been fitted with shorter side panels and a chopped front mudguard. 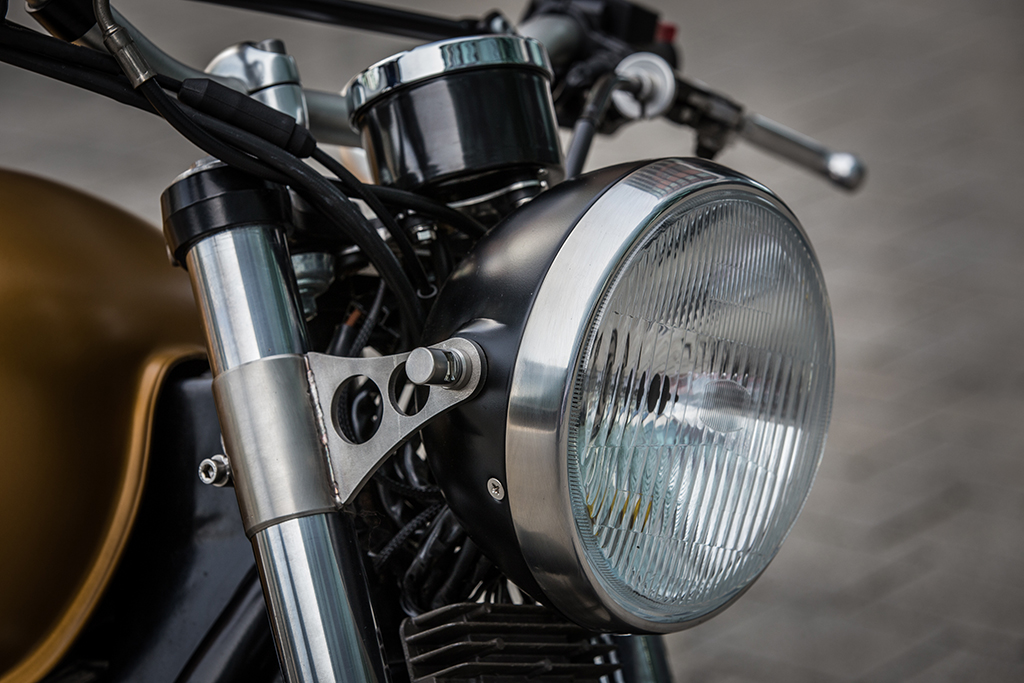 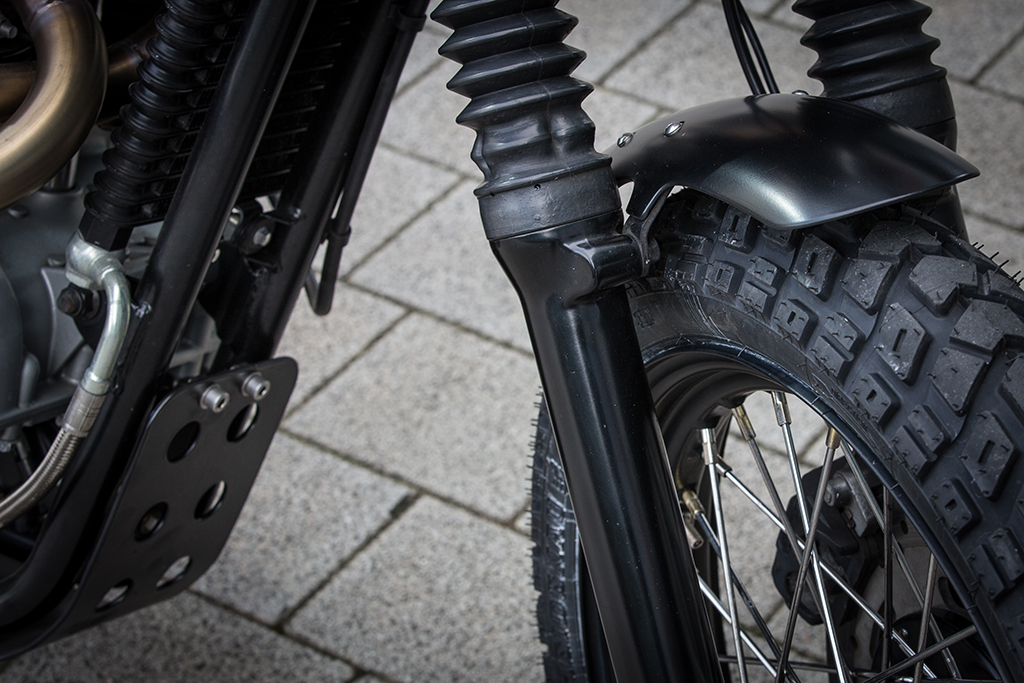 The wheels have been powder coated, and re-laced with stainless rims and shod with the Hiedenau K60 Scouts, tyres, which we are starting to see more of… though, I have it on good authority the front is not called a ‘Scout’, just a K60… this came to light when I recently ordered a set for a project to find that the front ‘Scout’ tyre is not legal in the UK, but is in the rest of the word… very confusing, so check before you buy. 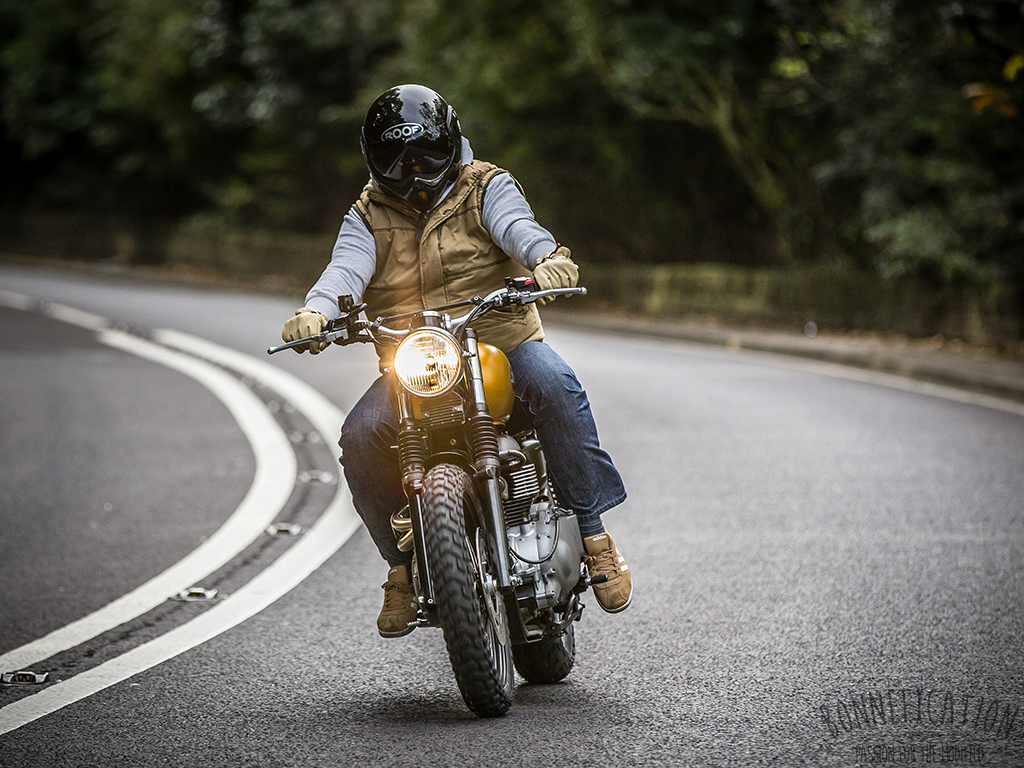 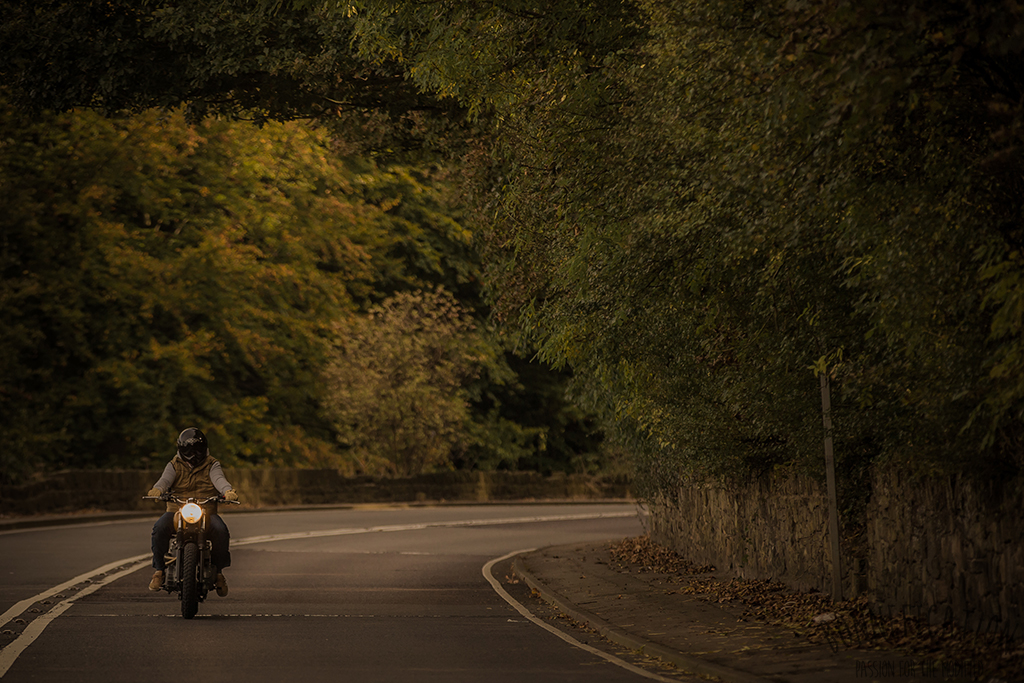