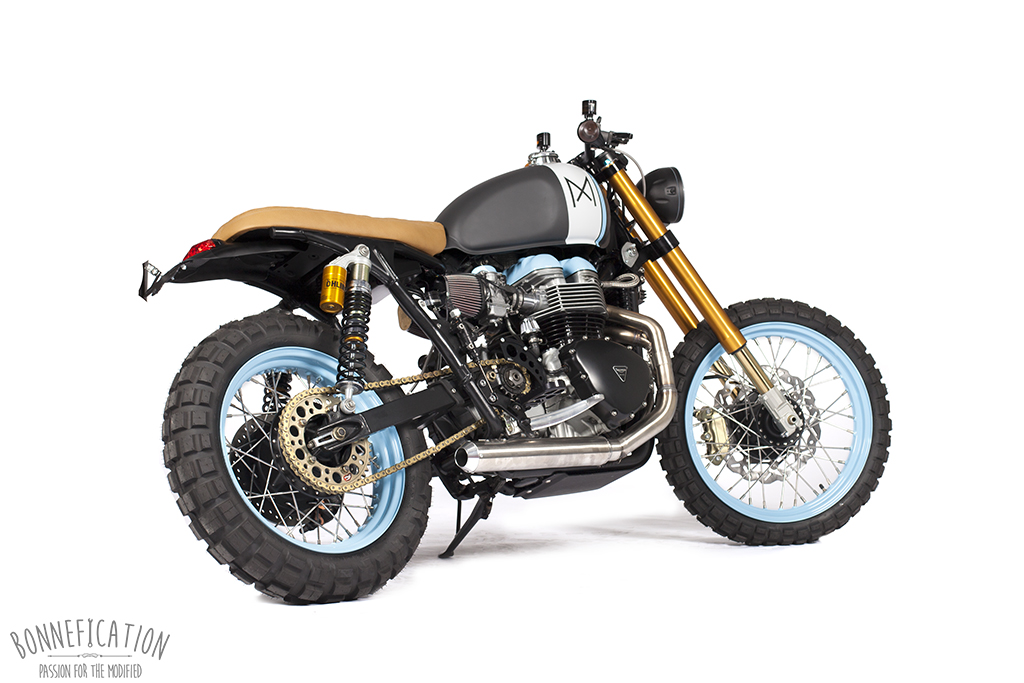 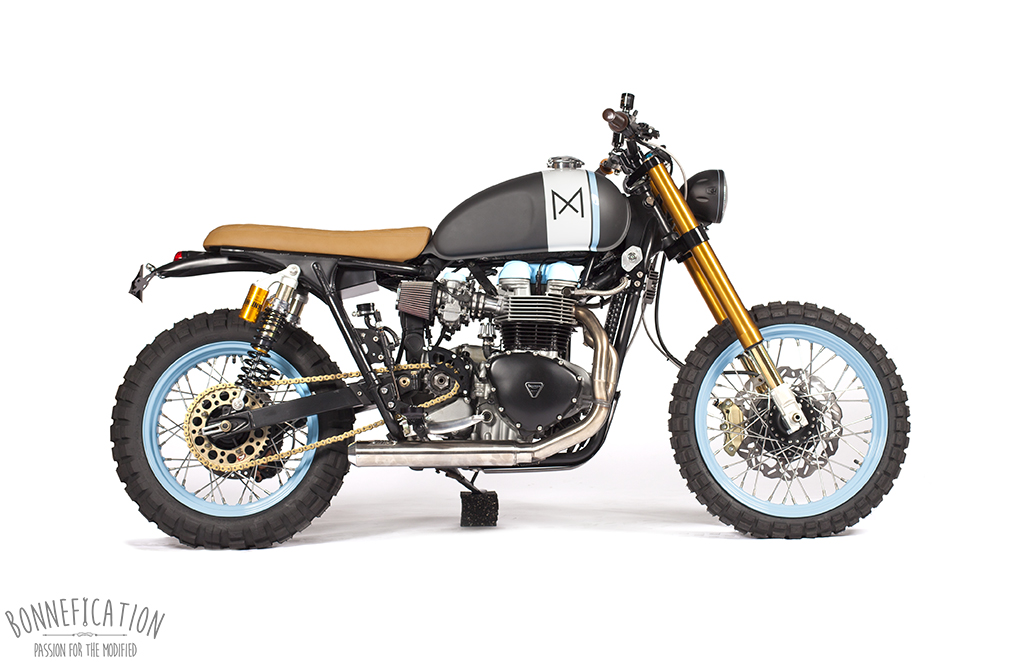 Luis Correia of Maria Motorcycles has been building some very fetching custom Triumph Twins of late, and this, the ‘El Carmen’ is the latest to emerge from his Lisbon based workshop. 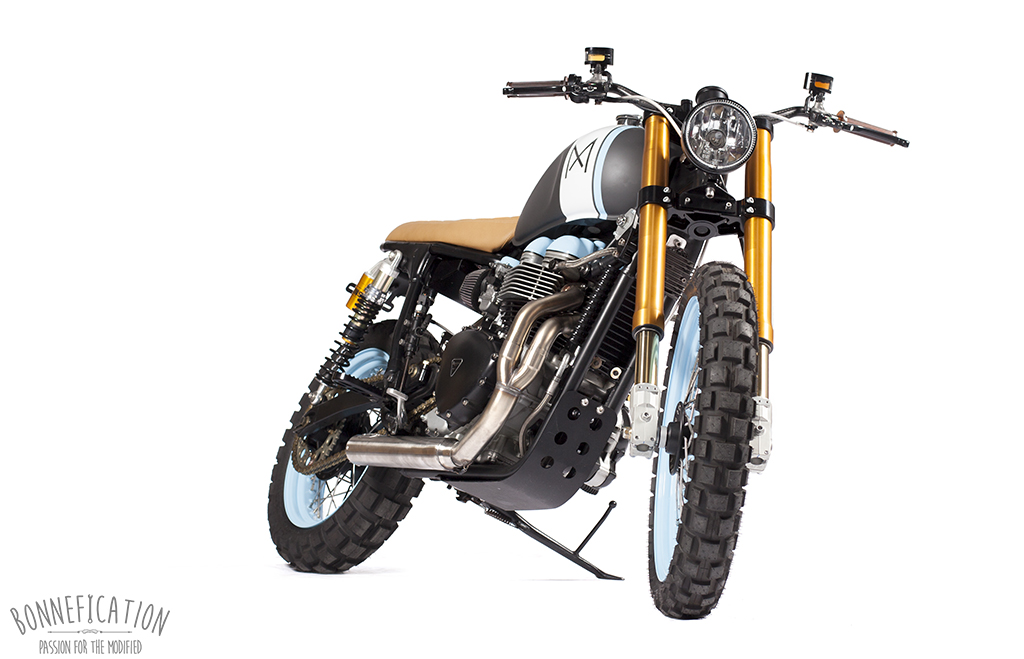 This bike, which was built for a client, is based 05 carb Bonne, which for many, is the bike of choice when wanting to build a custom Triumph. On this occasion, Luis goal wanted to build something a little different from his previous bikes, with an idea of seeing “how far we can go if we can use all the best equipment out there”, which sounds like a whole heap of fun to me!

Luis also wanted to rectify a few of the common complaints of the stock Triumph Twin, so this Bonne needed to be lighter, have more power, and of course have improved brakes and suspension. Some may argue, that if you want these things from the Triumph Twin, then perhaps you have chosen the wrong bike! Well, they may be right, but who wants a modern sport bike, which will just blends in to all the other sports bikes, when you can have THE coolest bike on the block! 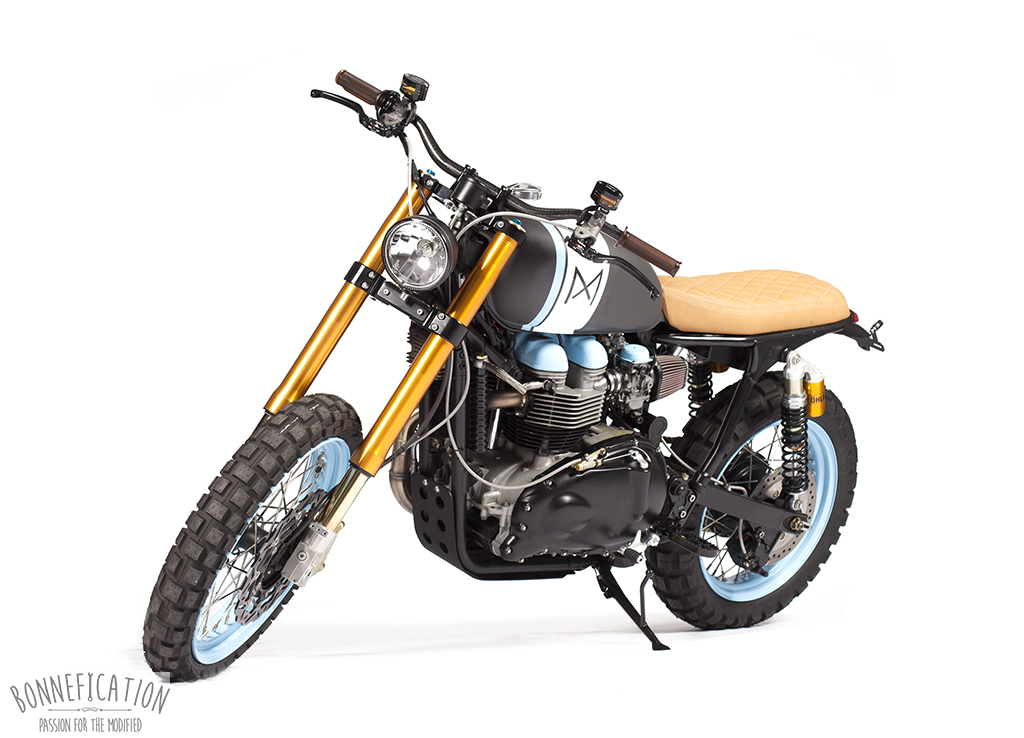 As you can imagine there will be a few problems when undertaking major changes and upgrades to the Triumph Twin, especially when fitting high end parts not designed for the modern classic. One obstacle Luis encountered was fitting the Brembro brakes, which was due to the wheel offset on the Öhlins forks. But clearly everything worked out in the end, thats what skill and experience buys you, and the finished front looks amazing.

Luis has also done a superb job with one of the most popular modification to the Twin, the removal of the air/battery box, and hiding all the electrics including the solenoids and fusebox. This was partly achieved by using 2 small lithium batteries, which were hidden away under the seat, Luis admits this “was no easy task”  – If you have ever tried this particular modification, you will know thats there is an awful lot of gubbins to hind, and getting it to look clean, can be a bit of a task in itself.

There are some really nice features on the build, including the LSL carbon Bars, which are the crowing glory to the Öhlins upside-down forks and LSL billet triple trees, the bars have been decorated with Brembo brake and the hydraulic clutch system, with both sporting Rizoma reservoirs, though I’m not sure about the choice of speedo on this build, considering the quality of the other parts used. The wheels are Kineo’s and are shod with the popular Continental TKC80’s, with the rear hiding under the very nice LSL mudguard. The bike also sports the superb looking, and sounding  Zard 2-1 low cross exhaust system, which will make this Triumph Twin sound as good as it looks. 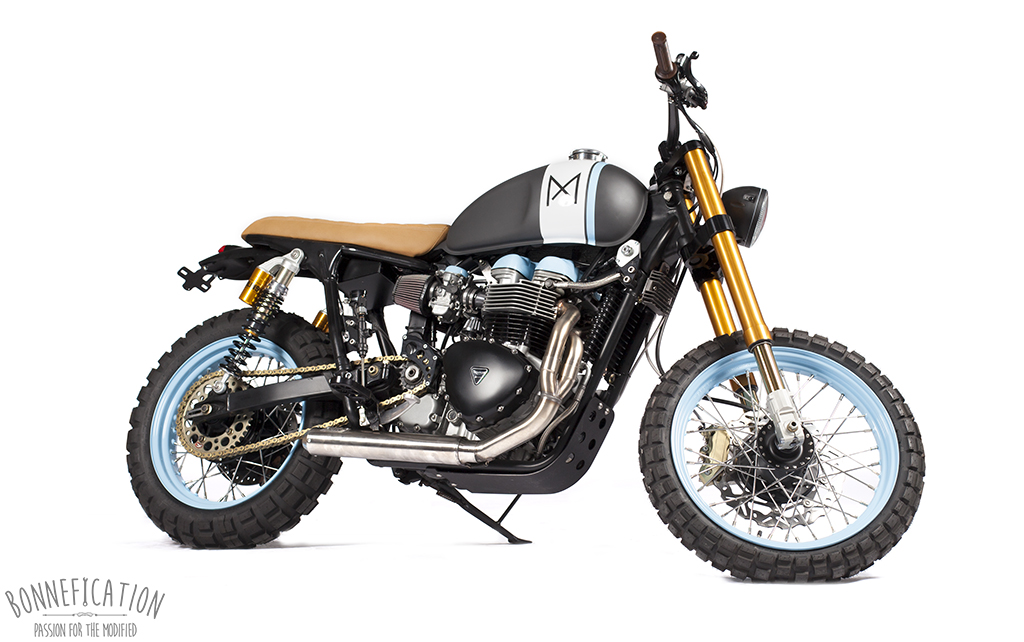 “…we think that this is for sure the best equipped bike we have ever done, and the bike that performs better. It´s a huge difference riding this or an original Bonnie. We forget that this is the same bike. Although it seems like a 2014 bike! It handles amazing, and it roars like a thunder! One thing is certain, this motorcycle will not go unnoticed, on the Lisbon streets!” – Luis Correia

Previous
Down & Out – Triumph Scrambler