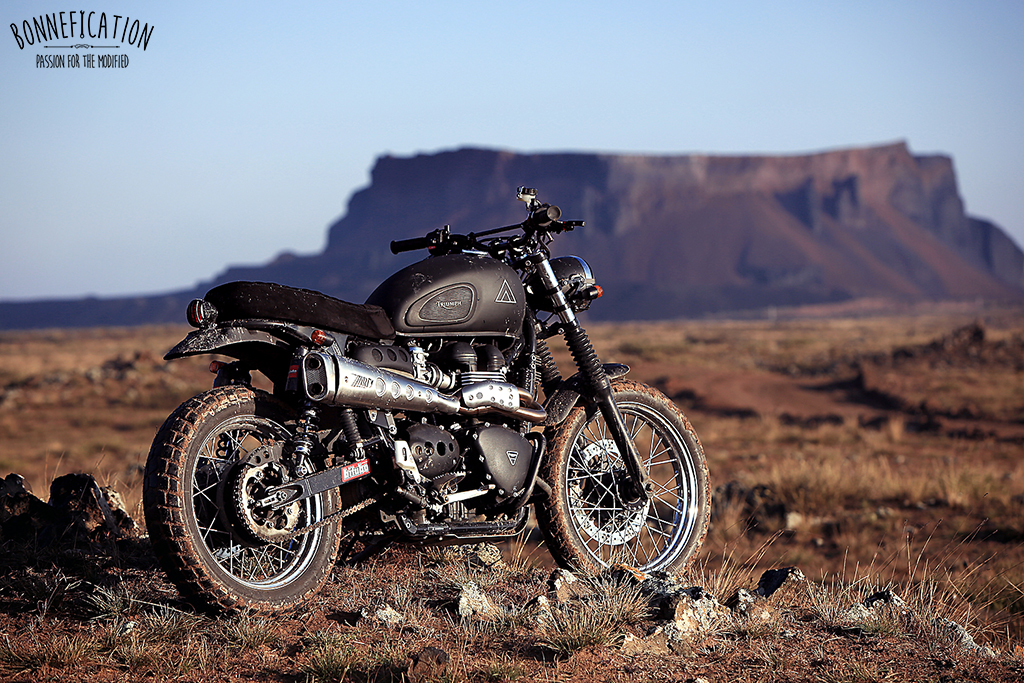 When I think ‘Desert Racer‘, I think of bikes rumbling across the deserts of Southern California, Nevada and Mexico, not the Gobi desert of northern China. But thats the barren landscape this particular custom 2013 Triumph Scrambler may well call its home. Built by the guys at Mandrill Café, Beijing… who it would appear are China’s Deus Ex Machina, and who are a hub for socialising and custom motorcycles in Beijing, and surrounding areas. 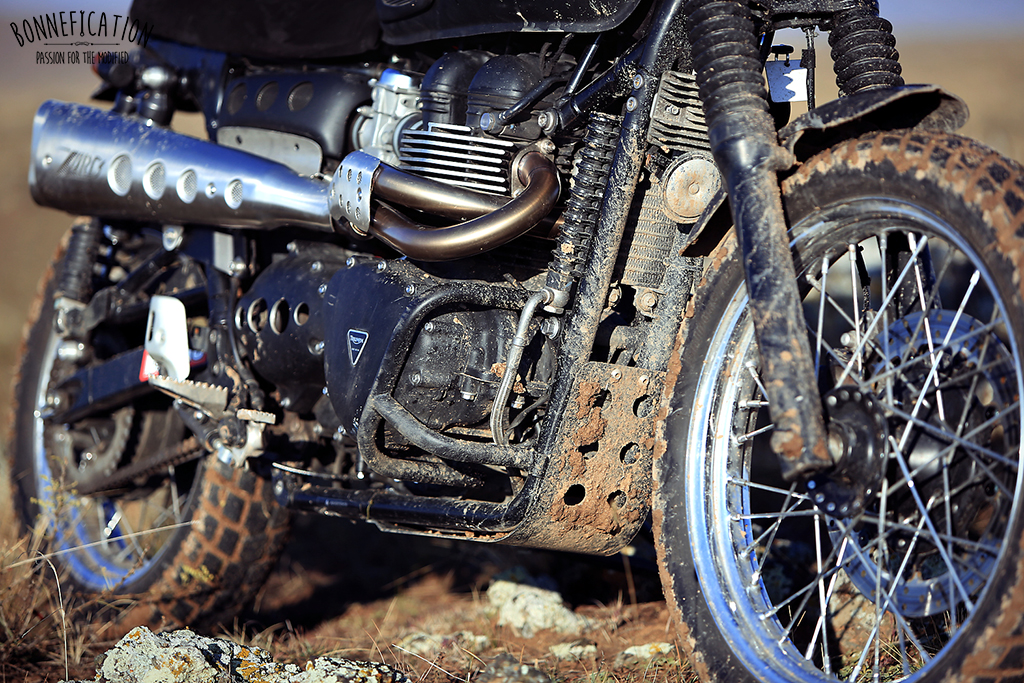 This custom Triumph Twin was intentionally built on a budget, so a lot of the original parts have been retained, simply being modified. The frame and seat have been shorted, which is a good idea when customising the Triumph as it’s a simple and effective way of changing the look of the overlong stock machine. 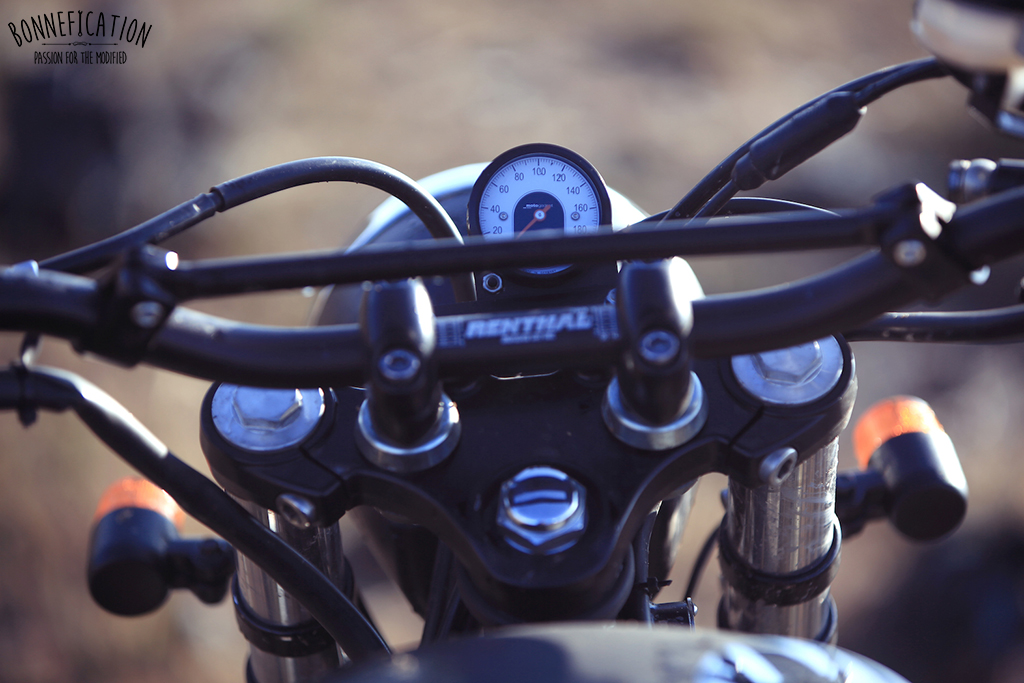 New parts include the very nice Zard 2-1 High, short, Renthal Bars and the Motogadget ‘Tiny’ Speedo, which is one of the few (perhaps only) custom speedos to be plug and play on the CAN-Bus Triumphs. Other sublet mods include mini indicators, ignition relocation, and uprated shocks. Perhaps if David Beckham wanted to film a documentary about China, this may be the bike for him. 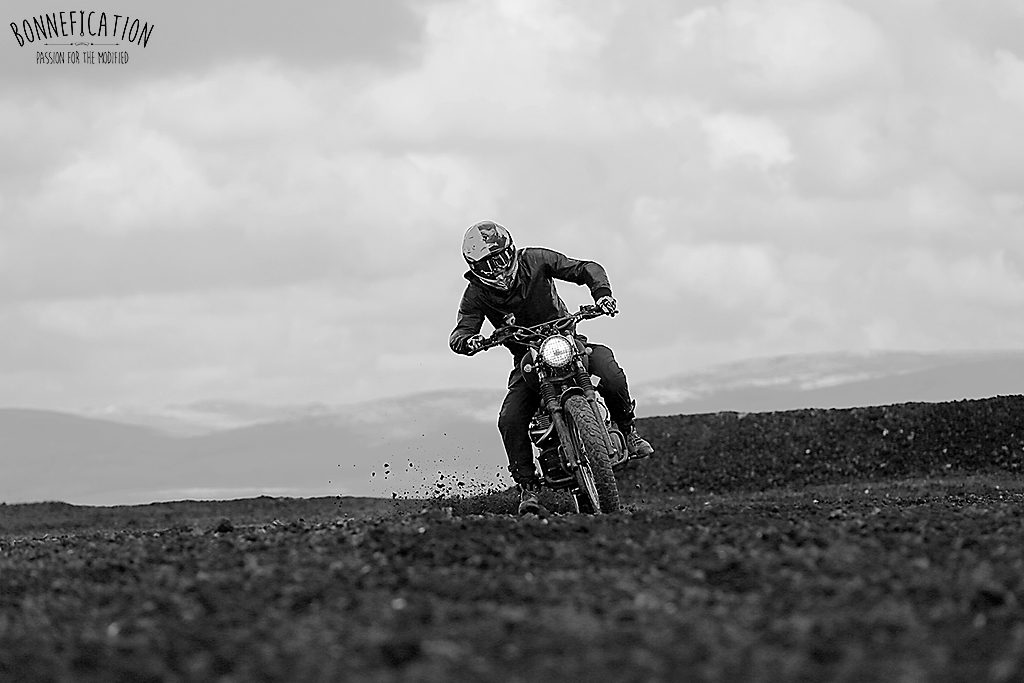 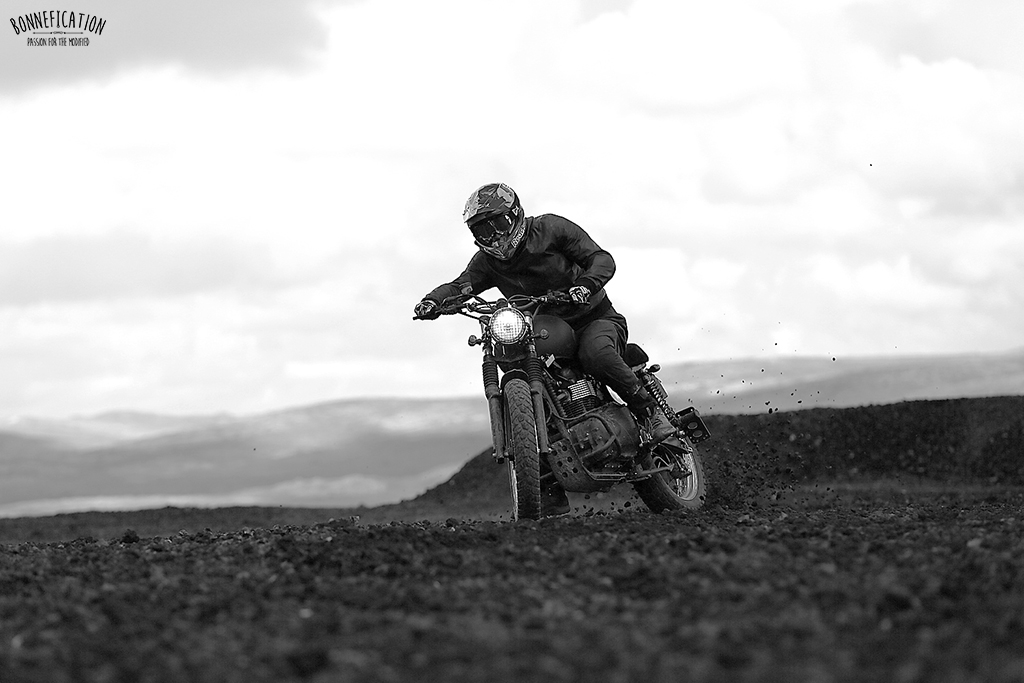 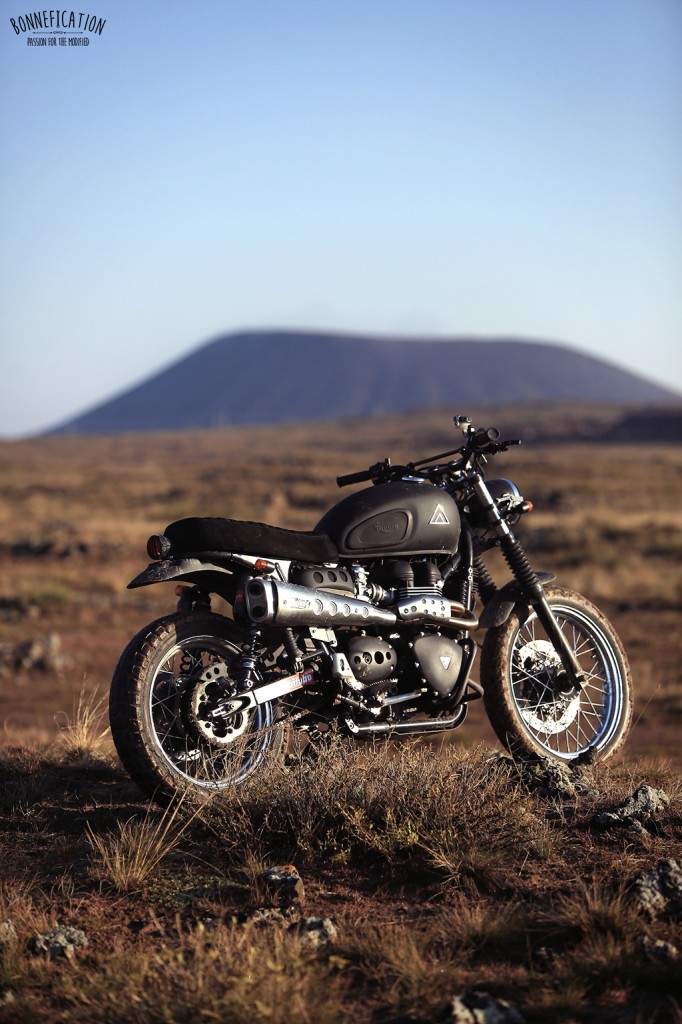 Next
Down & Out – Triumph Scrambler