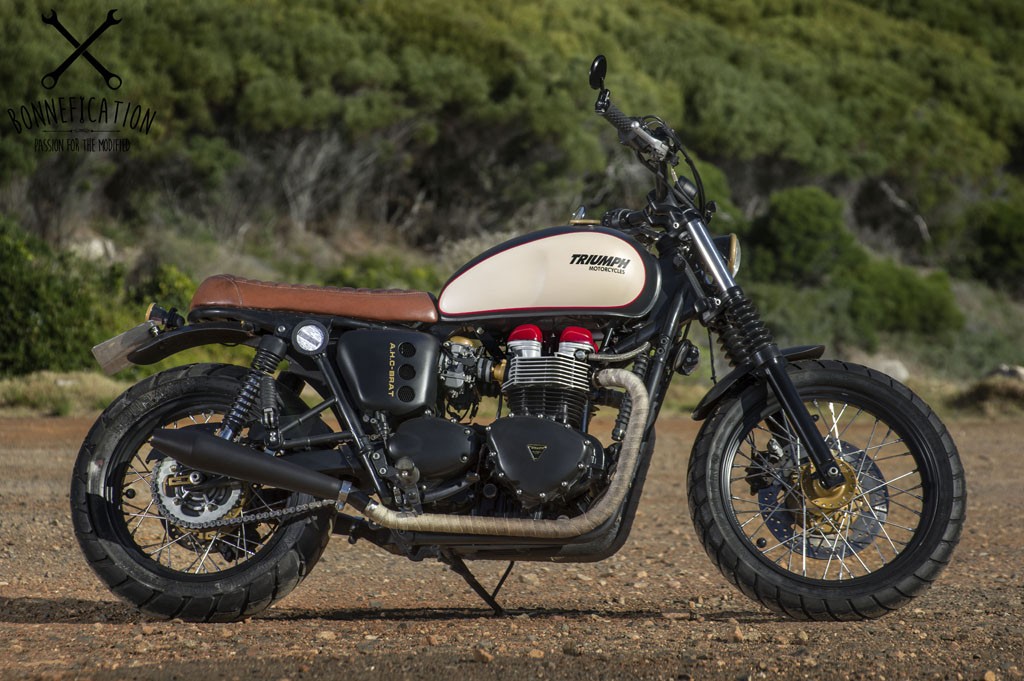 From Anti-Hero Custom Cycles comes this sweet 2007 T100 named  A.H.C BRAT. Anti-Hero Custom Cycles are the skunkworks to Fast Bikes Triumph, the Authored Triumph dealer in the Northern Province of South Africa. Started in 2010 A.H.C are gaining in popularity, with a name for not just assembling motorcycles with aftermarket parts, or farming out their design, fabrication and paint to others, but for doing all the work in-house with their team of master craftsmanship and qualified Triumph technicians. 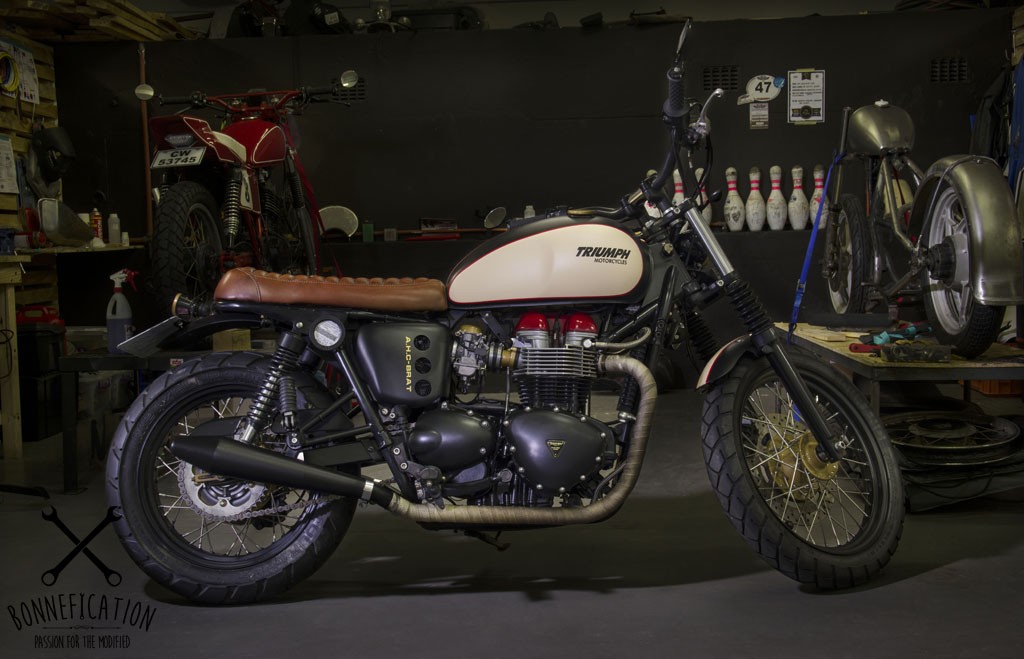 The guys  A.H.C are well aquatinted with modifying the Triumph Twin, but so far this has to be my favourite, a bike which was commissioned for a client in Cape Town. 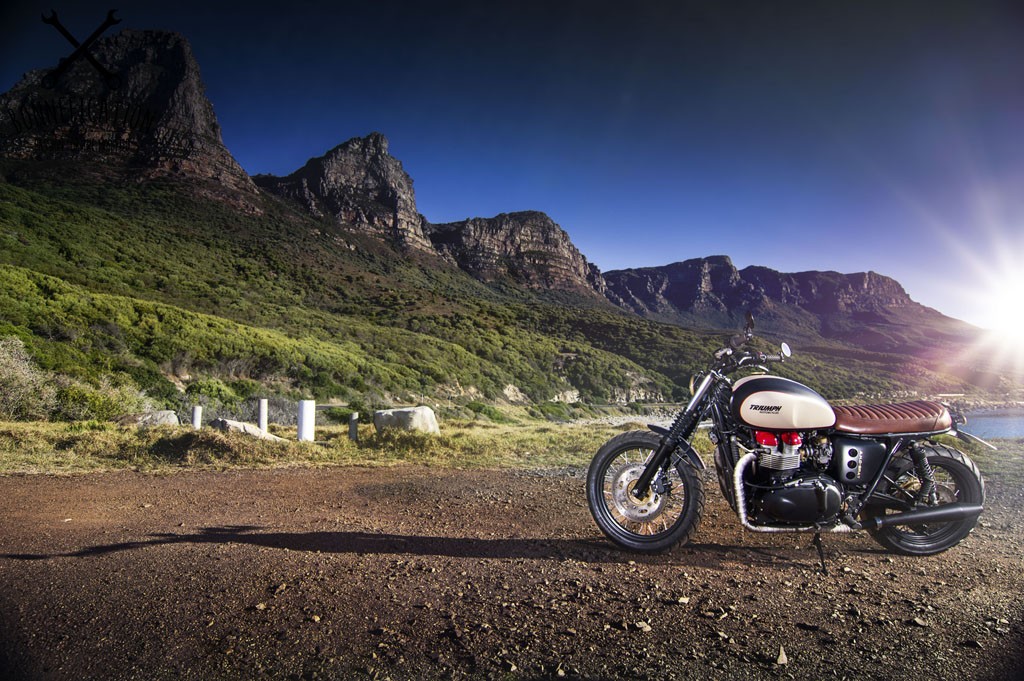 The donor bike received a complete Strip-down, with the frame being cut down by 200mm and a frame loop added. The original seat base and foam was retained, cut down and recovered by Leatherman D in brown leather with a Anti-Hero logo stiched at the back. 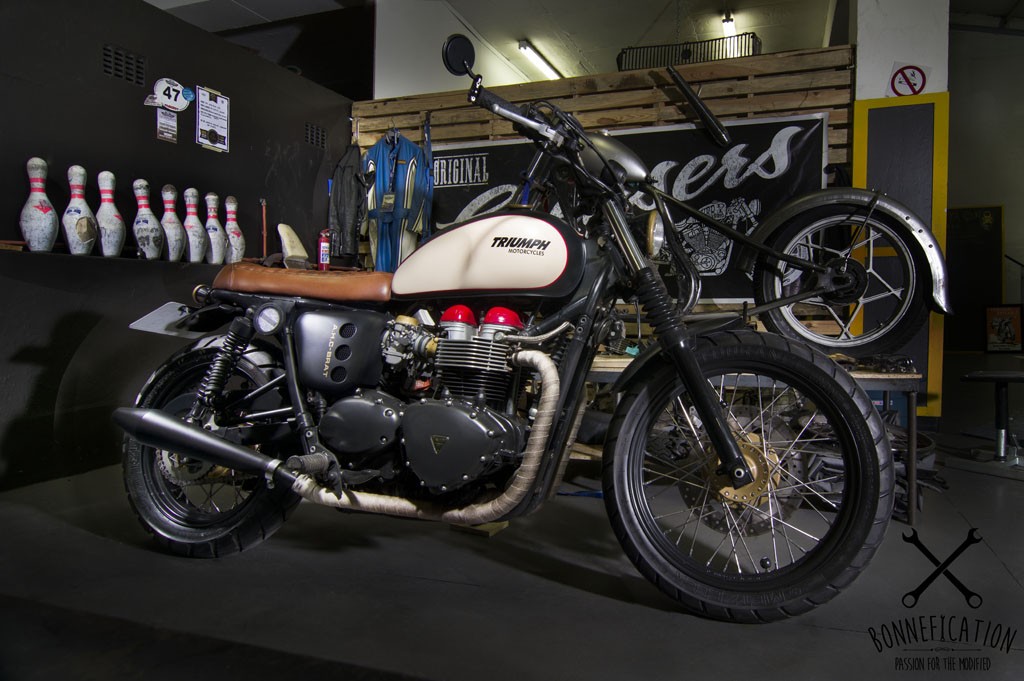 Front fender was shortened with the rear being replaced with a modified front fender (clever) this was topped off with a vintage tail light. The front headlight has been replaced with a 140mm centre mounted vintage style item (should of moved the rectifier from the forks) and fitted with a custom made bracket. 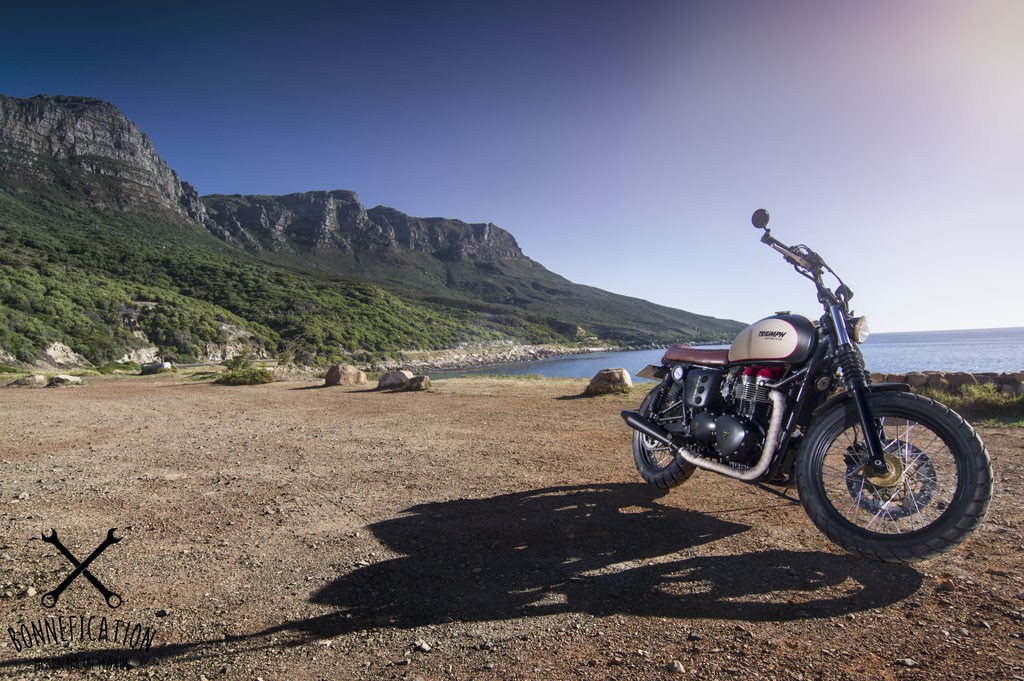 The side cover have been drilled and finished with matte black gauze, which allows for better airflow into the DNA Performance air filter housed in the modified air box. The tank has been repainted in a satin Cream and Diamond Black, with a Red Pin tripe and finished with custom decals. Other detail include a Lipstick Red Cam cover. Harley Davidson, Dyna Wide Glide handlebars and raisers, with Lowbrow Retro Waffle Grips, black bar end mirrors, Acewell, 60mm black electronic speedo and LED turn signals. 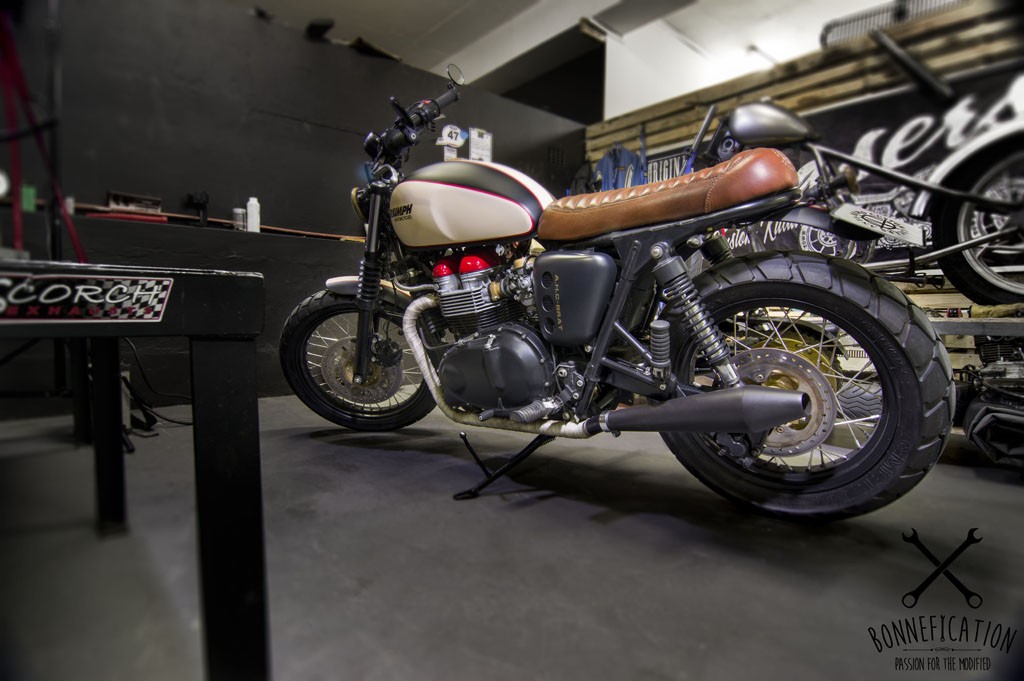 Front and rear shock are stock, but the front has has had the oil replaced with a 10w for better fell on the front end, then fitted with fork gaiters. The rear shock have simply been powder coated in satin black.  The Satin black wheels wear Metzeler Tourance tyres which are bigger both front and rear, being fitted with 110/80×19 and 150/70×17 respectively. Performance has been increased with a Dynojet Stage 1 Carb Kit and Reverse Cones in Matte black with Cream heat wrap on the headers. The guys at Anti-Hero Custom Cycles are now moving on to their next project which is another T100, which will pend its life in Argentina 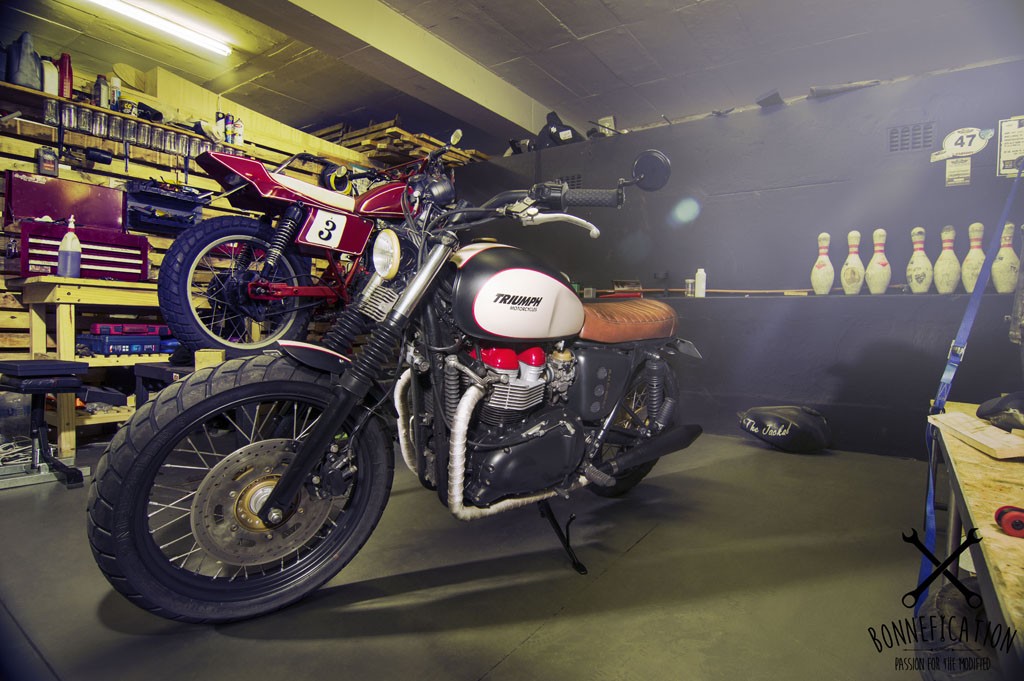