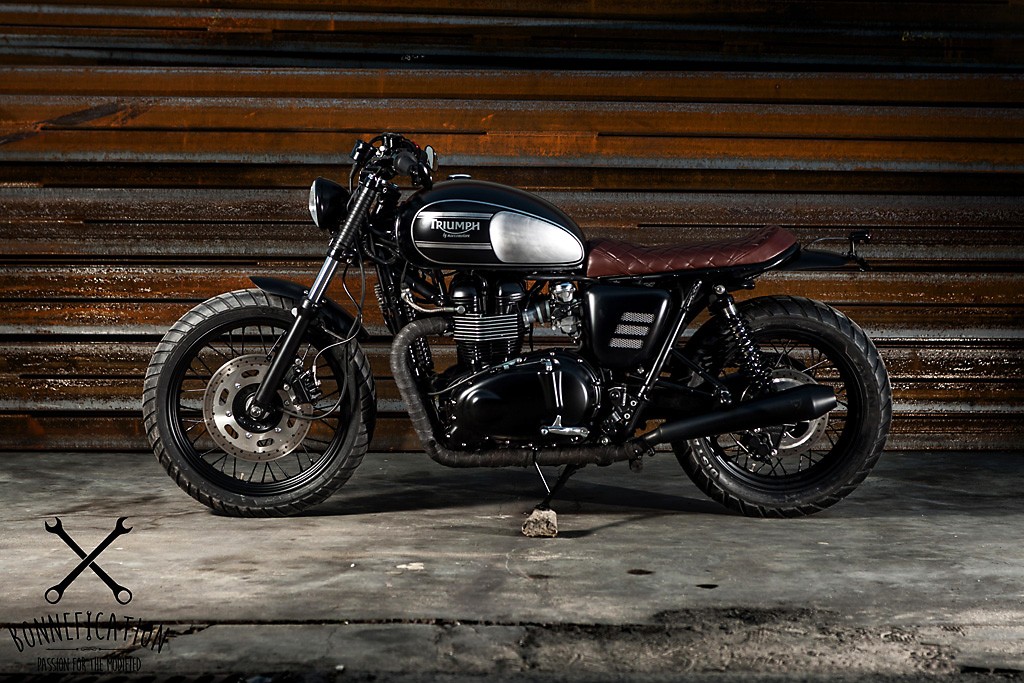 This is the latest build from Jose and Tito of Spain’s Macco Motors. The donor bike is a a 2008 EFI Triumph Bonneville T100 and named “Black Baron”. The bike was a commission by Rob from the UK, though the bike was sourced locally with only 5.000 km on the clock. Rob wanted his very own ‘Lizard King’ a bike which was based on Macco Motors very popular ‘Dusty Pearl’ –  both bikes being featured on Bonnefication. Though each bike is based on a similar concept and look, each is slightly different with Jose and Tito not wanting to produce a facsimile of the Dusty Pearl. For Black Baron the guys went for blacker on the tank and browner for the seat. 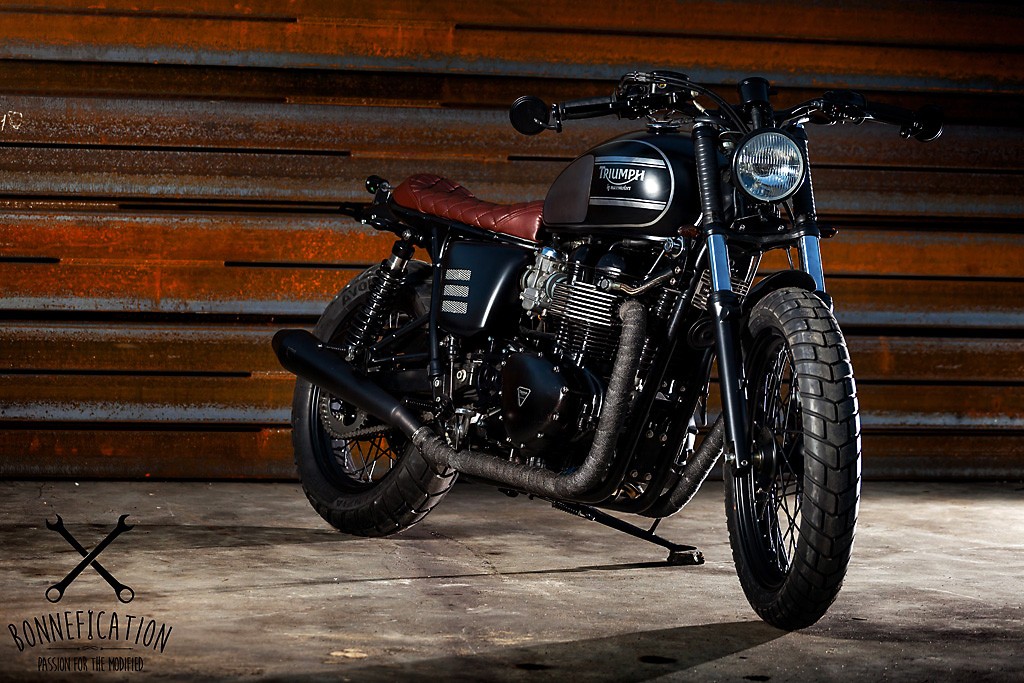 Like the previous builds the frame has been shortened and a frame loop, with a nice up-sweep has been welded into position. Both front and rear  mudguard has been replaced with much lighter and shorter  fiberglass items, which have been painted satin black, with the rear now sporting a vintage style tail-light. The aftermarket turn signals have been relocated to the rear shock mounts and bottom yoke using brackets. At the front the stock headlight and mounts have been replaced with a more compact, Bates style center mounted item. 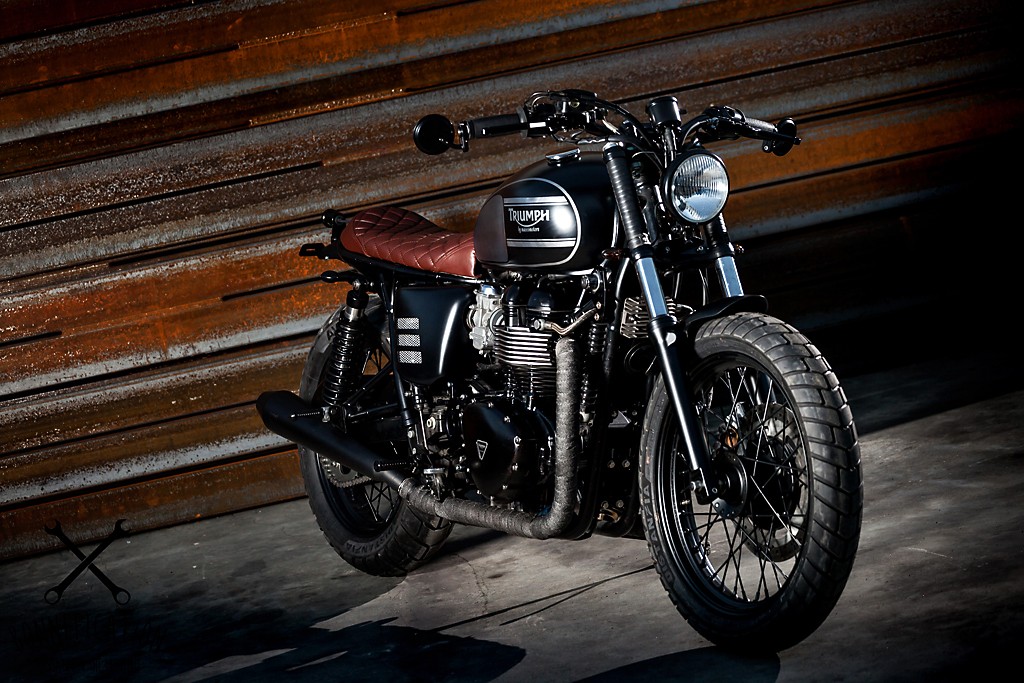 With the removal of the stock indicators and headlight, which  tidies the front of the bike considerably, the rectifier would then be on show and it’s one an ugly bugger. This was moved to the frame where the horn is usually mounted using a bracket, which now holds both rectifier and horn. This is the same case with the ignition switch which was moved from the headlight mounting bracket to the right had side of the frame. The amazing looking seat is covered in brown leather, with its diamond pattern stitch, which was made in house by Macco Motors, a seat which really sets off the bike a treat. 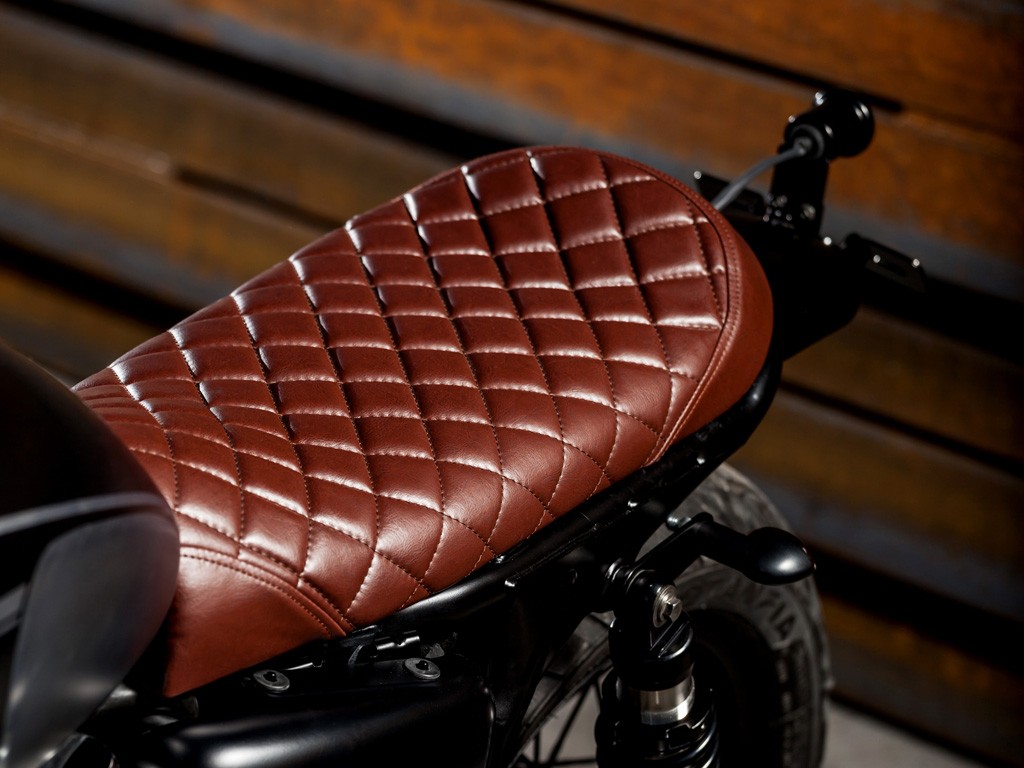 The black Handlebars are the Billtwell Tracker bars which wear black Biltwell renegade grips and short racing style clutch & brake levers. The huge OEM speedo, which always looks ridiculous when the stock headlight has been removed has been replaced with the ever-popular Yamaha XS650 style mini speedo, which has been proven easy to retrofit to pre CanBus (2011) Triumph Twins. The Tank and side cover have had the Macco Motors treatment with the tank receiving  custom paintwork which features  raw steel effect sections. 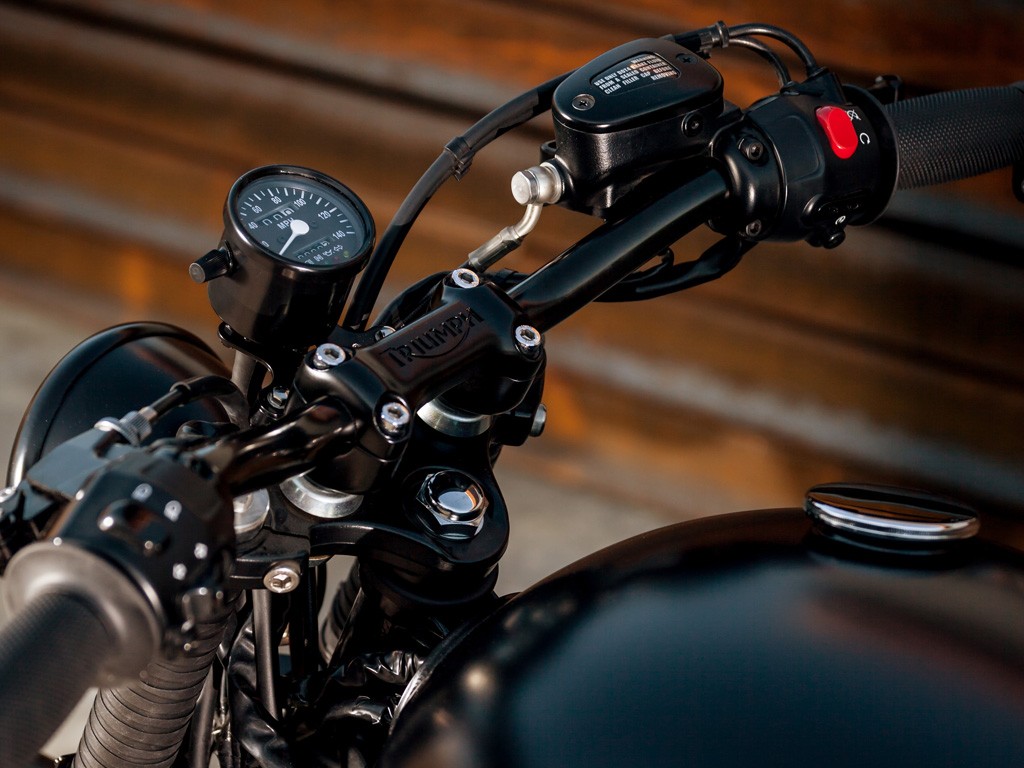 The side panels have been modified in the same way as previous builds, with meshed holes which allow the EFI system, who airbox sit behind, to breath a little easier. Other items to get a fresh lick of black paint include the frame and engine. 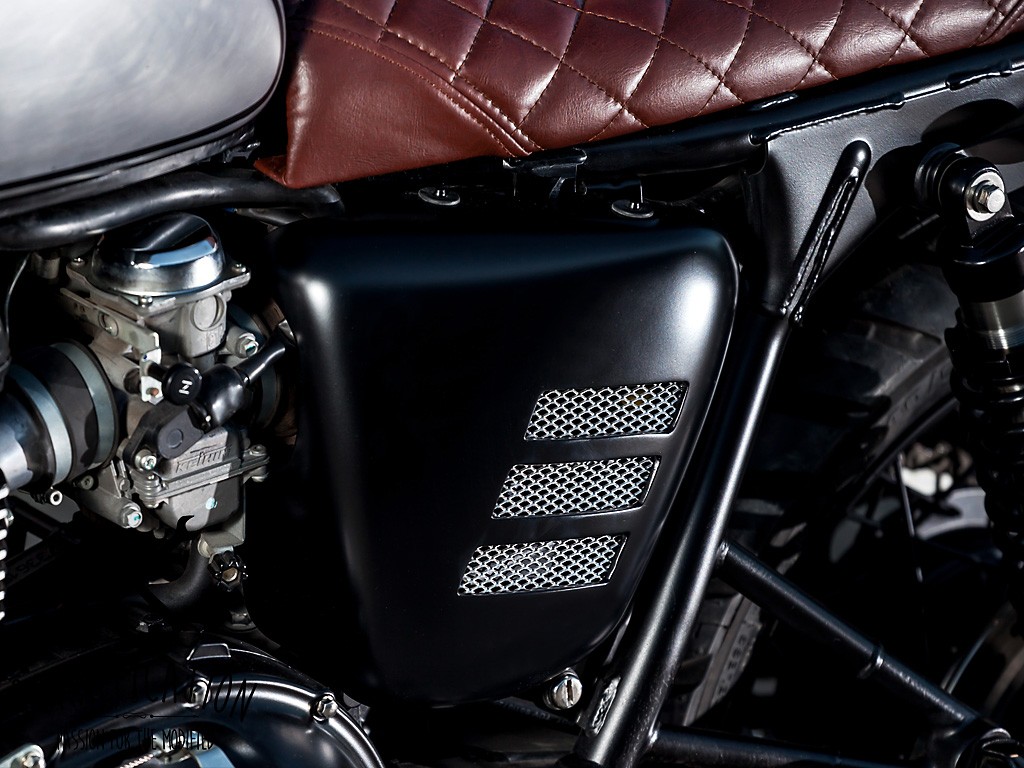 To stay with the Black theme, the wheels have been powder-coated and fitted with the more rugged looking Avon Distanzia tyres (110/80/19 at the front and a 140/80/17 at the rear) To improve hadling the suspension has been upgraded with Hagon Nitro shocks at the rear and matched with Hagon progressive springs at the front.  To give the ‘Black Baron’ a voice British Customs Preditors have been painted black to stay in theme, with the headers being wrapped in black heat tape. 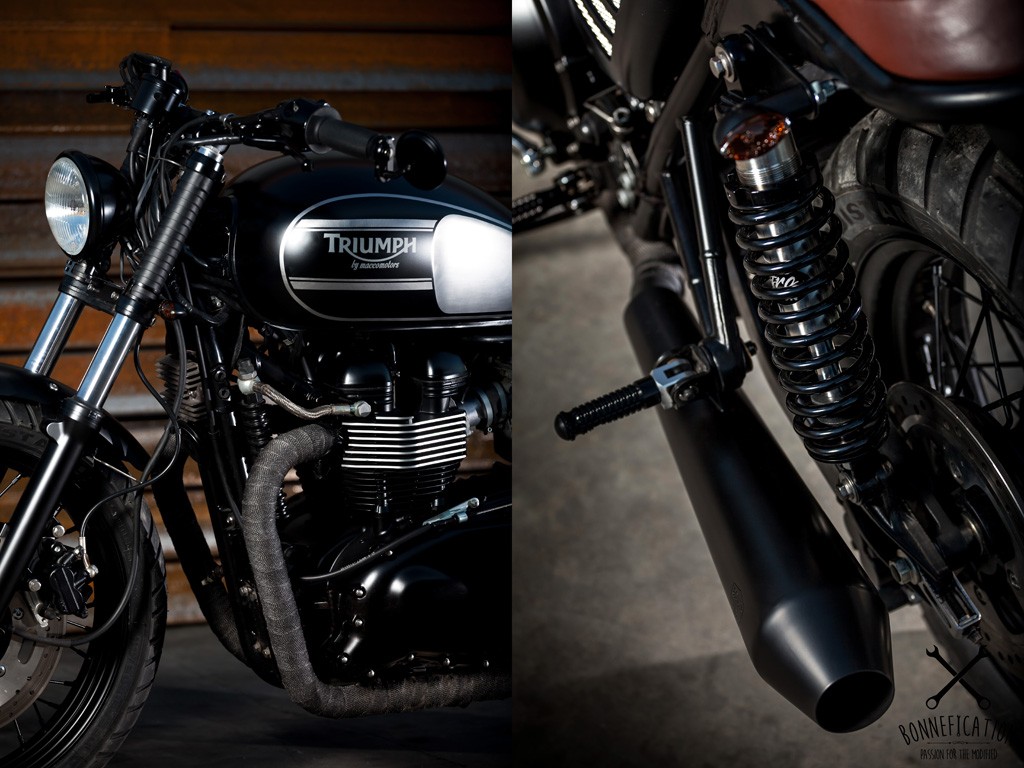