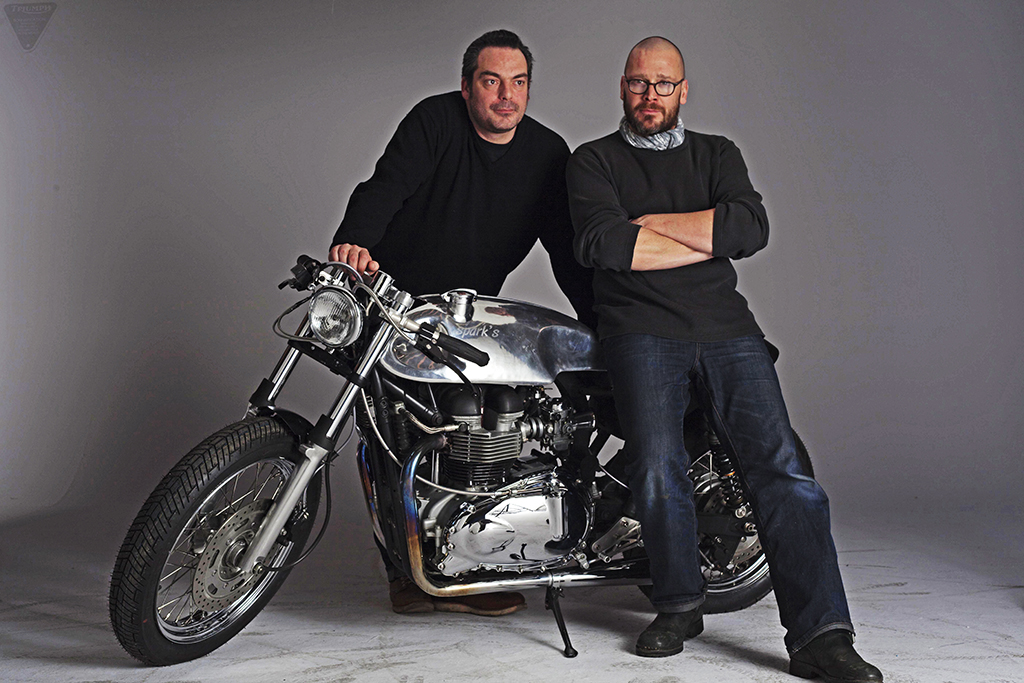 Sparks motorcycles was founded three years ago by two ‘crazy’ bike nuts from Brussels. Walt and Pierre had been running a motorcycles workshop specialising in repairing old Vespa’s and Lambretta’s, but when the two shut up shop at the end of the day both rode away on their Triumph’s , Walt rode a Triton and Pierre a Thruxton. 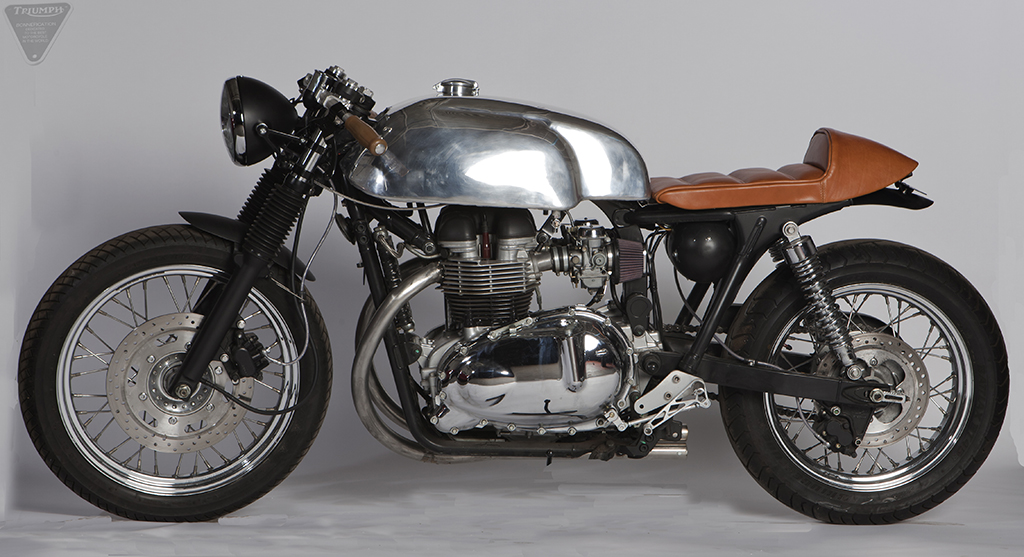 “Sparks Motorcycles finds its inspiration in English Motorcycles
from the 50s and 60’s. A time when riding meant freedom and
being different from the others….”

As the two sat chilling on the terrace of the local bar drinking Belgian beer, they noticed their bikes were receiving a lot of attention from fellow bikers, many asking the same question, ‘who owns these bikes‘, ‘what have you done‘ and the most important of all ‘can you build me one!’ 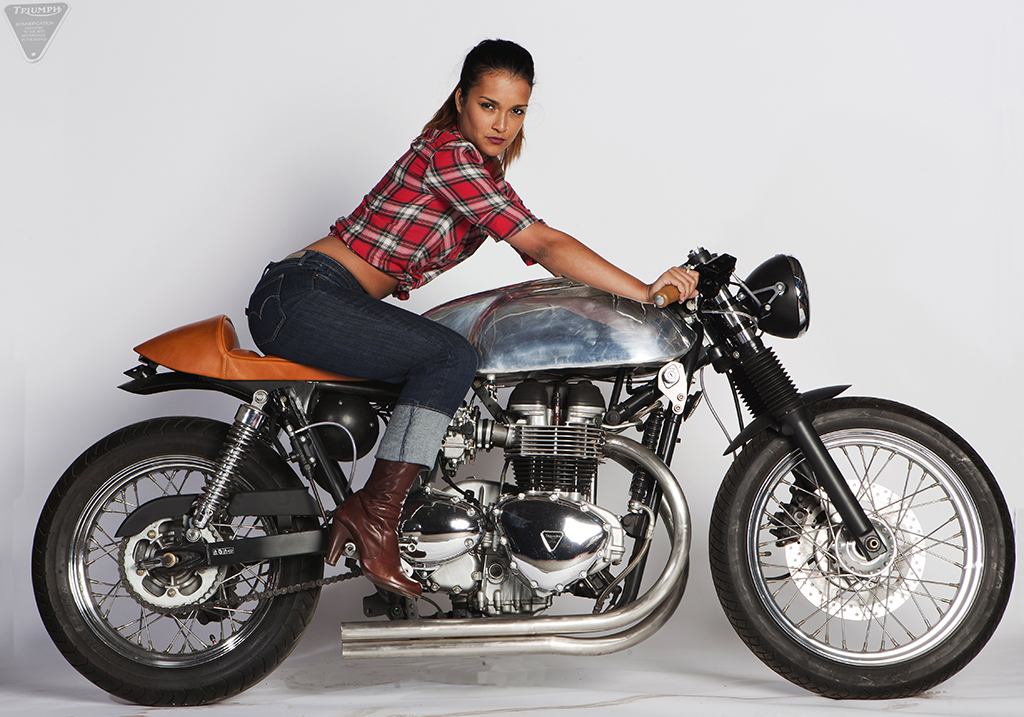 It didn’t take long for Walt and Pierre to see that there was a market that needed tapping. So they guys set about building a bike based on the Triumph to promote their new venture . This first build took Walt and Pierre 18month to complete, most of the time spent was spent sourcing parts or making their own such as the seat, mudguards and battery box. The fuel tank which is a key feature of the bike has been adapted to fit the Triumph. 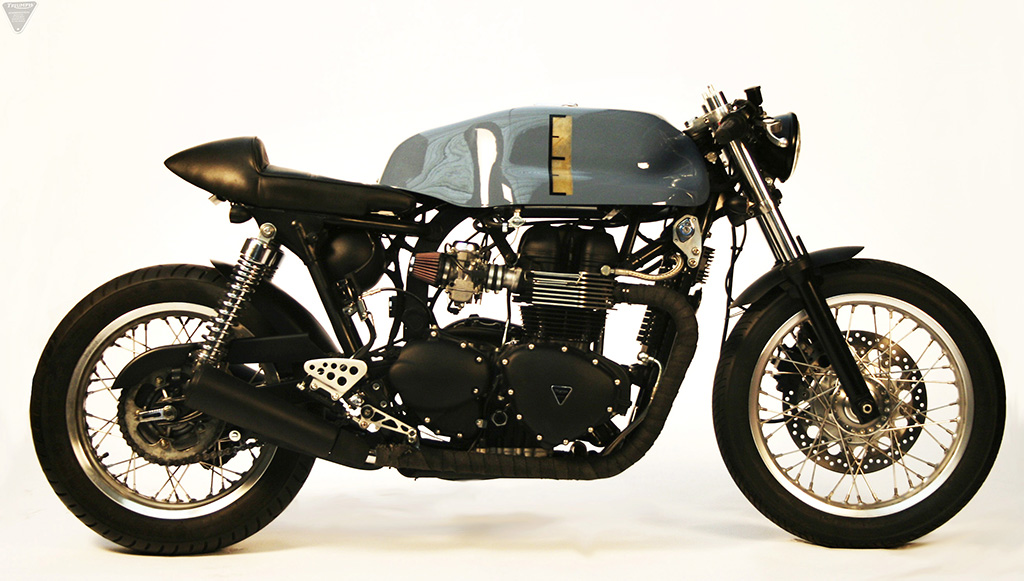 The first bike was received well at motorcycle show in Brussels, so the team decided to build another bike and the pair would be displayed at the Monthlery Cafe-Racer festival in France and again was received well. Since then Sparks has gone from strength to strength with a new workshop and two new members of staff Marc and Dave. Bikes no longer take 18 month to complete and new project can be completed in just a month. 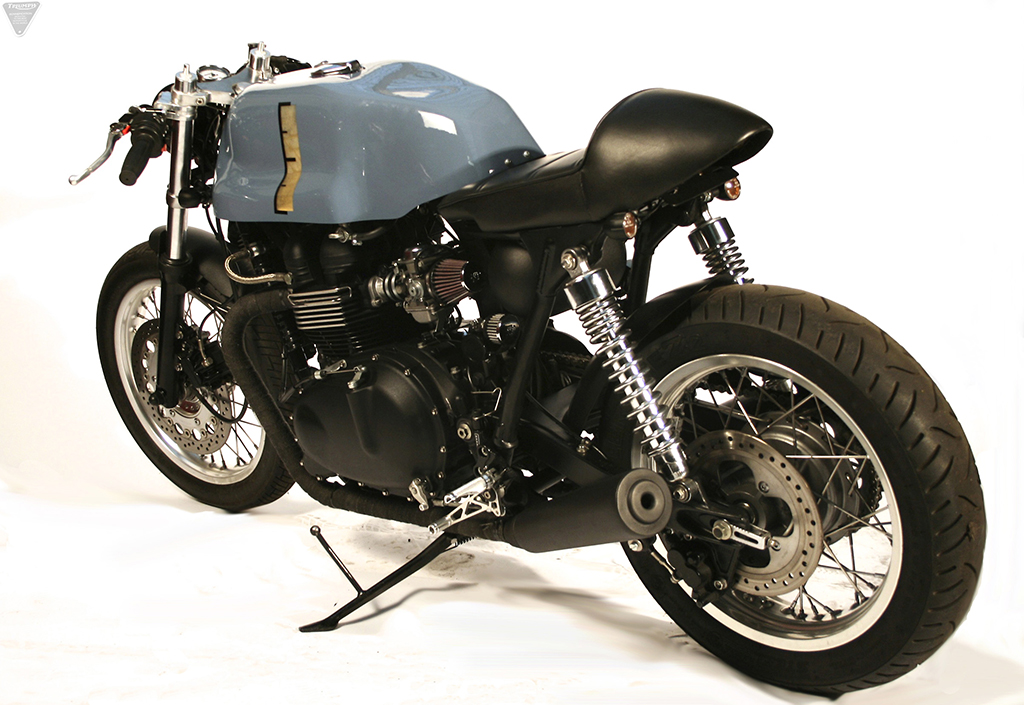 If your on the lookout for something special, why not give Walt and Pierre of Sparks motorcycles a call, Im sure they would love to hear from you.