Bonnefication was recently sent the rather attractive Cafe Racer style seat named the ‘Classy‘ – a seat which is available from Thailand based Omega Racer. On the Omega Racer website it says….  “Looking as good on a motorcycle as next to a pair of hand-made Italian shoes, this Triumph custom seat by Ride and Pride would make any bike look like something gasoline dreams are made of. Designed to be bolt-on, with no modifications/angle grinding/swearing/kicking the cat, means that you don’t need to worry about whether it will fit or not; it will (as long as you have a new ‘classic’ Triumph)…. ” 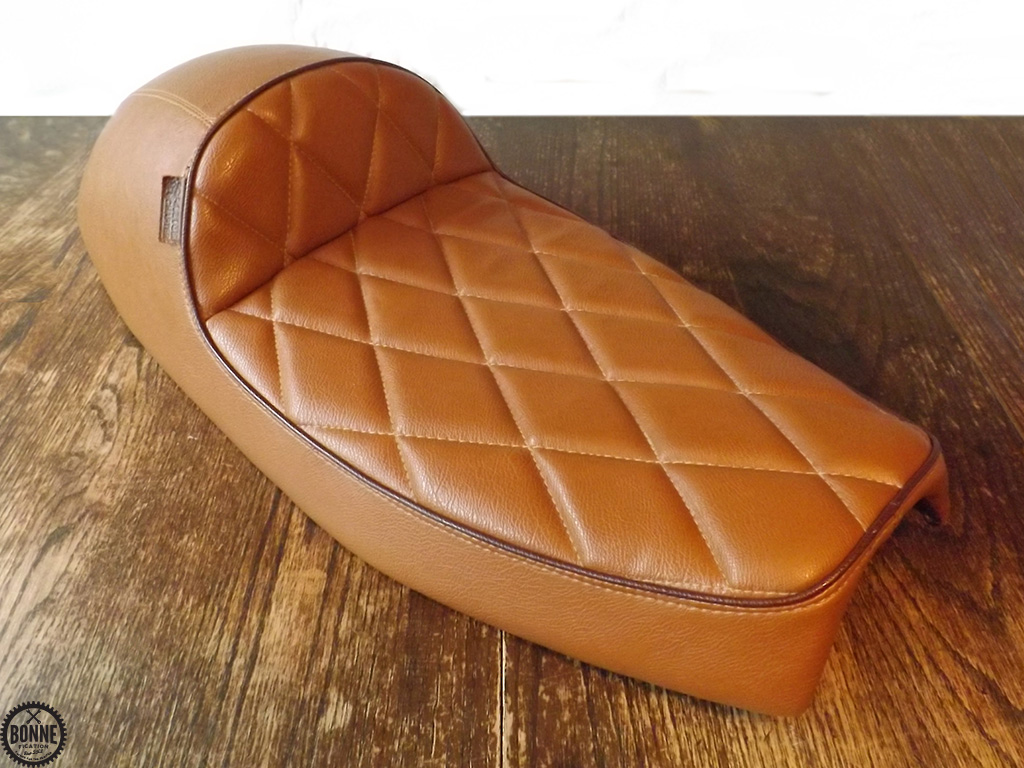 The seat is indeed a straight fit, though it did need a bit of a wiggle to get the front tab under the tank. The base is made in fibreglass and covered in diamonds stitched ‘naugahyde’, which is an American brand of artificial leather – Available in a range of colours which include Black, Oxblood, Light Brown (reviewed) & Dark brown. The ‘Classy‘ retails at $295.00, which is £198.68 (£238 approx. inc VAT in the UK) which you will pay when it arrives. Looking at the site you will also need to pay the £40 postage. If you wish you can choose to have a leather version made to order, prices for which depend on the leather and finish.

Also on the website it states that these seats ‘…DO NOT require parts from the stock seat to be installed. Everything is pre-installed…”, which is good news if you want to get some money back by selling the old OEM seat on eBay. 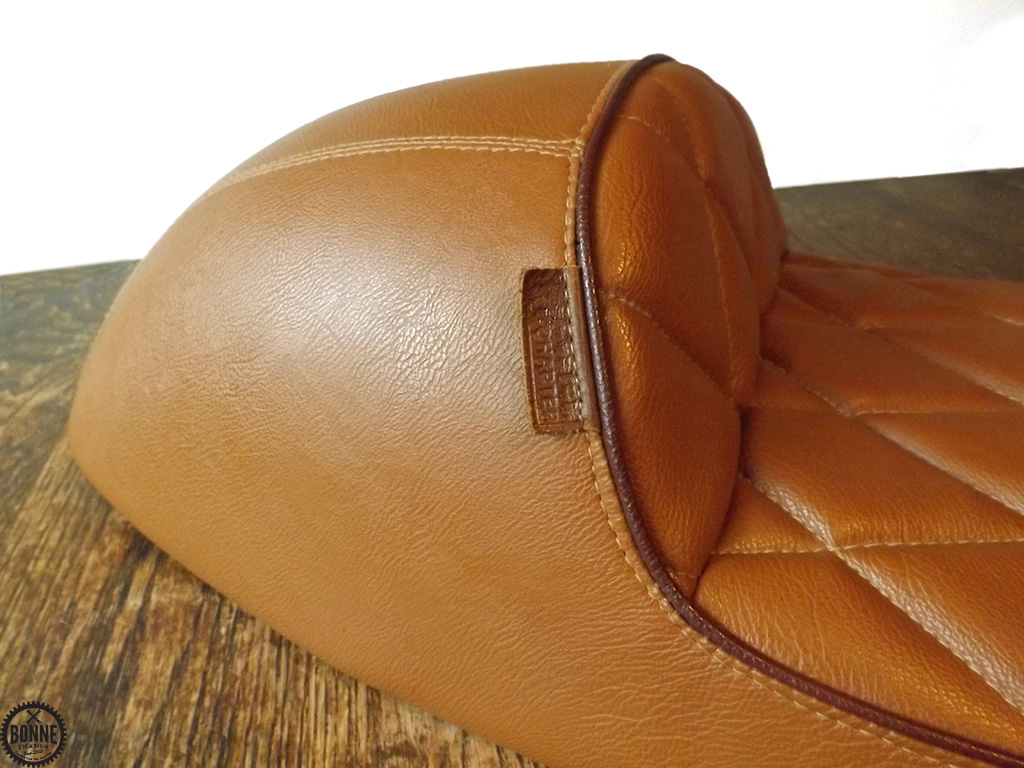 Looking at the underside of the ‘Classy‘ I did think it could do with a few more buffers/spacers as there are only two fitted to the seat I was sent. This may not be a problem, though on others seats I have seen there are rubbers buffers evenly spread around the seat distributing the weight away and strain from the rear mount. I have no evidence this would be a problem, so is only an observation. 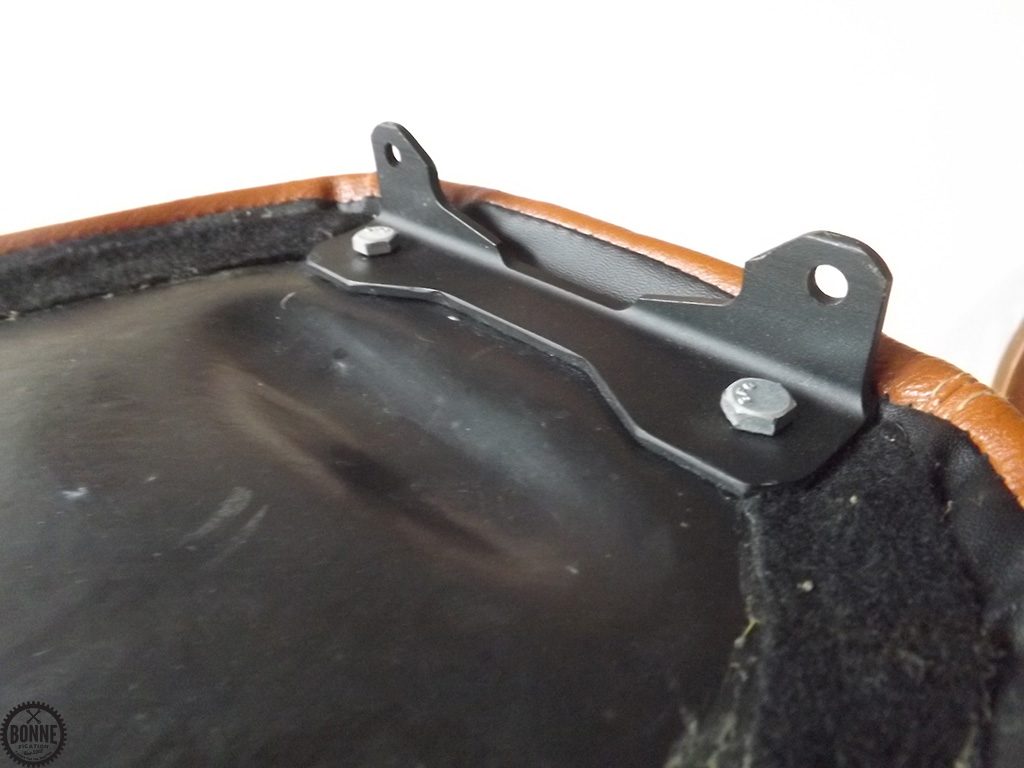 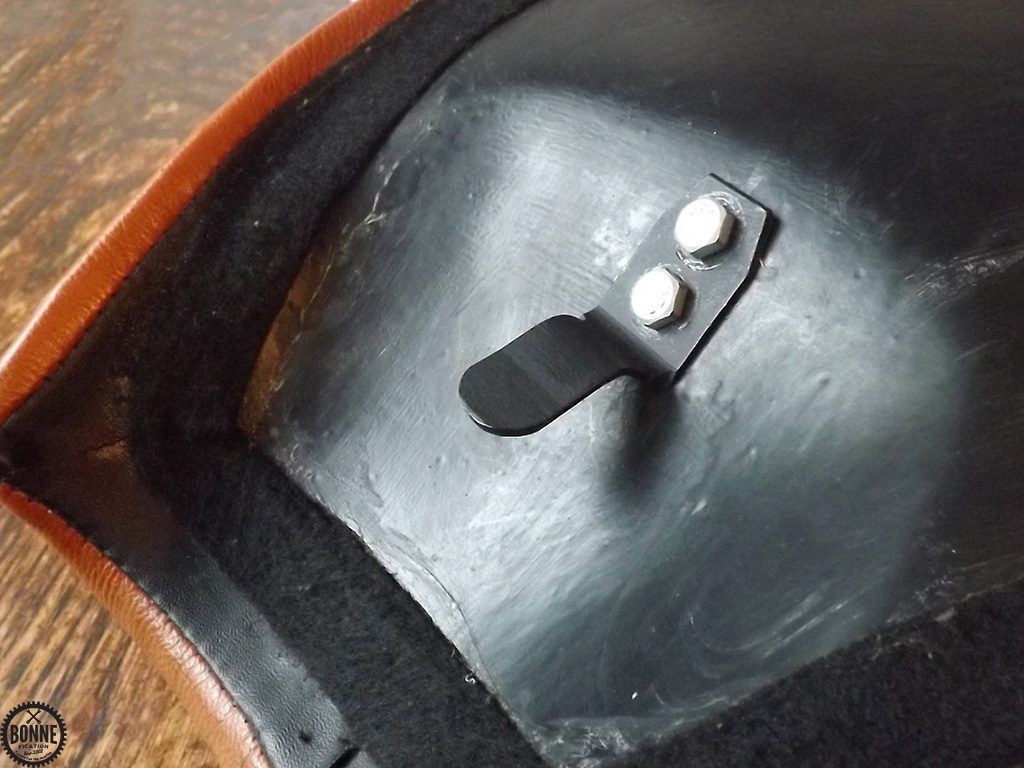 Like the British Customs Slammer seat the ‘Classy‘ is shorter and narrower than the OEM item (Length: 670mm, Width: 300mm) ending just after the rear mounts and exposing the frame rails either side  –  dimensions which are comparable to other shorty seats. 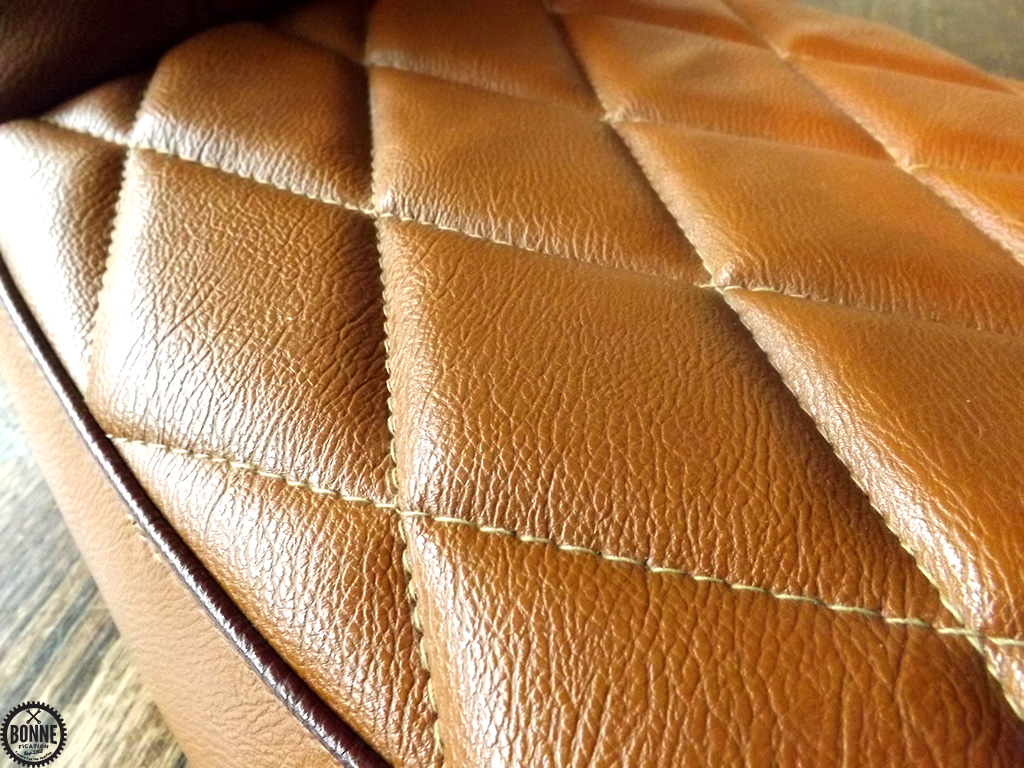 The ‘exposing the frame rails” does not mean the ‘Classy‘ is any thinner than the OEM unit, which simply wraps around the frame only making it appear thicker. The foam on the Classy didn’t appear any thicker, or in my butts option was it any more or less comfortable than the OEM seat. The hump on the Classy did its job of keeping you on the bike when accelerating hard, which from experience is rather reassuring especially if you have something like Carpal tunnel. 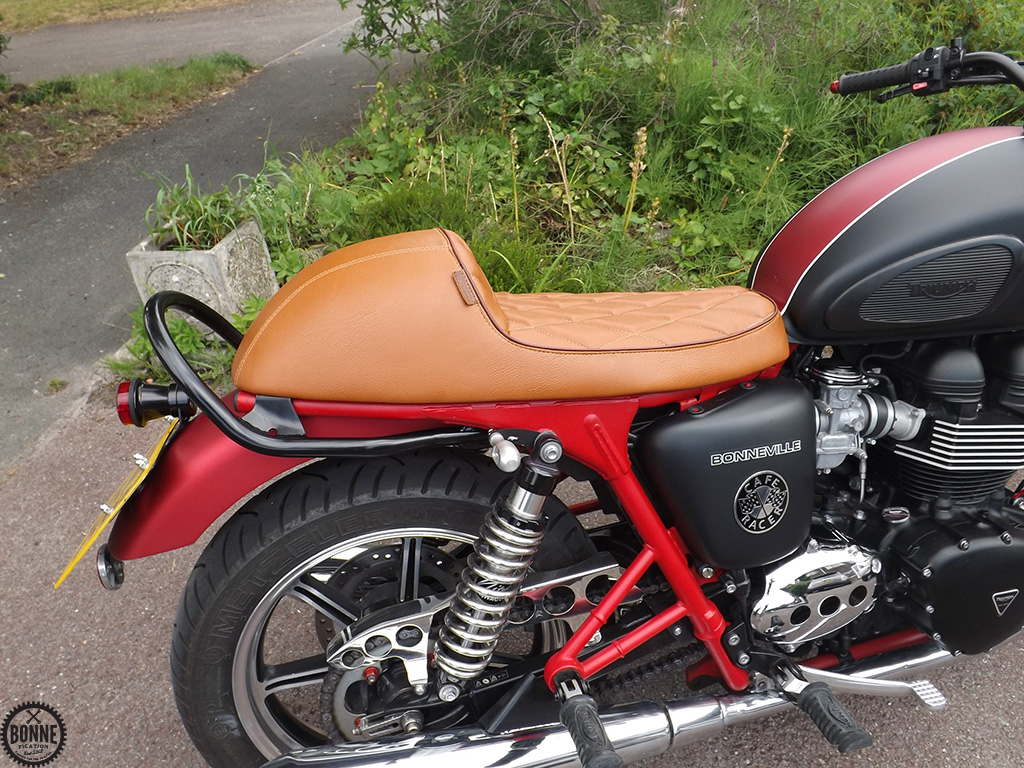 The quality of the Classy looks good and is covered with a reputable brand of artificial leather. The base appears to be well made as are the front and rear mounts though the bolts are not pretty but who’s looking. The seat has an attractive overall shape and looks great on the bike (though perhaps not the one it is pictured on….. colour clash!). If you are looking for a new seat with a hump, then the Classy is well worth taking a look at.

Until the 30th of October you can get a 25$ discount on all seats and tanks. using the code “Bonnefication” 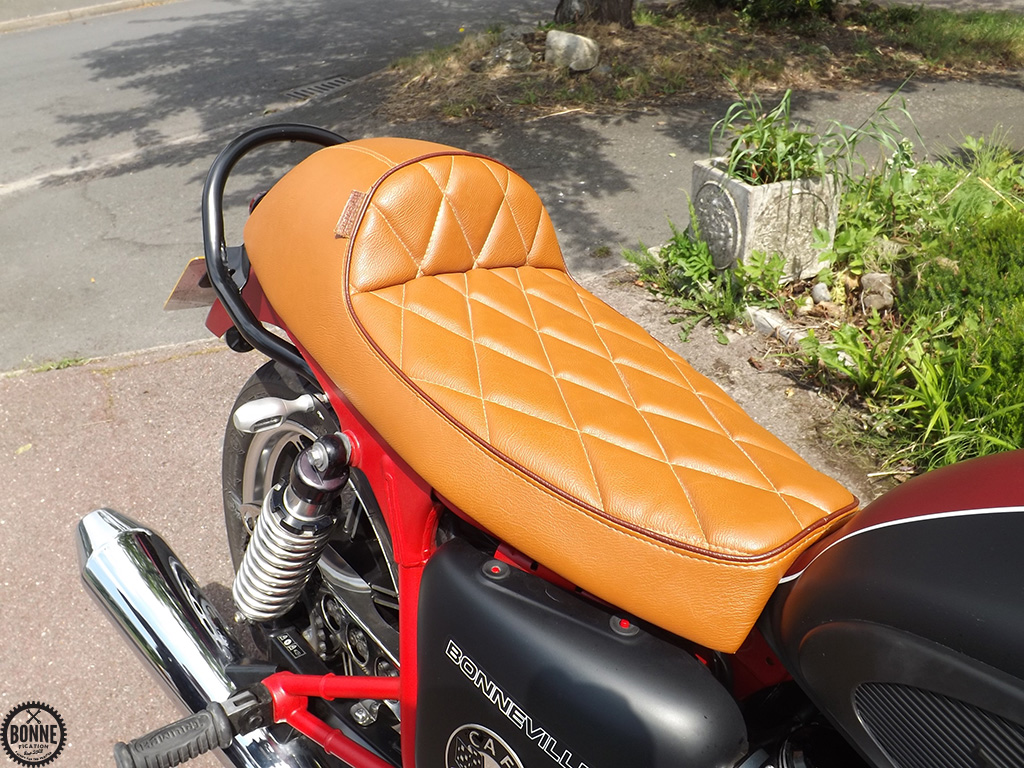 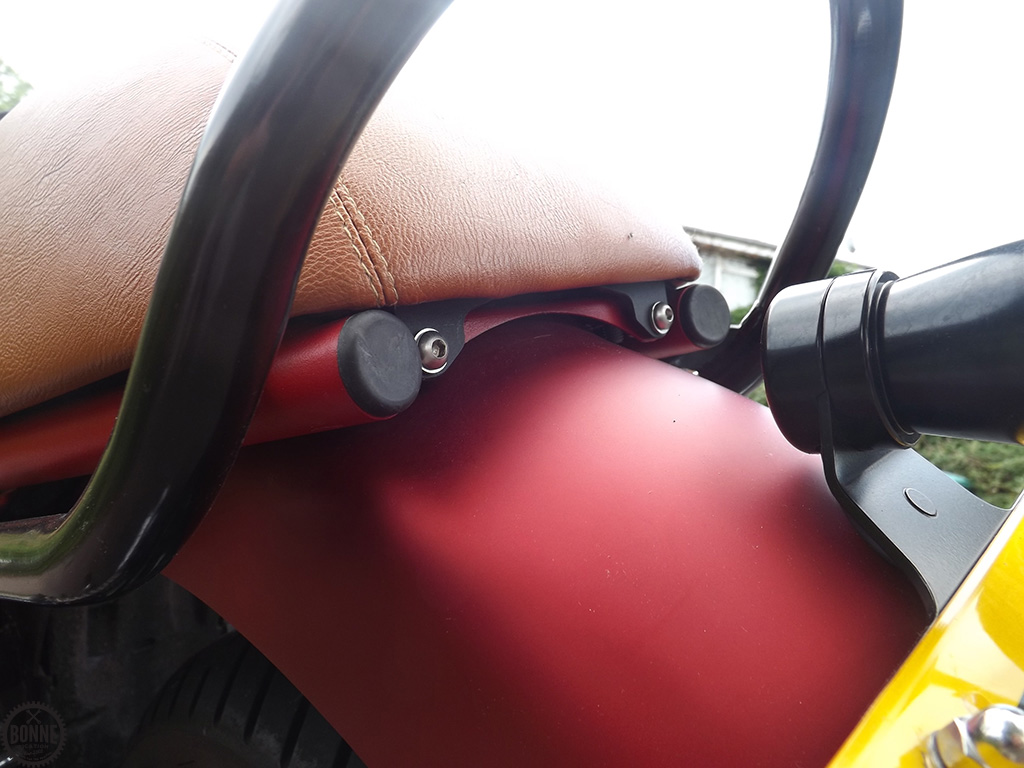