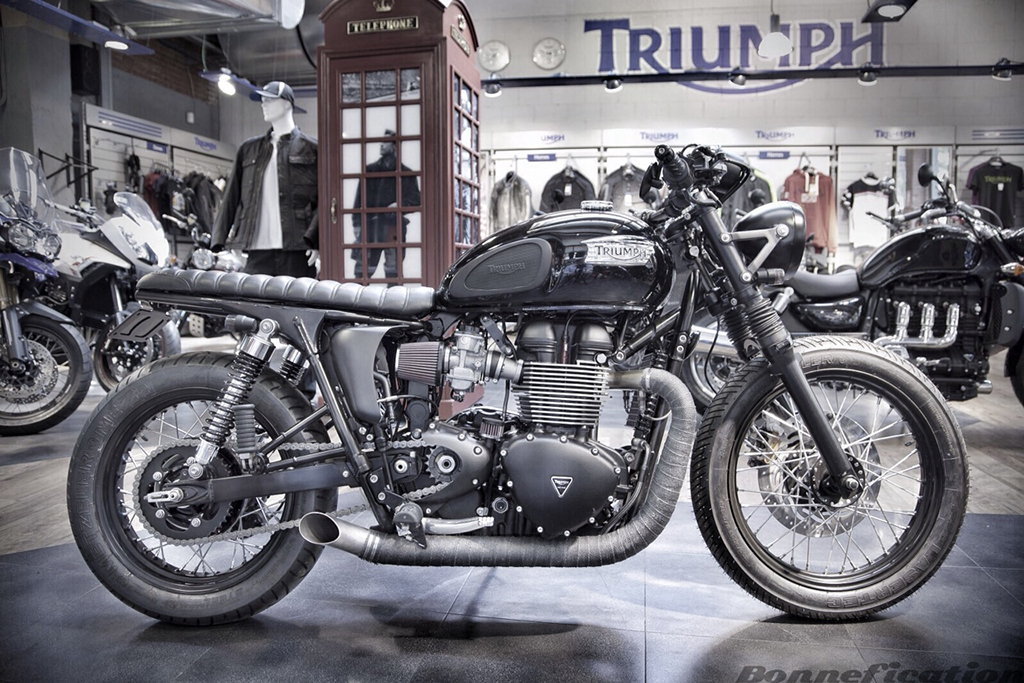 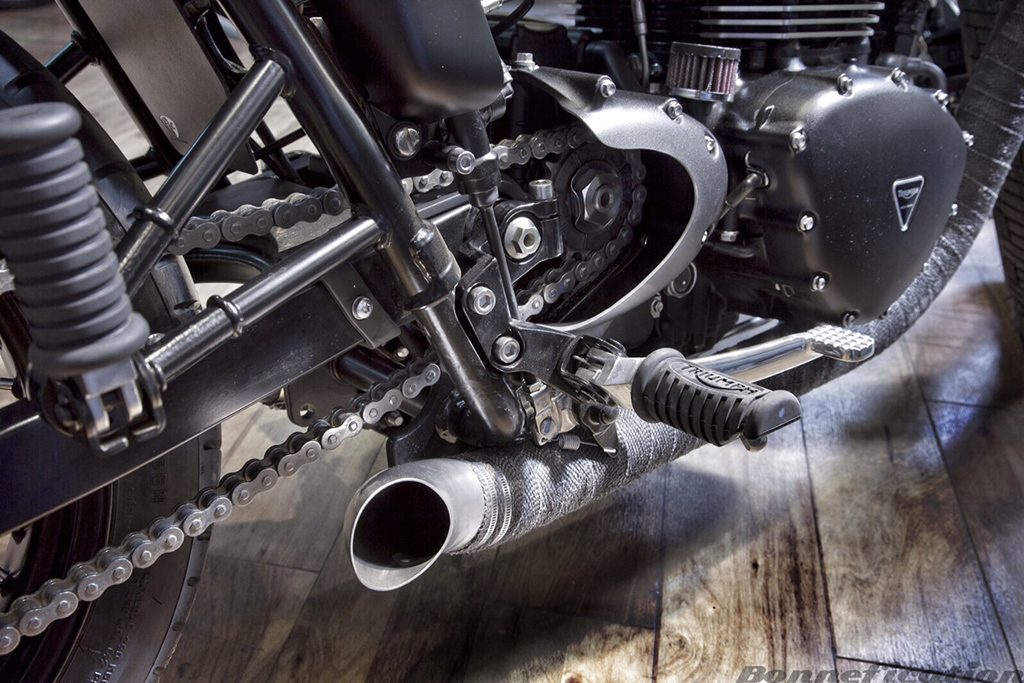 Starting with a brand new 2014 Bonneville Black, the guys set to work by changing the stock chrome front headlight with a black item, which I feel is more in keeping with a ‘Bonne Black’. The more attractive lightweight headlight mounts come form the Thruxton parts bin, with the ignition being relocated using the very nice Joker Machine bracket. Keeping with the ‘Black’ theme, 32″ Black ‘Drag bars’ have been fitted with black Mizu clutch and brake lever and black Oberon black bar end mirrors. 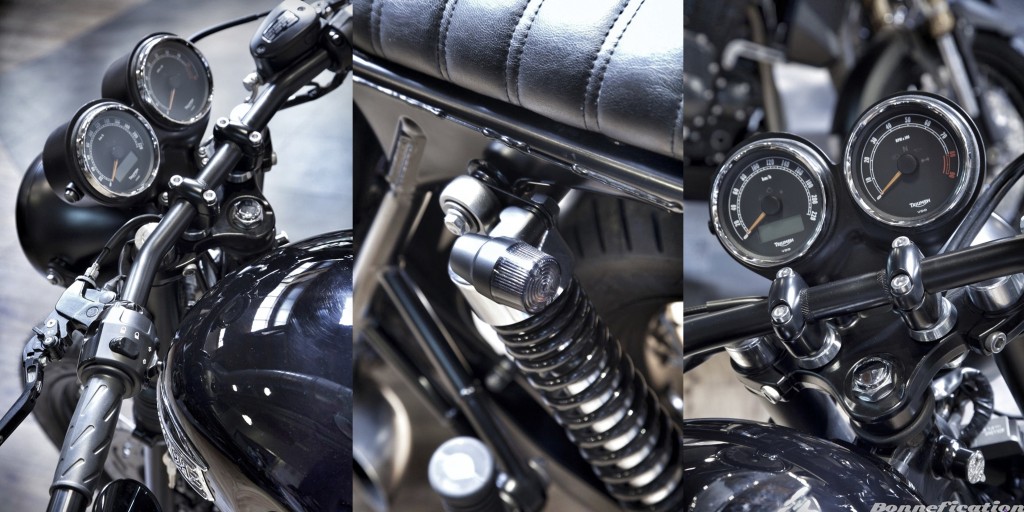 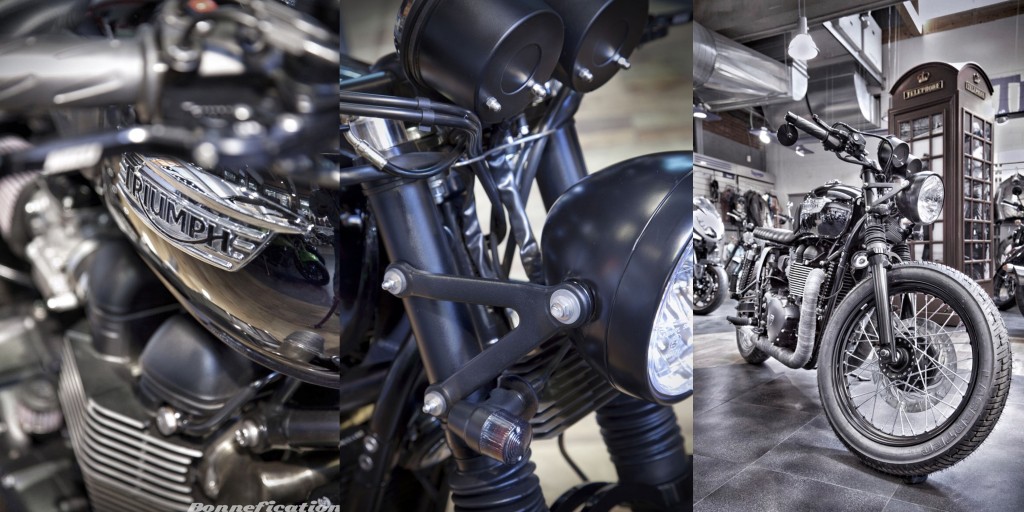 The seat has been shown some love, with the stock base being modified and retimed by XTrim Seats Barcelona. Finishing the bike off are the popular K&N, air filters which are being shown off by trimmed down stock side-covers. The exhaust is the super sexy Mass Moto Hot Rod system. 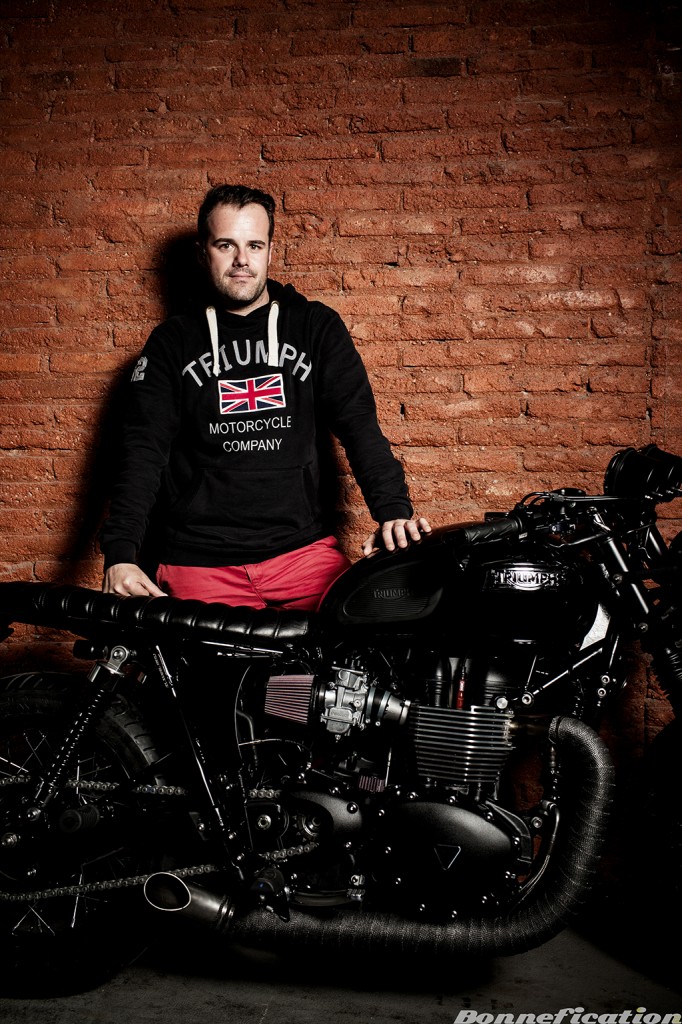