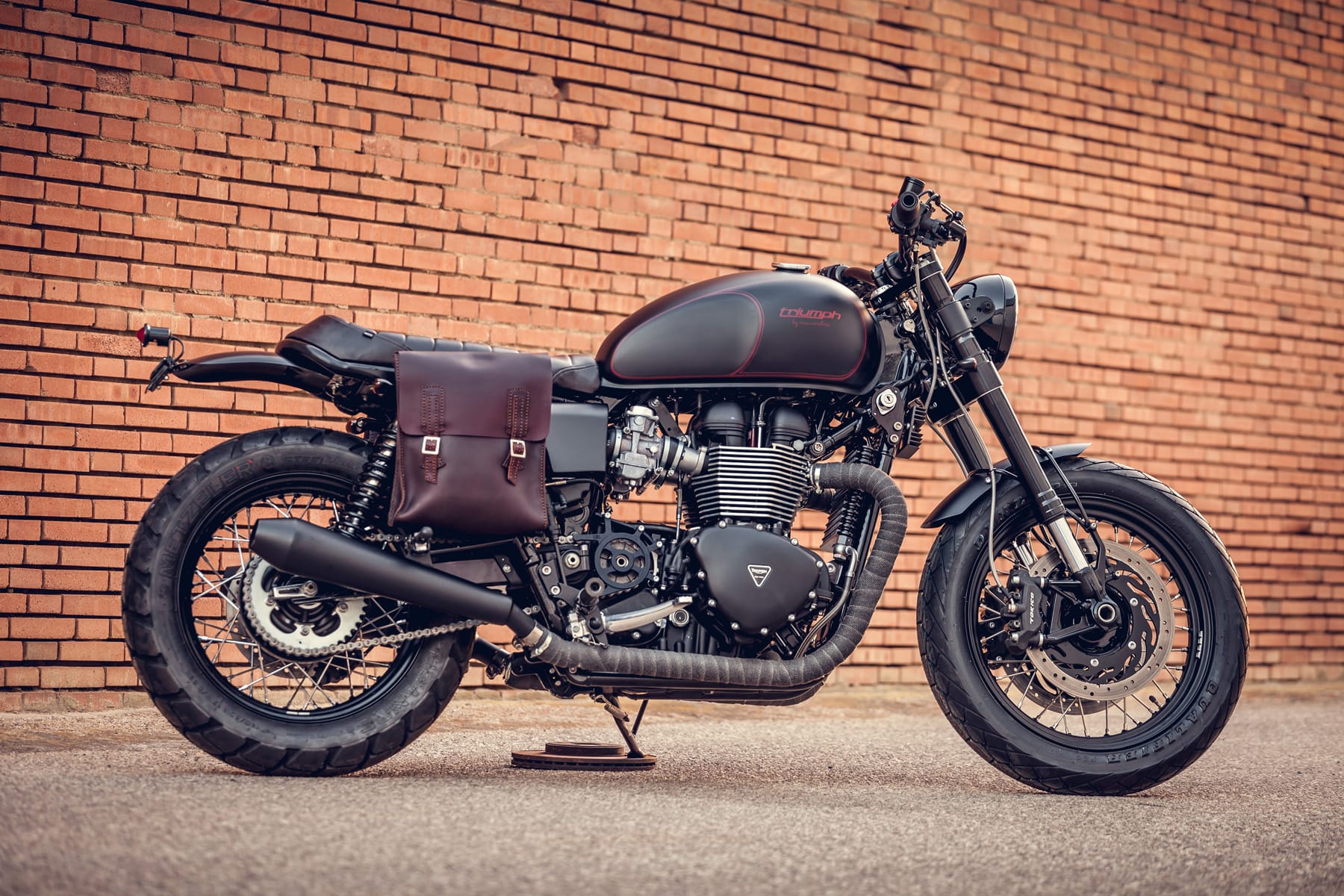 I doubt I will tire of featuring a Macco Motors build anytime soon. If you want a bench mark for a good looking, rideable and usable pro-built Triumph Twin, look no further than those by Jose and Tito. Its their builds usability which gets the Macco team commissions from all over the world, including the UK, Germany, Miami and now their latest build the ‘Black Dog’, built for Justin from San Francisco in the USA! 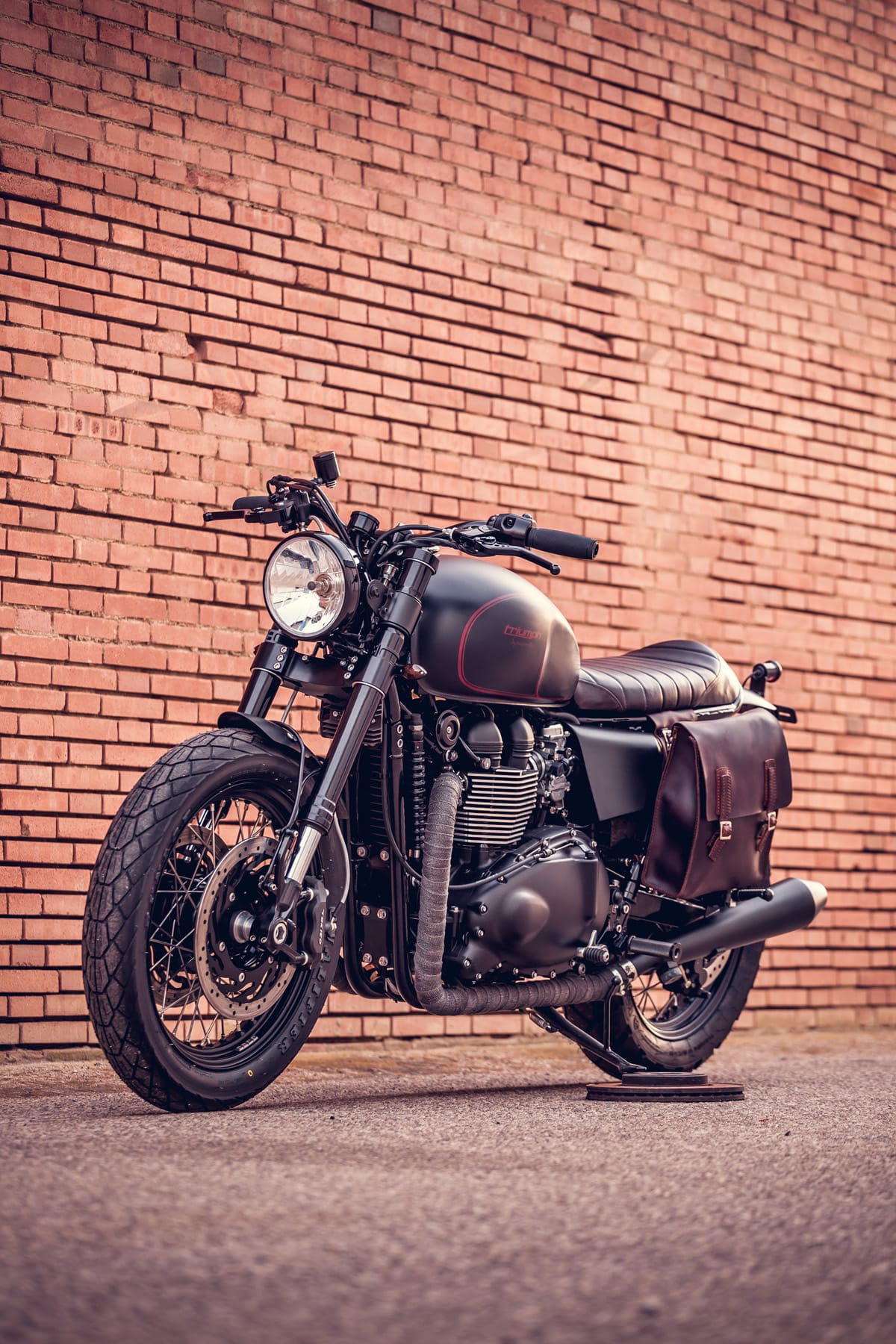 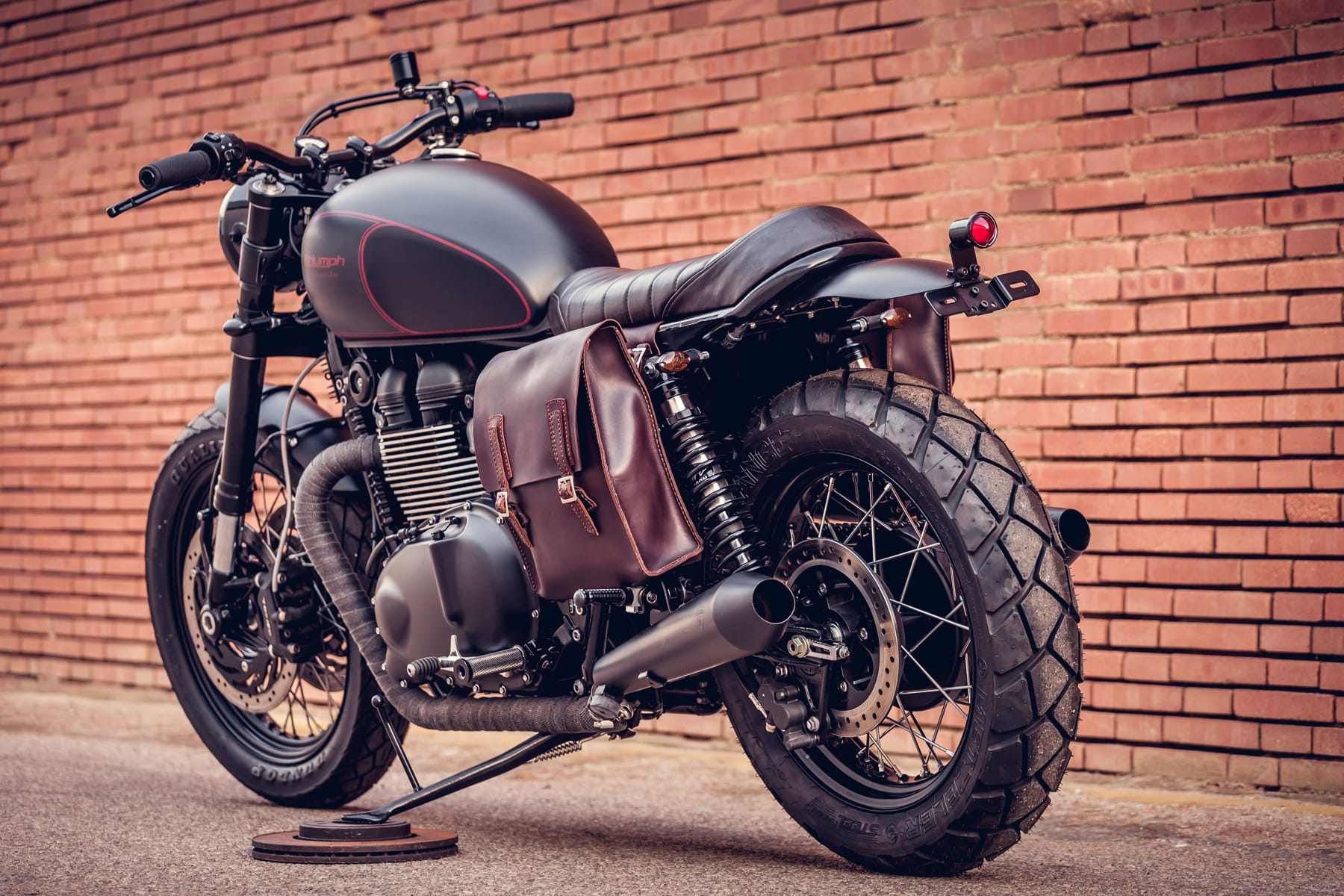 The USD forks Justin was so keen to have are from a Kawasaki Ninja ZX6R, fitted to the Black Dog using the Free Spirits triple-tree. Free Spirits also supplied a twin disc-hub, laced to a new 18” Thruxton rim, fitted to the Kawasaki USD forks via a new axle machined to fit. Rear suspension has of course been upgraded to match, being fitted with a set of Hagon Nitro’s. 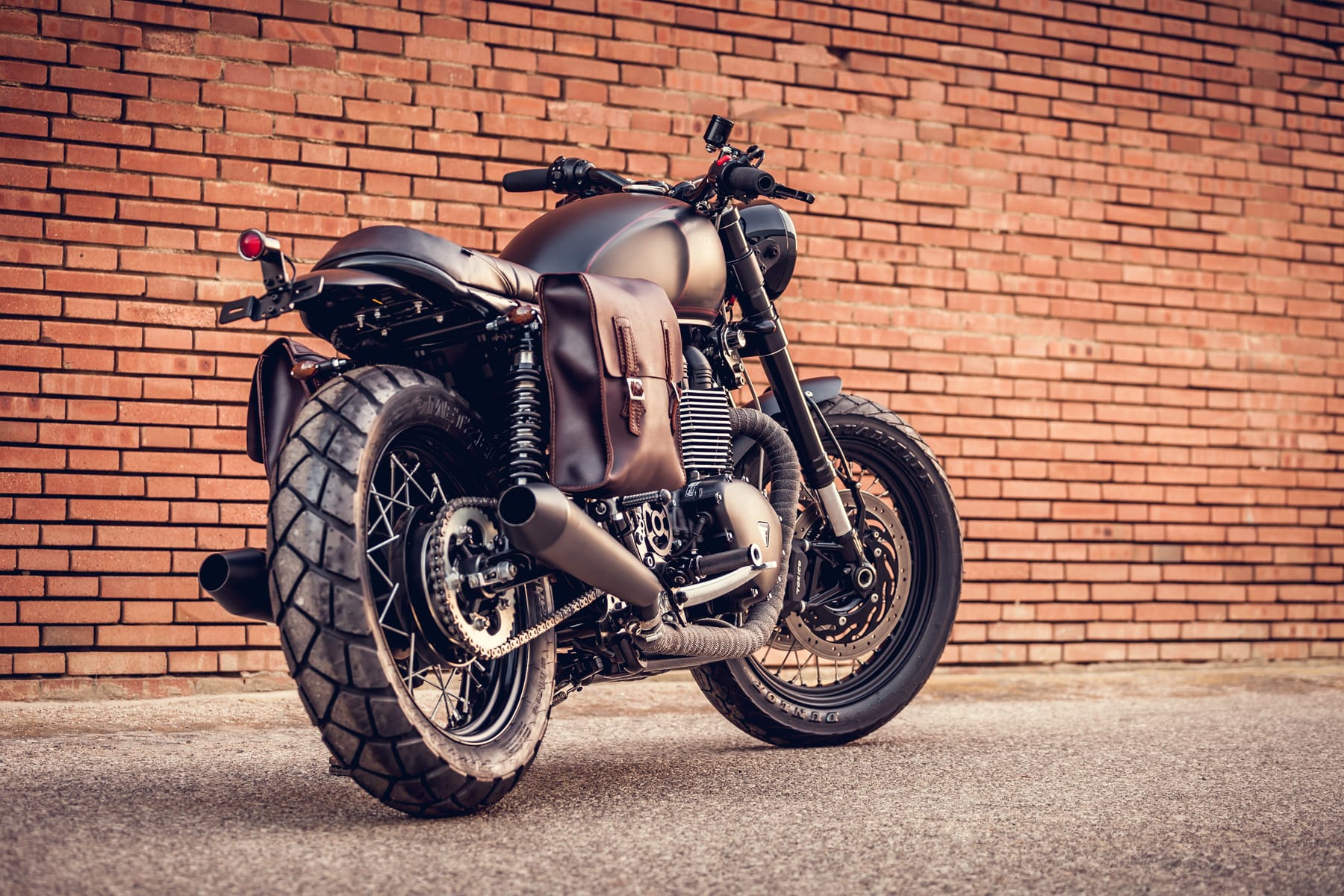 Improving the Twins much maligned stopping power is a pair of Tokiko brake callipers, fed by a Nissin brake pump, which sports a Rizoma reservoir and racing style clutch and brake levers. The controls have then been fitted to a set of Biltwell Tracker bars, topped off by a set of Biltwell Recoil grips. 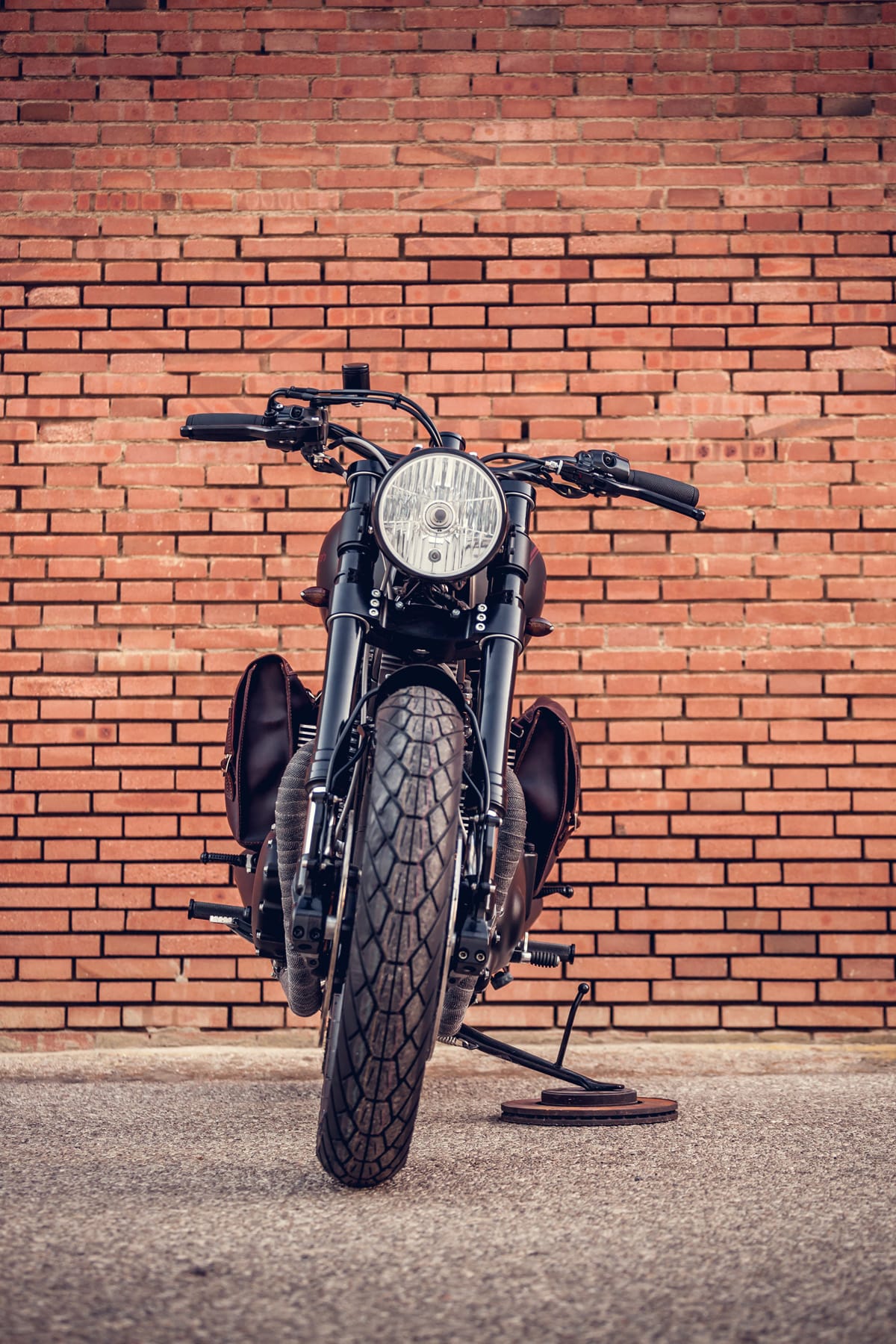 A classic 7” headlight has been mounted to the forks by some equally classic Tommaselli brackets – with a set of generic front turn signals being relocated to the forks, with the rear being located to the top shock mount. The speedo on the Black Dog is the Motogadget Tiny, a beauty of a speedo, which on these later CANbus models is a doddle to fit, secured to the Twin via a custom bracket, a bracket which alos holds the toggle button. 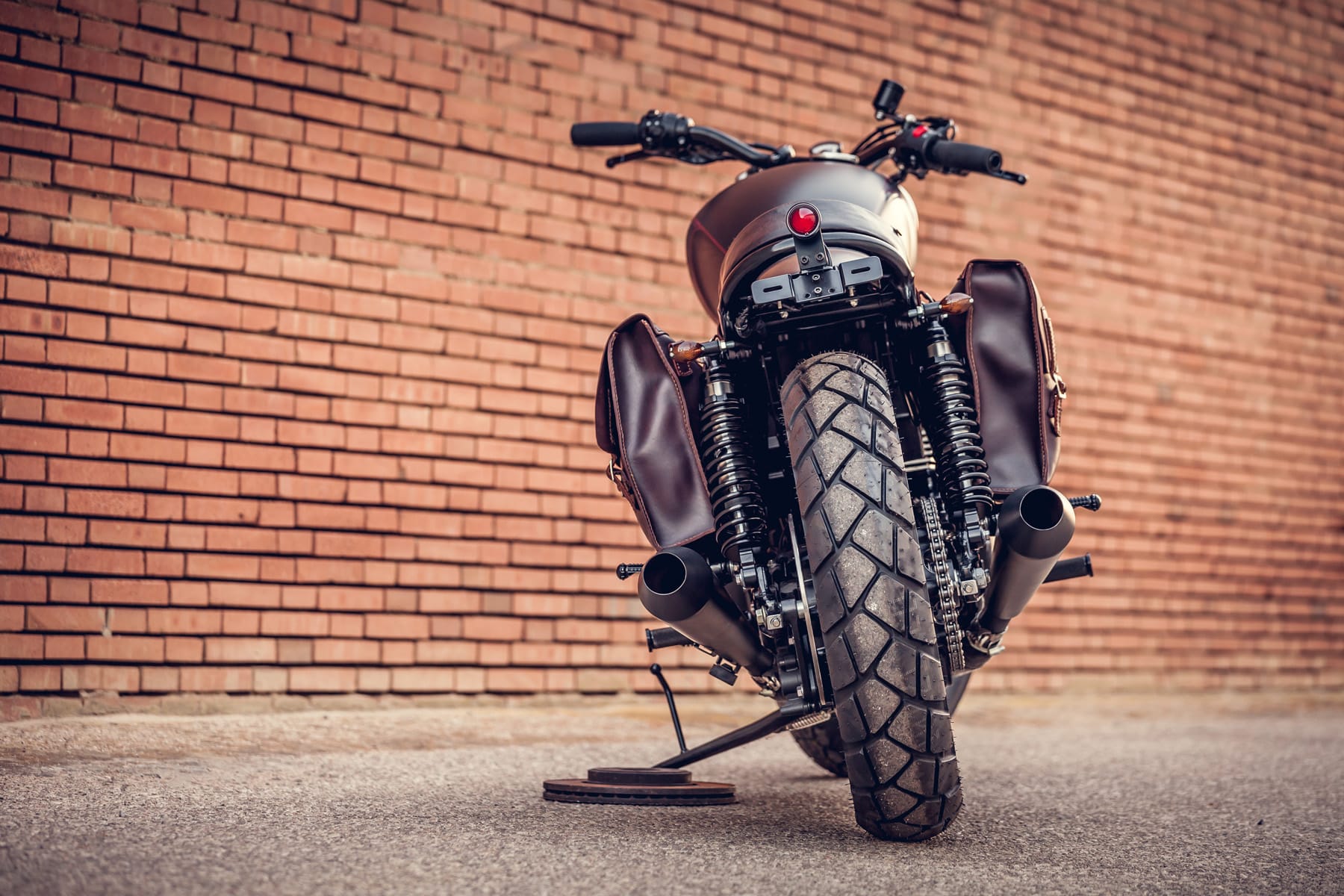 Much of the Black Dog is then classic Macco Motors. “Justin wanted a black matt bike, very dark but a red colour touch’. The frames of course been cut and looped, and fitted with bobbed and slimmed fibreglass mudguards, with the rear being fitted with a vintage style tail light.

The side covers are again classic Macco Motors, as is the dark brown seat, which on this occasion is framed by a pair of custom made saddlebags – unique to this build, something which I’m sure Justin and his girlfriend found very handy on holiday. 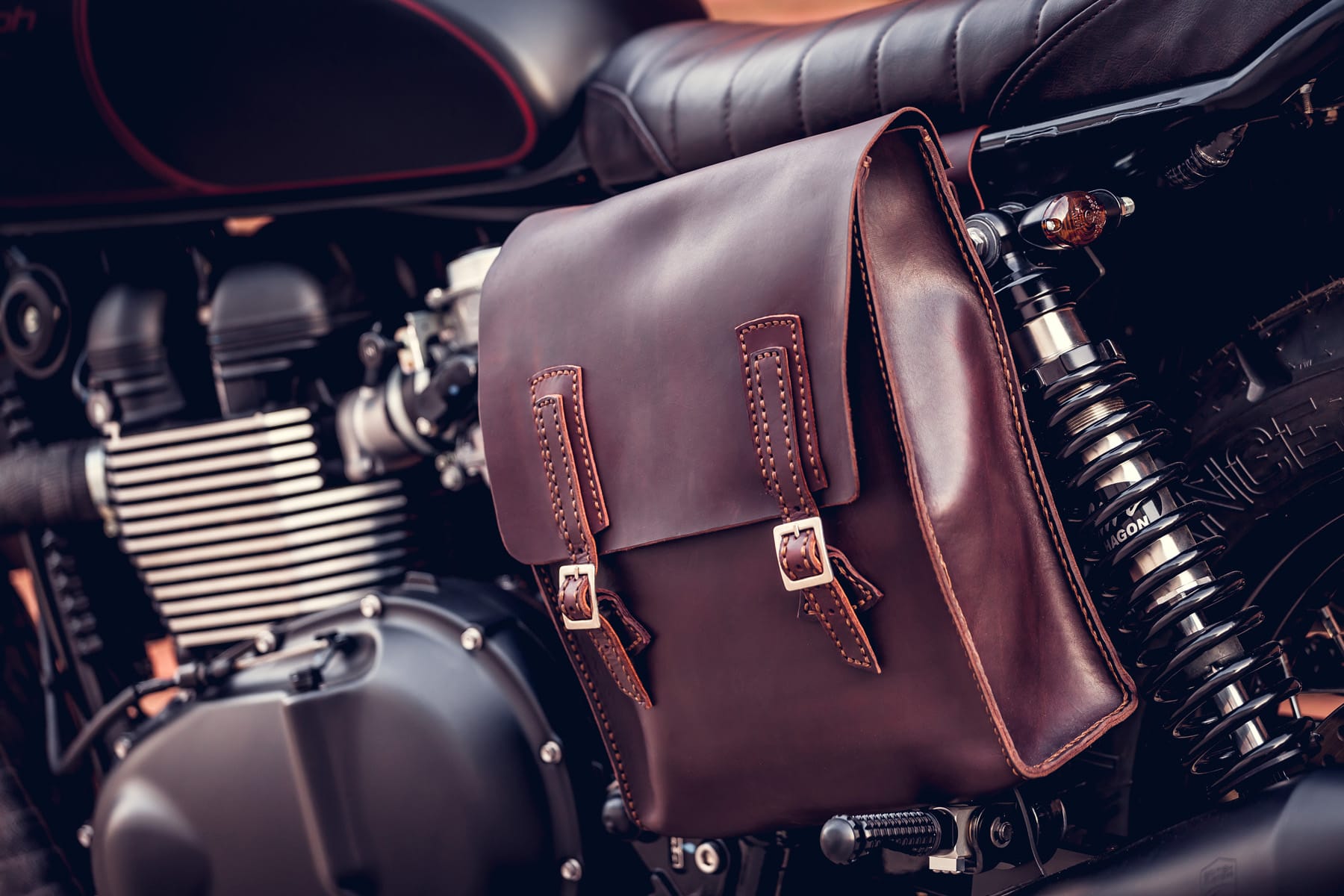 The Exhausts are the black British Customs Predators, another great sounding pipe, which have been heat wrapped. Finishing details include the usual relocation brackets, Biltwell pegs, and and LSL sprocket cover.  To handle the hills, rivers and farmland of Andalusia, this Triumph now sits on  a Dunlop F20 110 at the front and the ever popular Metzeler Tourance140 at the rear

Photos by Sergio Ibarra from http://camarastudio.com/