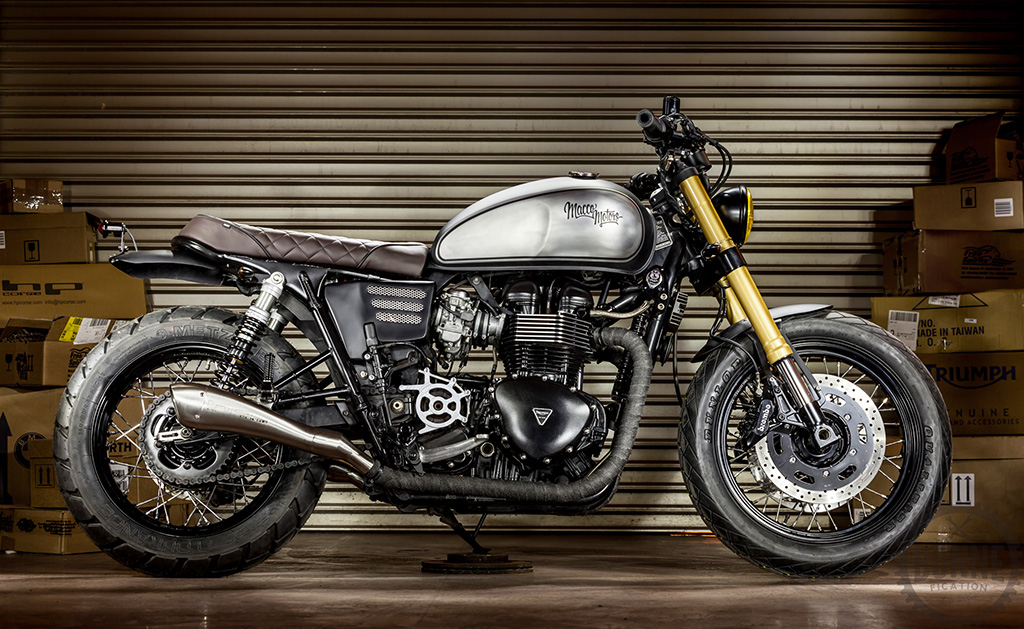 Jose and Tito are on a roll with their Triumph Twins build with their Black Baron, Spike, Steadfast, Foxy Lady and The Climber all coming out of the Macco Motors workshop over the last twelve months. Macco Motors reach is now global with their latest build the Maltese Falcon (named after the movie) being built for Oscar who like his  Triumph  Black is located in Miami, Florida.

Oscar wanted a typical Macco build, but with ‘something more‘ –  The Maltese Falcon shares many of the trademark feature previously seen on Macco Motors builds including frame loop, seat and mudguards changes but in typical Macco style there are plenty of changes to make the Maltese Falcon unique, but without losing that Macco look. These differences can be subtle, such as the tank which features the classic flat black and raw metal finish similar to the Foxy Lady, but on this occasion without a gold pinstripe. Also unlike pervious builds the Maltese Falcon proudly states ‘Macco Motors’ on the tank instead of a Triumph logo which was painted by Hugo Corral of Brusco. 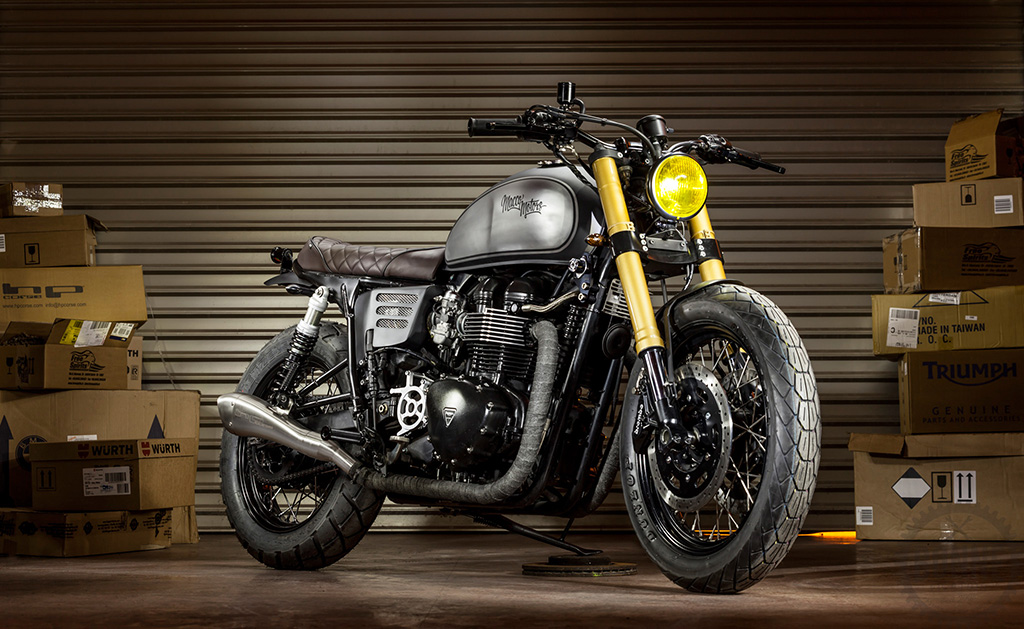 Many of Macco motors builds have use their trademark side covers with vent holes, but when Jose and Tito came to do the Steadfast they opted for  a ‘new custom and industrial looking item, which shows-off rather than hides the rear brake master cycling assembley and air intake.’ but again, to mix things up the one fitted to this build once again features those classic Macco meshed vents. 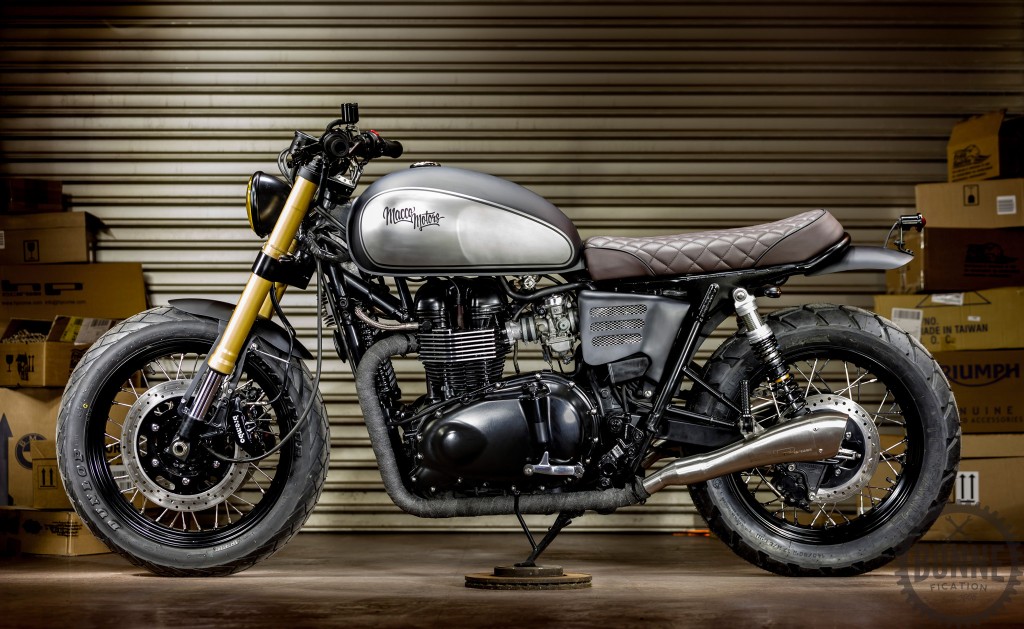 When Jose and Tito built the Foxy lady they fitted USD forks from a Ducati, but unlike the Foxy which items from the Monster 1100 EVO this build uses fork from a Ducati 999, which were fitted to the Triumph using the same Freespirts yokes. At the back the rear shock were upgraded and what would be more fitting than shocks from Öhlins. 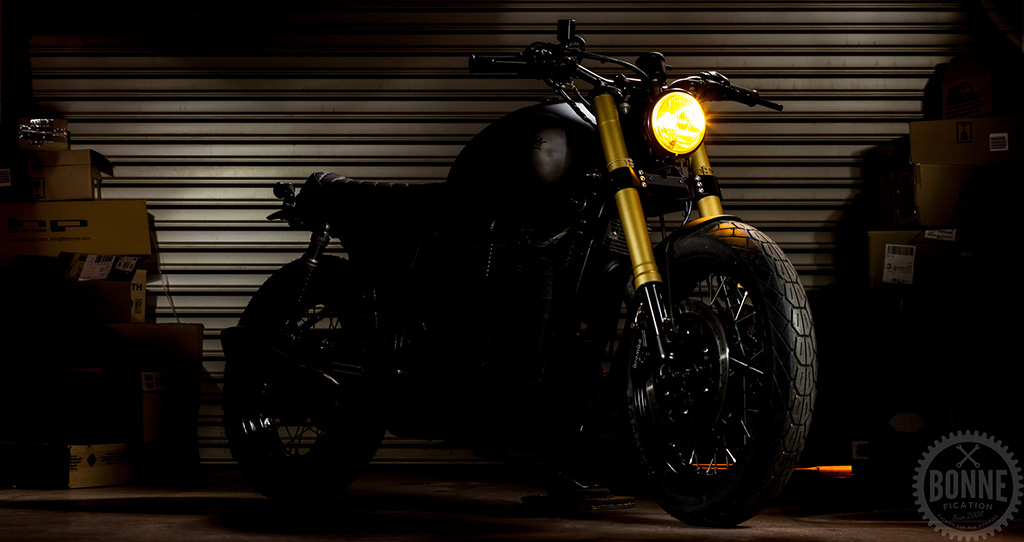 To finish off the handling improvements a mix of tires were fitted with Dunlop F20 at the front and the Metzeler Tourance at the rear. We can only assume this has improved the bikes handling at we have no technical data and yes don’t be surprised that such a shock upgrade are expensive. 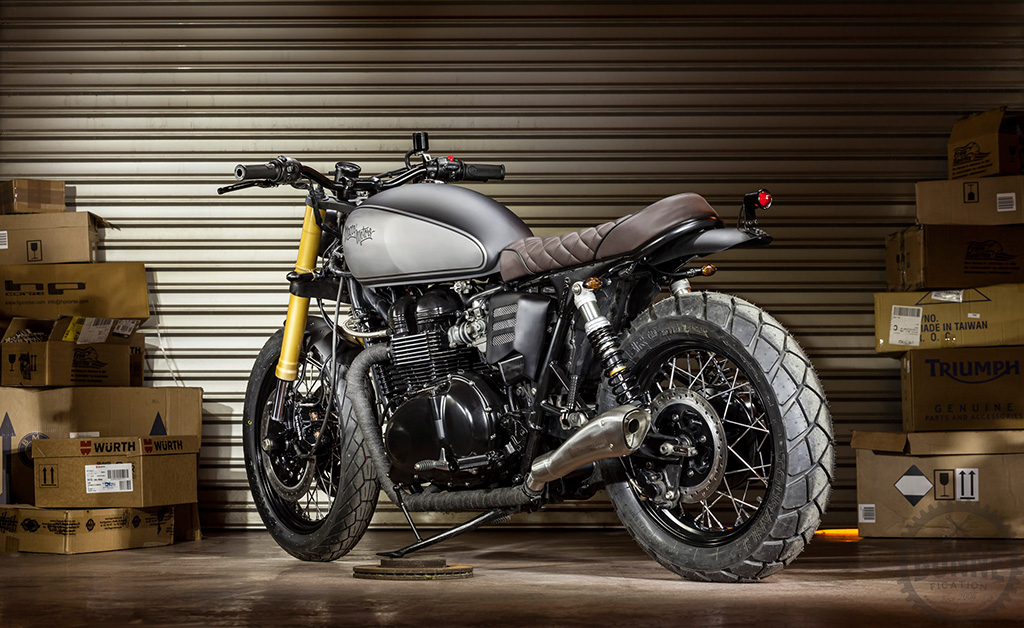 The Ducati forks also came with Brembo Brakes and twin discs, discs which were made to fit the Triumph Twin by using the front hub from a Triumph thunderbird which was laced to a Thuxton 18″ rim, with the baking system then being topped off with a new radial master cylinder and a Rizoma brake fluid reservoir. 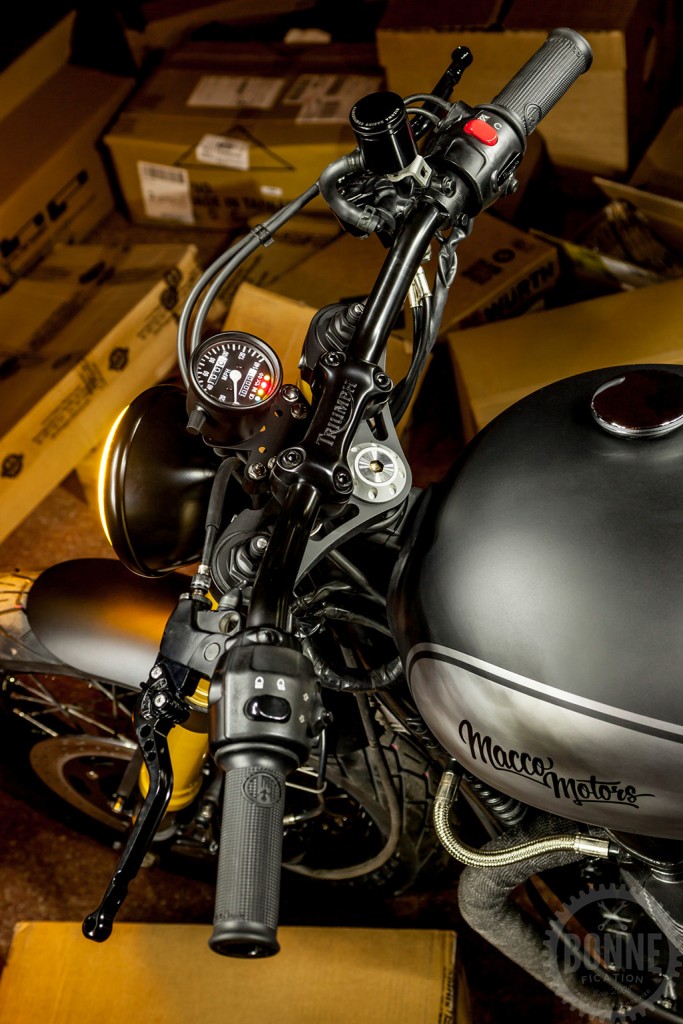 Sitting on the bike the rider will look down over black Biltwell Tracker handlebars fitted with stock switches, racing style clutch and brake levers and LSL Clubman grips. The speedo is popular analogue XS660 mini speedo with idiot light. Upfront is a Bates style 4.5″ bottom mounted headlight with yellowed painted lenses which tie in very nicely with the gold fork legs. 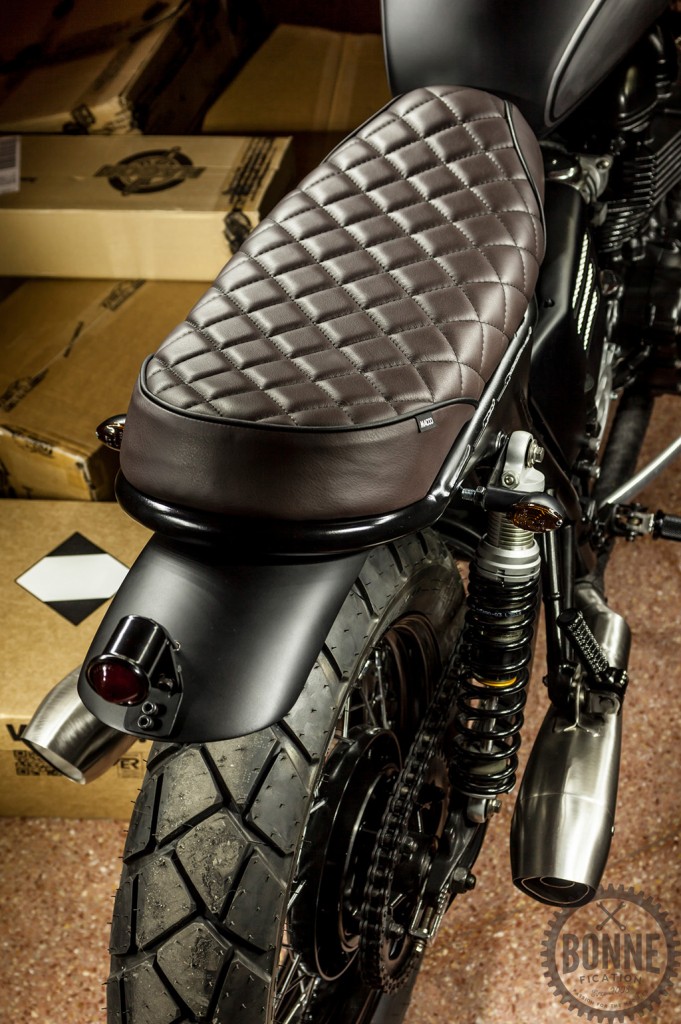 For sometime Jose and Tito had been thinking about mounting HP Corse’s Hydroform to a Triumph Bonneville and this was their chance.  Again Jose and Tito looked at items meant for the Ducati and on this occasion is was exhausts designed for the Ducati Monster that were chosen and adapted to fit the Triumph Twin. 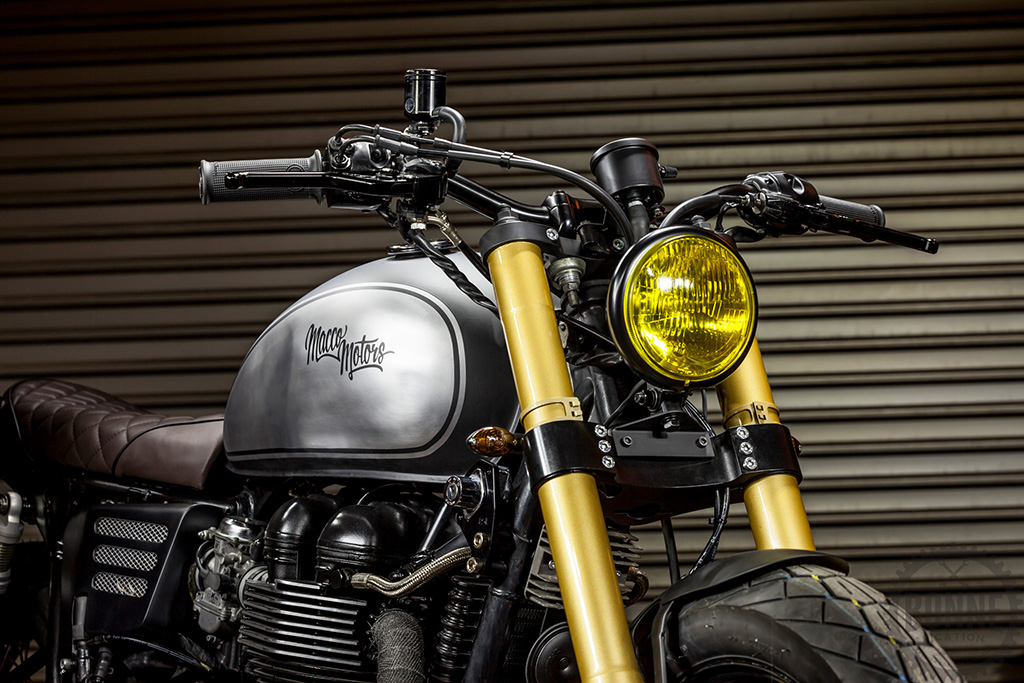 Next
Suspension Upgrades, Why bother?