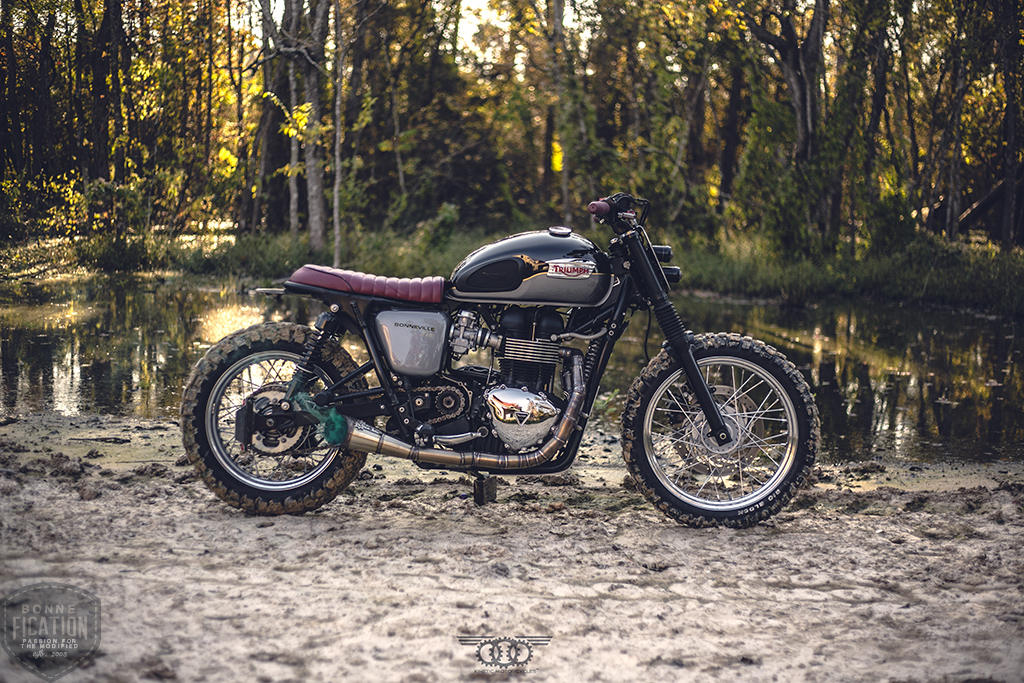 Houston, Texas based Kinetic Motorcycles was founded in 2013 by Mike Le, who at the time was a twenty one year old college student – which is impressive – many of the 21 year olds I know are more interested in taking parental subsidised ‘year out‘ or are working an unskilled job for a minimum wage. Each to their own, ‘go your own way‘ and all that, but if you want to ‘live the dream’, what could be better than doing something you are passionate about and earning money doing it – two  years later Kinetic Motorcycles has expanded into California. 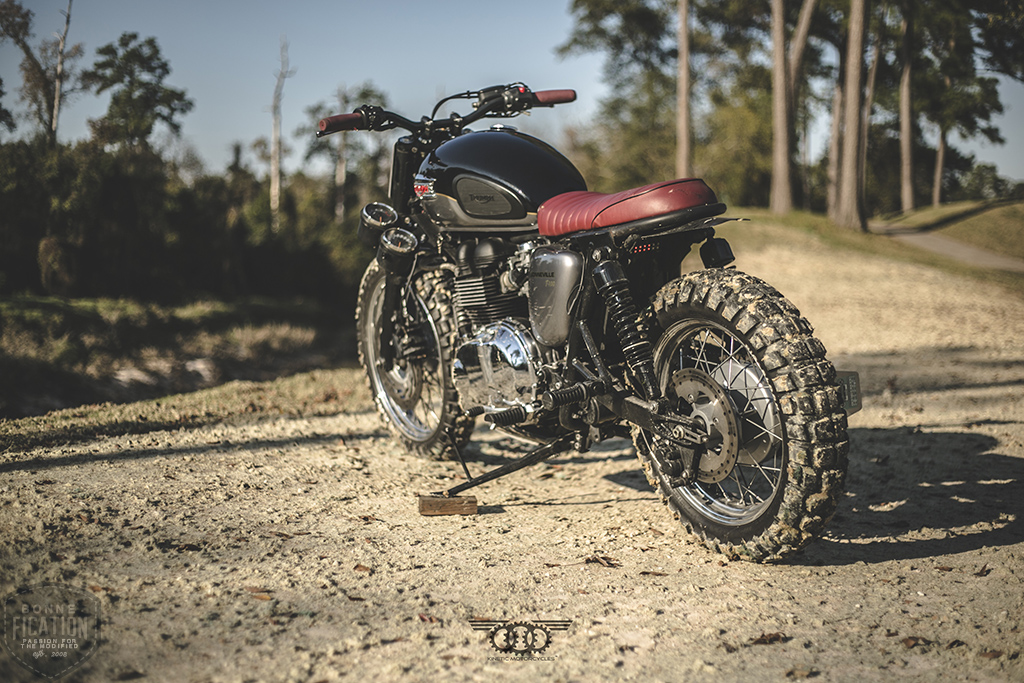 The core of Kinetic business is working with Harley’s and Vintage Honda’s, building bikes such as Mike’s seriously cool Honda CB500 Cafe Racer, as well as producing a range of custom accessorise for both Harley’s and Honda’s, . 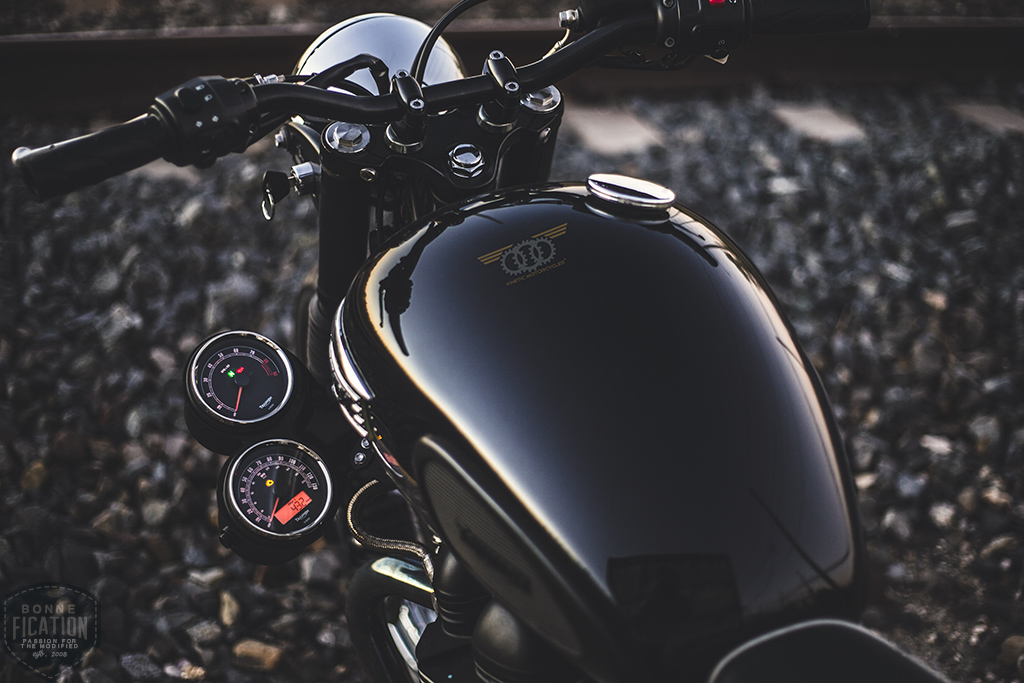 Not wanting to stand still, Mike decided it was time Kinetic Motorcycles entered the hugely competitive  Triumph Twin aftermarket accessories market. A market which Triumph have now tried to dominate on the release of their new water cooled Twin range. Though the OEM ‘Inspiration kits‘ for the new bikes may well end up  being for those who want a custom, but perhaps lack imagination. 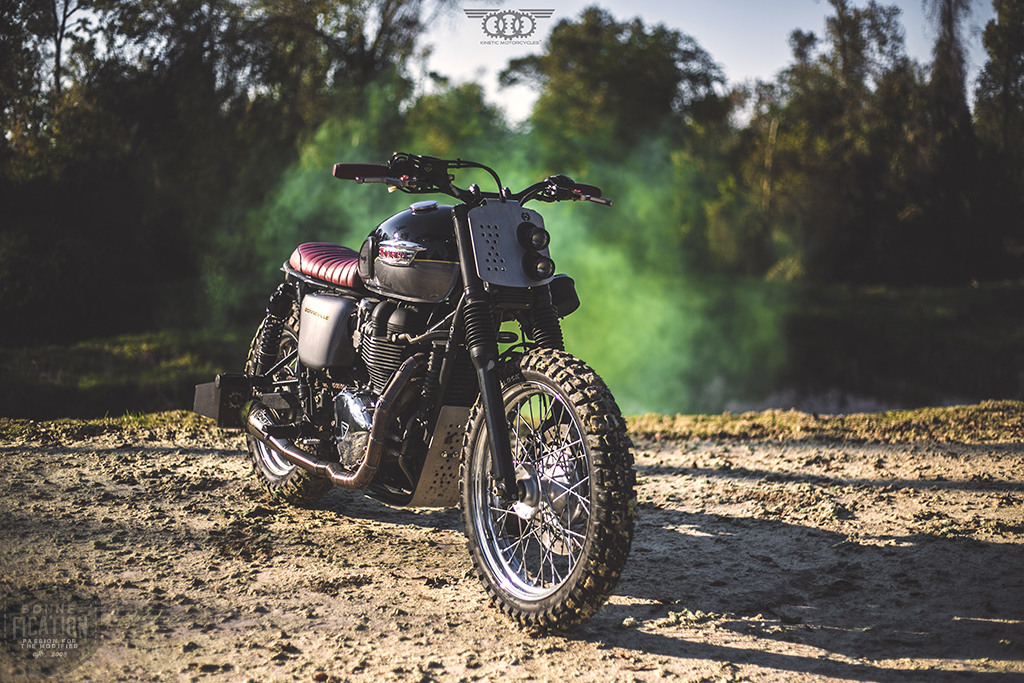 Mike purchased a 2013 Bonneville T100 which was to be Kinetic’s R&D bike as well as Mikes personal daily ride. To start with the base T100 needed to look better than the stock machine – Setting to work,  Triumph’s frame was chopped, looped and a new seat base fabricated and recovered with Oxblood vinyl…. 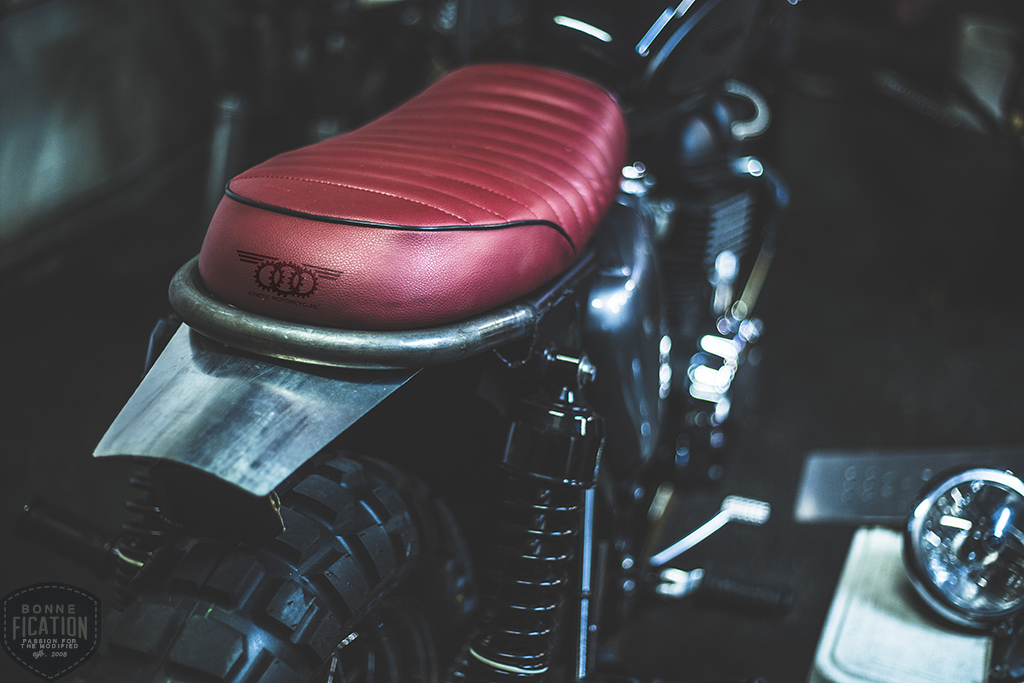 ….Up front the bars received a set of matching Biltwell Oxblood Grips and shorty levers. The Bonneville stock tyres are gone, being replaced with a set of knobbly Kenda Big Block tyres – as ever the crap OEM shock have been upgraded for something better (not hard). 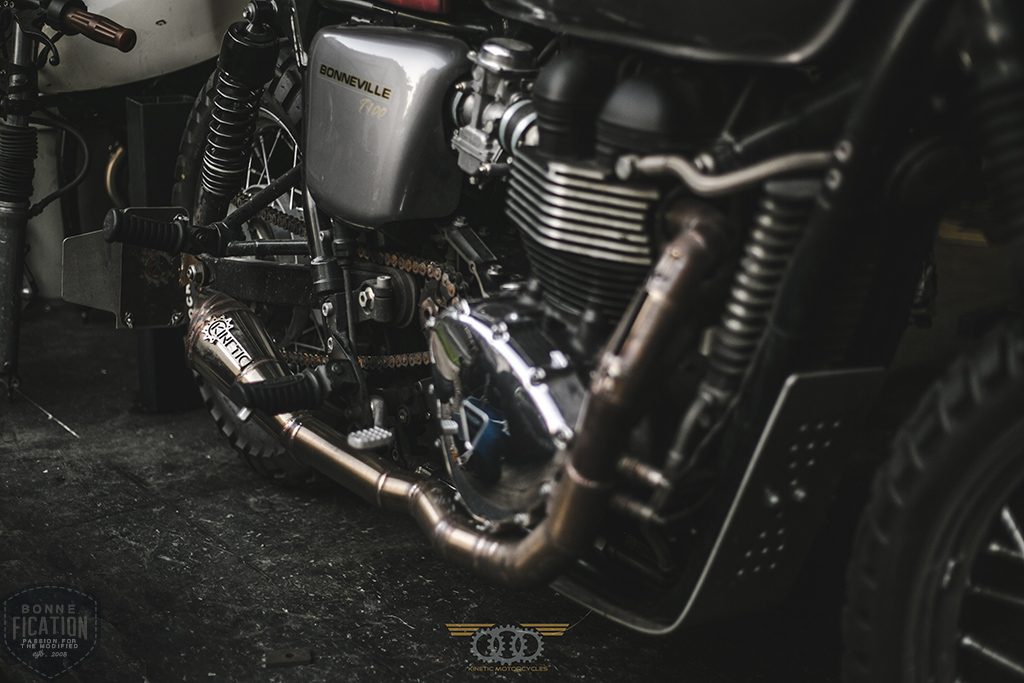 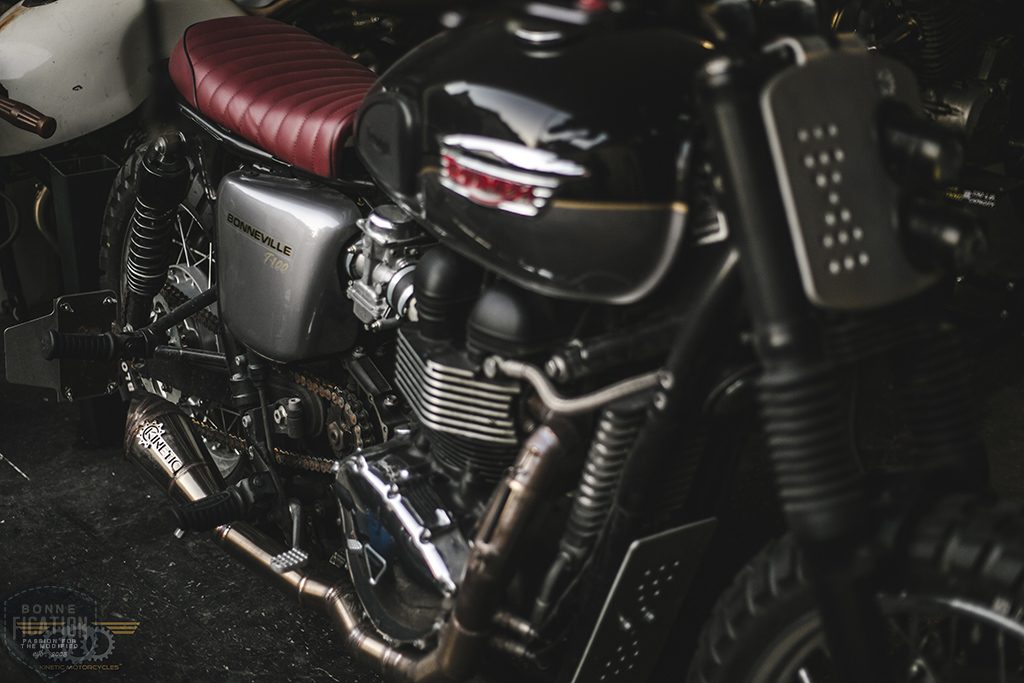 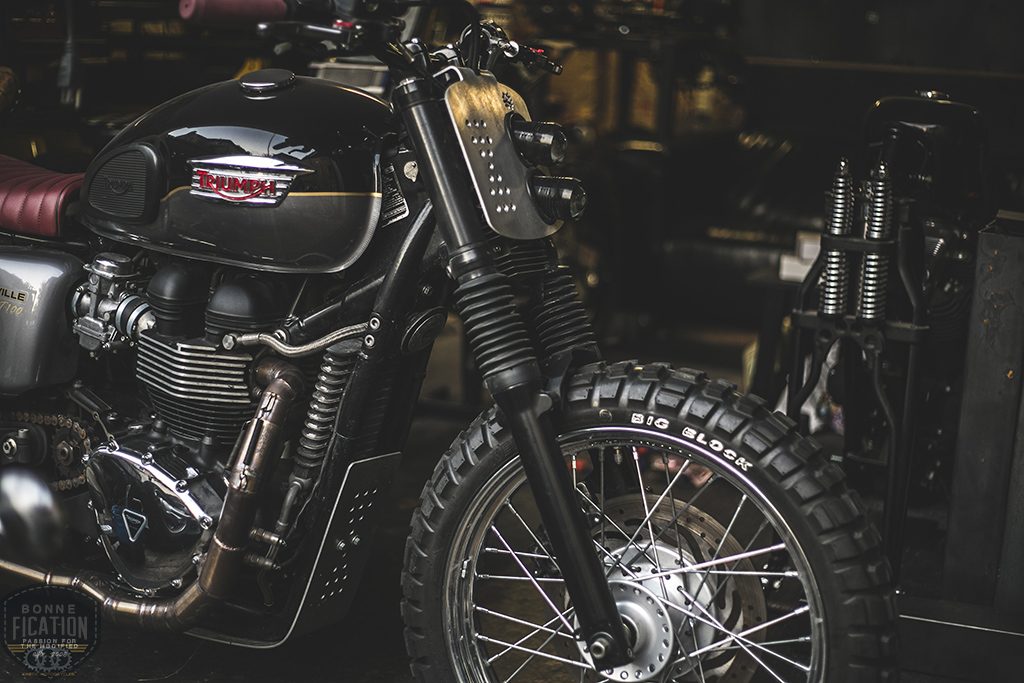 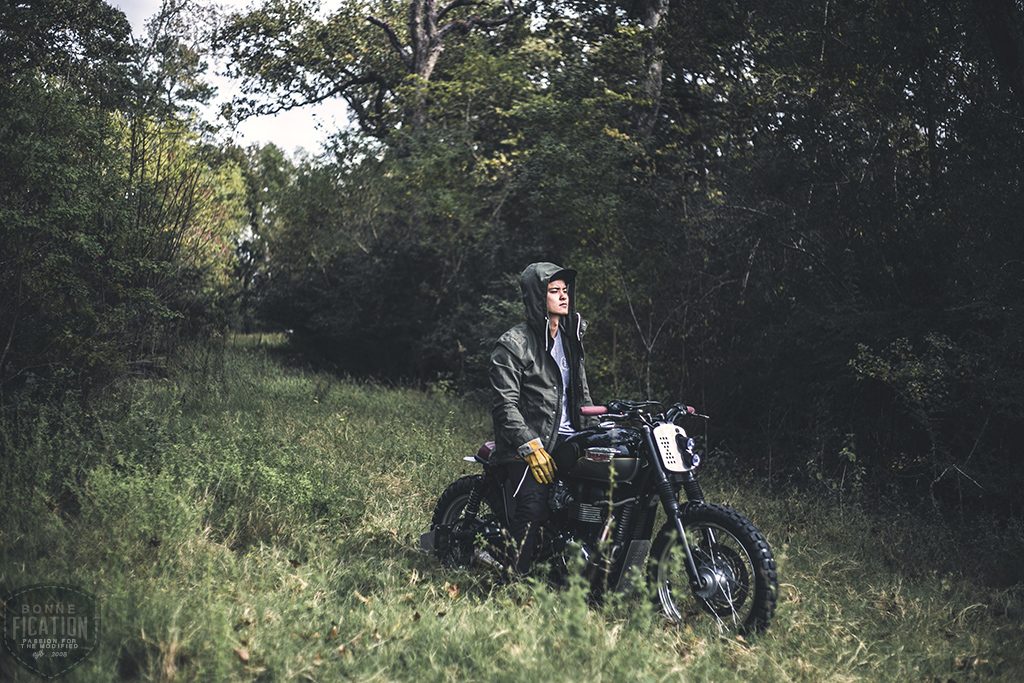 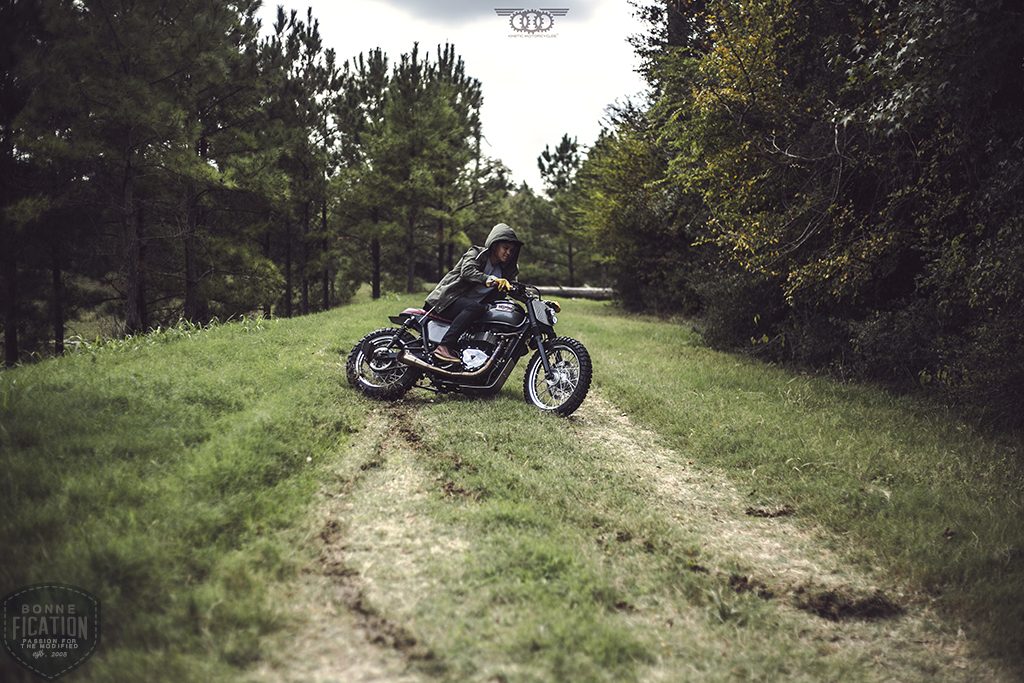 Many of the parts listed on the build are now available from the Kinetic’s online store, while others are still in the R&D stage, so keep an eye on on Kinetic website and Facebook page