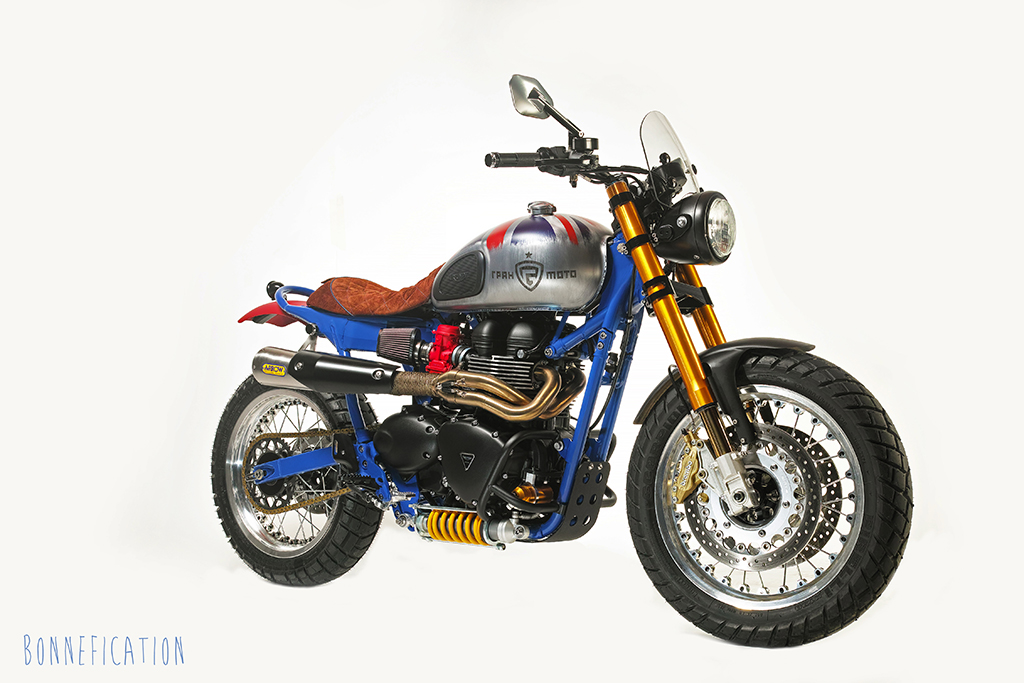 The Moscow based Triumph dealer, and distributor Granmoto are no stranger to customising the Triumph Twin, having already customised Bonneville’s, T100’s, and Thruxton’s. And Granmoto haven’t  just focused on bikes from the Triumph Classic range either , they have also turned their skills to the Rocket III and Italians machines, including Augusta and Ducati. 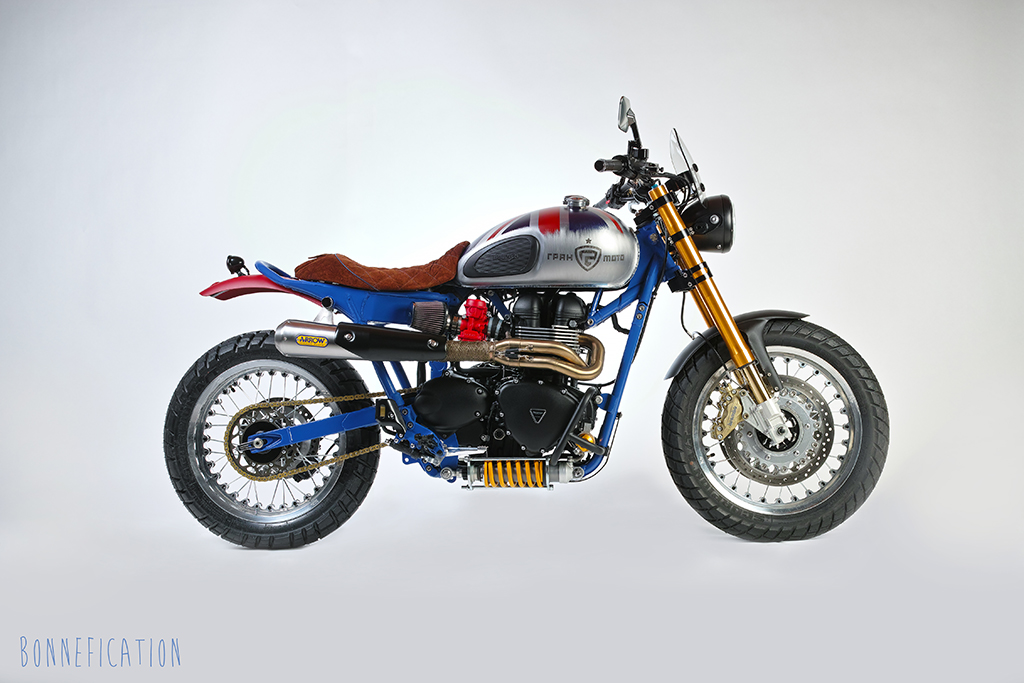 Onece a year, the Granmoto team build a ‘Special’, and last year it was the Triumph Scramblers turn. As this Special was not built for a specific customer, Granmoto had more freedom to do what they liked, and with great results. Having seen plenty of Scramblers in trendy dark colours and off-road knobblies, the guys at Granmoto decided to go against the grain and build a Scrambler which stood out among its brethren, with it focusing on more technical innovation. 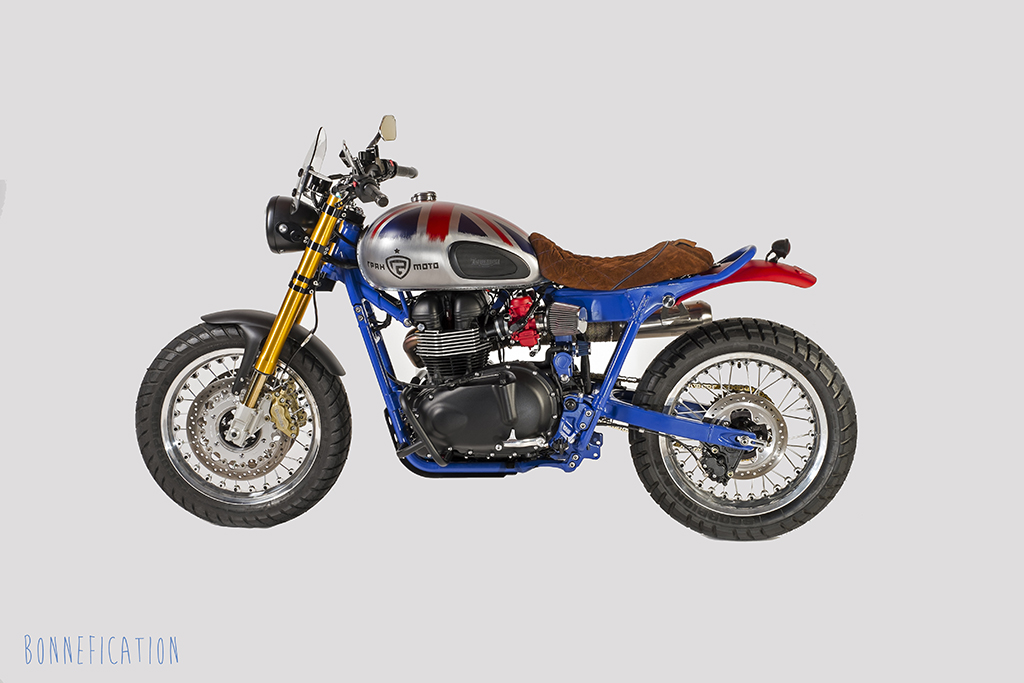 So, want have Granmoto done; well clearly the frame has had some serious modification, starting with an in-frame oil cooler, which does a great job of keeping the engine cool as well as tidying up the front on the engine compartment. This is a modification which we have seen before on the Streetmaster and Autofabrica builds. Perhaps its time Triumph looked at this modification and utilised it on later Triumph Twin models

Then there are the most noticeable medication, this bike has been converted from twin, to mono shock. Granmoto think it is the first Triumph Classic to use bottom mounted shock absorber, which works on extension. The shock is an Ohlins unit for a Buell, which was specially tuned for this bike. The rear swing arm was strengthened and has direct link to the shock, which is fully adjustable. The only other Mono Twin I can recall is the Mean Machines Mad Max, but that uses an in frame shock. 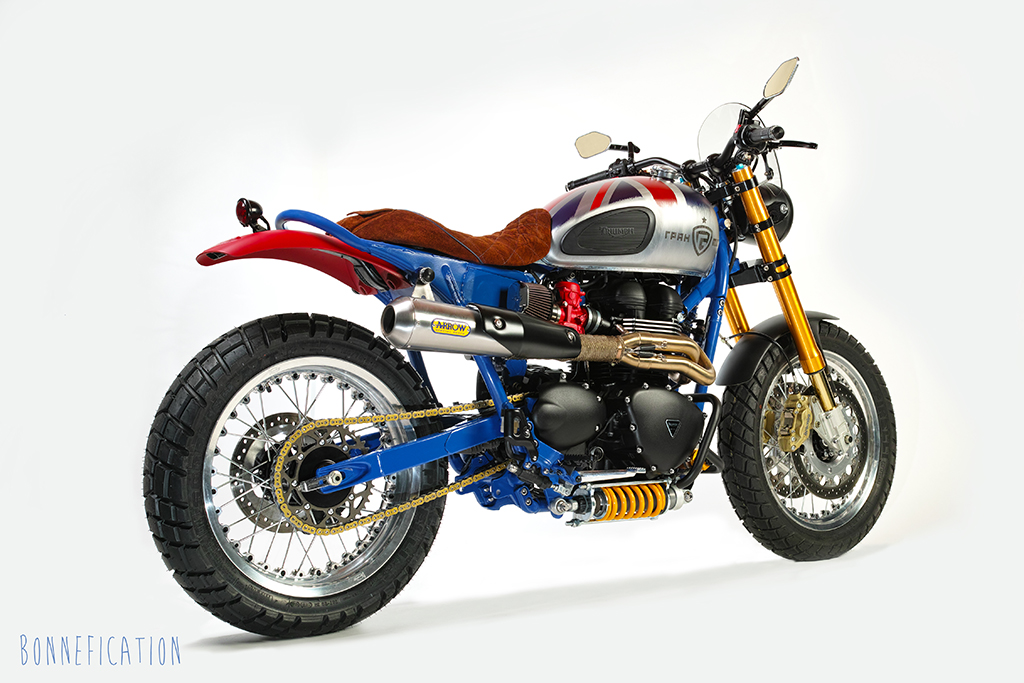 Other frame modification include; removal of the rear peg mount, shortening of the frame, with a new loop added. And the fabrication of a new in-frame battery box which also holds all the electrickery. The frame has then been painted a very nice shade of blue and toped off with a very nice singles seat and custom paired tank with Union Jack. 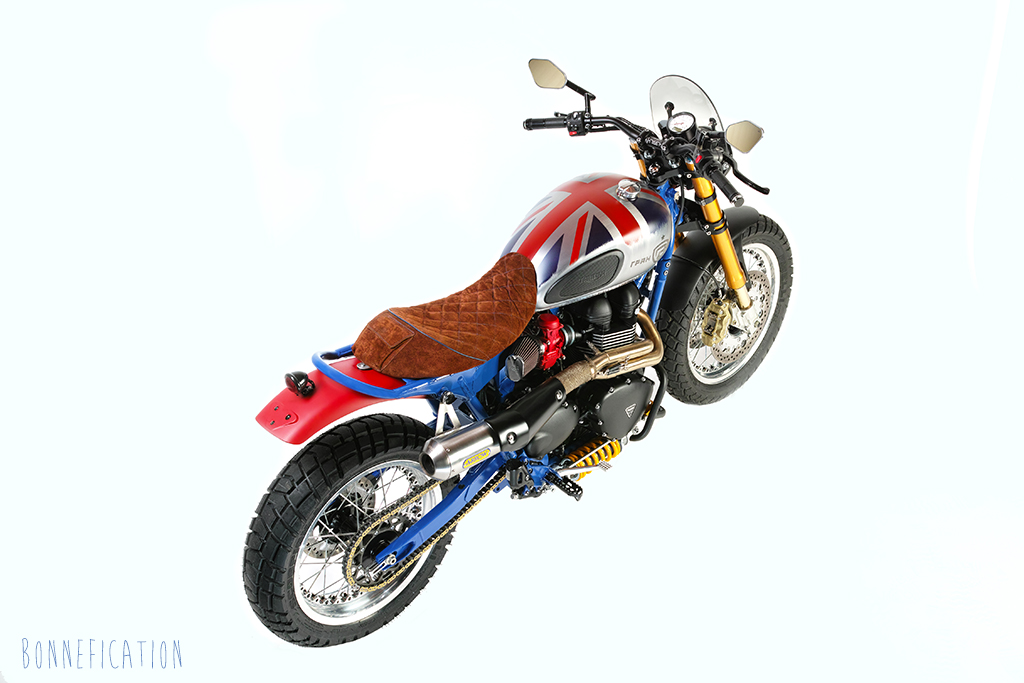 Any questions regarding this build can be direct at Granmoto