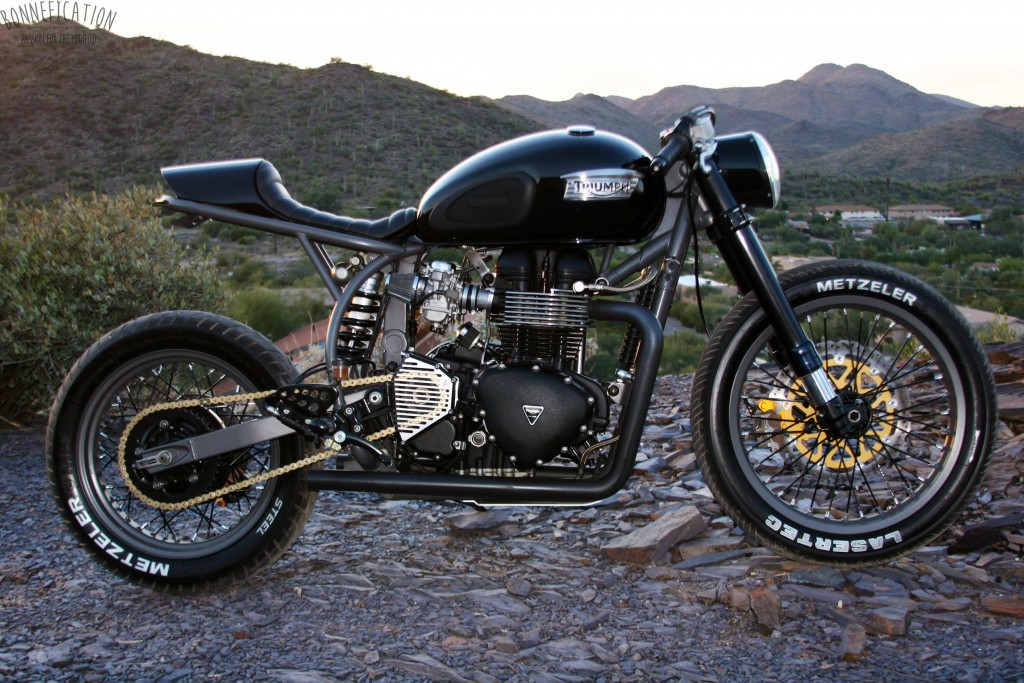 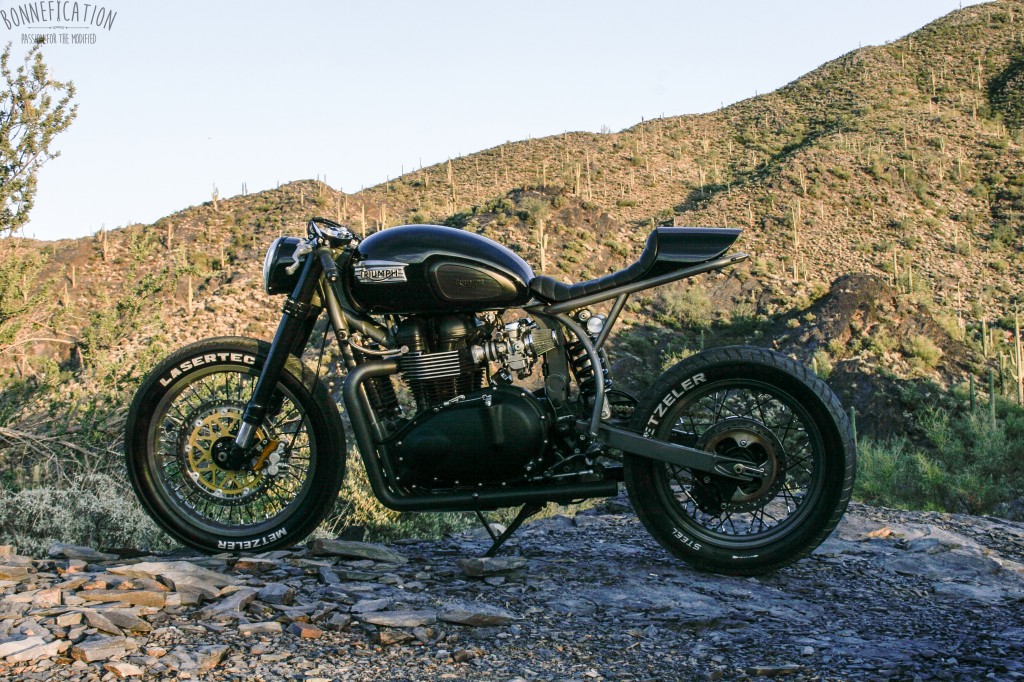 We have seen some pretty special builds this year on Bonnefication, from the Farley and Ace, Inc. BlueBird, the White Collar Bike ‘Bhaskara’ as well as the Kingston Customs Scrambler ‘Il Sardo’ and the Erico Motorsport  “The Deadline” four bikes which have broken the mould, and created something a little more unique, like the saying goes, “Go your Own Way”, something which these builders have done. 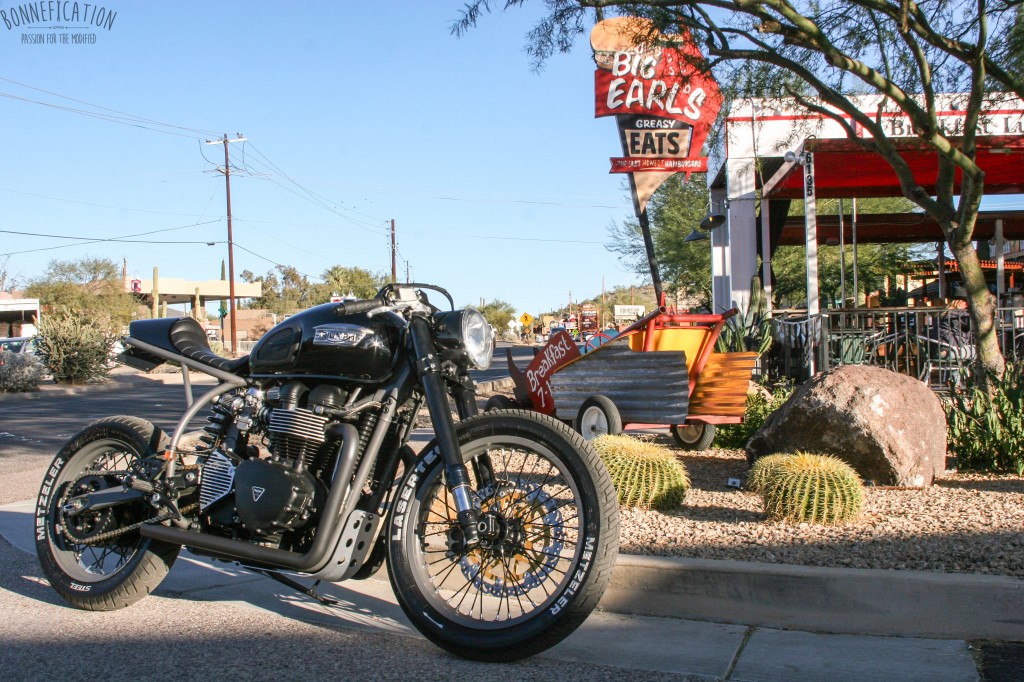 Keeping that momentum going is this 2008 Triumph Bonneville Custom by Jason Neppl of  Go AZ Motorcycles of Scottsdale AZ. A Triumph Cafe Racer which was built in Jason garage at home. The bike received a full tear down and was rebuilt to as you see it here today. The bike has clearly had some serous modifications which include a  KX250F Front end, of all things a Vespa Headlight,  that custom rear frame and R6 mono shock.  Jason didn’t give us much more info on this build, and eager to publish the bike, I have yet to ask. But as you can see from these pics, this is one serious motorcycle, a machine which has seen plenty of attention, and man-hours. Just like the previously mentioned build. 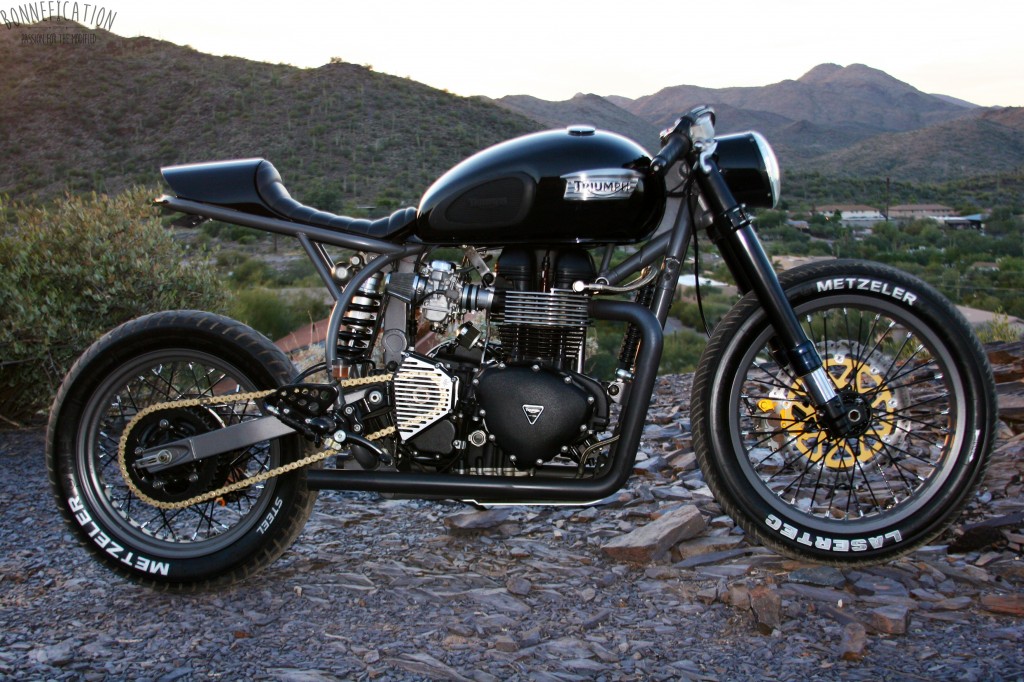 Its great to see bikes like Jason’s Cafe Racer, as there was a time when I was convinced the custom Triumph scene was flatlining, and would for evermore turn out clones of the same bikes being build by the big Euro builders. Which is no surprise, as thats what I, and many others like. But, I was recently told a story regarding a bike builder here in the UK, who had been visited by a customer who wanted them to build a copy of  a custom Triumph Twin that had been built by that same popular Euro builder, a bike which he had found on the internet. But this chap didn’t want any deviation, from that bike, no minor changes no little tweaks or individual changes, he wanted it to be a perfect copy…..utter madness! – Don’t get me wrong, Im a huge fan of the trend, but its perhaps time for a change. 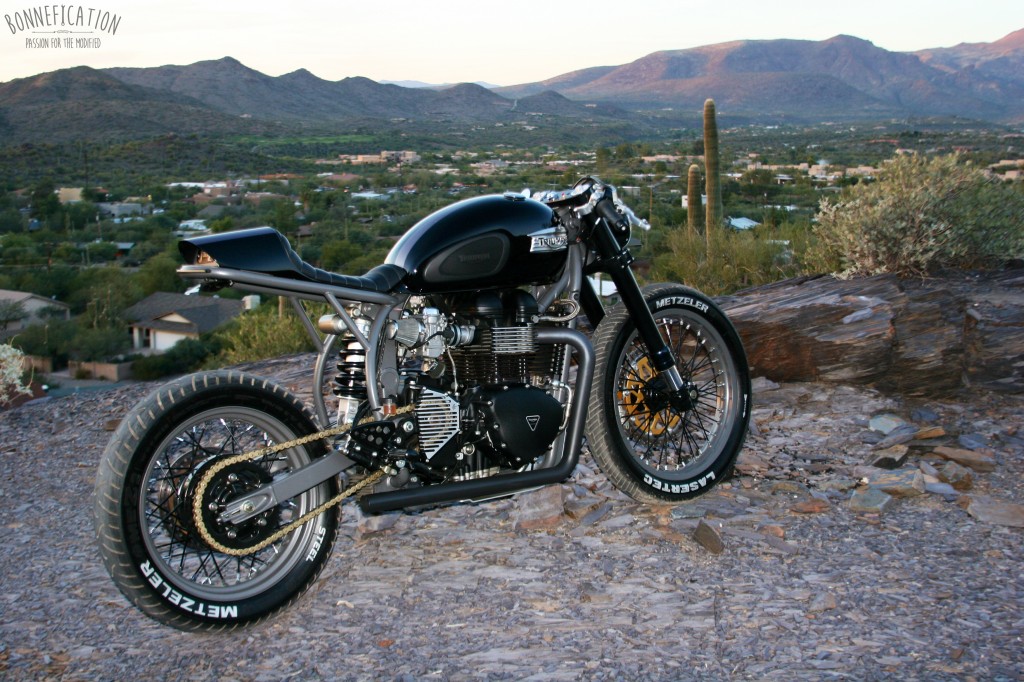 Perhaps Bonnefication is party responsible for the trend.  The idea of this site was to share all the information I had gathered about the emerging custom Triumph scene. With an aim for owners and perspective owners to see just what could be done to a bike which was only limited by the owners imagination. But perhaps instead sites like Bonneficaiton have stifled creativity and individuality. Perhaps by showing the same style of bike again and again, people can’t see alternatives. 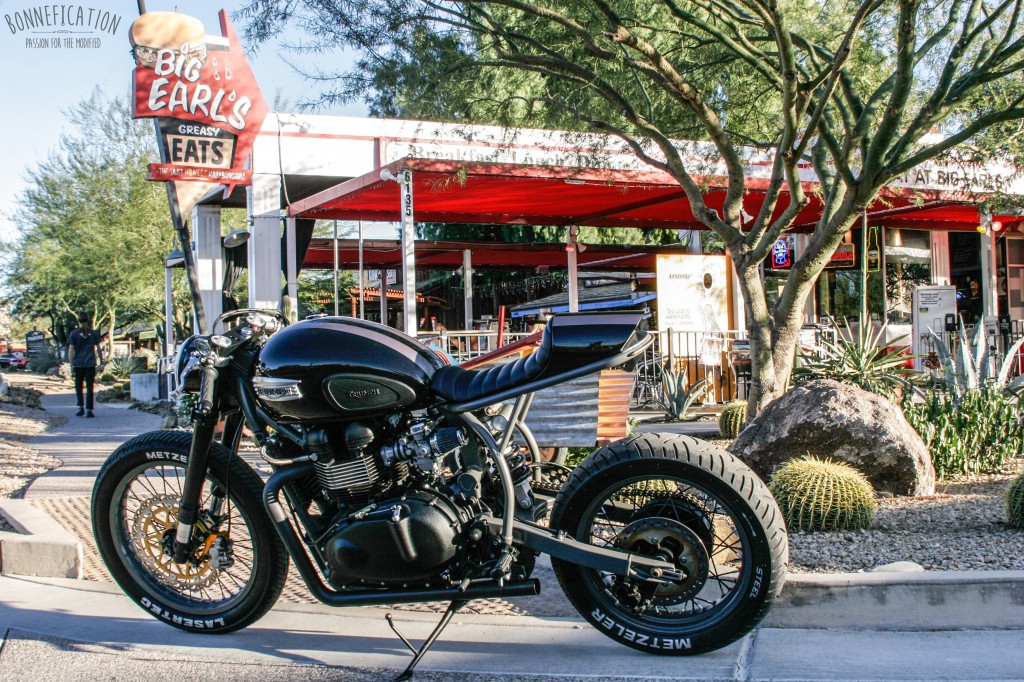 I recently posted a Triumph on the Facebook page, I won’t see which one, which, in my own opinion, was dull, unimaginative and boring beyond belief. But that same bike received more likes than average. For the life of me I don’t know why. Bonnefication will never tell people what to like, we can show you, guide you and encourage you. But in the end, we ALL go out own way… but thats seems to be the same direction as everybody else. Unlike Jason, who’s road will be clear of traffic, allowing him at least to take this Custom Triumph Twin to the redline, every cloud I suppose…. anyway rant over. 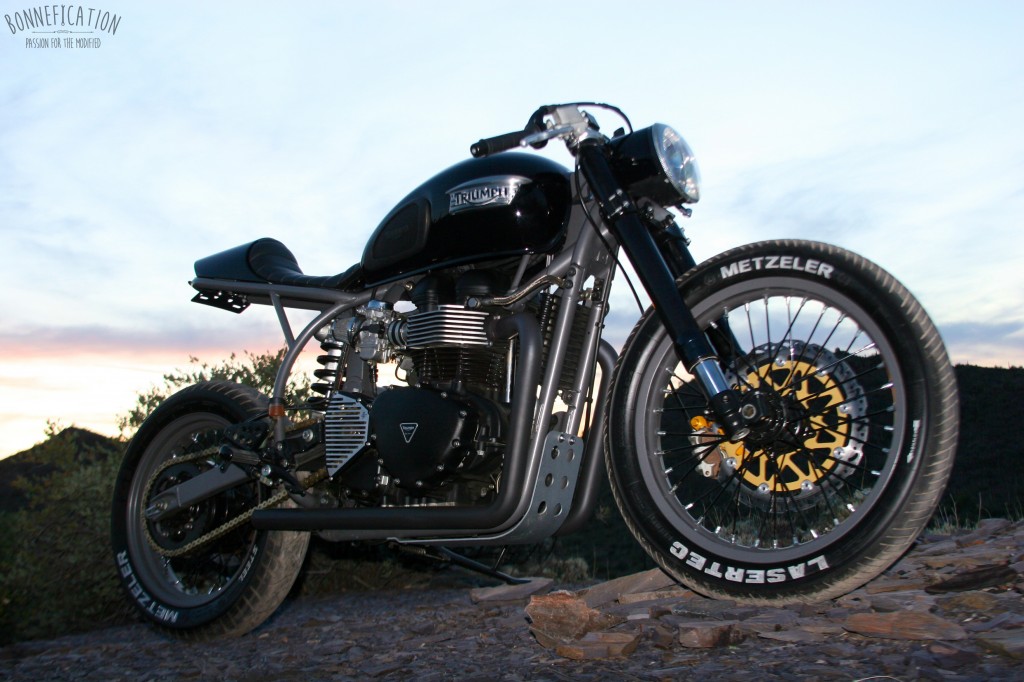