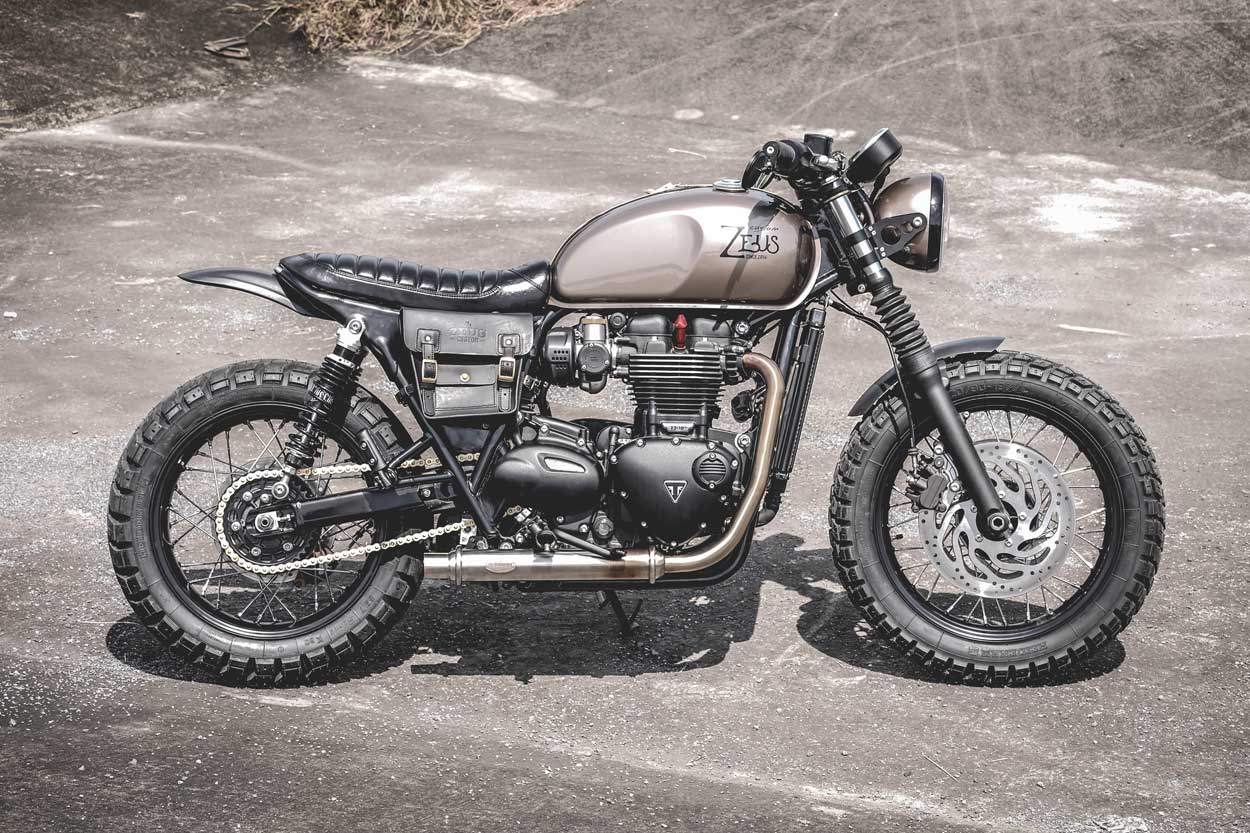 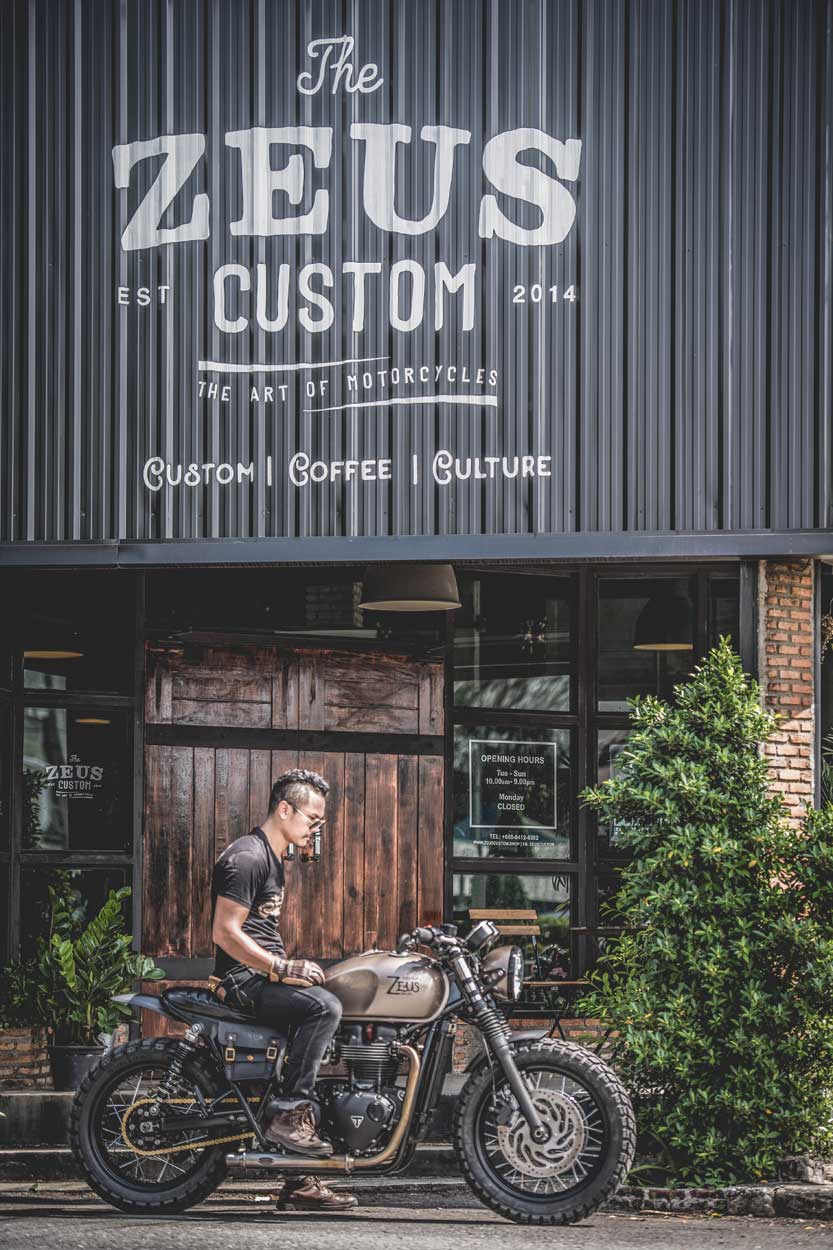 Self-confessed hipster Worawit Rungjana Tanukul, or Mooyong to those who know him, is the founder and owner of Bangkok Thailand based Zeus Custom’s – a trendy motorcycle workshop producing builds based on Yamaha’s, Suzuki’s, Royal Enfield’s and something called a Stallion – which I believe are a range of small capacity motorcycles built locally in Thailand. 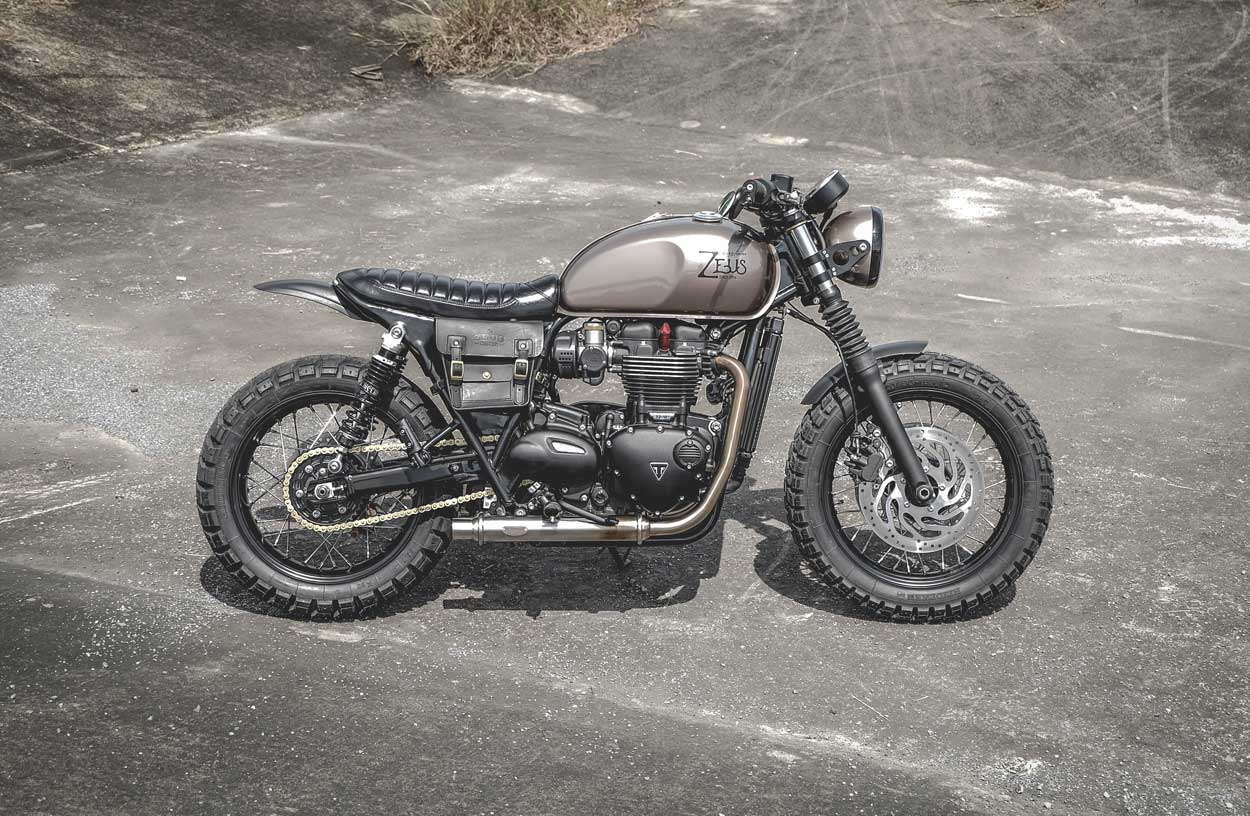 For the past couple of years, Bonnefication.com has been following Zeus Customs progress on social media, and it was Mooyong’s Triumph T120 which was to piqued the interest of nearly three thousand fellow Instagram followers. 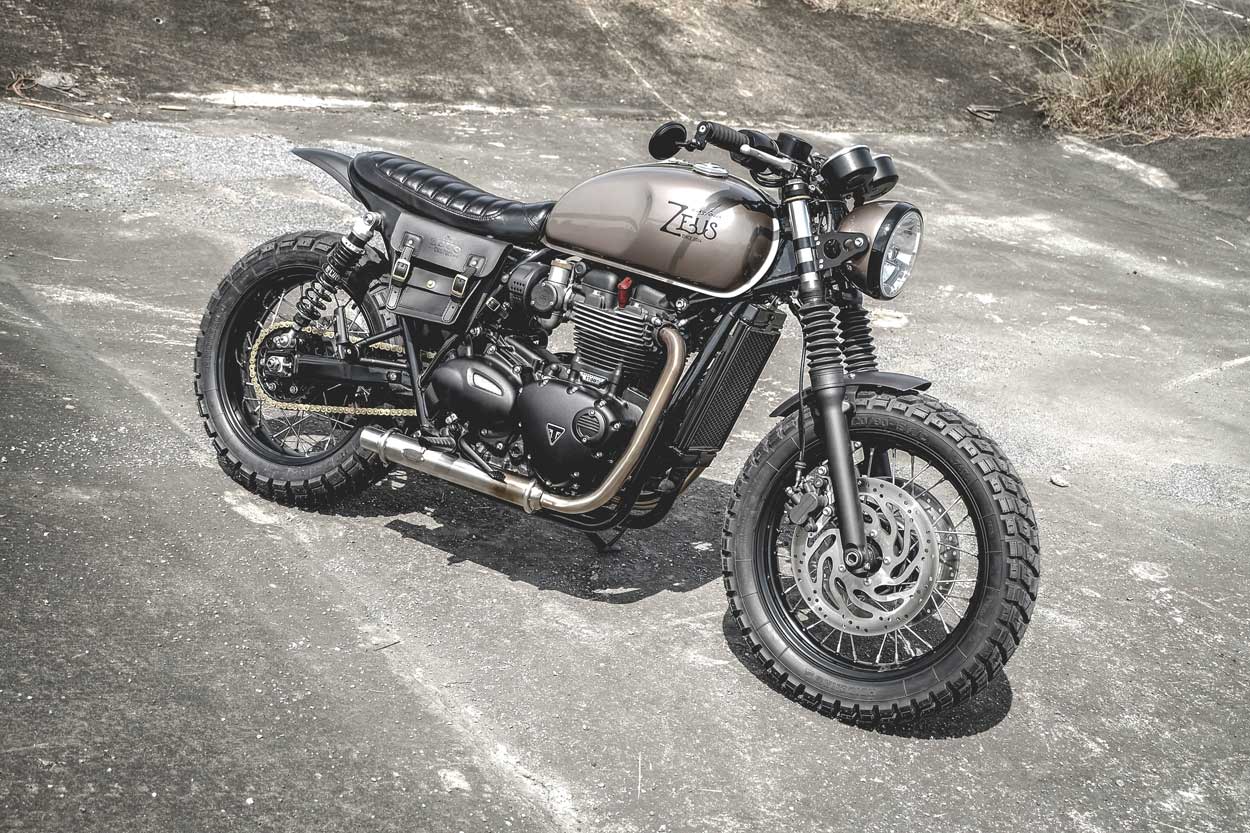 This build like many before has had the ubiquitous frame loop modification popular on pro-built custom twins, but unlike those other builds, here the Twin has been fitted with an L.E.D tail/stop light recessed into the new frame loop, leaving the custom rear mudguard clean and clear. Though I imagine at some point a side mounted number plate bracket will be called for. 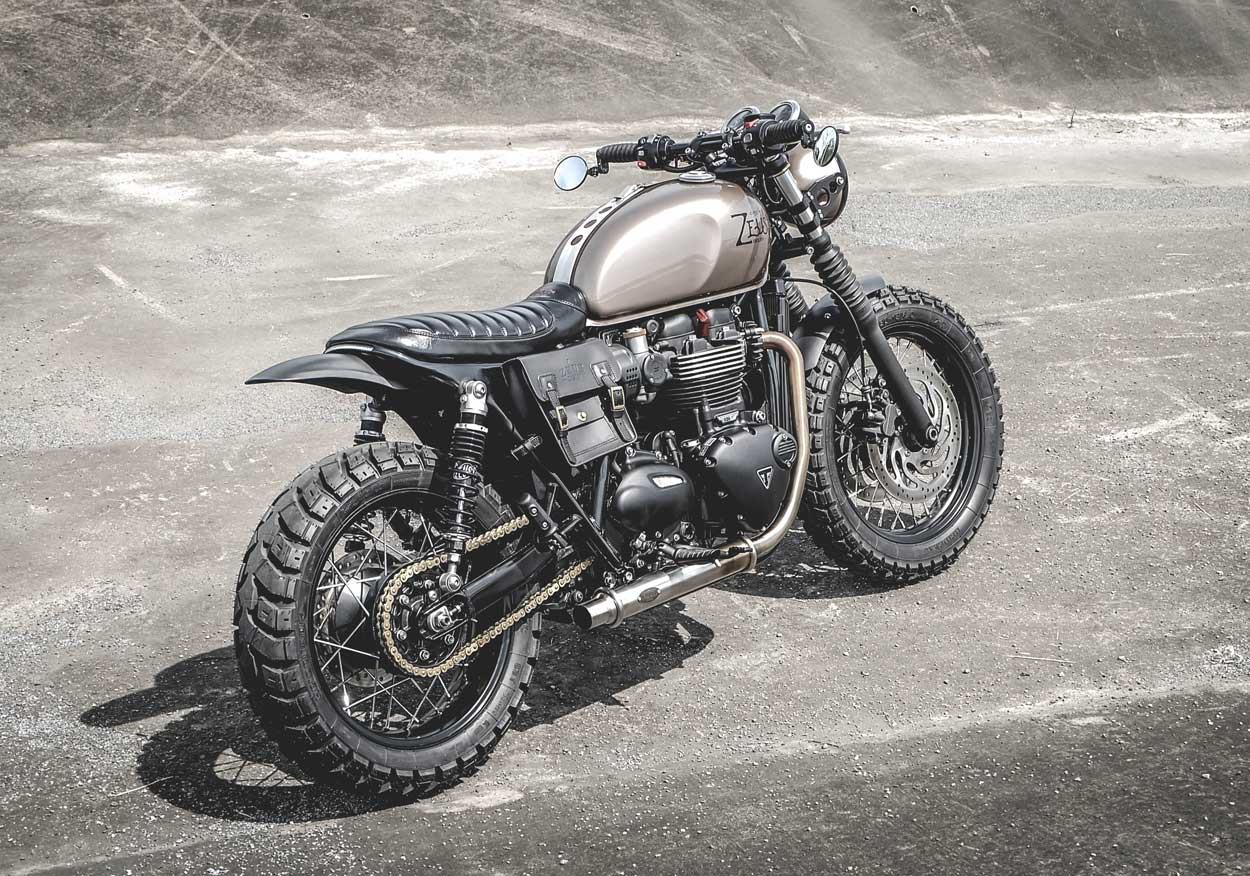 A chopped frame needs a chopped seat, seen here attractively stitched in black leather and adorned with a embroidered  Zeus logo. Either side of the seat sits a pair of Zeus branded side-panel bags, again in black leather. We are seeing more and more side-panel bags on the Hinkley Triumph Twin, no surprise, as they are a cool and handy way of carrying a bike-lock, waterproofs or a Glock 17 if you so desired?

The T120’s bronze painted fuel tank also wears the Zeus motif, much like many other aspects of the build. A tank also wearing a custom aluminium tank strap similar to those on the Thruxton R.. Under which lies contrasting dark chocolate padding crafted from leather. A small detail providing a simple contrast from all the blackened parts. 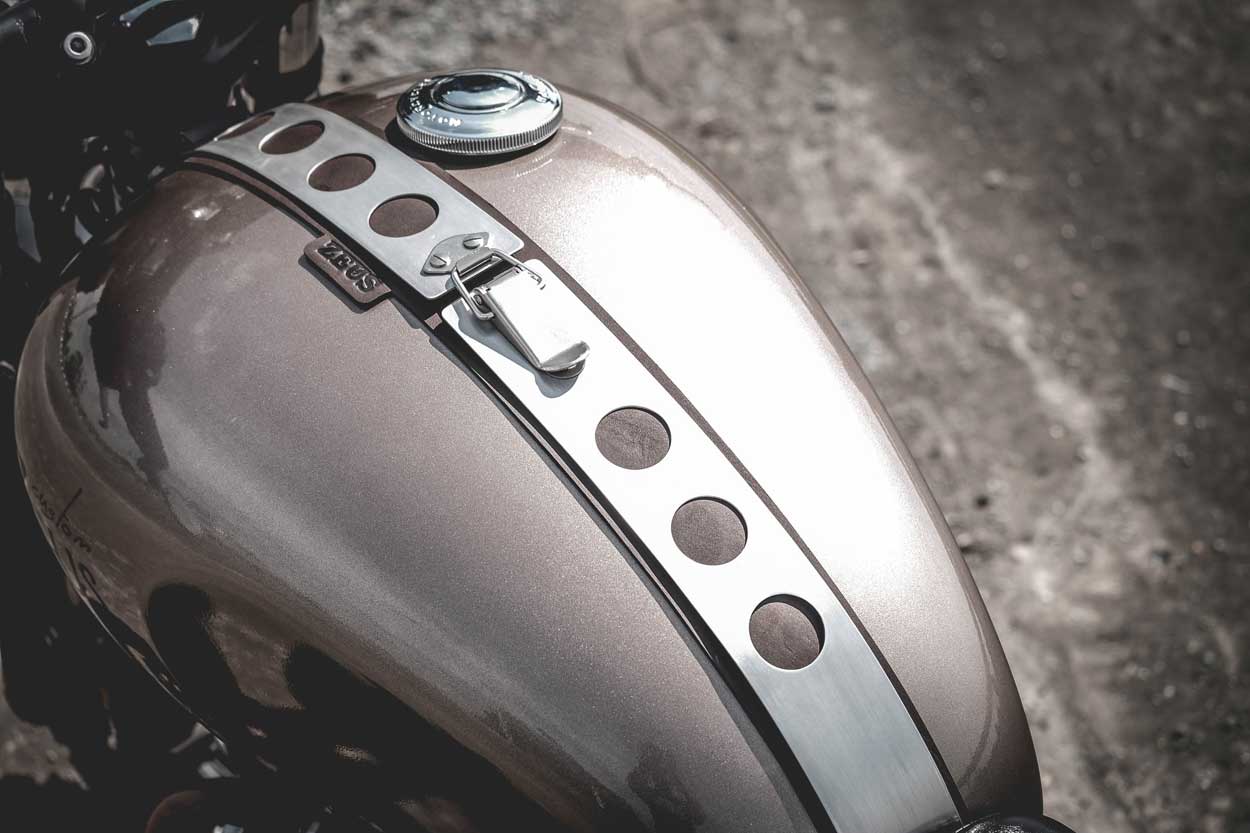 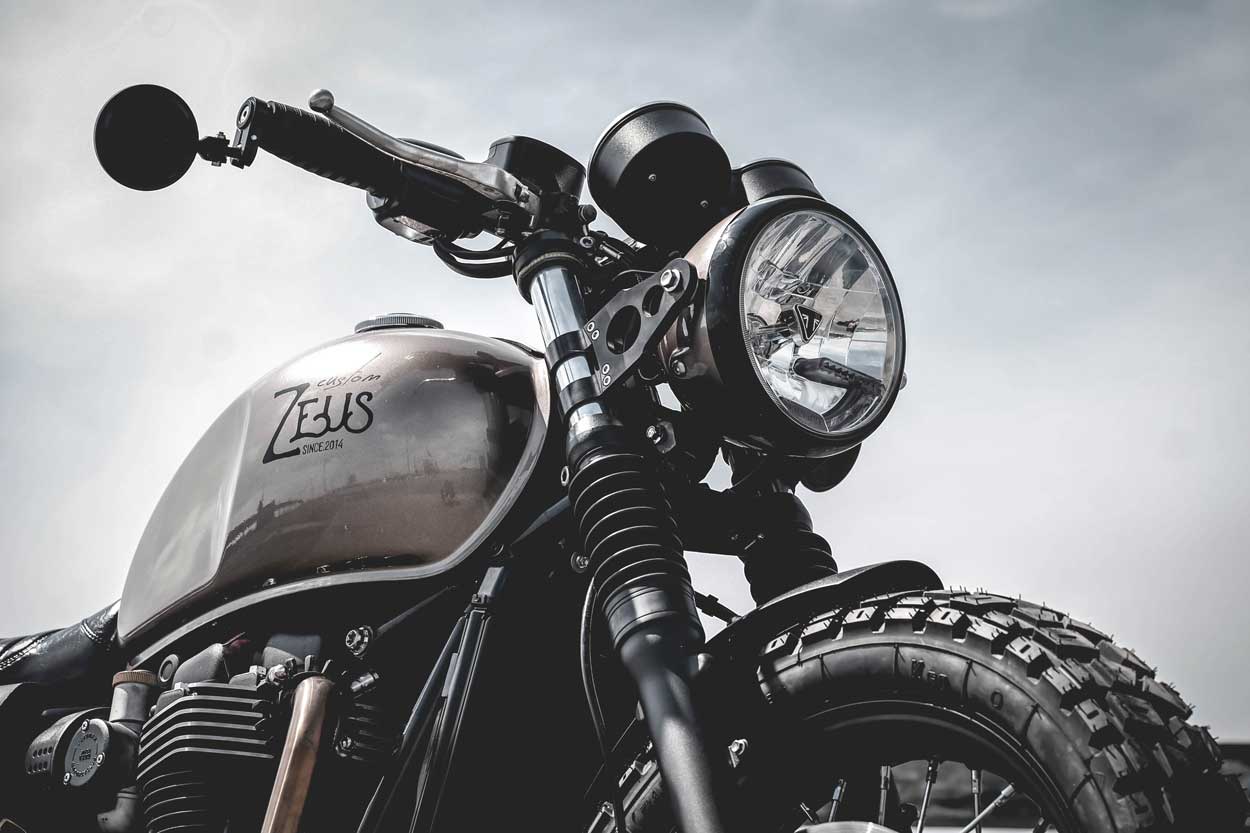 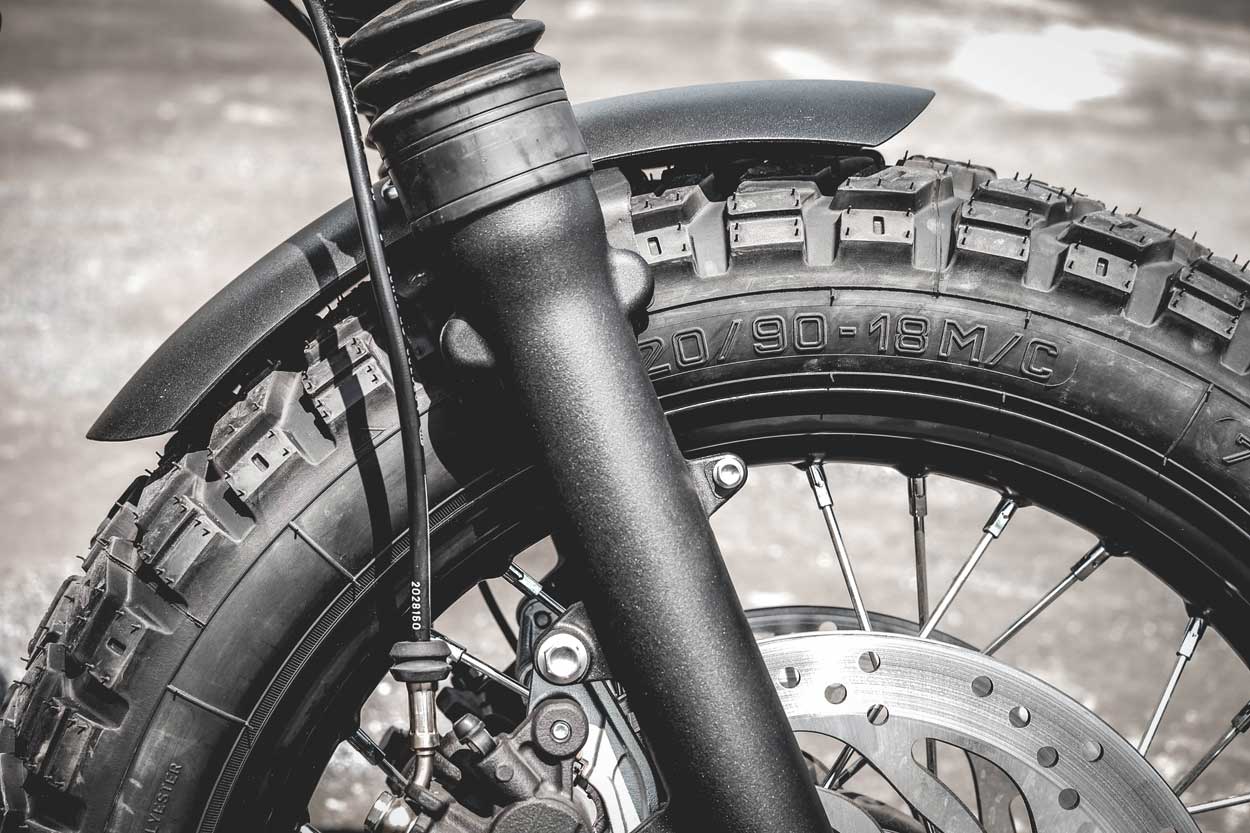 A nice dual sport tyre which in my opinion offers a better ride compared to the Continental TKC80. No custom Triumph Twin is finished until it sounds as good as it looks, after all, don’t loud bikes save lives? With this in mind, Mooyong crafted a set of custom made 2>2 shorty pipes in stainless steel…. perfect!

For more details on Zeus Customs and Mooyong work, check out the links below.