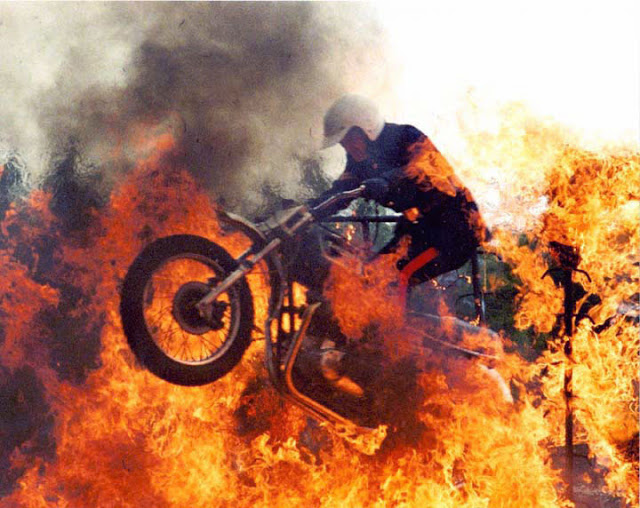 The White Helmets on Hinckley Twins?

Share
I have just finished reading the March issue of Classic Bike Magazine which has an interesting article on the British Royal Signals Motorcycle Display Team. The White Helmets. While reading the article I had an idea. The thirty man team that make up The White Helmets are currently riding L F Harris Triumph’s TR7V 750’s which were built in 1999 and only now are coming to the end of their life expectancy (After the collapse of Meridian L F Harris built  the TR7V and750cc Bonnevilles under licence from John Bloor  who in 1991 opened the Hinckley Triumph factory ). The Team had already looked at the Classic Hinckley Triumph range as a prospective replacement but found them too heavy, something many have said of the range. Considering just how many motorcycles the White Helmet team use, Im sure someone could make a profitable, lighter, stronger but still ‘Classic’ looking frame for the Hinckley Twin, which could be used by the display team as well as  a few others who would love a practical off-road frame for their Hinckley Twin engine.  I recently features the Mule/Streetmaster framed Flat Track bike on Bonnefication which utilises the Hinckley Twin, just how many would need to be produced to make the frame economical I don’t know, less than thirty perhaps. Maybe Richard Pollock could design and build a frame for a Triumph Dirt bike, now that would be interesting.
A more practical option would be to modify the standard Bonneville, start by making it lighter…a lot lighter. A motorcycle similar to the original Hammarhead,Jack Pine might be ideal. The teams motorcycles don’t use lights, so a very basic wiring loom could be fabricated, street legal exhausts are not necessary, so straight through pipes will save a few pounds. Just how much weight saving could be achieved is something Im looking at while doing my own project ‘In the Shed‘
Maybe either option would be too expensive to produce en masse, the British Army are not cash rich after all, there are better things than stunt motorcycles to spend their money on, better care for the wounded for example. Perhaps Triumph should donate the bikes as a show of support for the British Armed Forces. The bikes could then be modified into display bikes. It would be great to see The White Helmets running Hinckley Triumph Twins, it would be great for The White Helmets, great for the British Army and great for Hinckley Triumph.
Perhaps when my own bike is finished I will ride it over to Blandford Camp, the home of The White Helmets for them to try. I  just might get and order for 30 more. 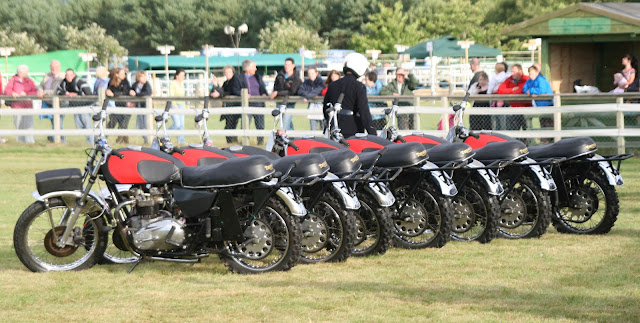 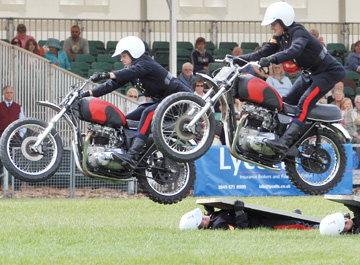 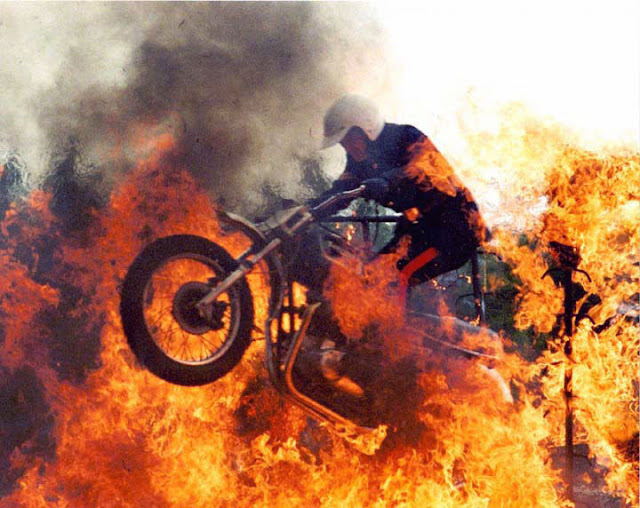 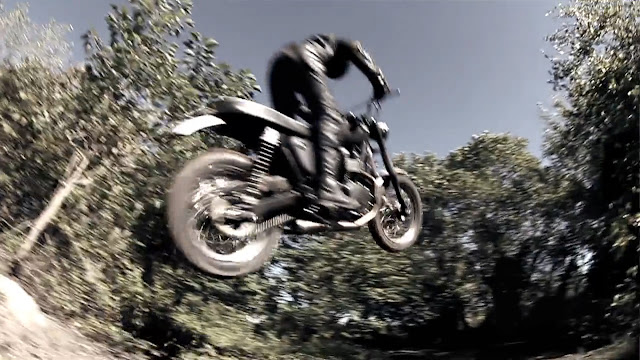 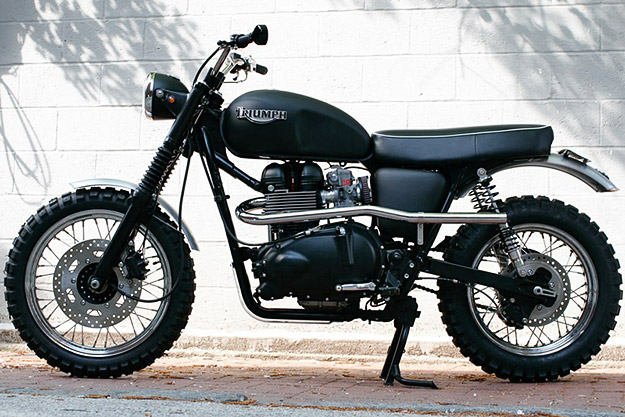 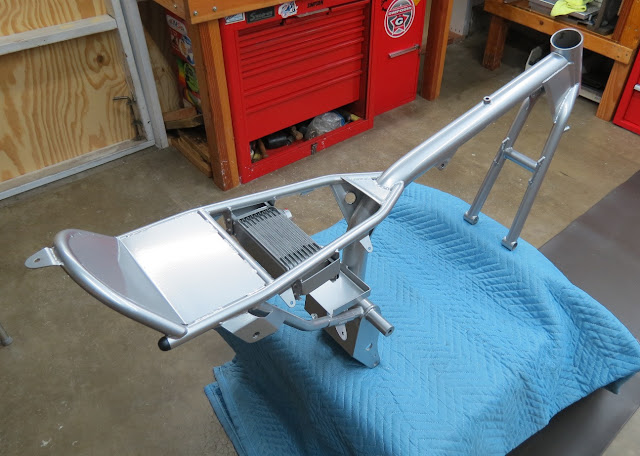