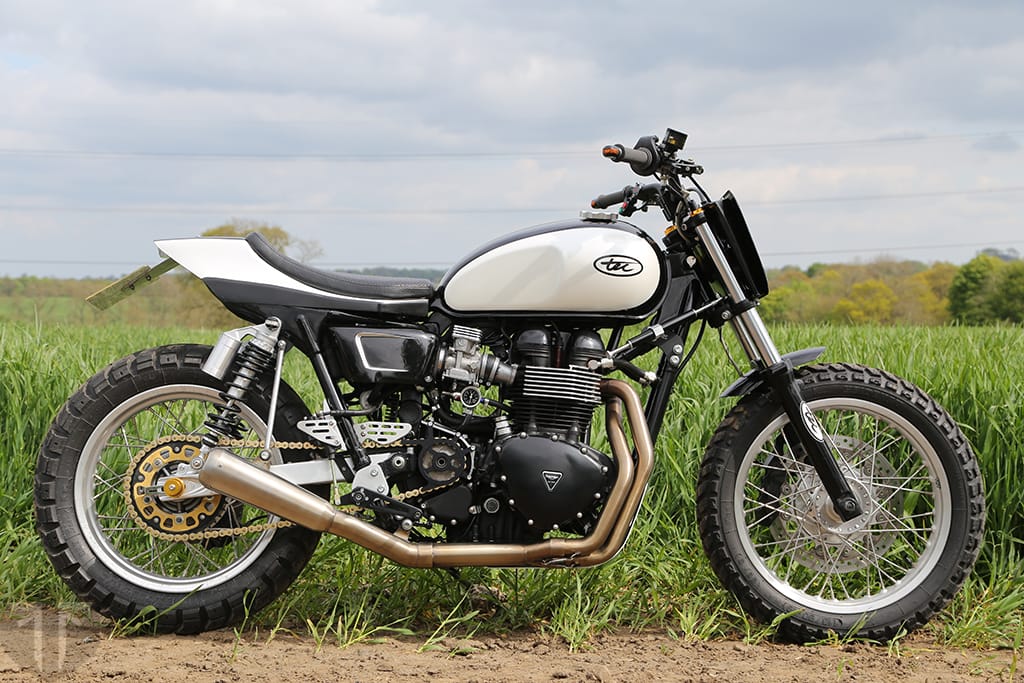 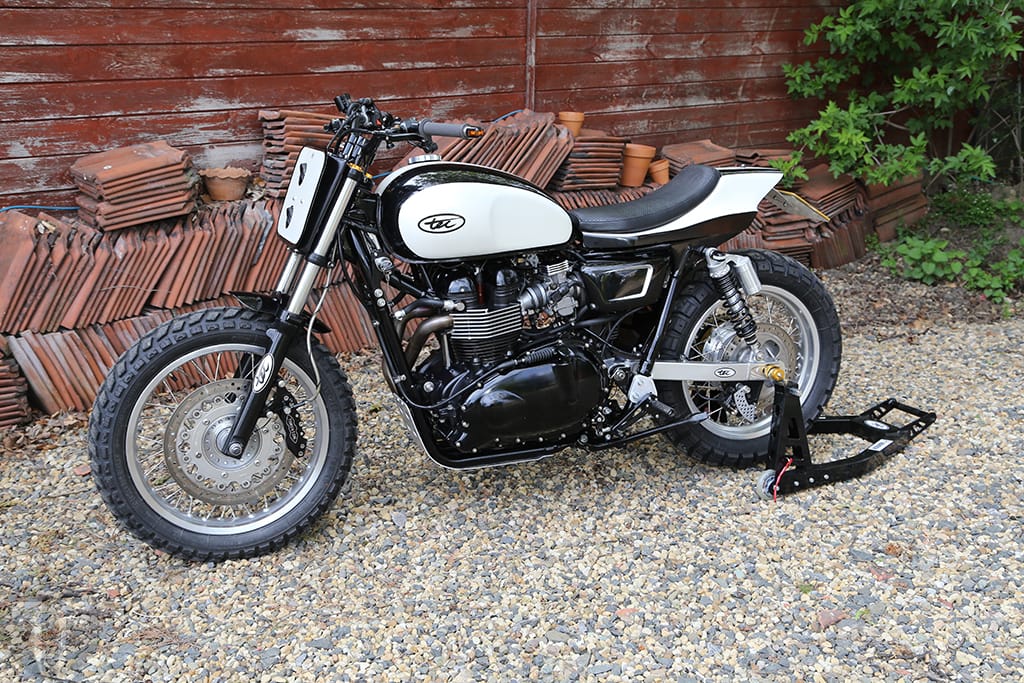 If you haven’t heard of TEC Bike Parts, I would suggest you either don’t own a Triumph, or perhaps live in a cave!. Formed by George Milburn in 1990, TEC has grown from being ‘The Electric Centre’, an auto-electrical company for cars and motorcycles, to ‘TEC’, a family run business which now produces a very nice, and reasonably priced range of parts for the Hinckley Triumph Twin. 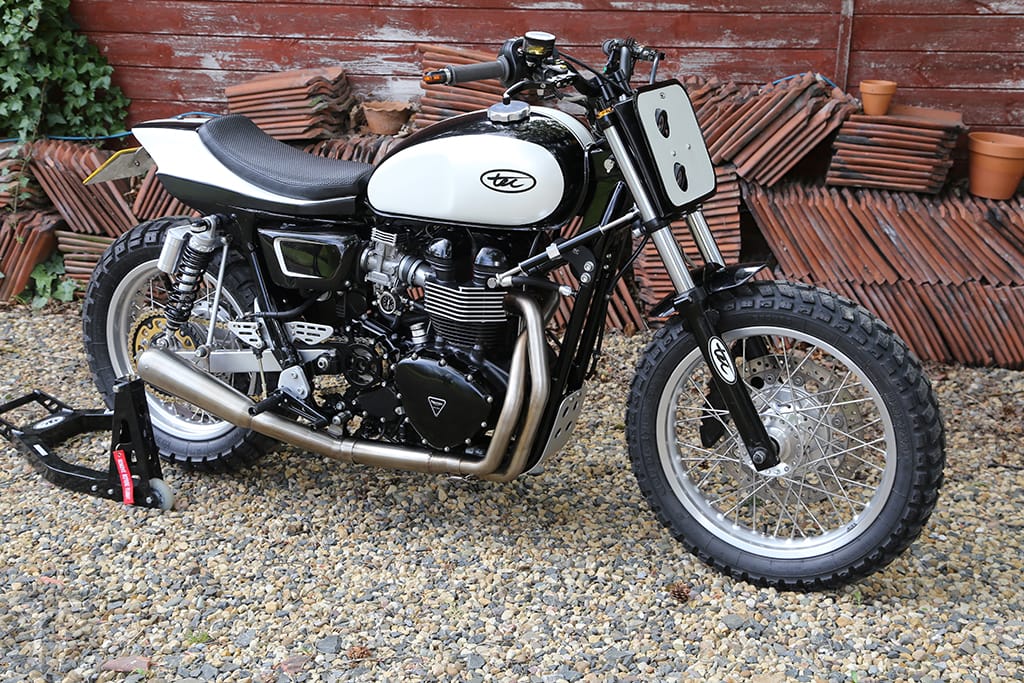 To showcase the range of TEC parts, as well as demonstrate how to modify your own Triumph Twin, George put together a six part video diary documenting TEC’s Triumph Tracker build, called the Orca’, named after the Triumph’s black and white paint scheme, and based on an 2003  EFI model Triumph T100, yes 2003, a long story which involved the original 790cc engine being transplanted into a chopper by its previous owner, and this bike being recommissioned by George with a later fuel injected engine. 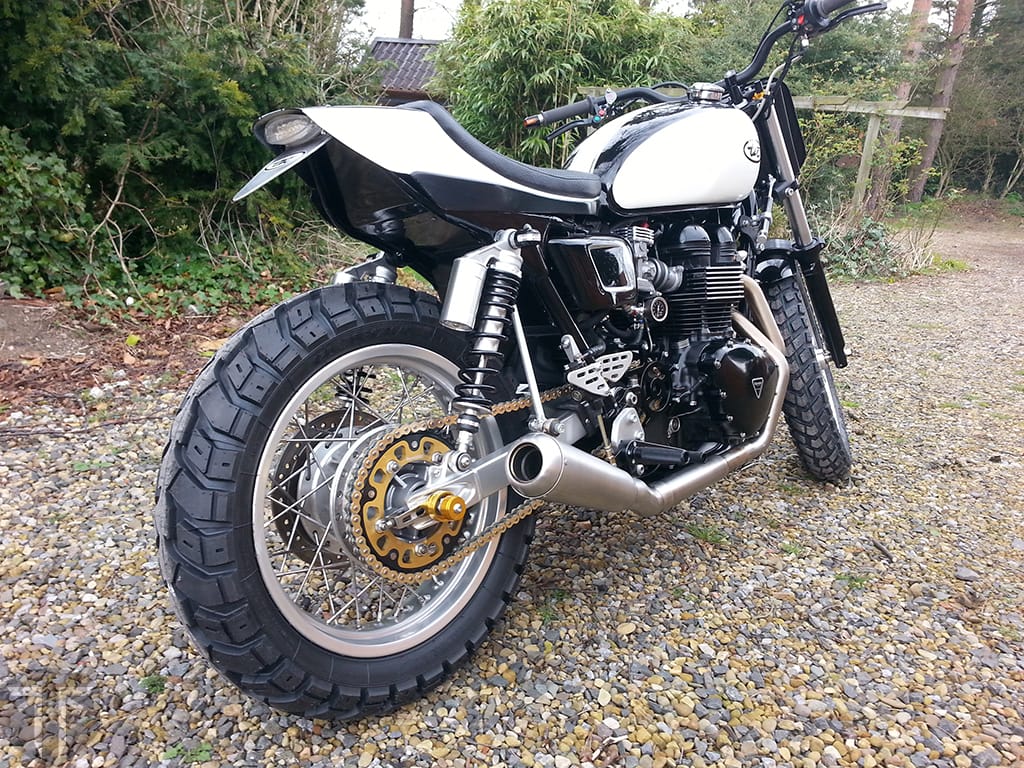 Normally I would now write a wee bit of editorial on the work that has been carried on on the Twin, but not on this occasion, as George’s video diary will tell you everything you need to know about the TEC  Tracker build, including giving you an idea on what goes into making an in frame oil cooler, frame modification, the changing of the EFI tank and where to relocate the now homeless fuel pump, the sort of stuff you often wonder when you read about these modified machines. 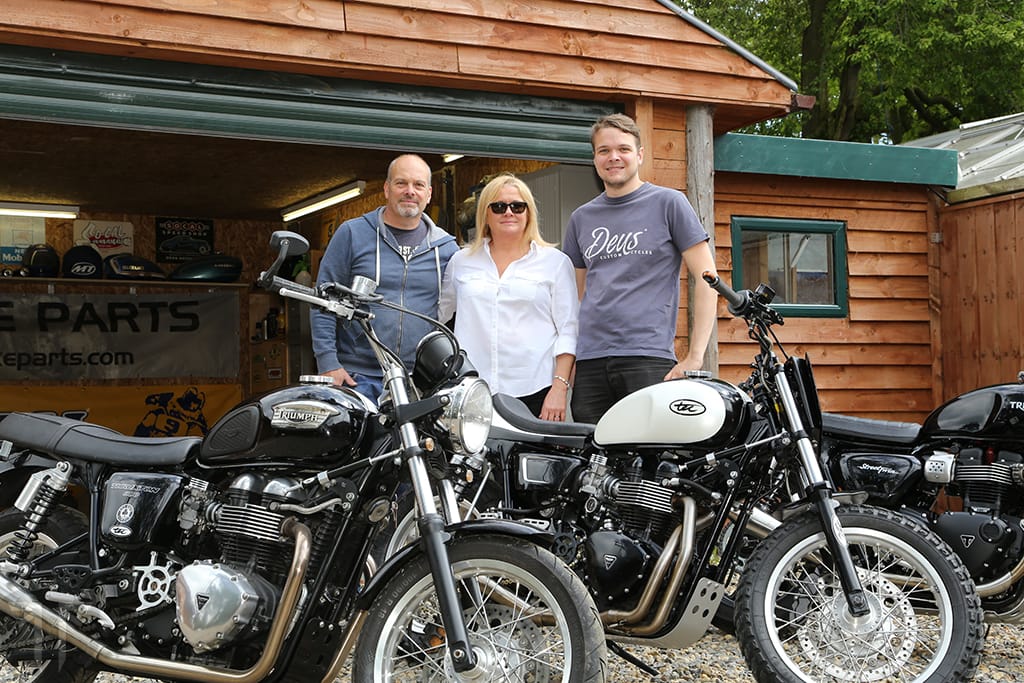 If you are planning your own Triumph Twin build, or perhaps have just thought about it, the ‘Orca’s’ six part build video is worth taking watching, I learn’t a thing or too myself. 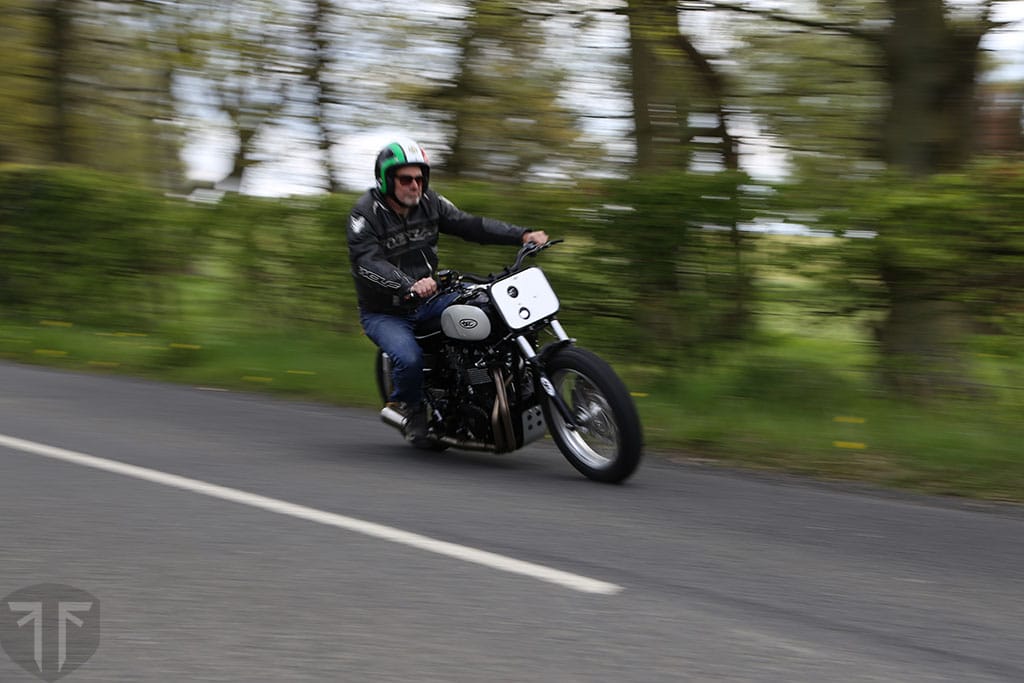 I think you will agree the finished bit looks great and feature some really nice modifications. Huge fan of the Tracker style and this one is as as good as they come.