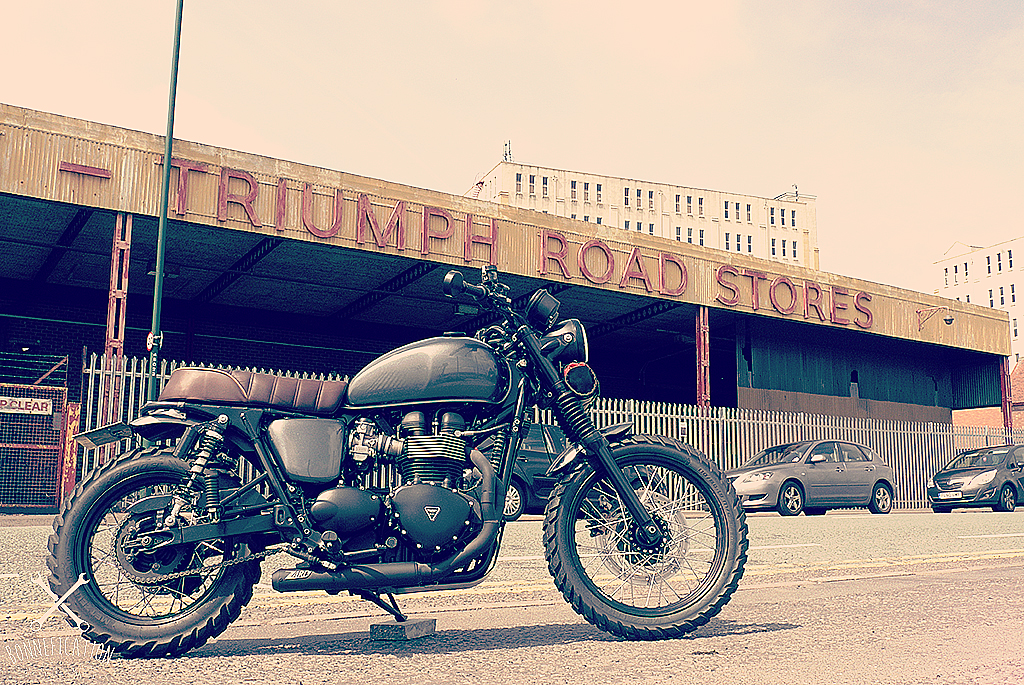 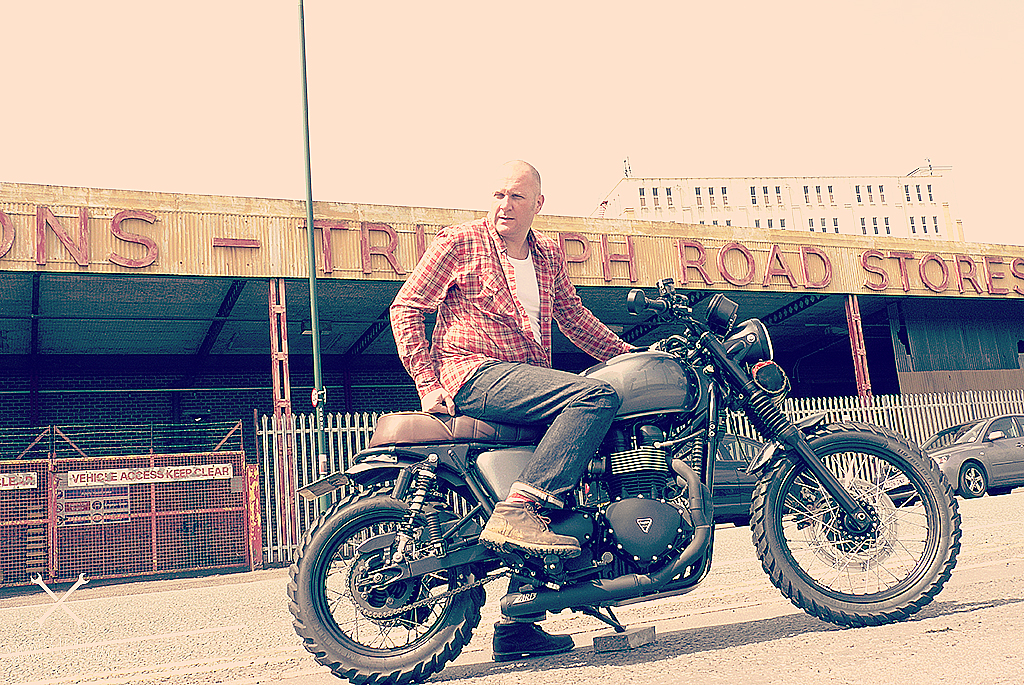 The line between a Shed Build and a Pro Build can be pretty thin. With the only real difference being what the bikes builder does for a living. This is no slight on the pro-builder, after-all the bottom line is what counts when building a custom bike you actually want to sell for a profit. No point in building a radical machine that will just sit in your workshop for years collecting dust. Its better to build something quickly simply and for maximum profit. At the same time this is what the home builder is doing, but on a budget instead of profit. The skill that both pro and home builder share is getting the bike to look right. And this is what we have here with Stuart Scrambler build. Its a bike which is a good as many a pro build, but built at home on a modest budget….

Stuart Briant purchased his 2011 Triumph Scrambler back in October 2014 as a winter project. The idea behind the build was simple… make the bike better! –  Stuart doesn’t claim to of done anything radical, saying it’s all ‘pretty basic stuff’, but what he has done is bring all the right parts together and that goes a long way to making a good looking machine. This in part was done with the help of a friend. Nick, who did the bits that Stuart couldn’t do himself. 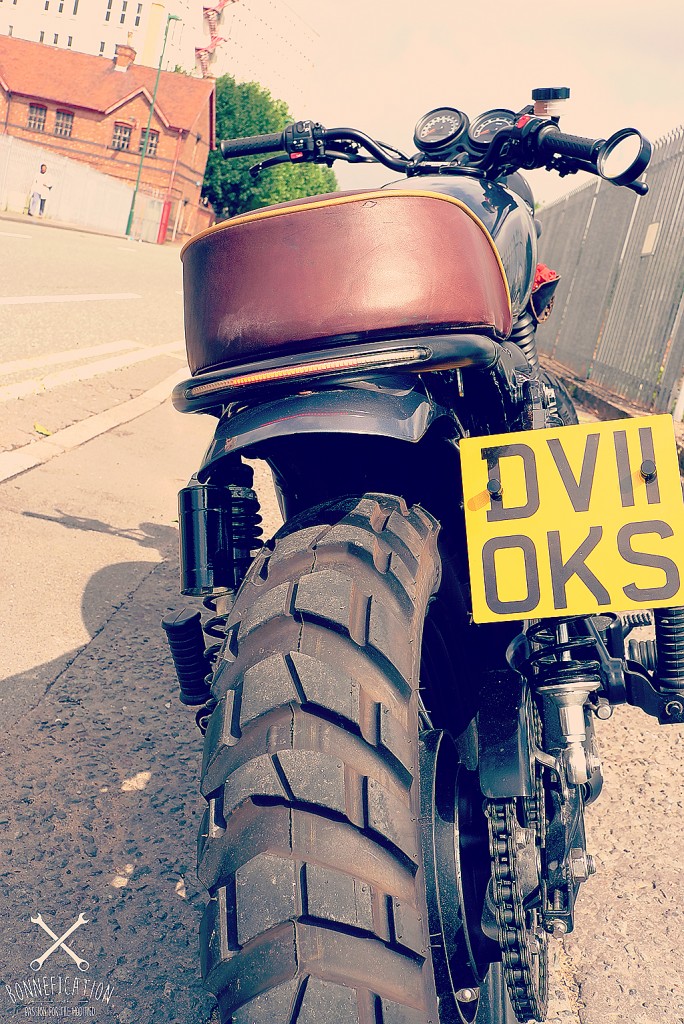 I have owned and still own Lambrettas. I sold off three, as you can only ride one at a time, so I have kept a tuned rusteration and now have gone to the dark side….

Some of you make of noticed the MrMartini seat which is one of the key points to this build and one of the few expensive ones. The MrMartini seat was unusual when it was revealed a few years ago, as it went against the popular thin ‘Brat Style‘ trend, instead opting for a more practical and comfortable ‘Fat Style‘ ( Oh I like that name) – This Nicola Martini thought was more in keeping with the Triumph Twins heritage as a Desert Racer of the 1960s’. 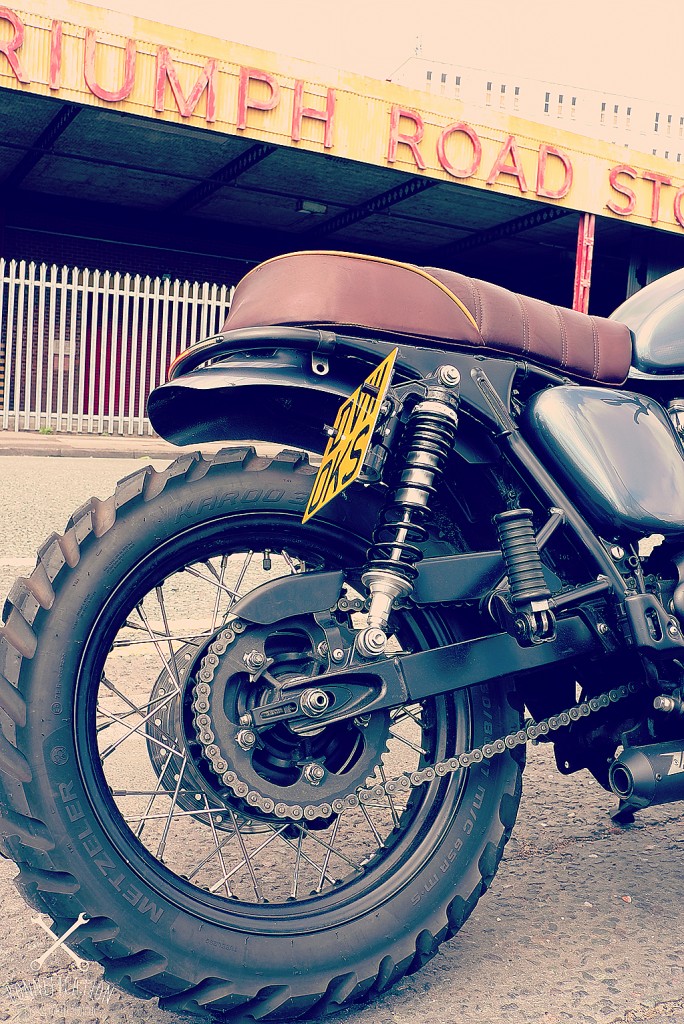 …Whilst a different riding proposition on a Triumph, it is simpler and nearly as enjoyable as a high revving two stroke….

The MrMartini seat was something Stuart had set his eyes on and simply had to have, which is no suprise as its an excellent choice for a Scrambler and looks perfect paired with the shortened stock mudguard and frame loop which incorporates a very nifty LED tail light and turn signals. 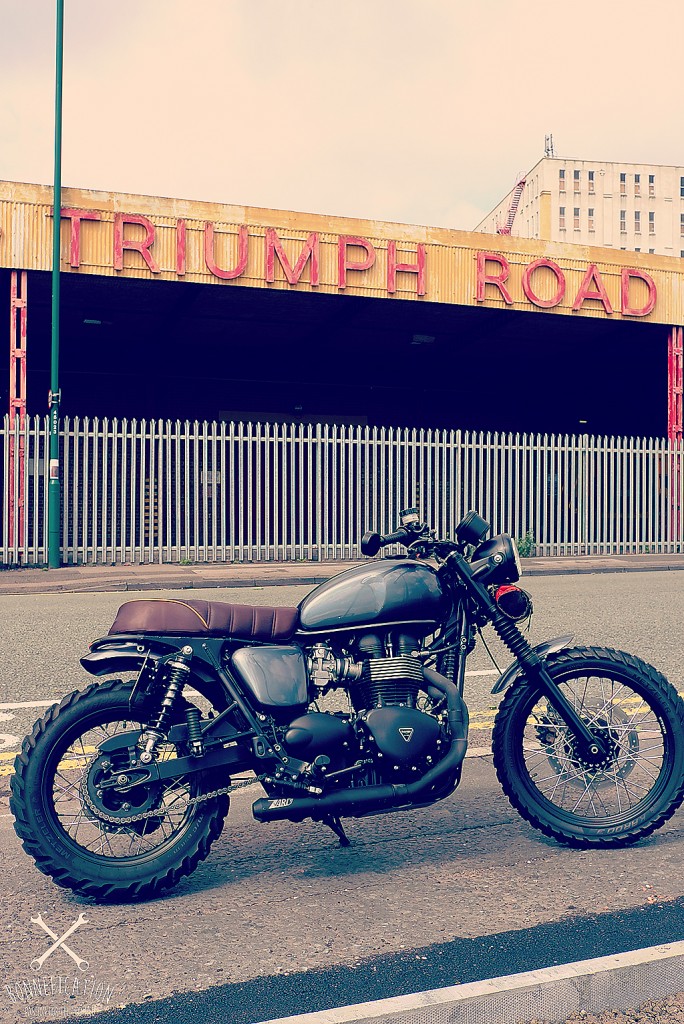 Originally Stuart had the numberplate fitted on the mudguard, which you can see pictured in the first pic, but due to the Scrambler bottoming out, Stuart moved the plate to a bracket mounted to the TEC Gas shocks. Something which goes a long way to clean up the back of the bike, though taking the risk with a smaller plate will finish the bike off a treat. 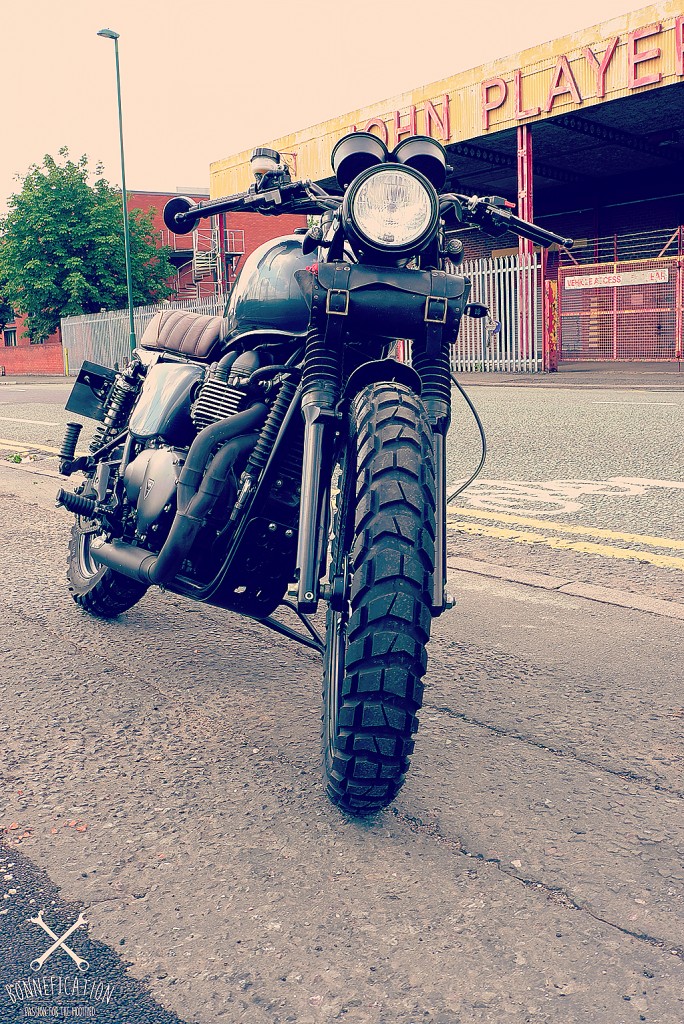 To finish the Scrambler off the tank ha been painted in Audi pearl grey, with Stuart having all the chrome parts coated black, including the wheels which were then fitted with Metzeler Karoo 3 tires. To match the new dark colour scheme a Black Zard 2>1 Cross Low exhausts has been fitted ensuring this Sled sounds just as good as it looks.

Overall a really nice build enhanced by the MrMartini seat which i always a winner and the LED rear light look great. Good Work!

Next
Mule France – So Britt and goodies