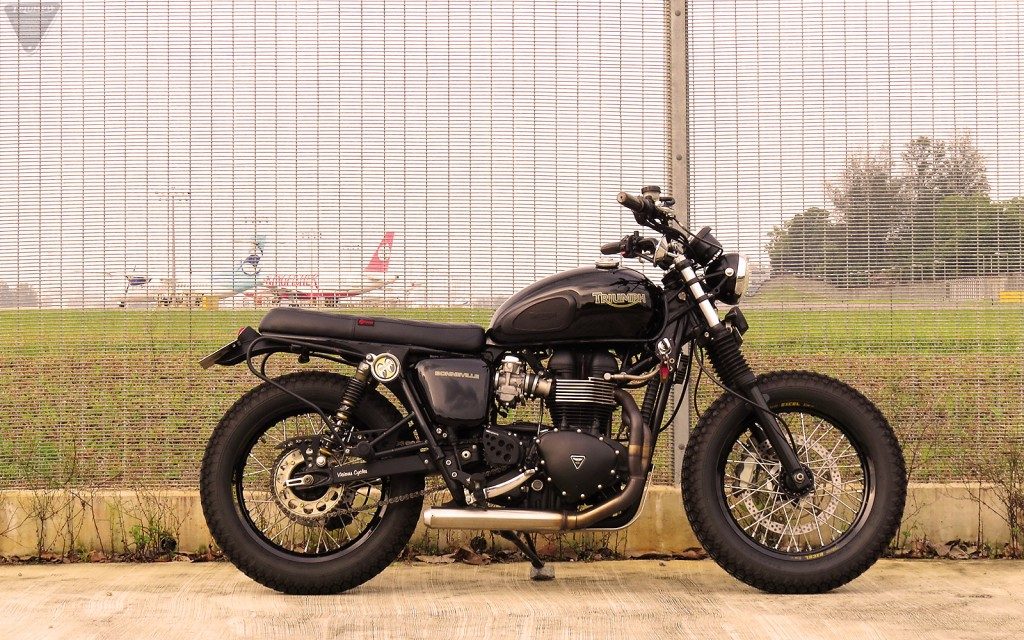 I do like a well put together Cafe-Racer, but to be honest they are just not my thing when it comes to riding style. If you are an avid follower of Bonnefication you may already be aware of my passion for Street Tracker’s and ‘Street Sled’ (My preferred term for Scrambler’s, as ‘Street Sled’ sounds so much cooler than ‘Scrambler’) So when Mervyn Goh sent me some pics of his own Bonneville based ‘Tracker’ I just had to know more. 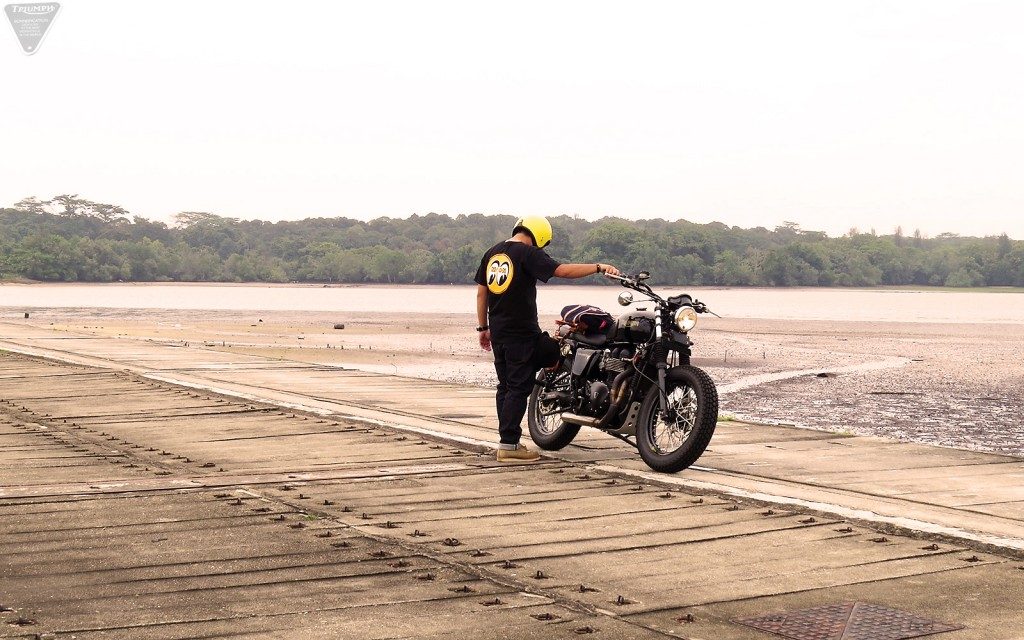 In Singapore where Mervyn lives and works as a Digital Art Diector there are very few of the ‘beautiful’ Triumph TR’s or Tigers , so in June of 2013 a 2009 Triumph Bonneville was purchased with the aim to make a new bike look ‘old’ – The Bonnevill’s first owner had set the bike up as a Cafe-Racer with LSL clip-ons and bar end mirrors and sat on the original 17” Mag wheels. For many these mods are great, but to take this bike in the direction its new owner wanted they just had to go, as Mervyn explans…

I knew I had to fit on a pair of Firestone ANS (4.50-18) so the rims had to be changed. Excel makes pretty awesome rims for dirt bikes so it was naturally my first choice. Due to the stock wheels being the mag wheels, I had to get a set of hubs that could fit and I want them to look stock – Like it’s meant to fit the way it should.”

“Thankfully the guys at Vicious Cycles Singapore (VCSG) were pretty knowledgable with dirt bikes, so Matthew, the owner of VCSG, suggested that I go for a KTM cush drive hub for the rear and a DRZ hub for the front. That way, I could keep my original brake disc and sprocket, maintaining the “stock” look. A couple of spacers and bushings had to be made to put all of the above together.”

“The rear fender was customised from a fender taken off a Honda (not sure which model), and also fitted on with what seemed to me like a sparto tail lamp but half in size? Most of the Bonnevilles I’ve seen are either fitted with the lucas tail lamp or some classic rounded ones, so I thought this was pretty refreshing.”

It rides smooth, it handles corners really well. I’m not exactly big or considered heavy-weight so the bonnie is pretty powerful for me. Even at 130km/h, within a throttle’s twist, I still feel the torque and more power kicking in. Never fail to surprise me and kinda makes me proud of the bike.”

Overall I think this is a great looking machine! – One that I would be proud to ride and shows just what can be achieved with the right parts and vision. The popuar Firestone tyres play a big part in the look of the bikes, but some feel that classic tyres are a step backward. But lets face it, they do make a whole lot of difference .