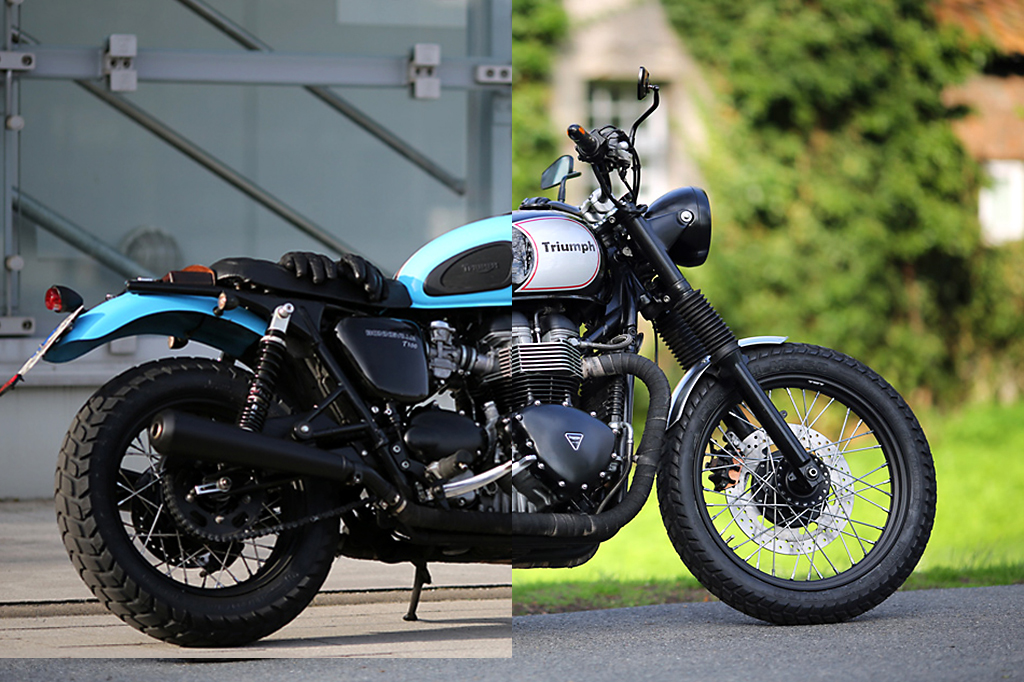 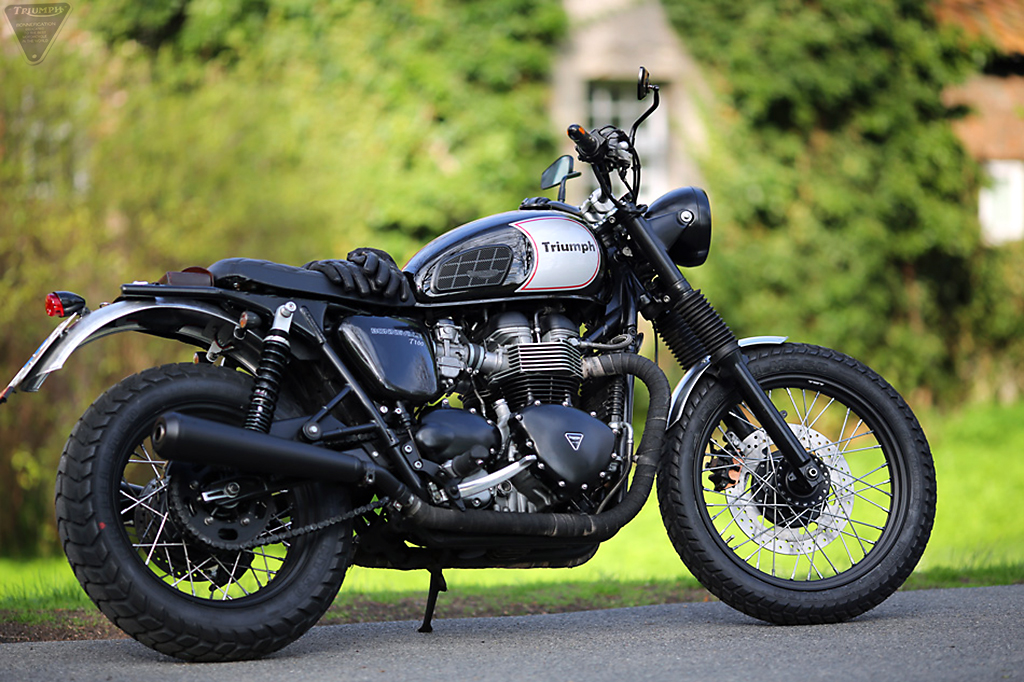 Jörn Zastera from Wolfsburg in Germany is as passionate about photography as he is about Triumph Twins, regularly taking his Bonneville around Europe attending events including Glemseck101 and Tridays, the worlds biggest Triumph festival which is held in Neukirchen, Austria. Where, for the last two years Jörn has been lucky enough to combine his passion for photography and Triumph  motorcycles, having been hired by Uli Bree, the mastermind of Tridays to take pictures. 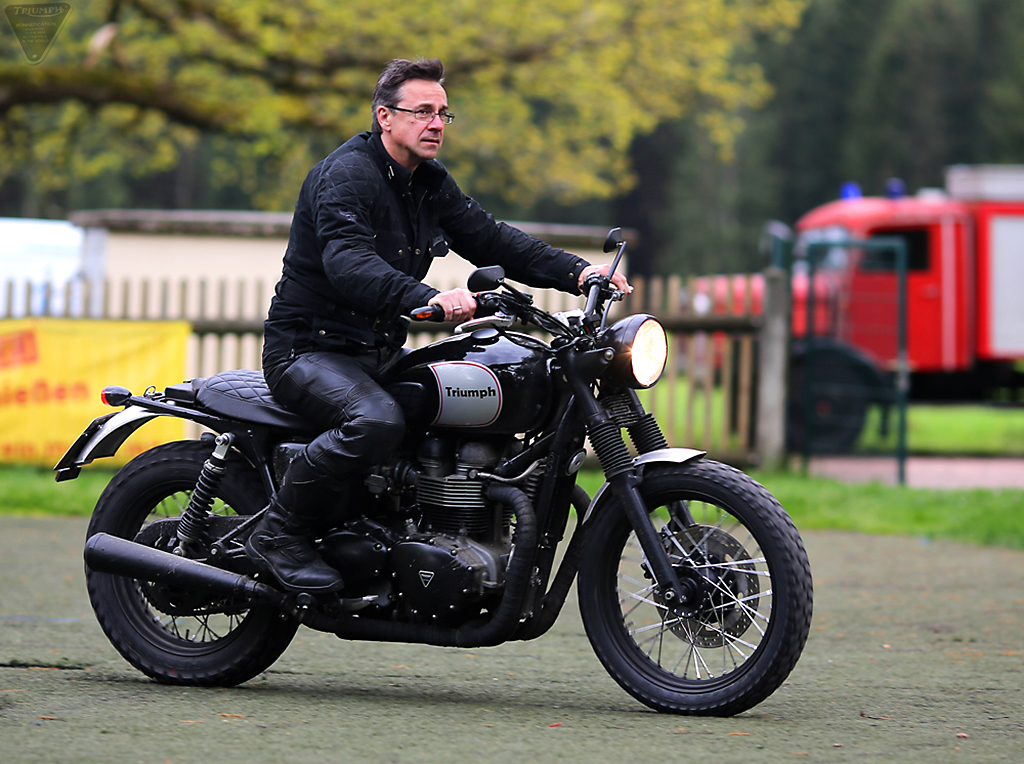 When Jörn isn’t riding the Bonneville, he like many of us enjoys tinkering. The first thing to be replaced were of course the stock exhausts, being changed for a set from Shark which were later powder-coated Black. The Tank was the next thing to receive the Black treatment as well as the wheels which have also been powder-coated. The bike also sports Black handlebars from LSL as well as the popular Motogadget Mini speedo. 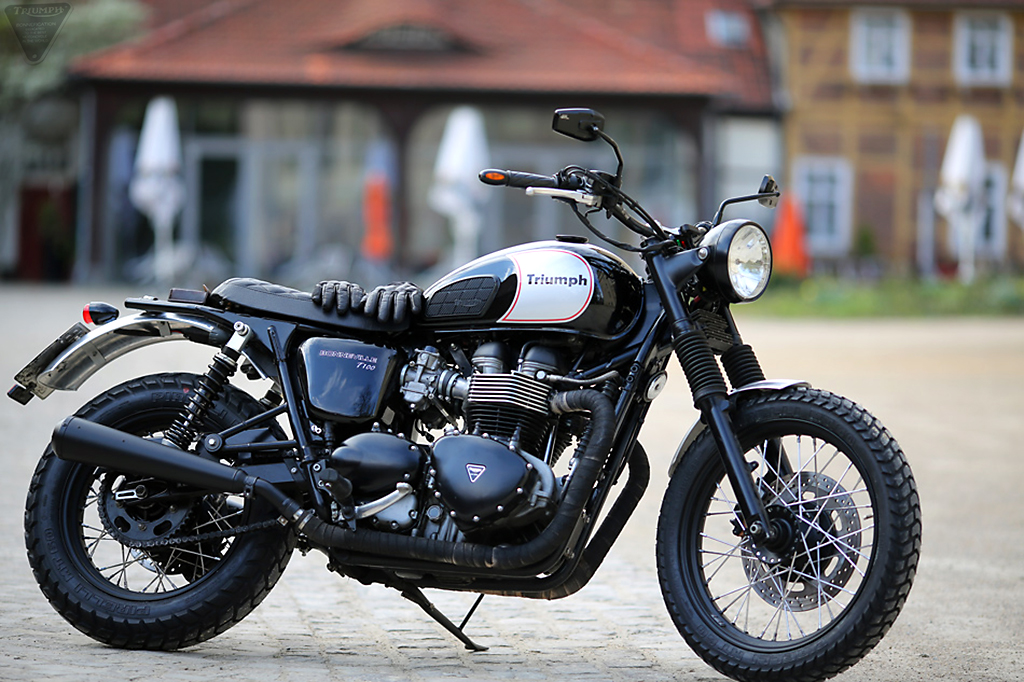 The seat was reupholstered to make the bike that little bit special. The suspension as you would imagine has not been overlooked on this Bonneville with both shocks and springs being replaced by items from Wilbers. Jörn also has a complete set of tinware so he can change the colour of his Bonneville from Black to a very nice shade of blue. This I imagine is a motorcycles version of a little black dress or a Tuxedo, depending on the sex of the bike. 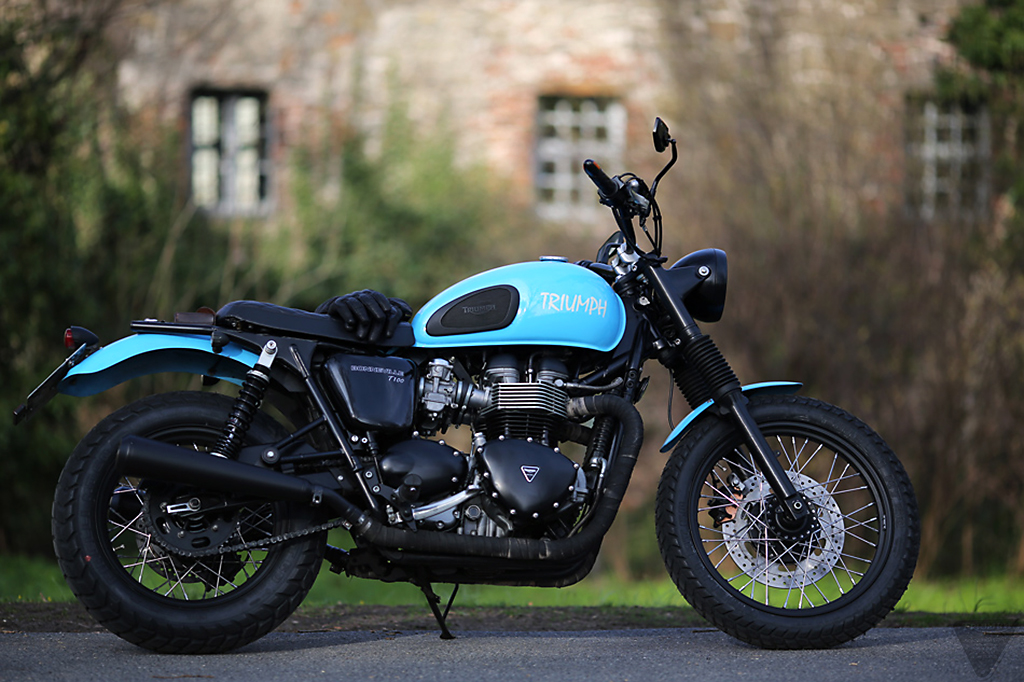 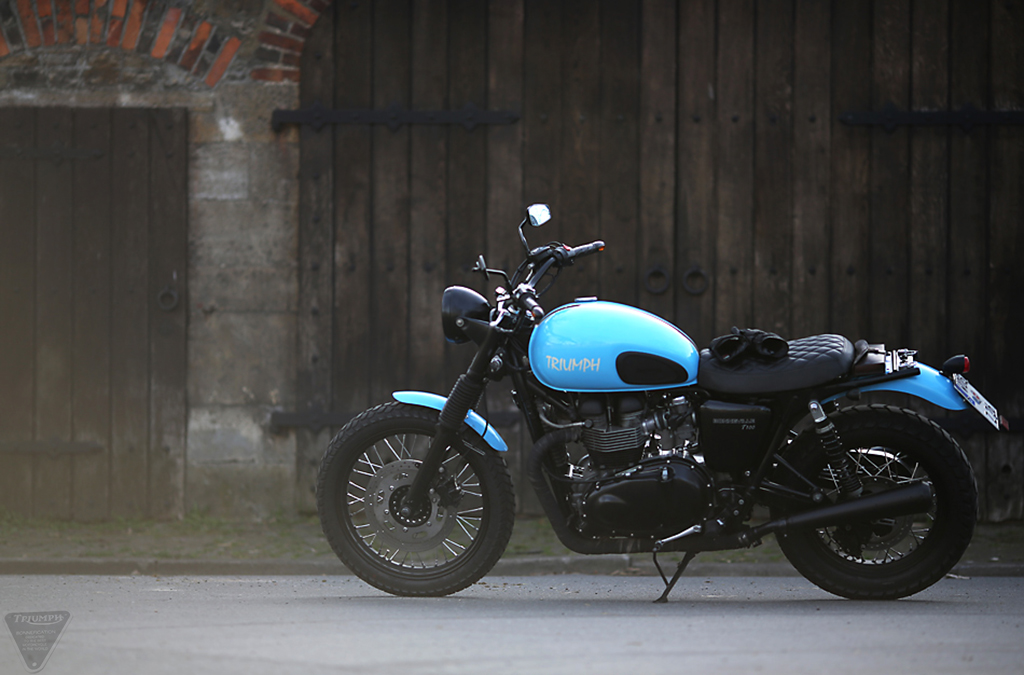 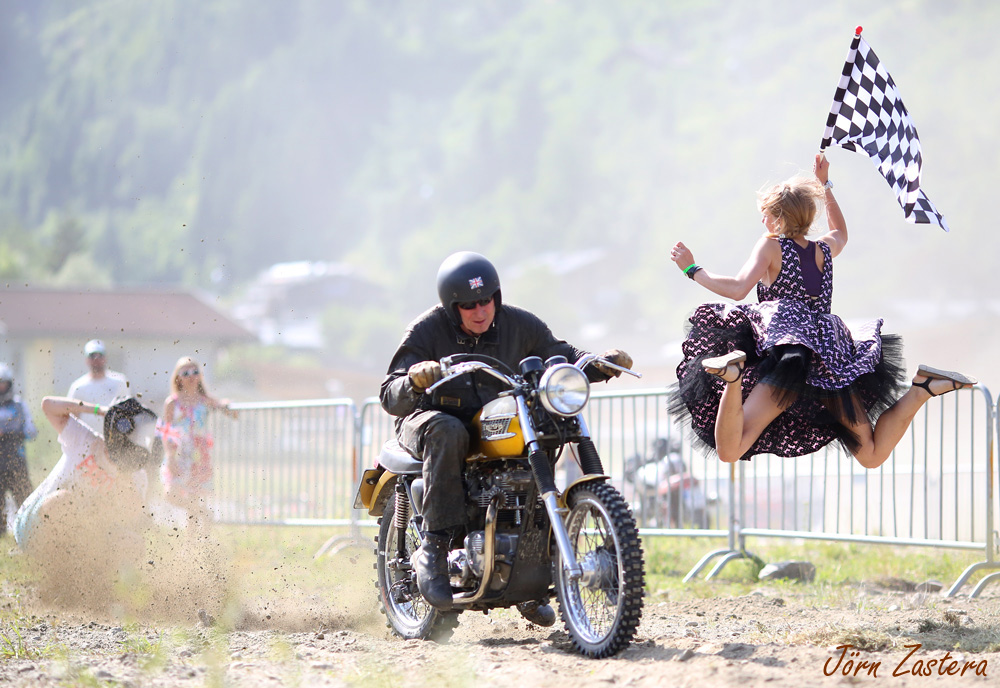 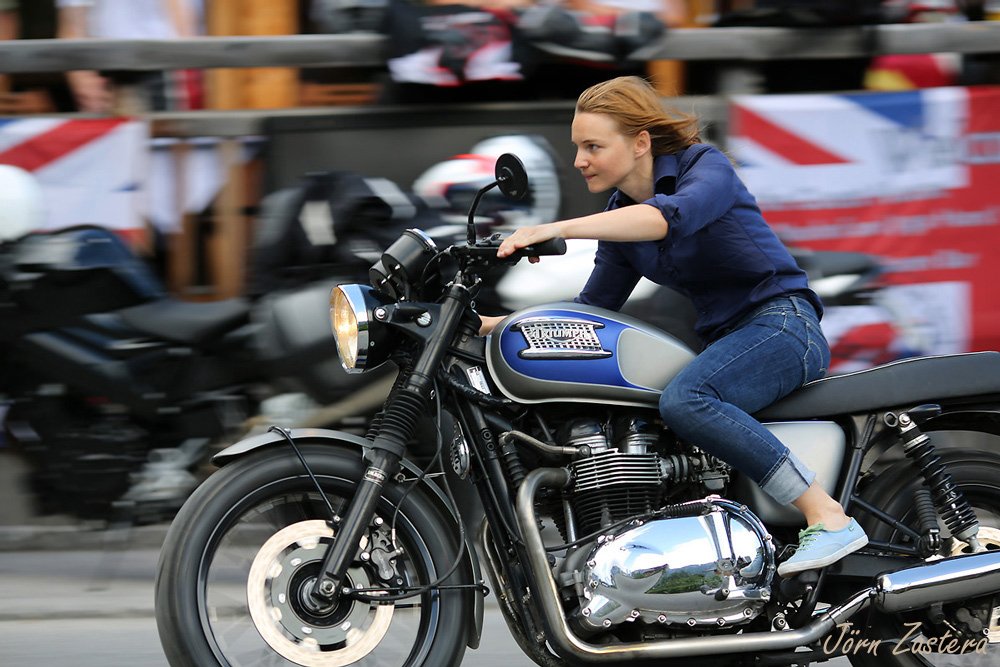 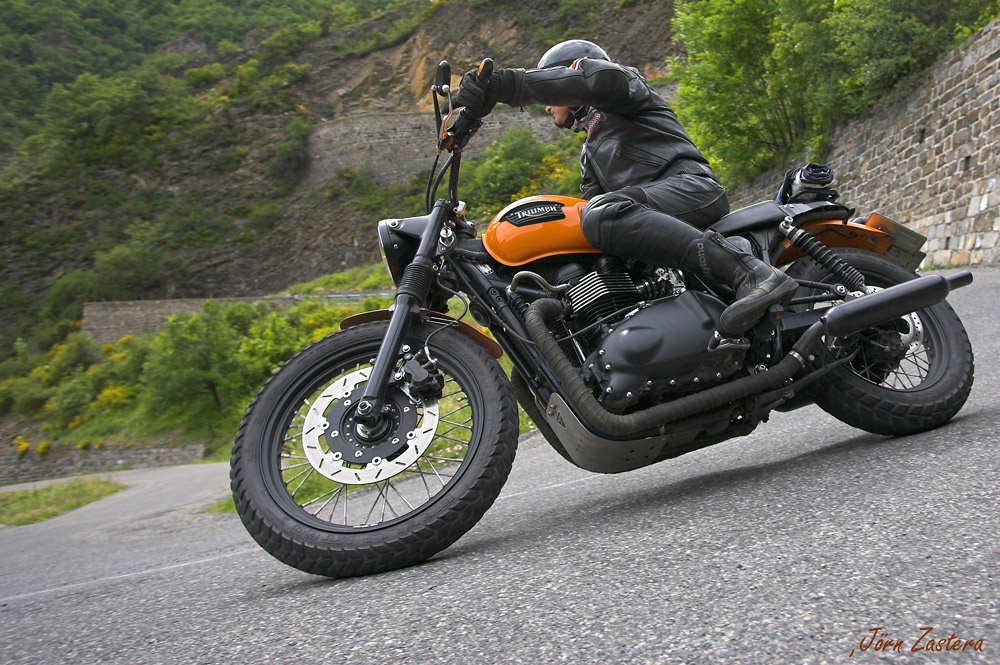