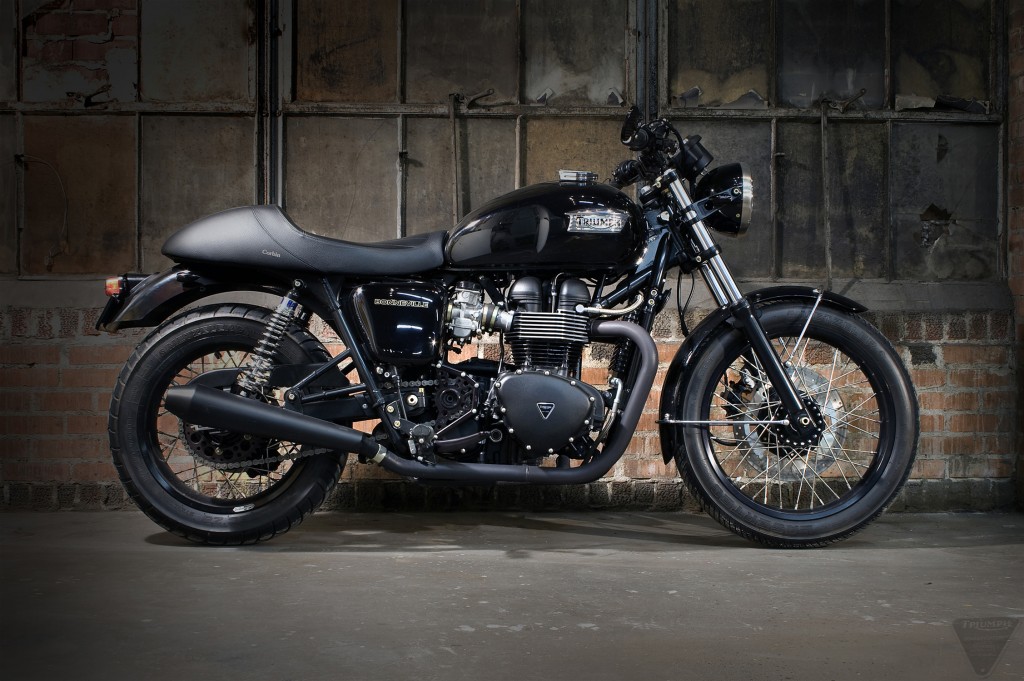 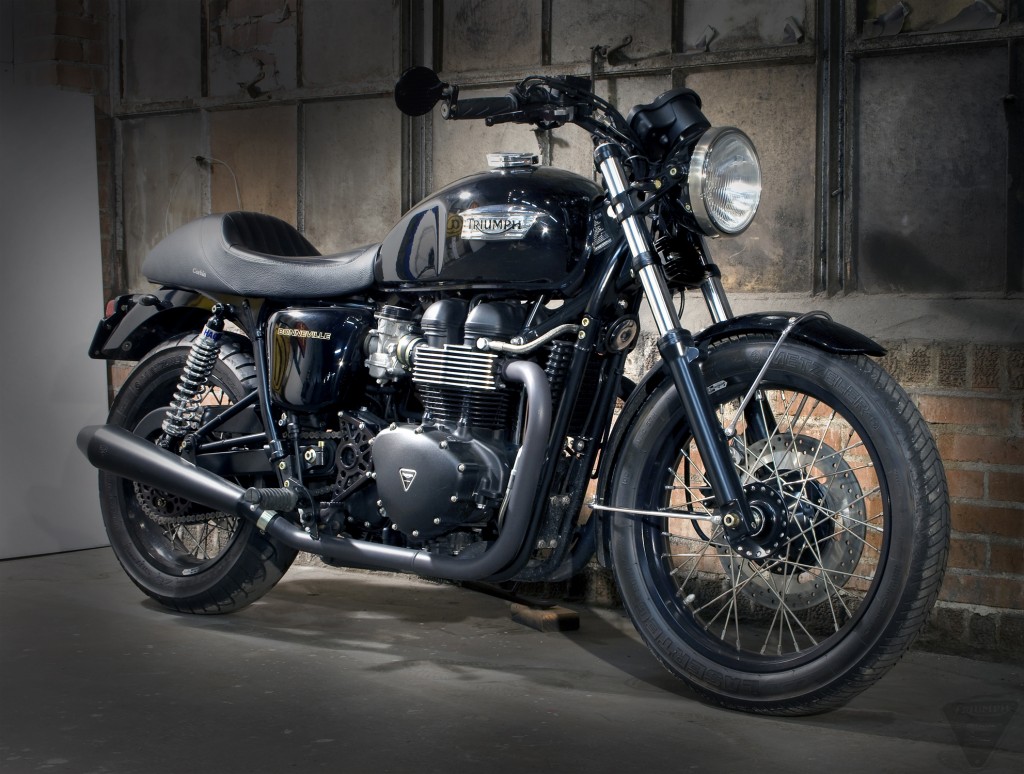 Ray Phillips is an accomplished self employed Artist/Painter, with a 3000 sq ft studio is in the East End warehouse district of downtown Houston, Texas and lives with his girlfriend in a Restored Mid-Century house. Clearly Ray enjoys the finer things in life and why he rides a Triumph Bonneville Black. 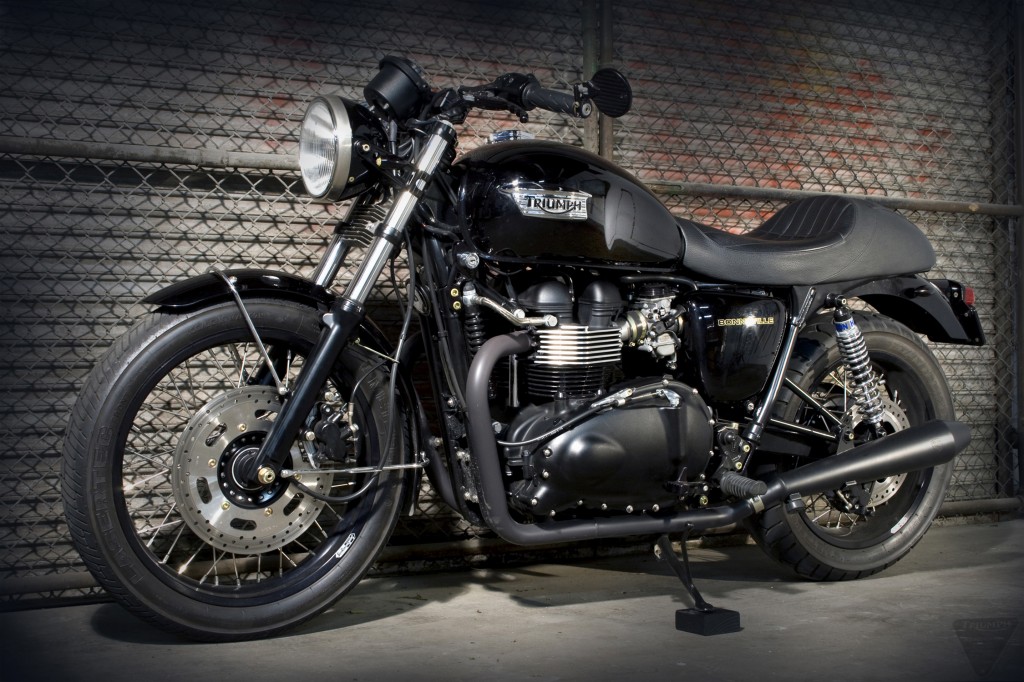 Ray purchased the Bonneville off eBay after falling in love with the brand while looking for a replacement for his Yamaha 1100 cruiser. The obvious choice led Ray to his local Harley dealer, outside of which stood a Triumph Bonneville. This as it turns out was very unfortunate for the Harley dealer as on that day they lost a sale. It took Ray six months before he found his perfect bike, but when he did it was from the Los Angles based parts specialist Joker Machines.

“I like the upright riding position of the bonnie, handling, style and I always turn around and look at it after I park, ha!… Nothing compares the adrenaline and fun of a Bonneville in the turns”

Some of you may recognise this particular Bonneville Black as it was Joker Machines demo bike and was even seen on Cafe Racer TV. That aside the modifications to Bonnie haven’t ended just yet. Rob has caught the bug and has added a D9 Speedo bracket with LEDs, Pirelli Sport Demons Tyres, Rectifier relocation Bracket and Tank Pads. 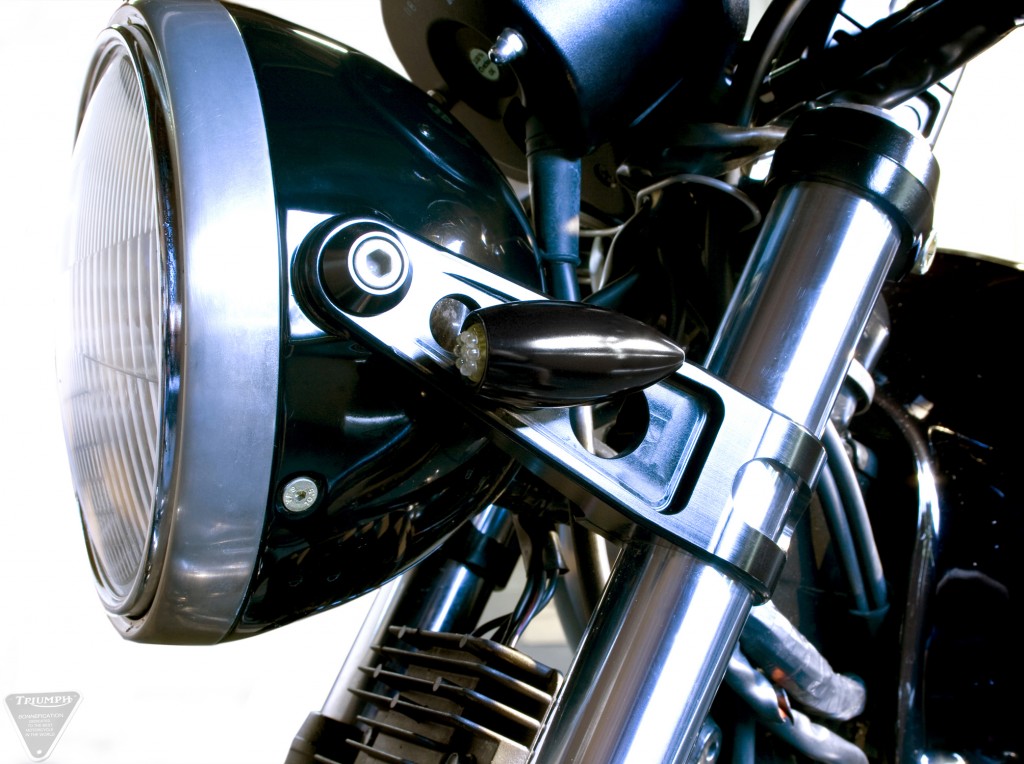 Living and working downtown the Bonnie Black get a lot of urban city riding, ‘knuckling around‘ as Ray puts it. Meeting up and riding with guys from Ton-Up Houston and the British Motorcycle Owners Association of Houston (B.M.O.A) Ray also like to take the Bonnie Black out for a blast on the surrounding Highways to Galveston Island as well as trips to Austin, Bellville, Corpus and Dallas.

“The freedom of the open road. I ride EVERYDAY that I can, if it’s not raining and cold, I’m riding. The alone with the machine time is therapy.” 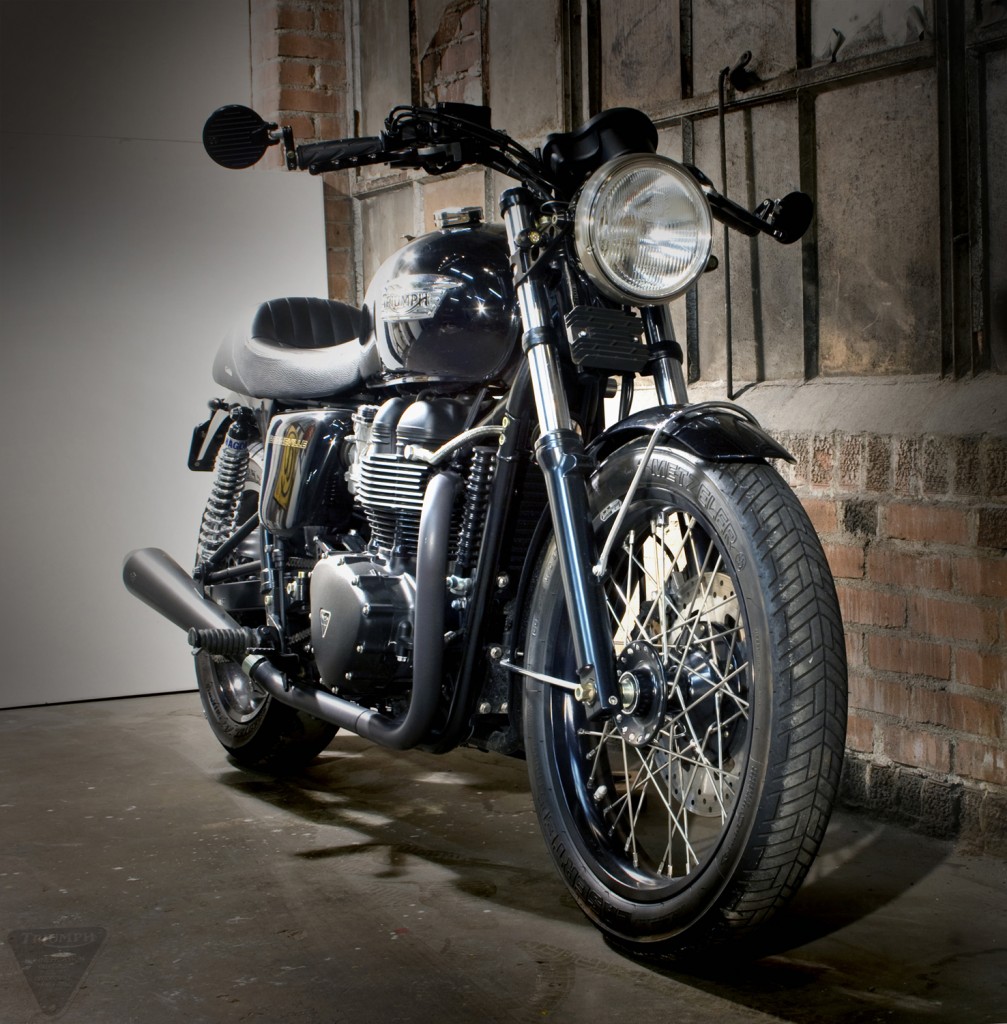 Want your bike features the follow the link here

Next
The Bike of Eli