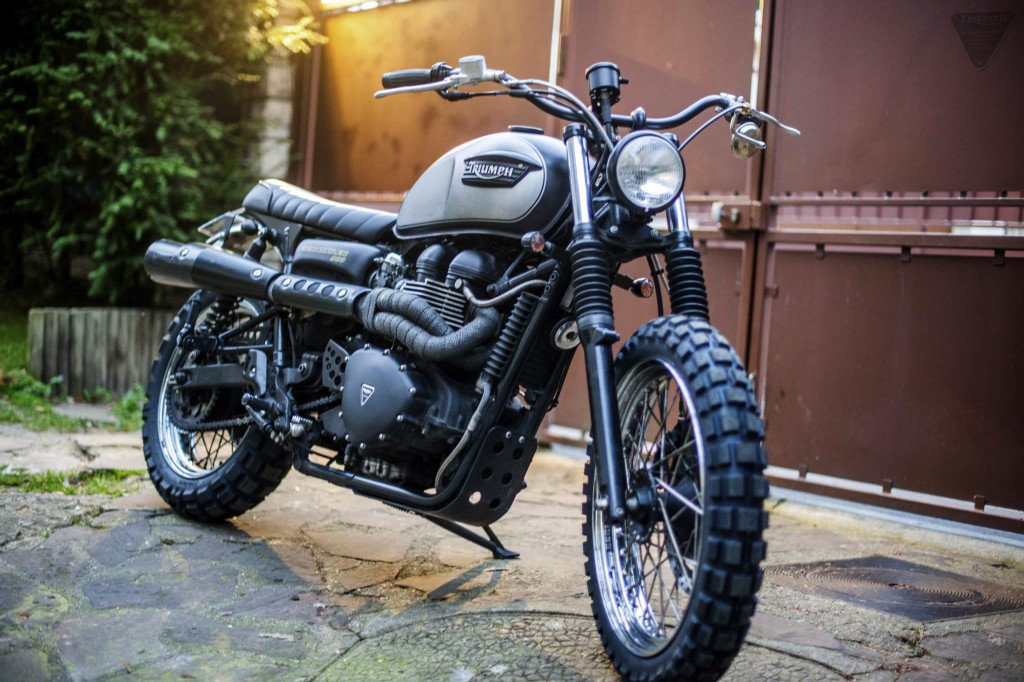 ‘I love the Scrambler because this bike is not so common…
the high exhaust is the best !!!!’ 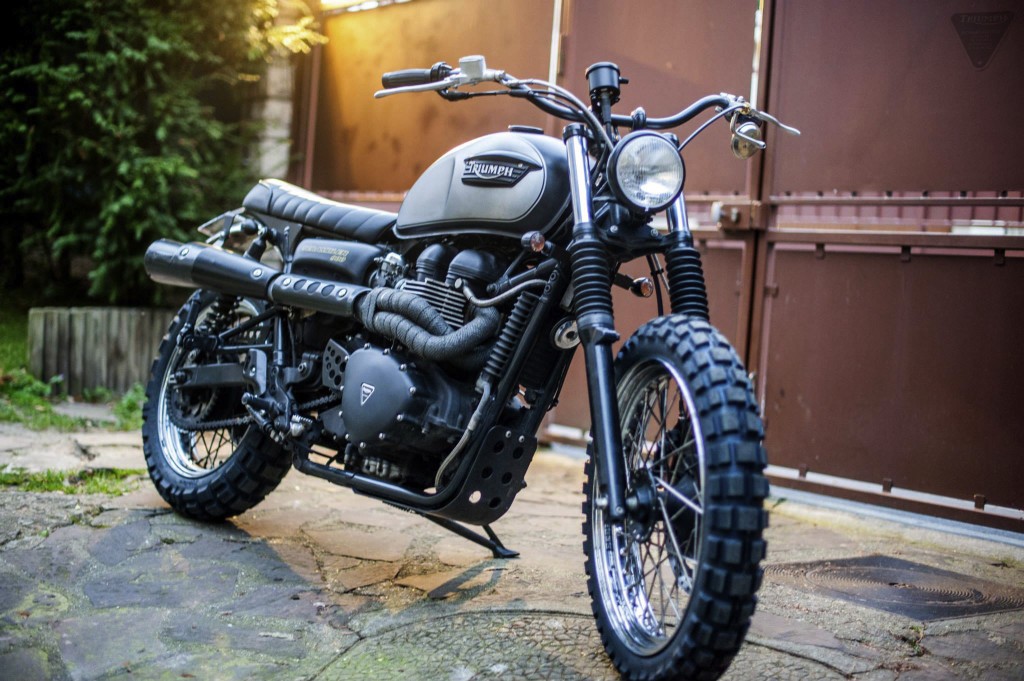 Of all the motorcycles in Triumph’s ‘Classics’ range the Scrambler is by far my favourite. The high-pipes, knobby tires and retro colour scheme scream Steve McQueen and Bud Ekins. Both of whom rode it’s predecessors in classic races such as the ISDT and Hare and Hound. 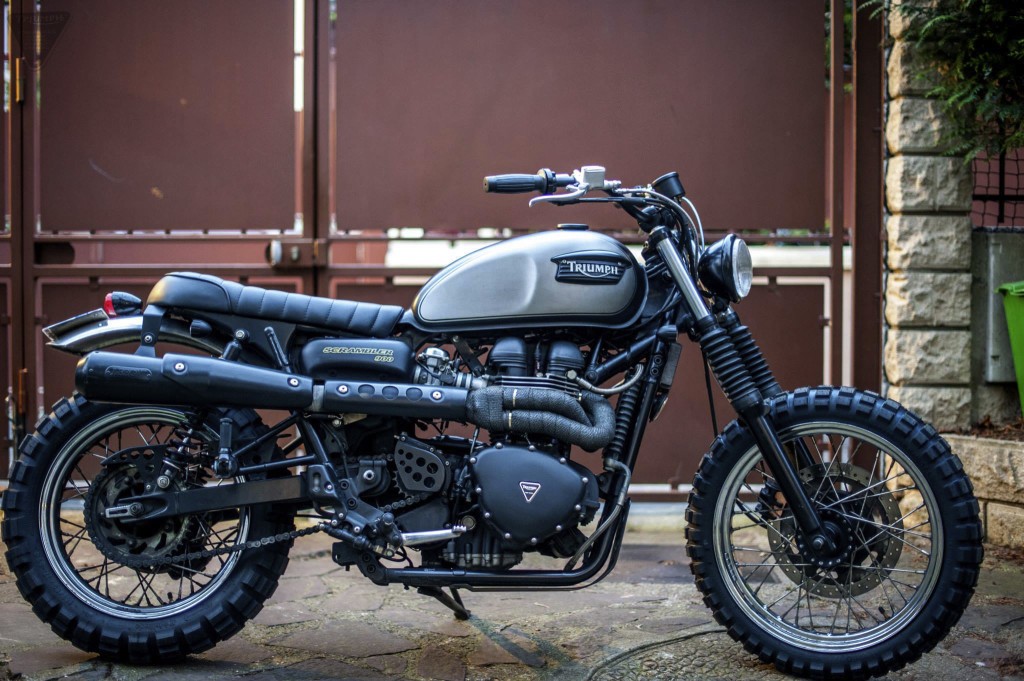 It’s a sure bet, that if McQueen or Ekins were young bikers today, looking for thrill in the desert, neither would give the Triumph Scrambler a second glance. But, Ekins and McQueen were men of their time and perhaps it’s because they had ridden big heavy Triumph’s, we have much more respect for their riding achievements. 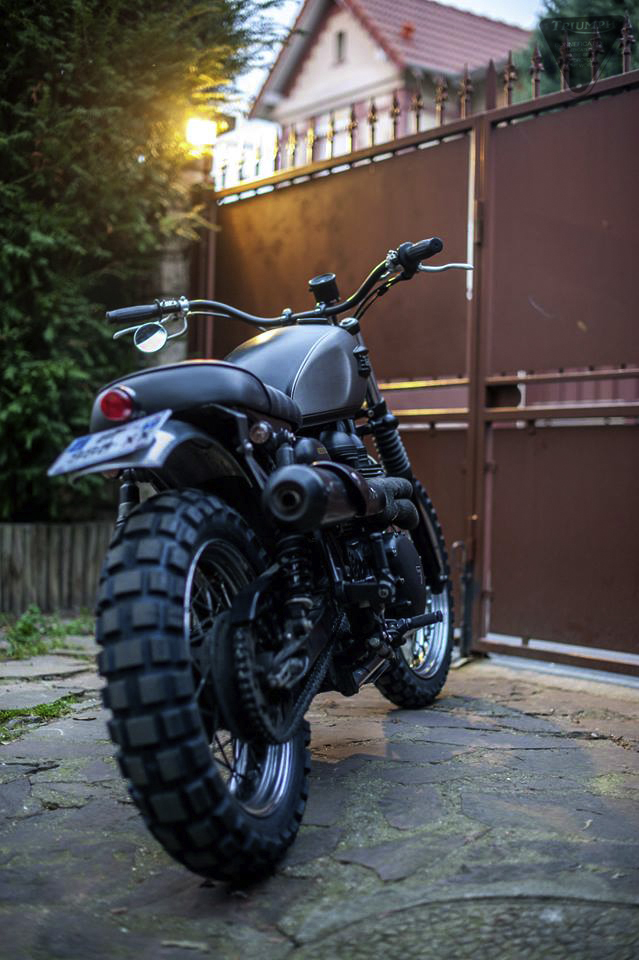 This particular 2007 Triumph Scrambler, which is it’s owners 14th motorcycle, belongs to Olivier Bertino who lives in Paris, France. Olivier’s dream was to make a simple bike, similar to those previously mentioned desert sleds ridden in the dust of the Californian Desert in the filthiest and sixties. 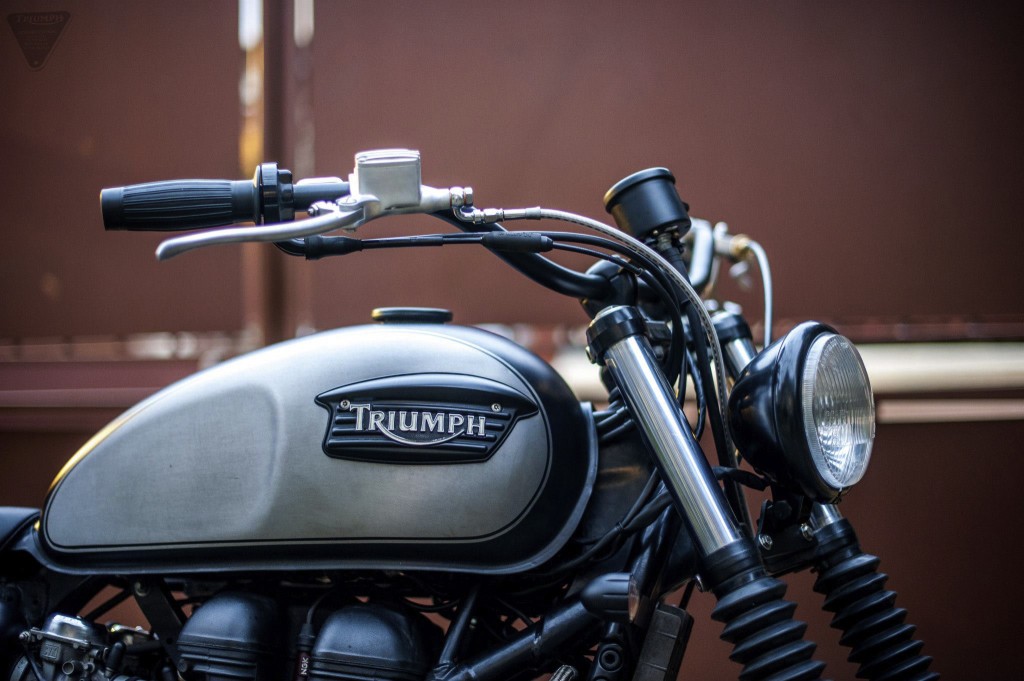 ‘I take my bike every days in Paris ! This is my only way of moving ! I love ride this bike, and the pleasure is soo important that at 50km/h I am happy !’ 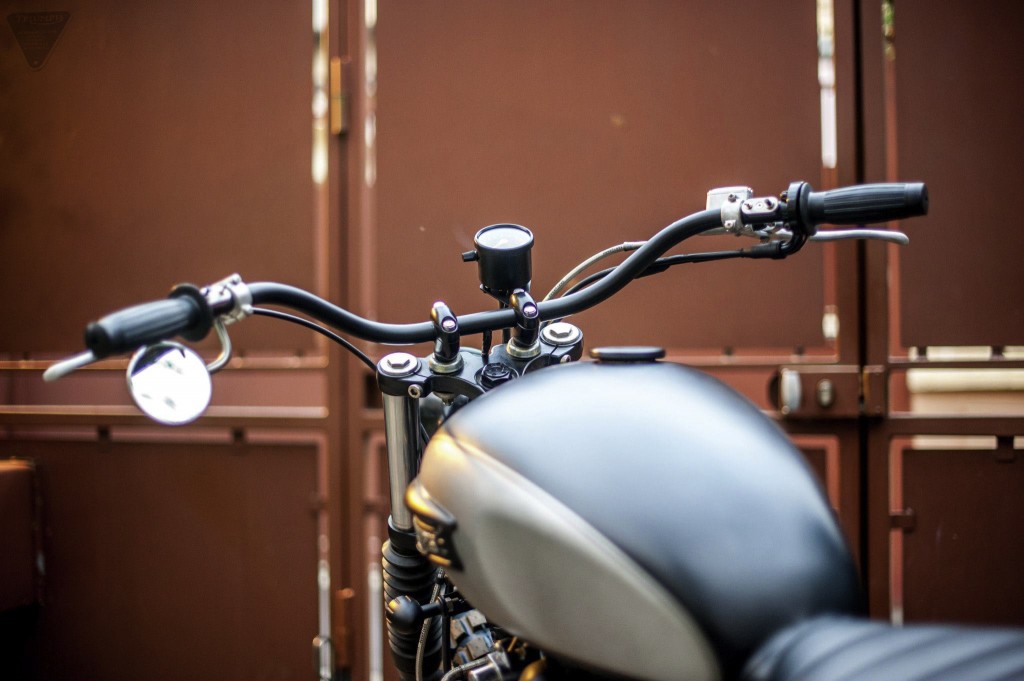 Olivier has spent his time and money sourcing parts from all over Europe as well as the U.S and does most of the work himself excluding the Blitz motorcycle switches, which he sourced out to tendance-roadster.com who did the electrickery for him. 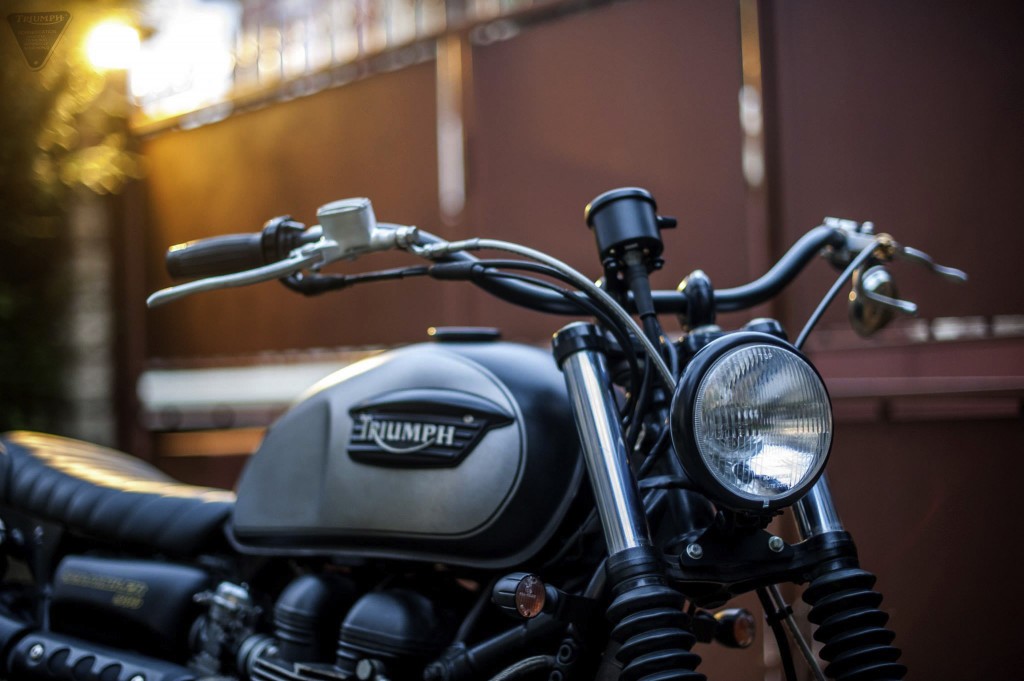 A work in Progress