The SCR 900 Competizione was built by the chaps at GalliMoto to showcase a few of the product available for the Hinckley Triumph Twin. Which is what brought this Triumph twin to my attention. We feature plenty of custom Triumph on Bonneficaiton, many which have been chopped, modified, prodded and poked by those with skills that us mortals could only dream of.  But the bread and butter of the Triumph Twin scene are those that do it at home and fitting parts is something most of us are capable of doing. 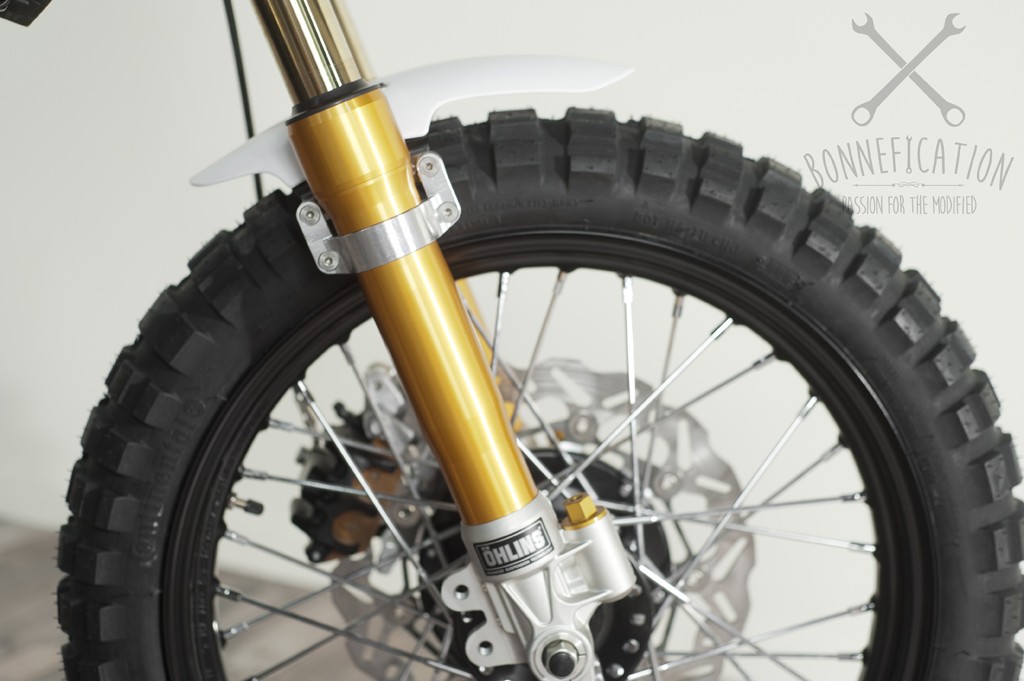 There is a risk that over-modifying will devalue the motorcycle. This in mind, some don’t wish to go to far, preferring to be in a situation where the bike can be returned to stock if needed and either putting the part on the next bike, or selling them off individually. The SCR900 is a good example of a bike that can be assembled in the comfort of the DIY enthusiast garage without digging out the angle-grinder, TIG welder or to many specialist tool. Something we at Bonnefication are more than willing to encourage. Custom builds are all well and good, most inspire, but not all of us have the sort of money needed to commission such a bike. Or we would prefer to do it ourselves.

So to the bike, (Im not going to list everything, just the key parts)… With all the standard parts taken off and new goodies put on, the SCR 900  has saved 20kg, which goes a long way to changing the bikes handling. As I mentioned the frame and swing-arm are both untouched, no frame loops here. The suspension has been upgraded with fully adjustable Ohlins both front and rear, with the front featuring the super sexy 43mm Conventional Forks, which compared to the inverted fork are far more in-keeping with the Classic Twin. 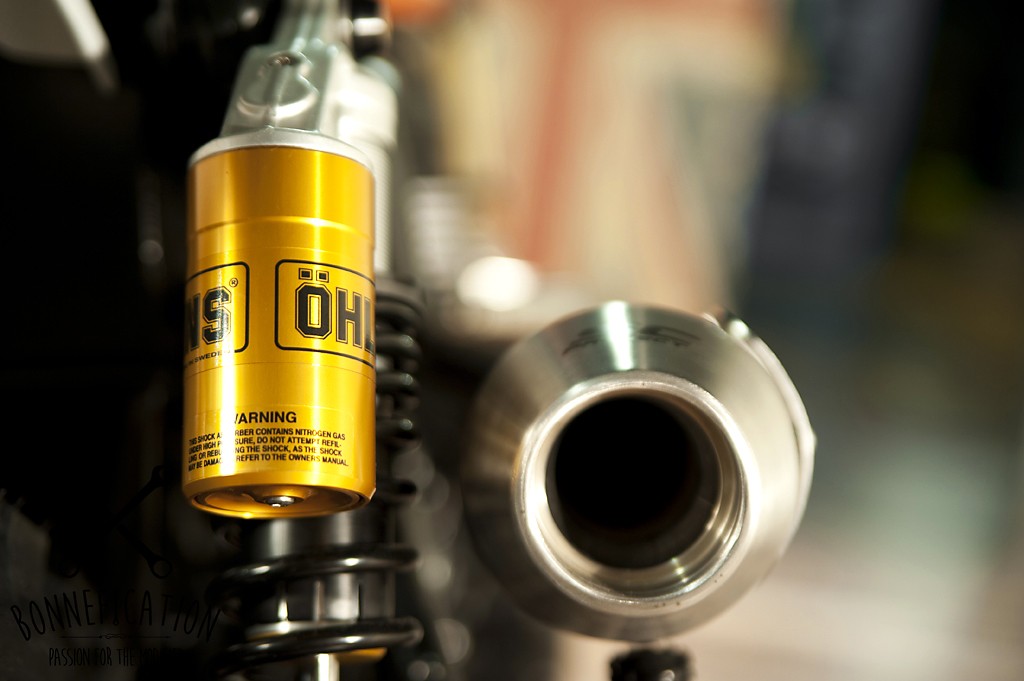 The shrouded front light is by JVB Moto, which comes complete with light, mounting bracket and fibreglass cowl. The light leads us onto the LSL bar, with detachable brace fitted with LSL levers and LSL brake reservoir. The speedo is the super cool Motogadget Tiny. To fit the Motogadget Tiny on newer models, you will need the CANbus adapter, on older machines, you will need to wire the speedo in (handy diagram on the Bonnefication forum if you need it). The bike sits on Continental TKC 80 on black rims with Braking Wave discs both front and rear. The rear brake has been relocated using a FreeSpirts relocation bracket. 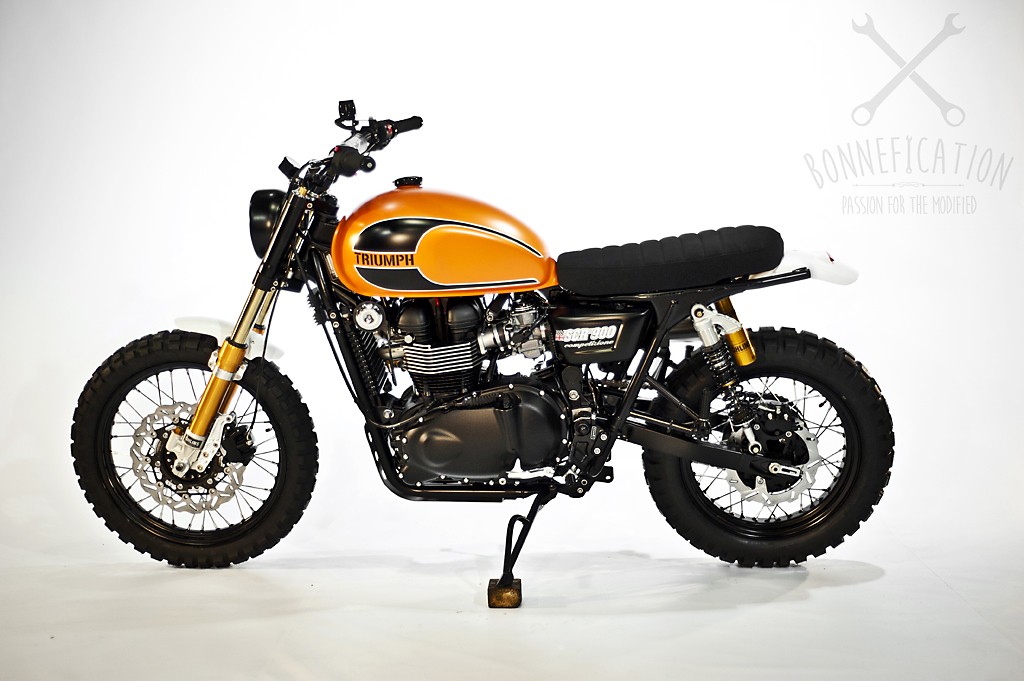 At the back is a JVB rear mudguard with integrated brake and tail light. The bike also features products from Motone Customs, including the sprocket cover and various relocation brackets which helps to move clunky items out of the way. The engine now runs more freely thanks to the DT Classic plug & play kit which includes an aluminium battery box, engine and air filters. The SC Project 2-1 high-pipes will make this bike sound as good as it looks. The seat on the build is by JVB, but the the look has been changed from stock. 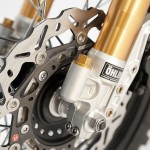 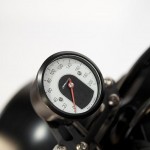 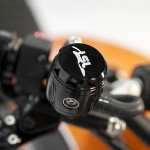 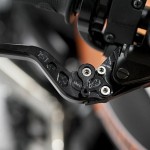 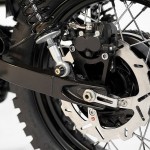 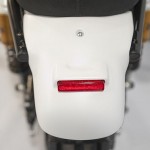 The SCR900 has been finished off in two tone Orange and Black which sets off the bike very nicely. Paint may be one the few thing you might need someone else to do, other than perhaps tuning the bike after fitting those performance upgrades and fitting the tyres. I suppose the next question is cost, well its true that little list of parts would probably cost you the same as the bike, but then you probably won’t be fitting them all. The SCR900 is just a showcase, highlighting just how good the bike can look using off the shelf parts alone. 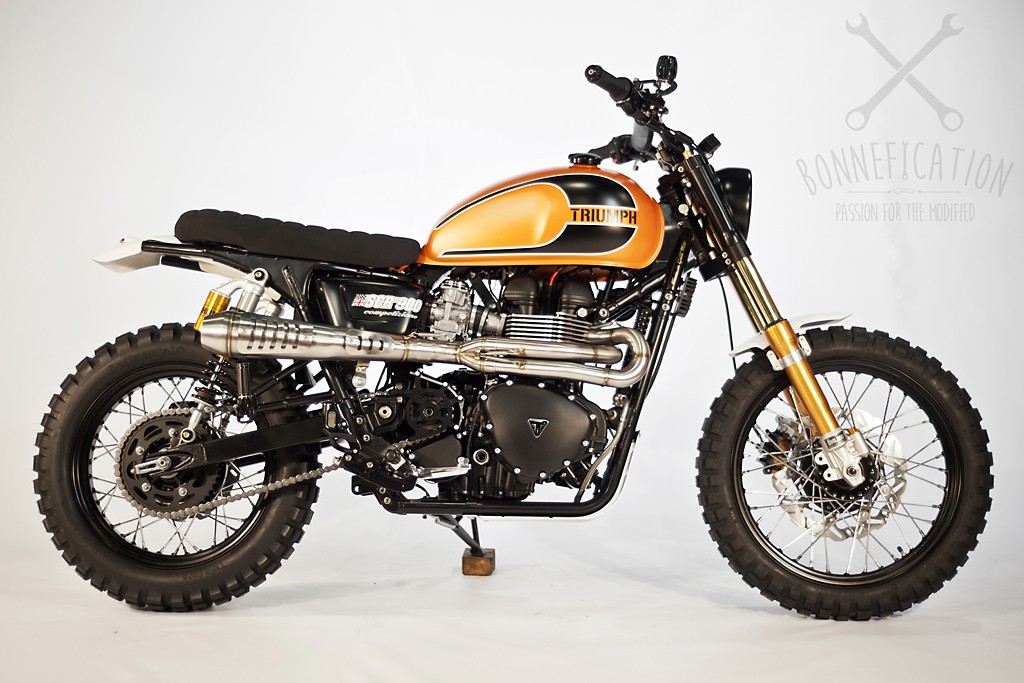 Fancy building a bike this of you own?…. all the parts for this build can be found on bestforbritts.com