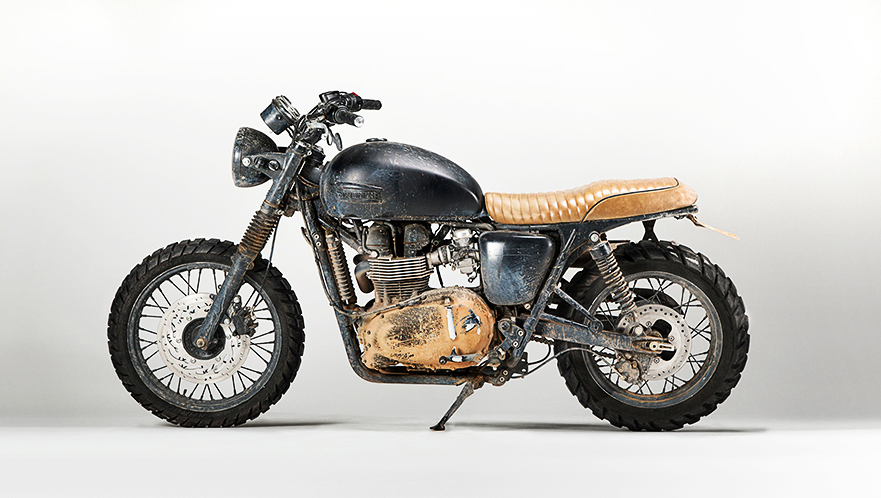 David Beckham on a Triumph and Into the Unknown

On the 9th of July 2014 the BBC here in the UK aired the documentary ‘Into the Unknown’ in which the legendary British footballer David Beckham and three good friends; Anthony Mandler, David Gardner and Derek White go on a Brazilian motorcycle adventure. An adventure in which the group go to ‘find themselves’ as well as battling the effect of humidity on Mr Beckham’s hair. In reality, the documentary was filmed to highlight just how much has changed in the beautiful county that is Brazil. A country that has the privilege to hosts the 2014 World Cup. 2014 also marks the retirement from the “beautiful game” of David Beckham, a man who is a true ambassador to british and global football, as well as British sport in general. 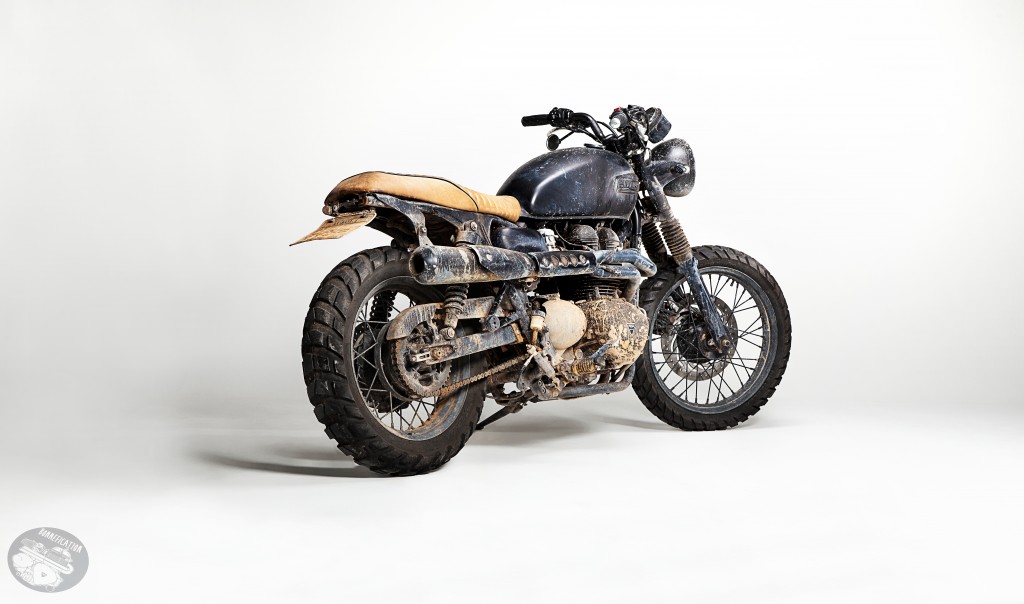 What made this documentary watchable for me, as I am no fan of football, though Beckham is a top bloke, was that three of the protagonists, all sporting Bitwell Gringo helmets, made the journey on Triumph Bonneville T100’s. with David Gardner being in the ‘support truck’. 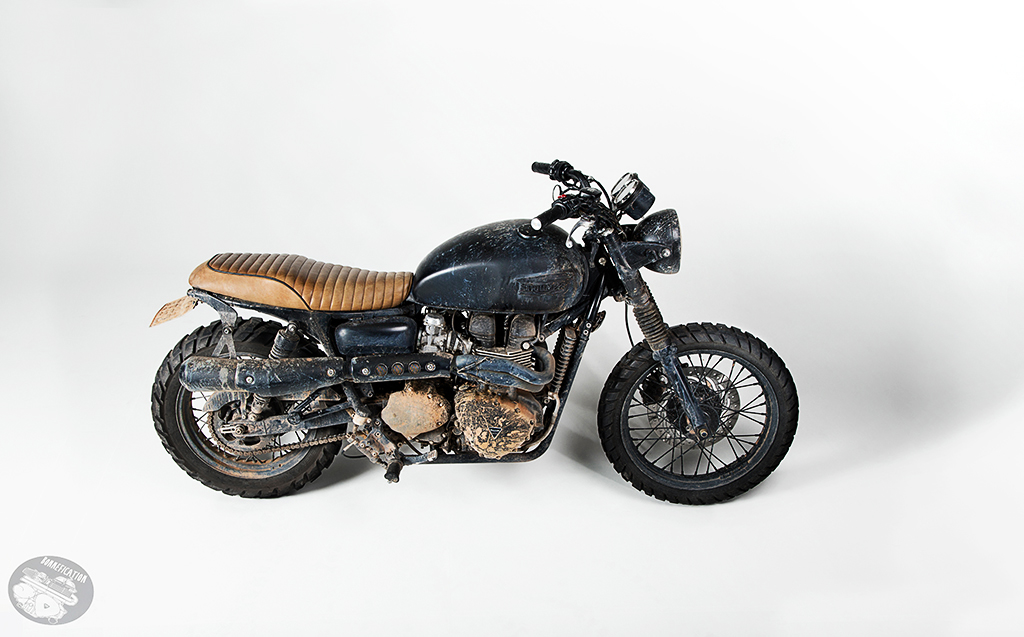 Though most of the journey through Brazil was on tarmac, the Triumph T100 isn’t exactly the bike of choice when going off-road. Which is exactly what Beckham and chums did. I’ve mentioned before on Bonnefication, that some, and now David Beckham it would appear, believe riding the Triumph is the only way to travel, regardless of terrain. That aside, the Triumph Twin is a tough reliable motorcycle, that will easily soak up a few hundred miles of the black stuff, as well as a rough muddy backroad. 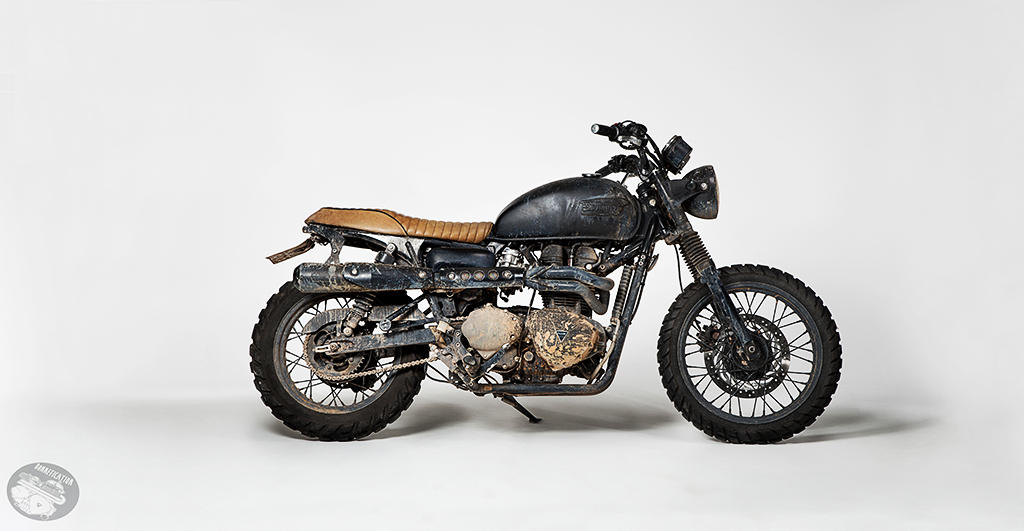 But why a T100 and not Triumph’s homage to the off-road motorcycles of the sixties, the ever popular Scrambler. Well, the answer is surprisingly simple, the Scrambler, as yet, is not homologated in Brazil, meaning, currently (at time of writing) you can only buy a T100 or Thruxton in Brazil. 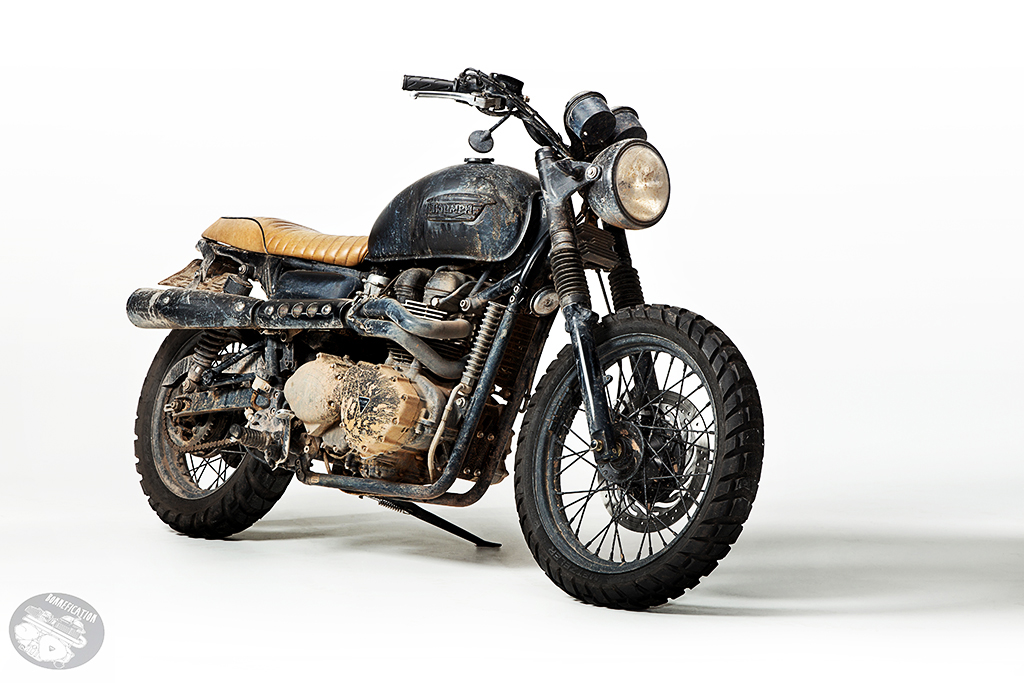 So, three Triumph Bonneville T100 were sourced locally, and modified for their upcoming adventure by Triumph, who did all the preparation on the bikes. Including, fitting wide bars, custom seat and fabricating the ‘functional’ upper, rear exhaust mount. Before fitting Arrow 2-1 exhausts, Metzier, Karoo 3 tyres and removing the front and rear mudguards including the lower fork brace. 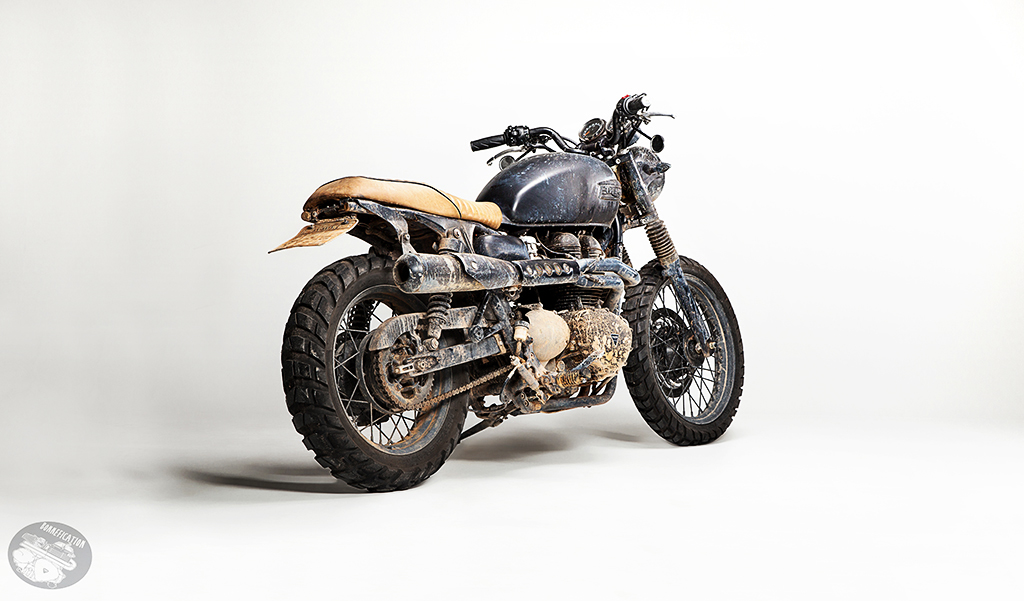 Removing the mudguards and fork brace was done for two reasons, the first being that it ‘looks cool,’ and lets face it, it does. Not at all practical as I have found, but if I could run without a front, I would. The second is for practical reasons, with knobbly Metzier Karoo 3 tyres, mud can clogs up the mudguard and fork brace making off-road riding difficult. 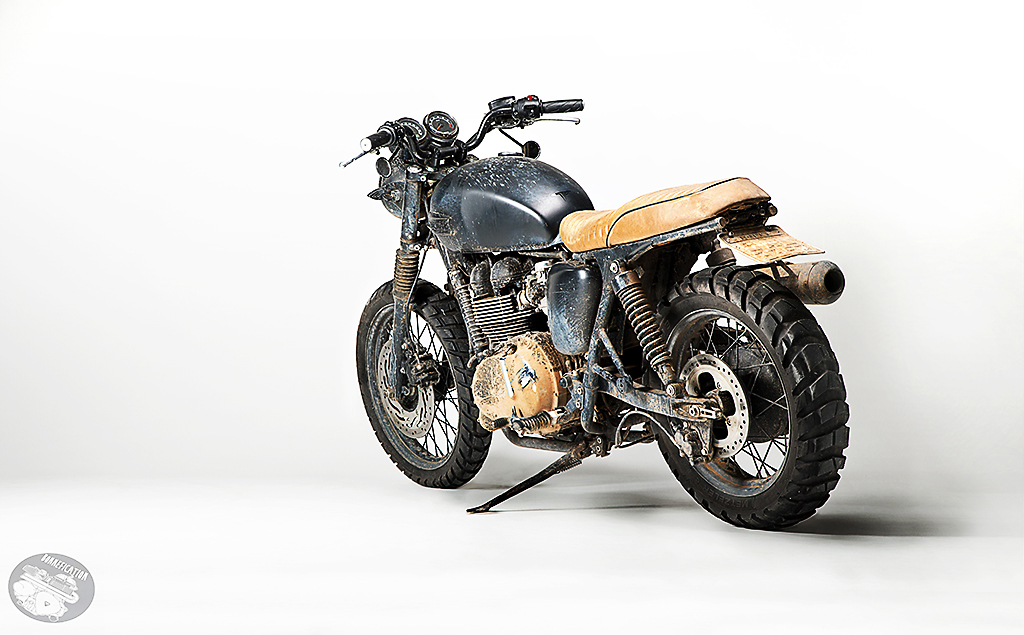 One of the biggest issues with the T100, and the rest of the Classic family, is weight. Which was highlighted while watching ‘Into the Unknown,’ when the guys had to manhandle the three bikes in, and out of the canoes and riverboats. No easy task even with a lighter machine, let alone a 230kg (506 lbs — unmodified) Triumph Twin, thats only a little lighter than a BMW 1200 GS which comes in at 238kg (524 lbs). Eat your heart out Ewan McGregor! 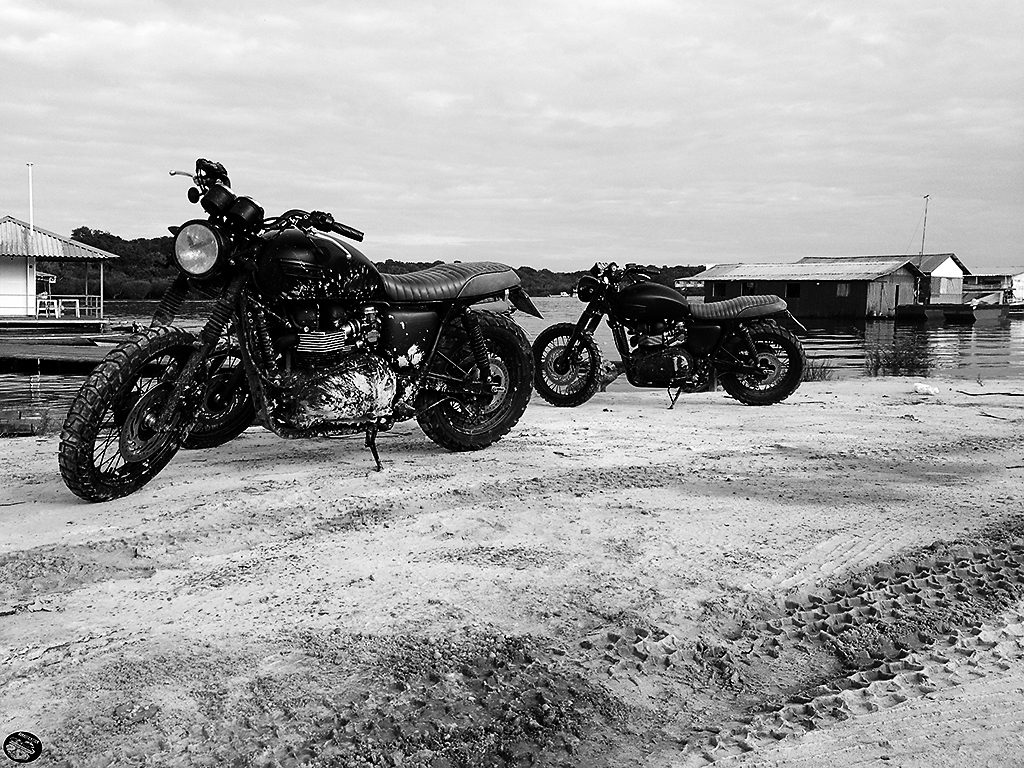 Spoiler alert- Alas, at the end of Into the Unknown, one of the bikes falls fowl to wet Brazilian roads and dual-purpose tyres, and there is the inevitable tumble. Though luckily nobody is injured other than the poor T100 which rolls away with scratches and a dent or two. 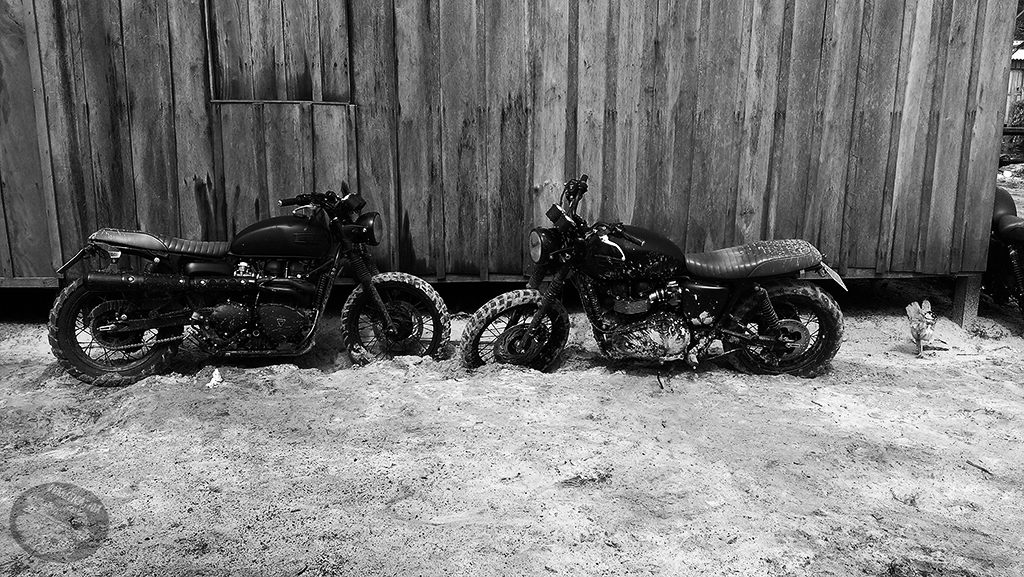 Nevertheless, the three T100’s handled themselves admirably on the journey through Brazil, with all three riders loving the Triumph Twin, and the riding experience it gave them while blatting the bikes along the back street of Rio, and into the Amazon jungle. 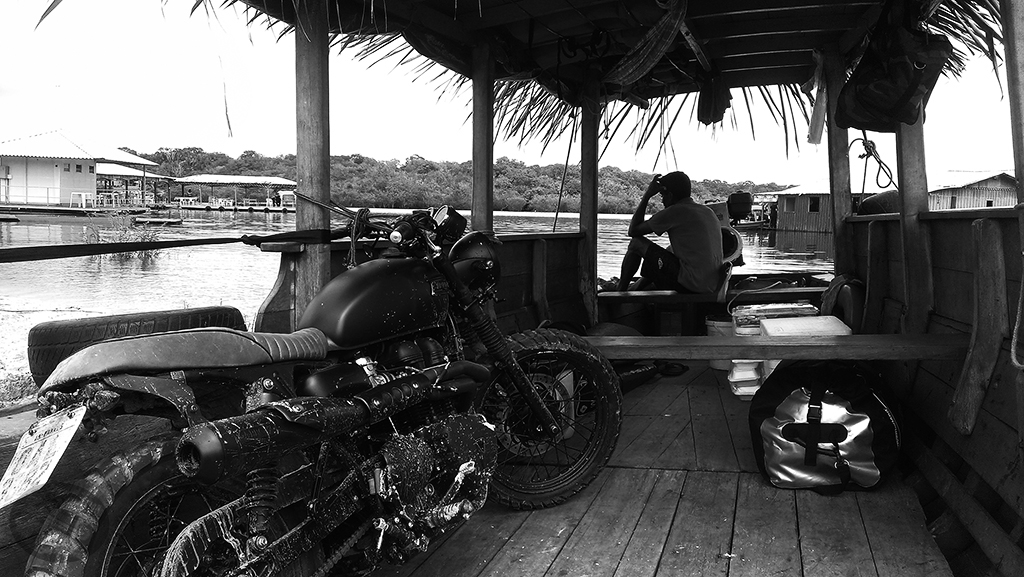 So what now for the T100’s Rio Trio, well the bikes are back home, and soon into the hands the respective riders. So you may well see David Beckham cutting up the roads here in the UK on a very muddy custom Triumph Bonneville T100. 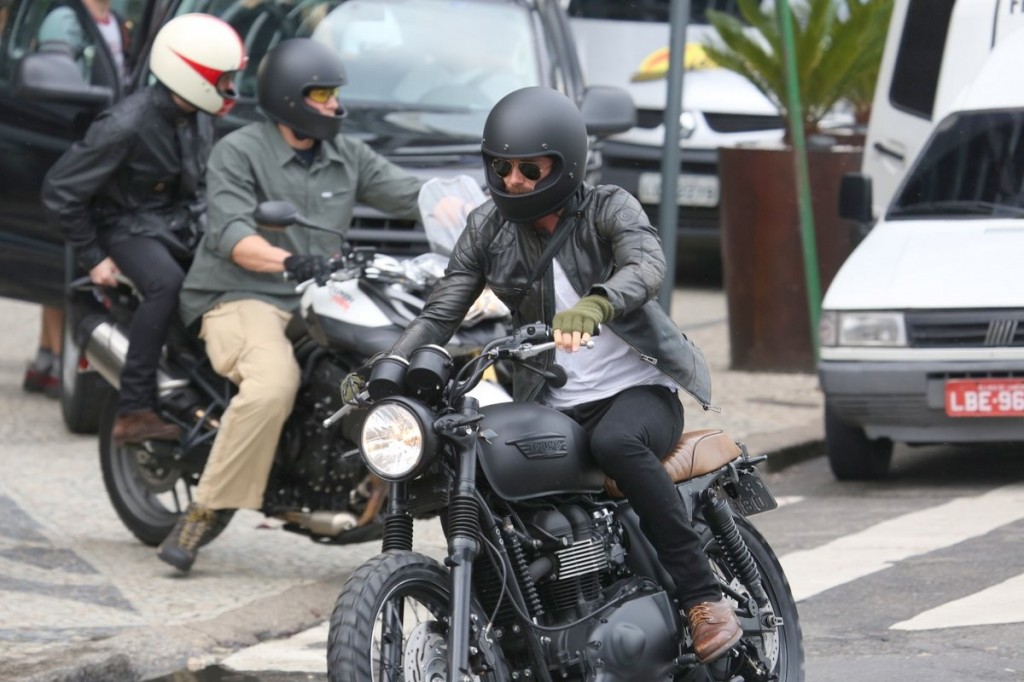