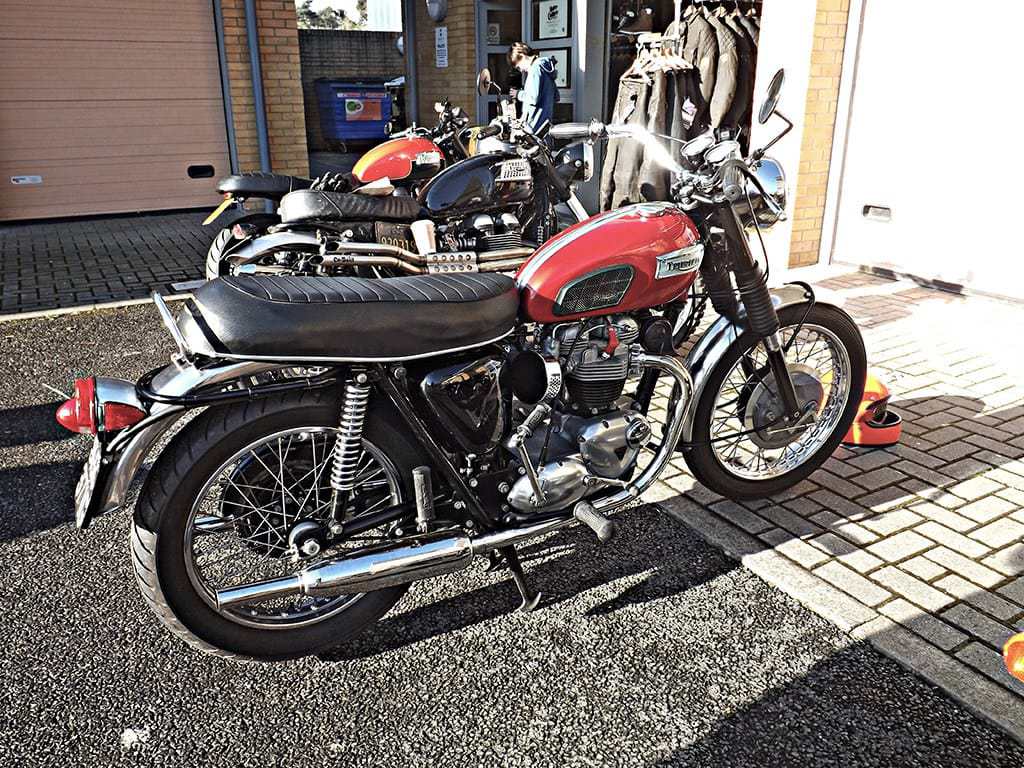 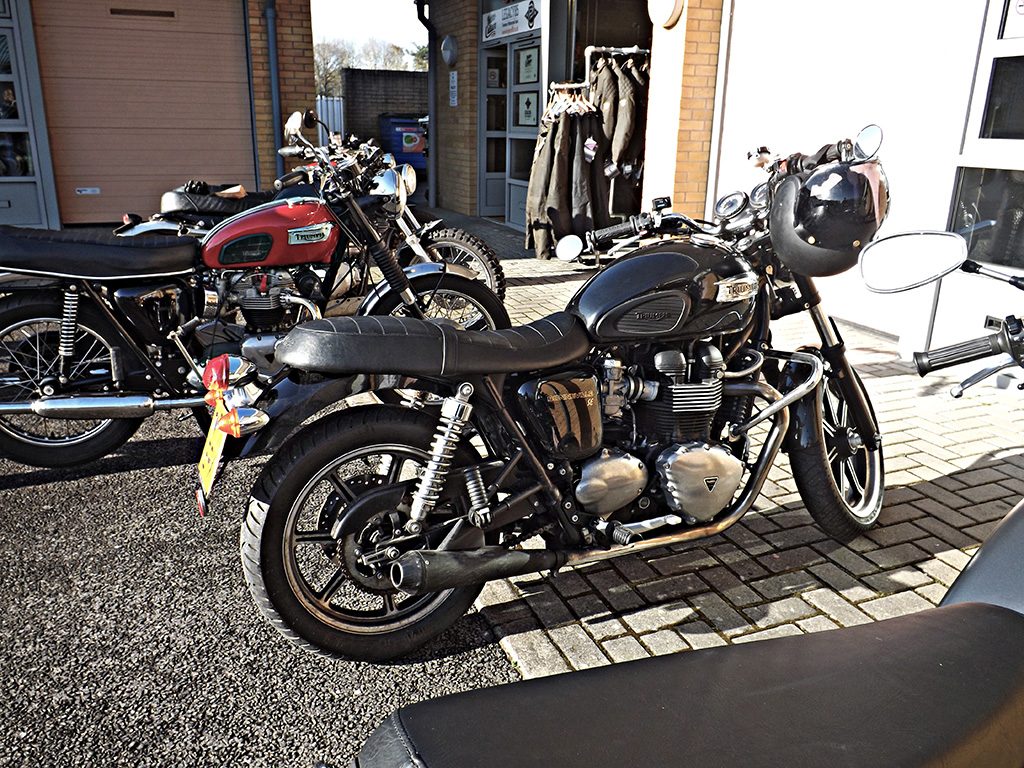 Triumph had their TFest event running nationwide this Saturday and The Bonnie Breakfast Club, organised by chum James of Past Tracks had arranged a little get-together. 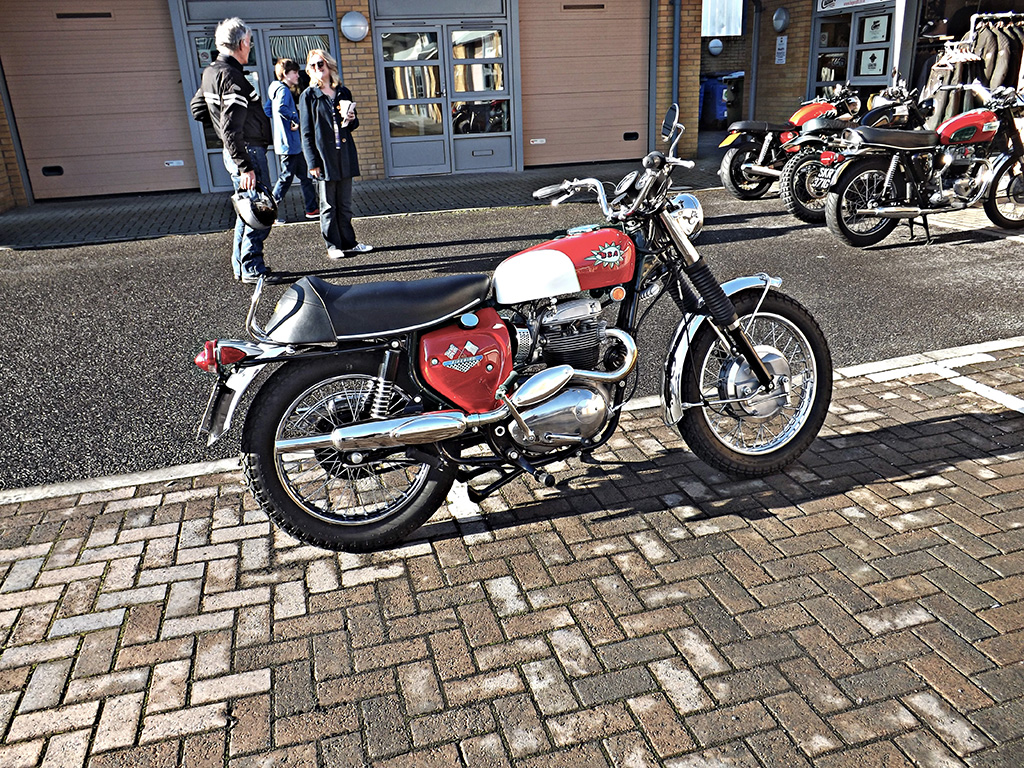 The monthly gathering of local modern classics and retro customs was to ride up to the local Triumph dealer and take look at the new bikes, with James hoping to get a test ride on a Thruxton R. The meeting point was for 7.30am at fellow chum Mark’s retro motorcycle gear shop Legacy85, which is located next to Bournemouth Airport. 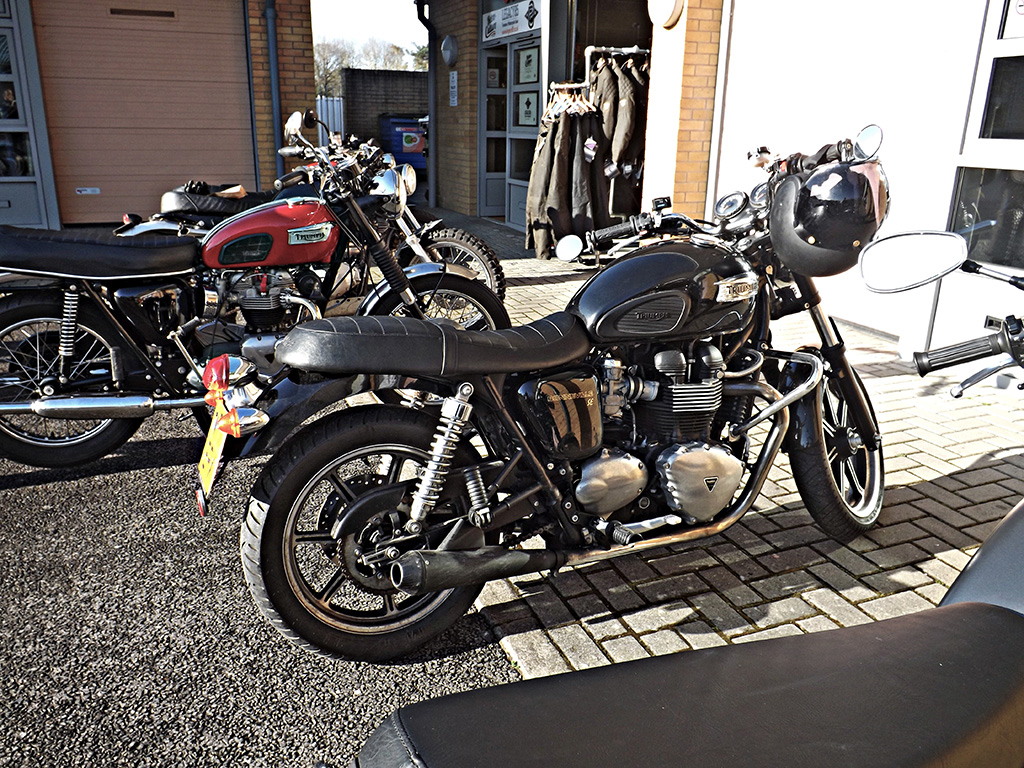 On the way to the meeting point you need to ride along the airports perimeter fence, and on this occasion there was an Airbus 320 belonging to some low cost airline throttling up. Feeling the ‘need for speed’, and having no self control,  I dumped a little more fuel into the twin FCR39 flat side carbs and roared off, while humming the tune to 80’s action movie Top Gun!….thinking, damn Im cool, though clearly not. 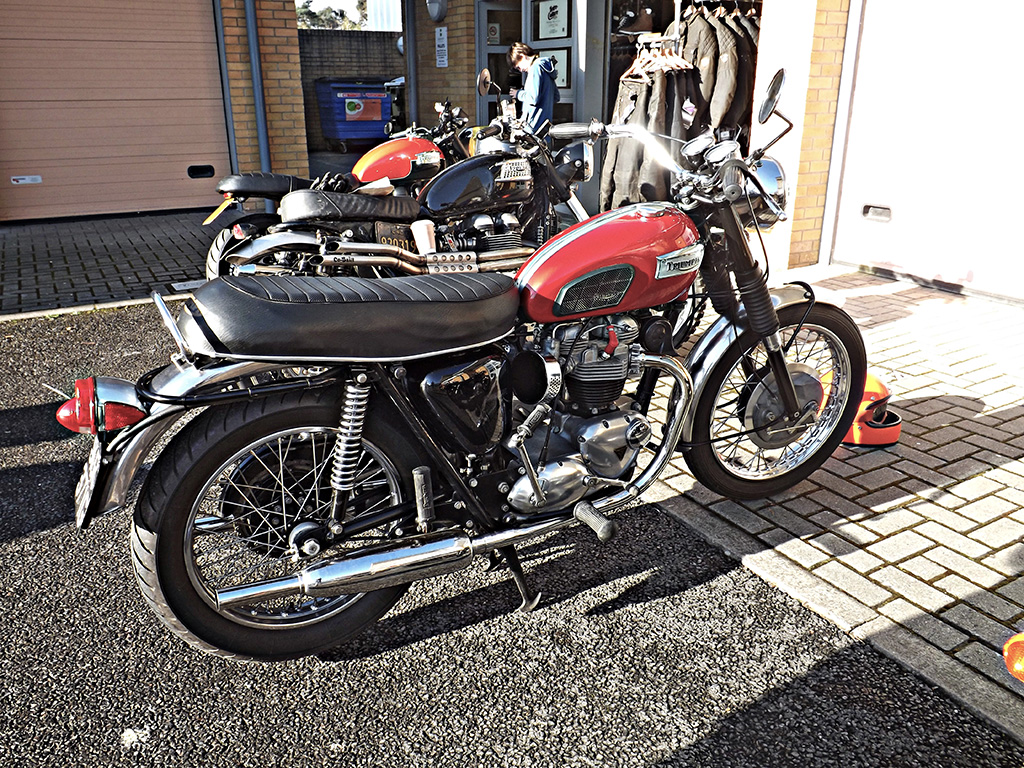 On reaching Legacy85 I grabbed a coffee and a pastry from a little coffee shop which is conveniently located next door and watched and chatted while as a few more retro and classic motorcycle enthusiasts arrived braving the South Coast early morning chill. 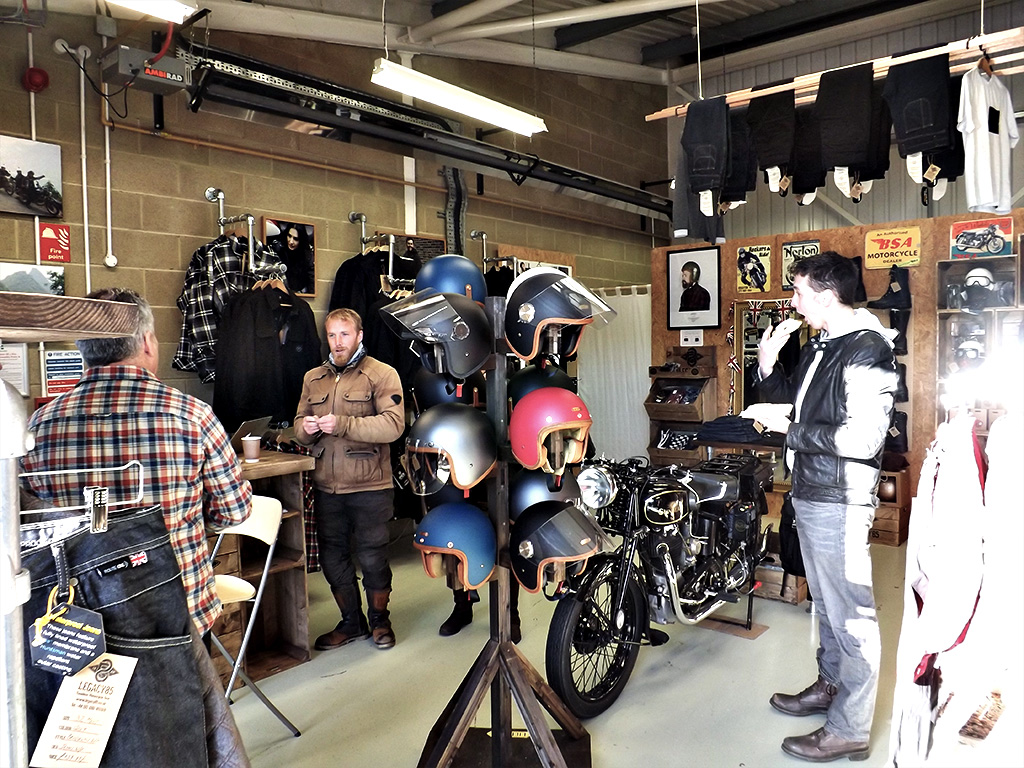 Once gathered, warmed up and refreshed we headed out taking the short but scenic route out to Wimborne,  which has some great riding roads as well as some beautiful countryside, before heading back to Verwood for the Triumph open day. 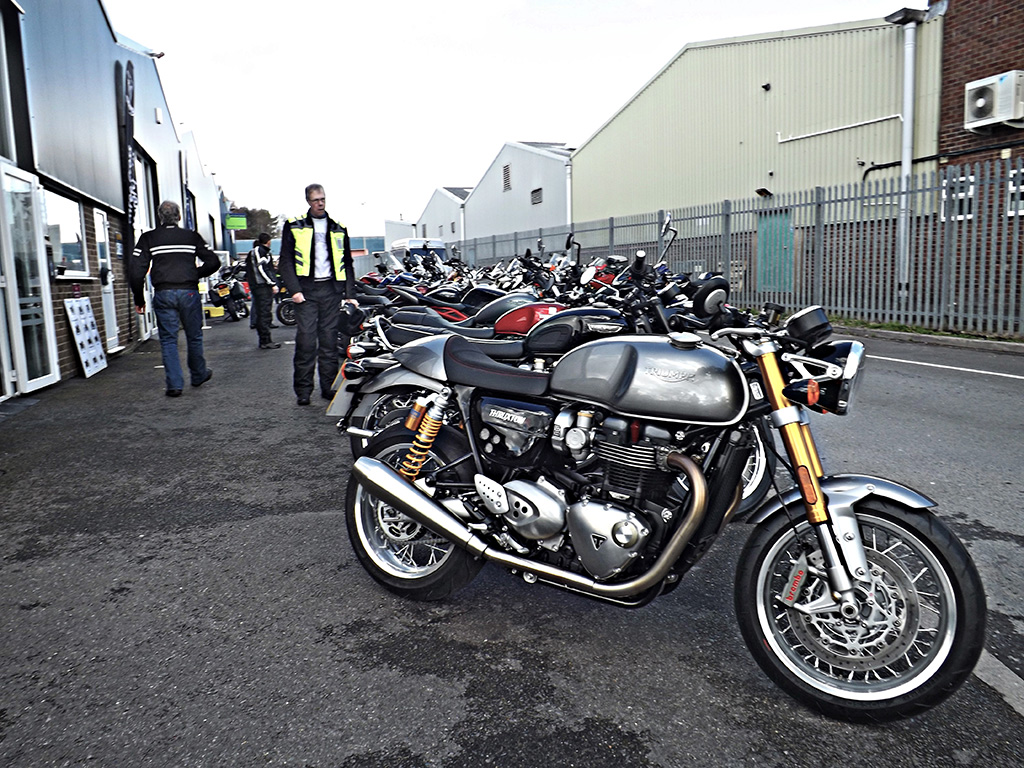 As you would expect it was a busy day at Three Cross Triumph, with many wanting to take the new Thruxton R out for a spin, me not being one of those people and having left my driving licence at home as well as there being a 2 hour wait for the privilege, instead I spent my time chatting  and taking a few pics. 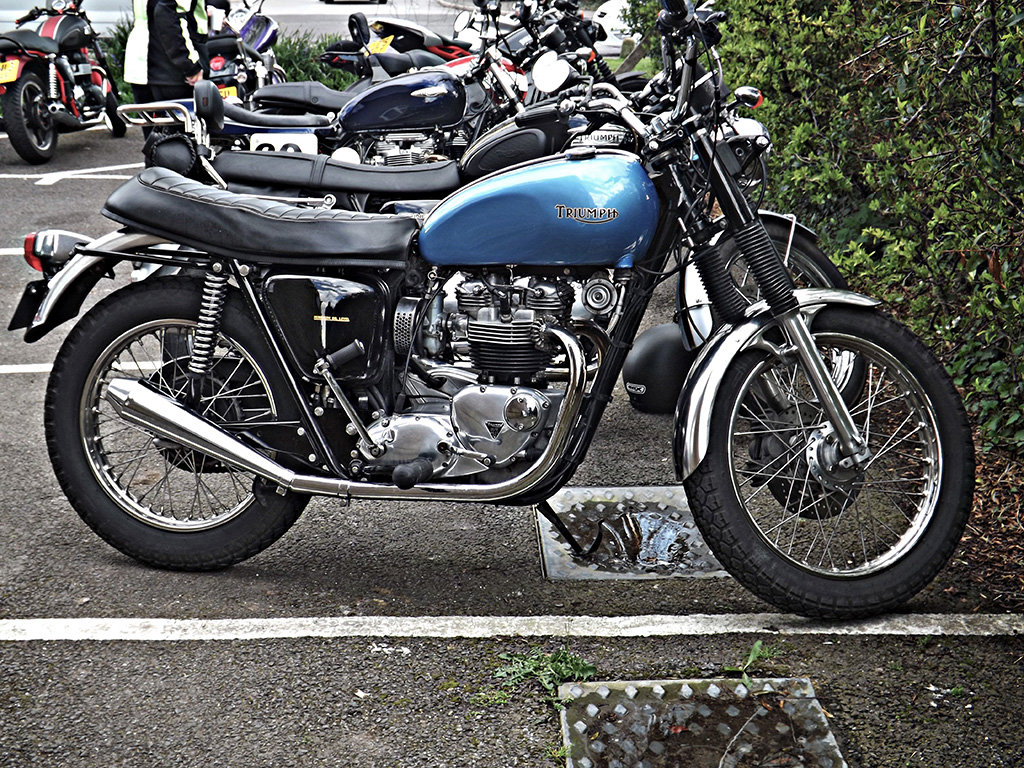 Some four hours later the time had come to say farewell to those that had turned up to the Bonnie Breakfast Clubs St George’s day jaunt, and to those that had secured a test ride and I headed back to Ringwood for a lunch date with the other half. 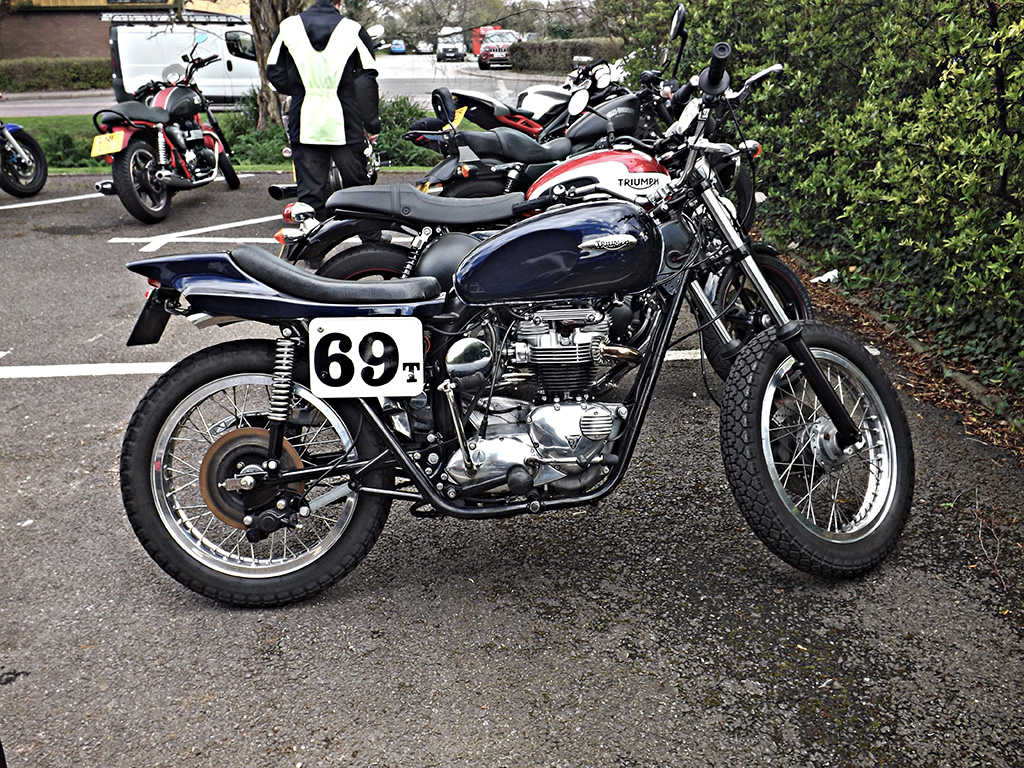 If you live in or around the Pool, Bournemouth and Southampton areas or even further afield, why not check out the The Bonnie Breakfast Club and Past Tracks Facebook pages and events calendar, and perhaps pop down for a cuppa and a chat. 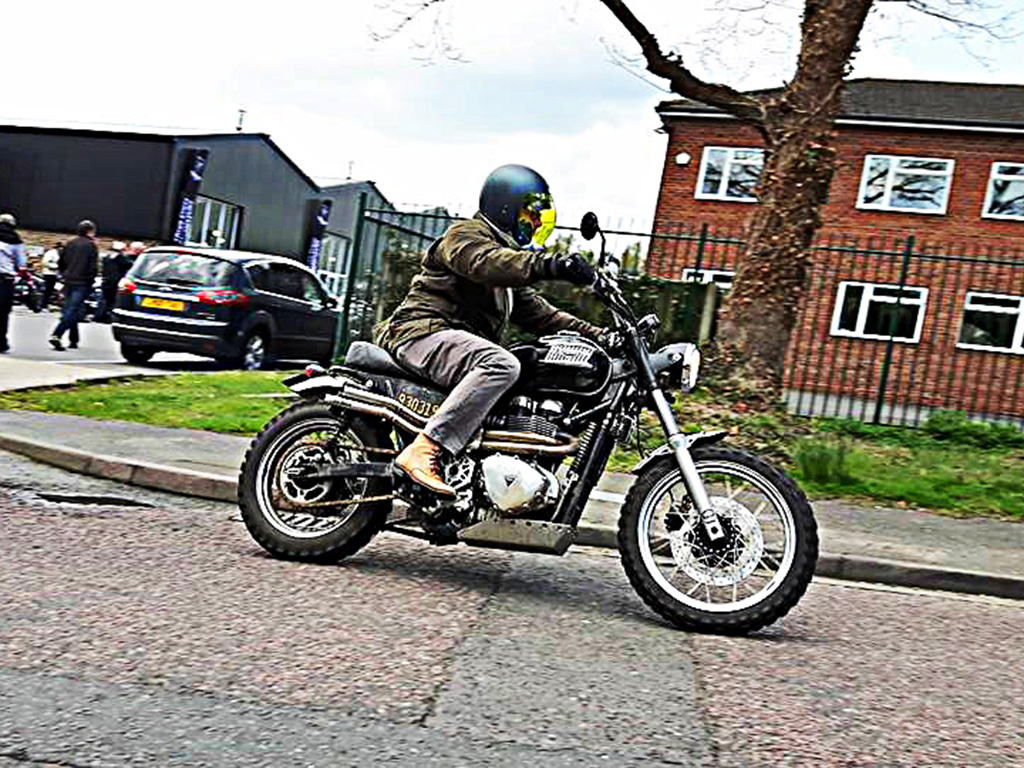