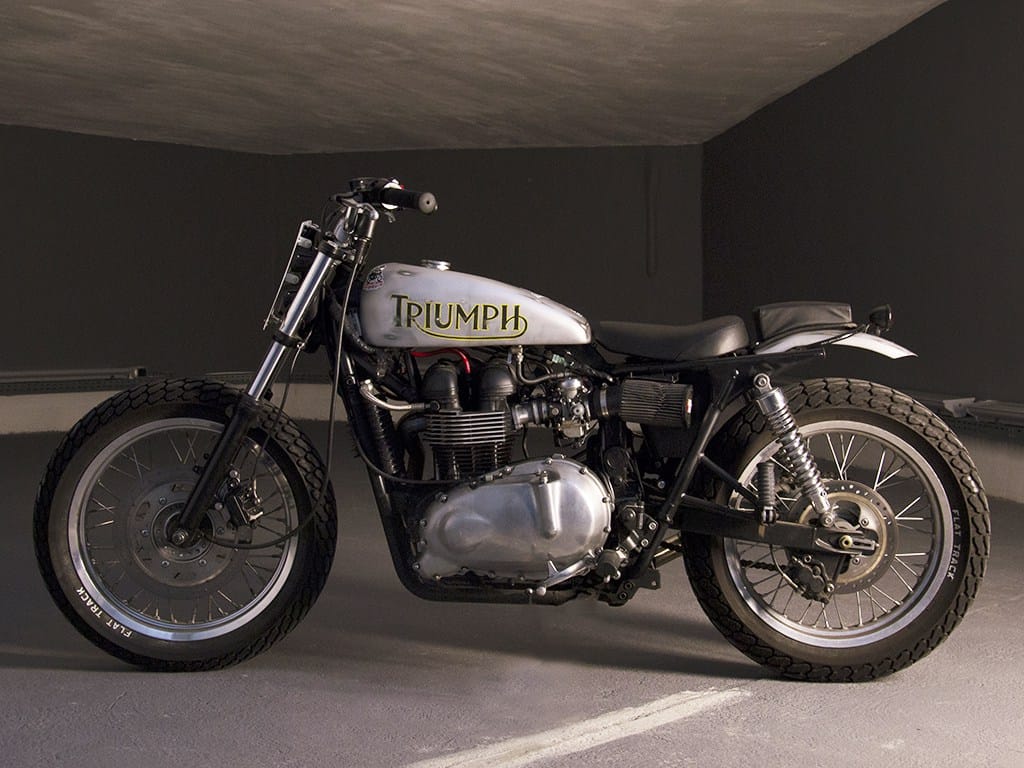 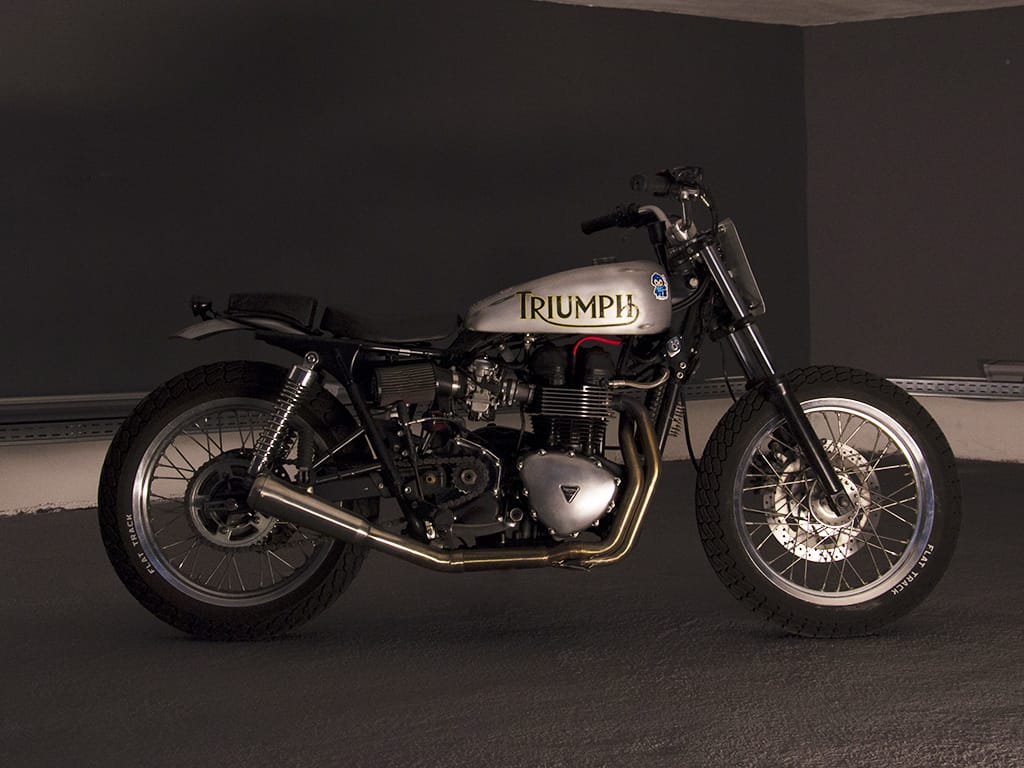 From the team of the Sicilian based SVAKO Motorcycles comes a Tracker based on an early carb model 790cc Bonneville – a build which stands out from many a Hinckley based Triumph Tracker in that it features the better looking slim ‘Tracker’ tank – and unusually the classic single seat and padded mudguard set-up seen on the early machines. 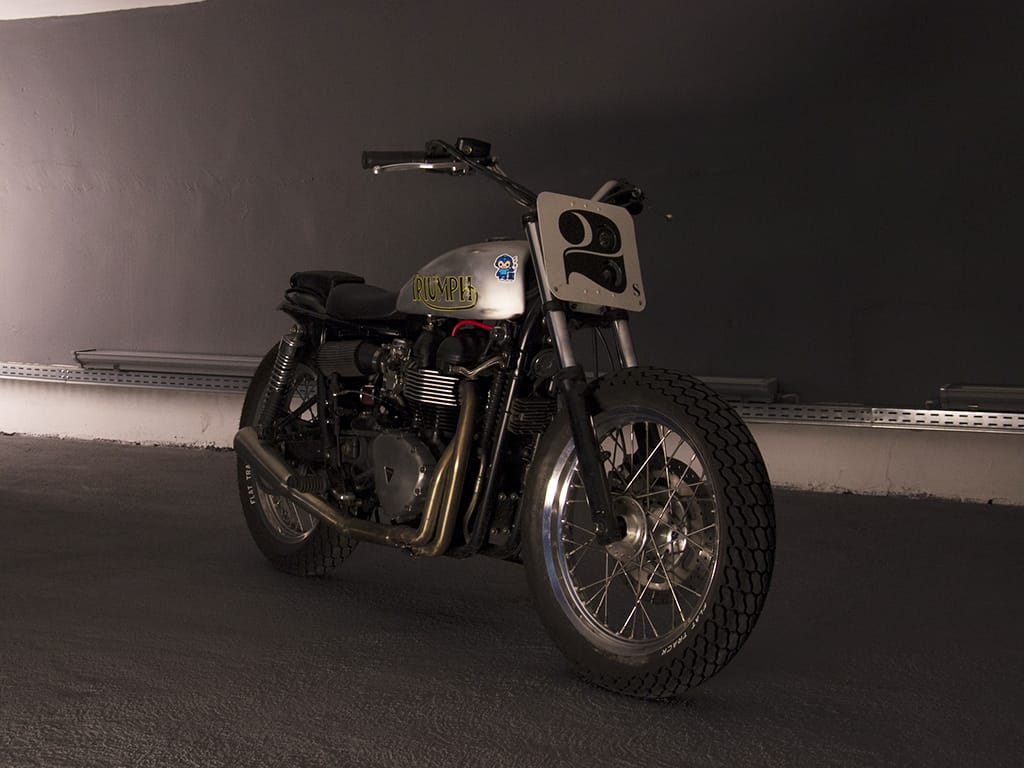 This build is clearly focused on the styling and finished look of a Tracker, rather than improving a Bonnevilles handling, with the Triumph retaining many of the stock parts including the shocks and brakes. Though it would be nice to see a set of Ohlins at the back, they would detract from the Twins vintage appearance which would be a shame. 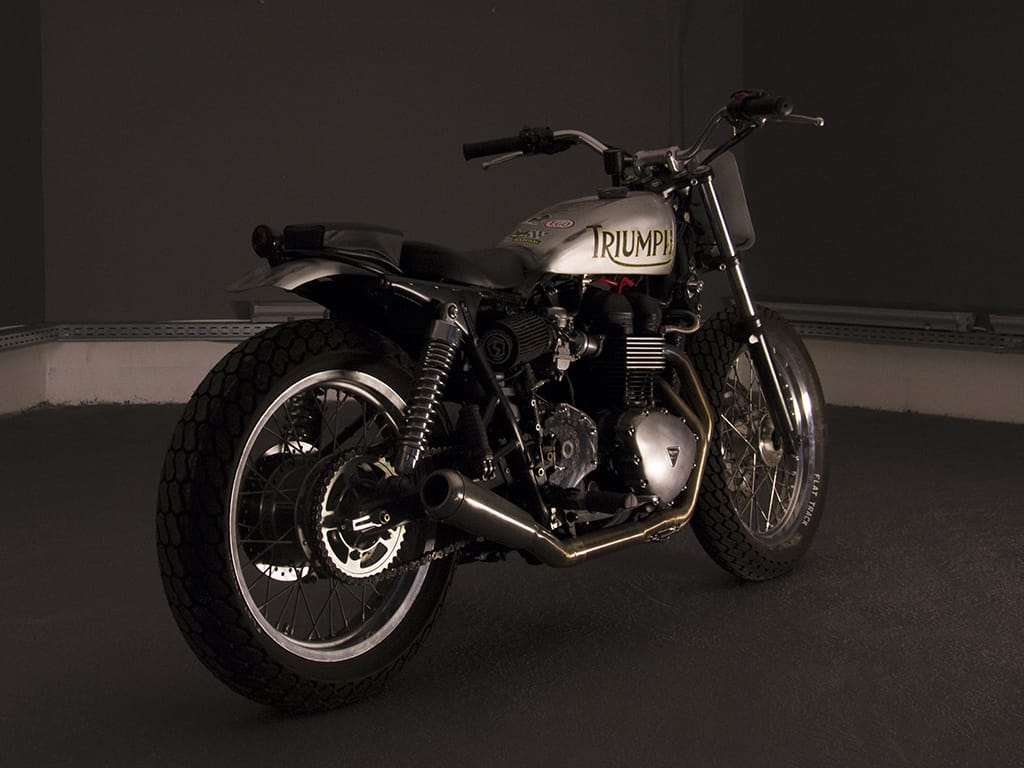 The work on this build is in the structural modification,which including the frame chop and the fitting of the new dual seat and LED tail light, all of which were carried out in-house, with the flat track tank being fabricated in the UK and shipped to Sicily before being given distressed coat of paint along with some appropriate graphics. 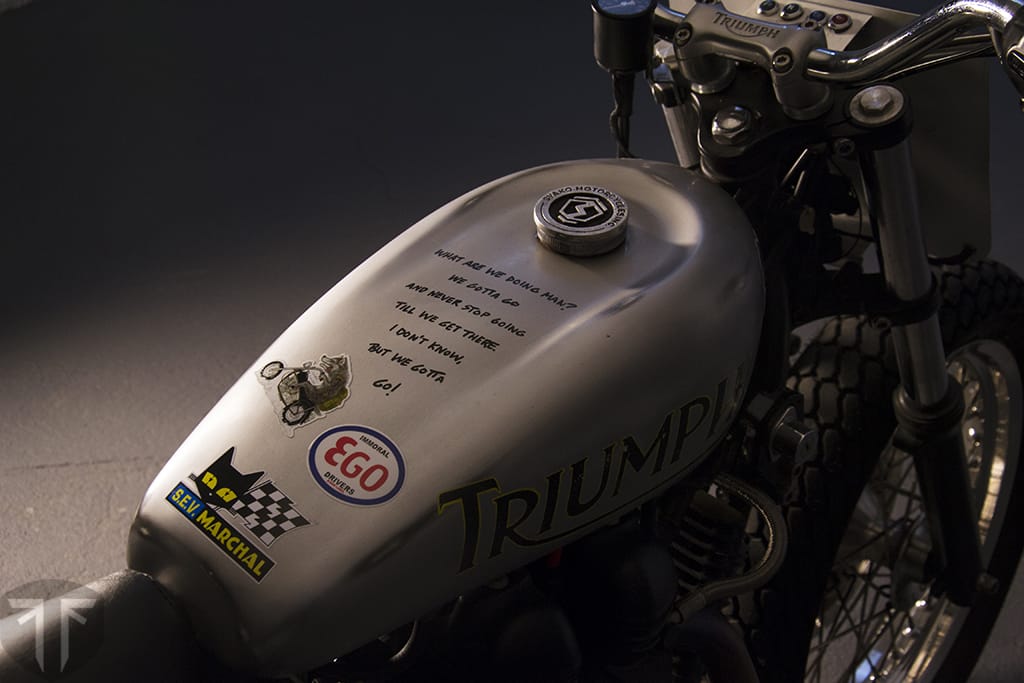 Adding to this Twins oval track blasting look, are a set of 19″ wheels, fitted with Mitas Tracker Tyres as well as back swept bars and those huge exposed K&N air filters, which fill the space where the air/battery box and side covers once sat – which together with the Dunstall exhausts should give this bike a little more go. 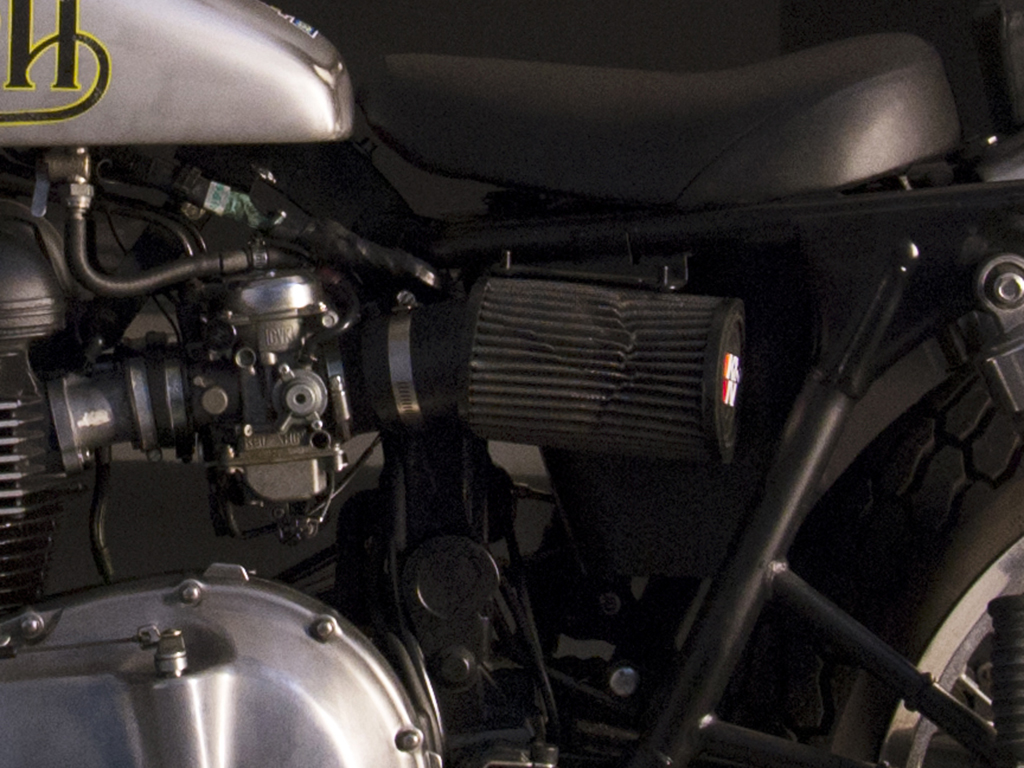 At the front of the Twin is a custom number board headlight set-up, which also incorporate the stock idiot lights – the bloated speedo is gone, being replace by a much a smaller unit, and offset to one side and tidies up the bikes font end profile.

SVAKO Motorcycles is made up of Fabio, Mattia, Giampiero, Marco and Bruno aka ‘Crazy Dog’, all of who have specific jobs at SVAKO from running the company to welding and IT – but when it comes to building motorcycles all are involved as they all share a common passion for bikes and chilling with friends, with the name SVAKO beings a mispronunciation of “Svago” meaning ‘leisure’… perfect!

Next
Blood Brothers Inc. – The Woodsman