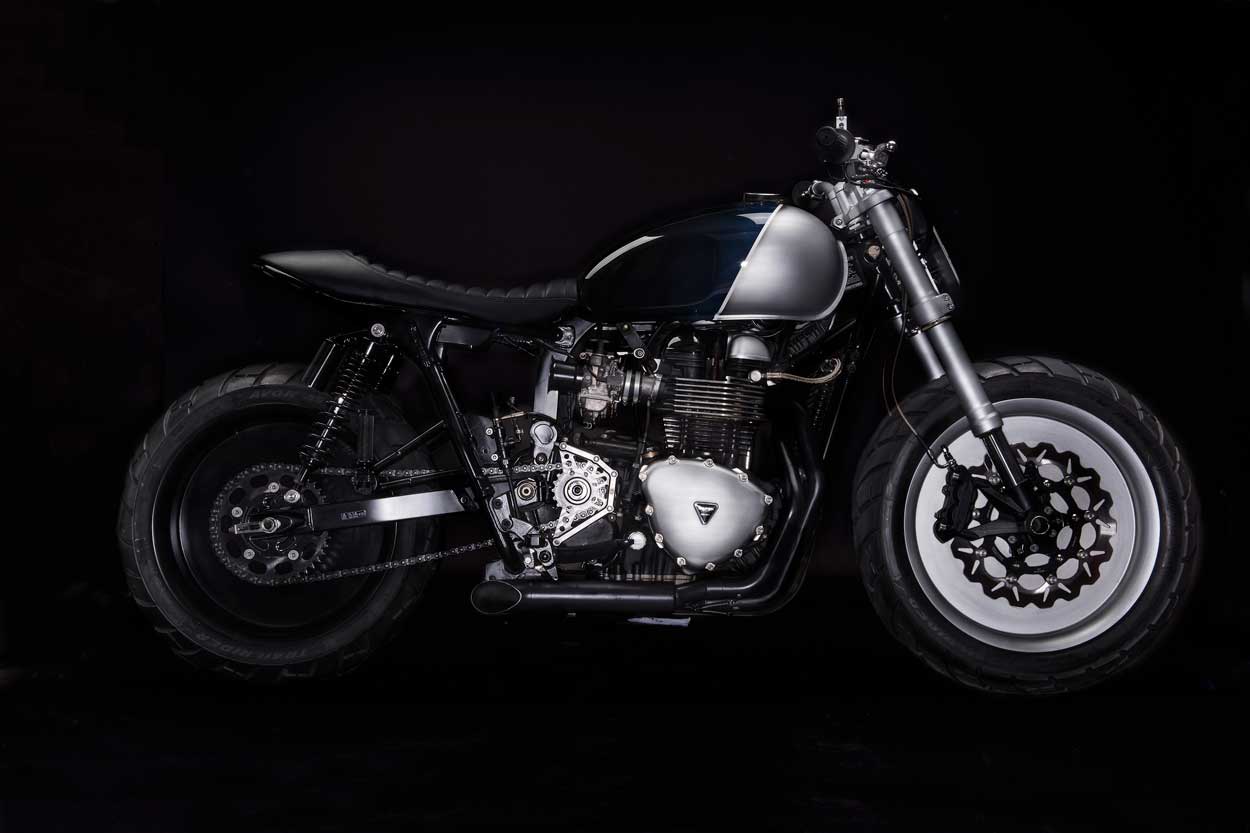 A few years ago Dario took his style and passion to the US, where he founded his own production company, and in 2013, Perfekt Speed Shop, a place to realise his dreams, where Dario and chum, super mechanic Erik Vauth build custom motorcycles such as the featured Triumph Twin… the Dark Side. 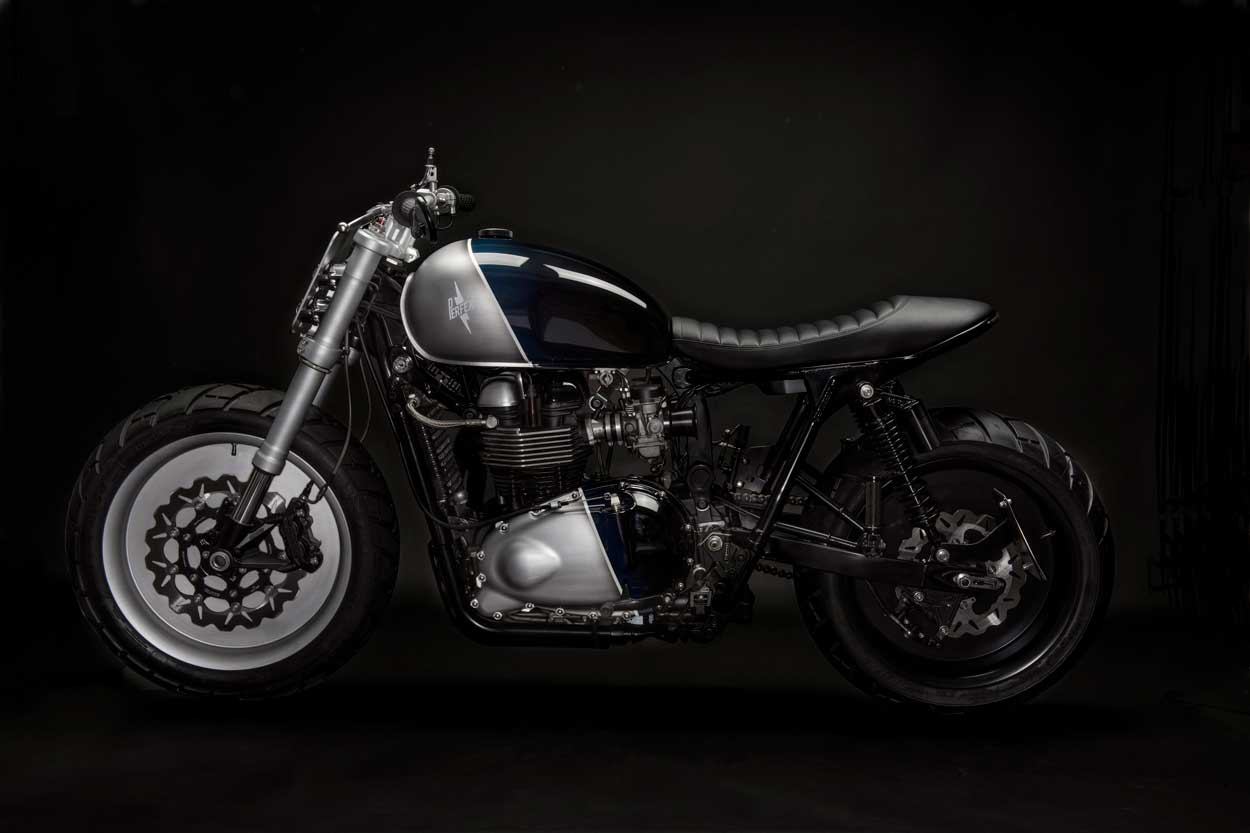 Based on a Triumph Bonneville, the Dark Side, which like many of the custom Triumph Twins featured here on Bonnefication, has been chopped,  looped and fitted with a custom seat, which on this build has been expertly and stylishly crafted from fibreglass and upholstered in rich tuck and rolled black leather. If you are wondering where the tail light and signals are now located, they have been recessed into that new frame loop using a LED strip. 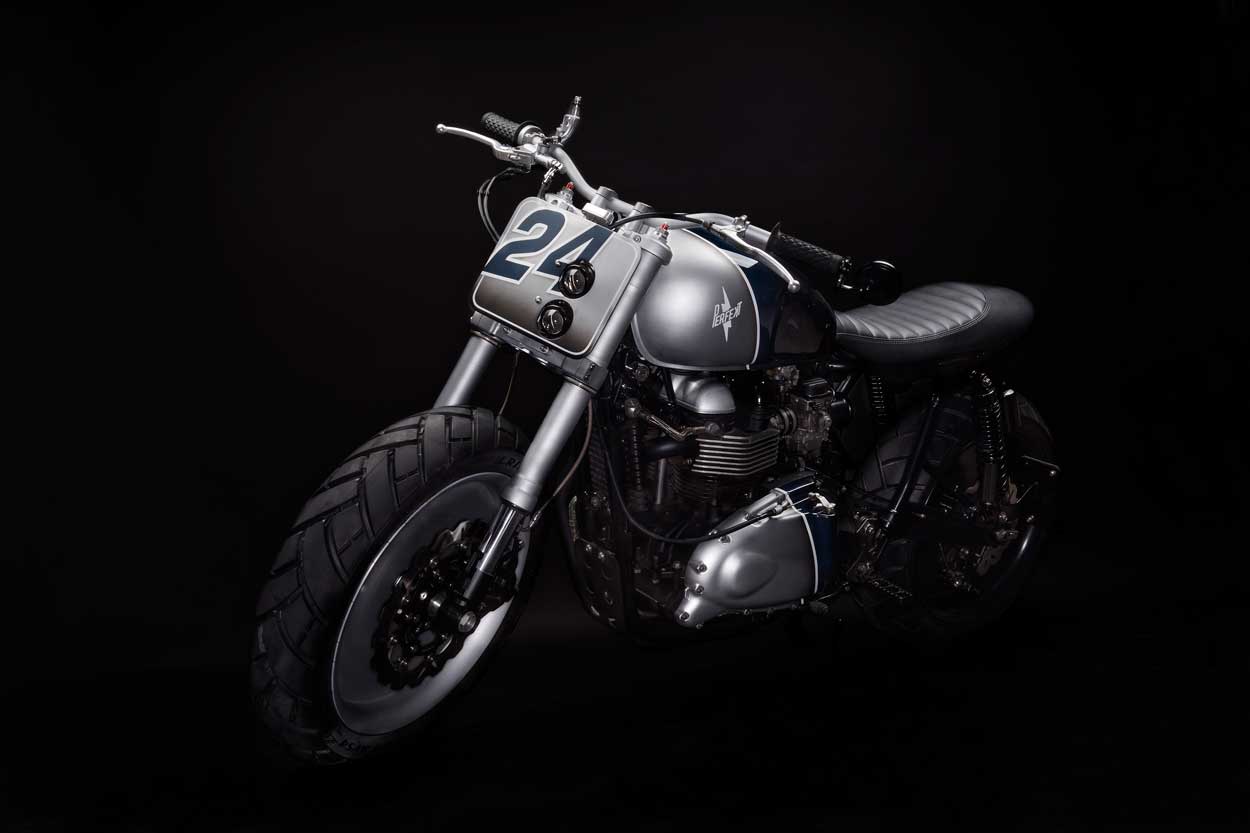 Under the seat now resides a custom battery box holding a small and durable lithium battery, this replaces the stock air/battery box and gives this Twin the desired see-through frame. With the removal of that airbox, the carbs needed protecting. Black velocity stacks were chosen, and paired with a custom two into one exhausts system, which should cure this Bonneville of its asthmatic breathing and give this Twin a cool race vibe. 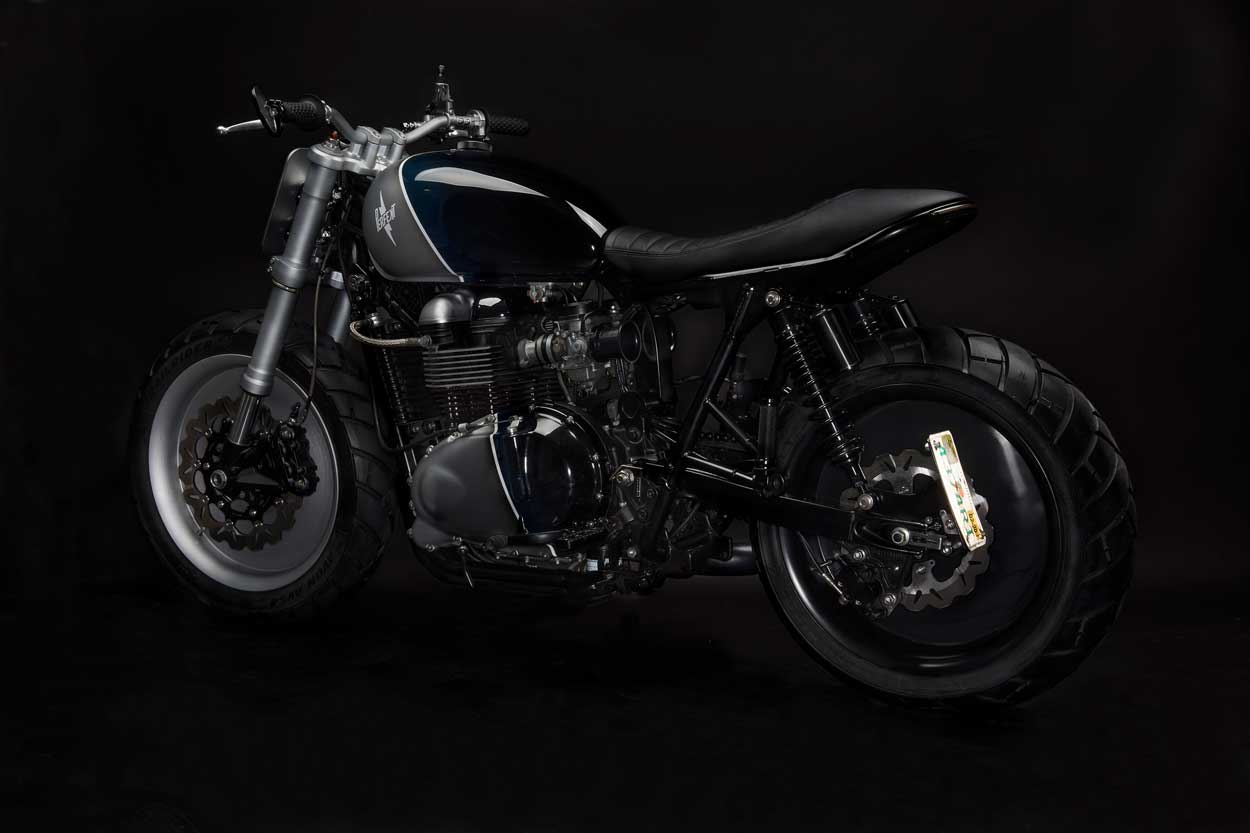 Most of the work on the Dark Side has taken place at the front, with the removal of the stock stanchions and yokes, replaced with those from a Ducati Monster muscle bike, bringing with it the stopping power of double Brembro two pot callipers and wave Gafler rotors. 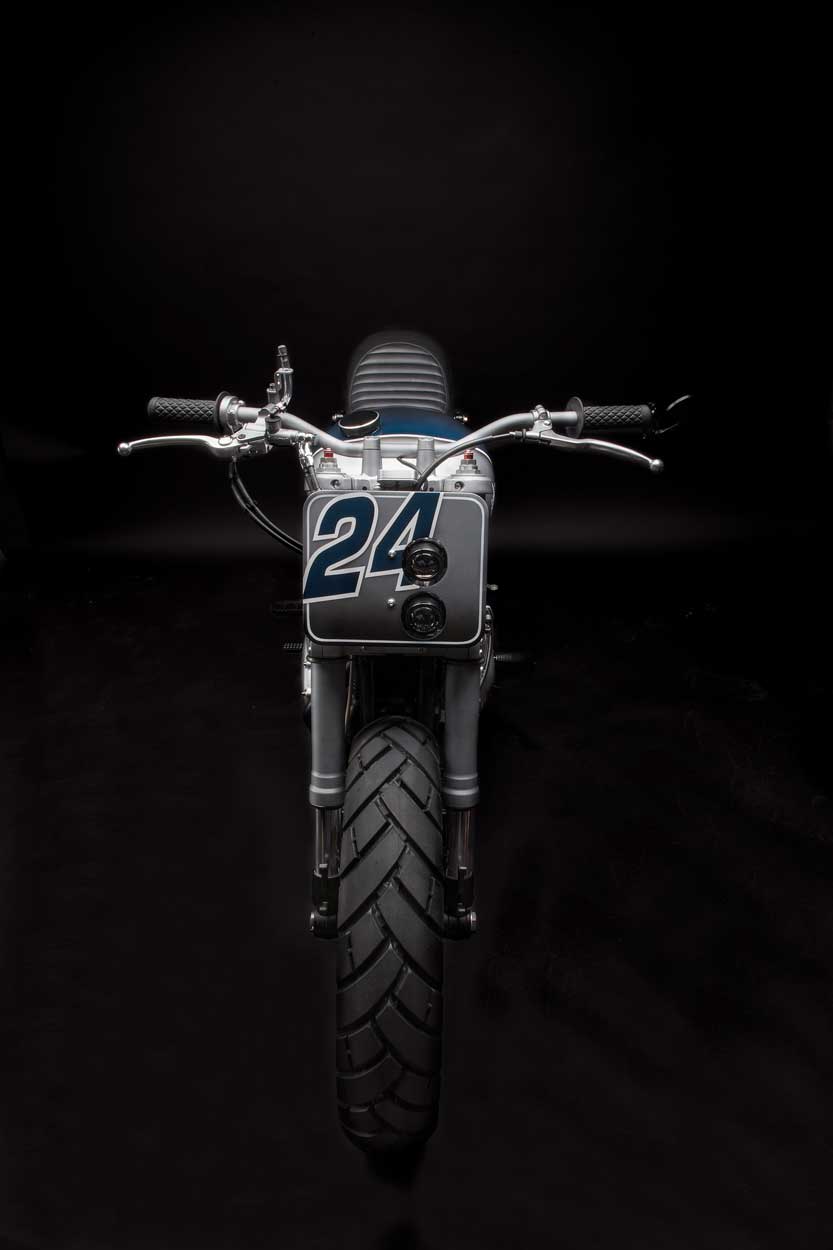 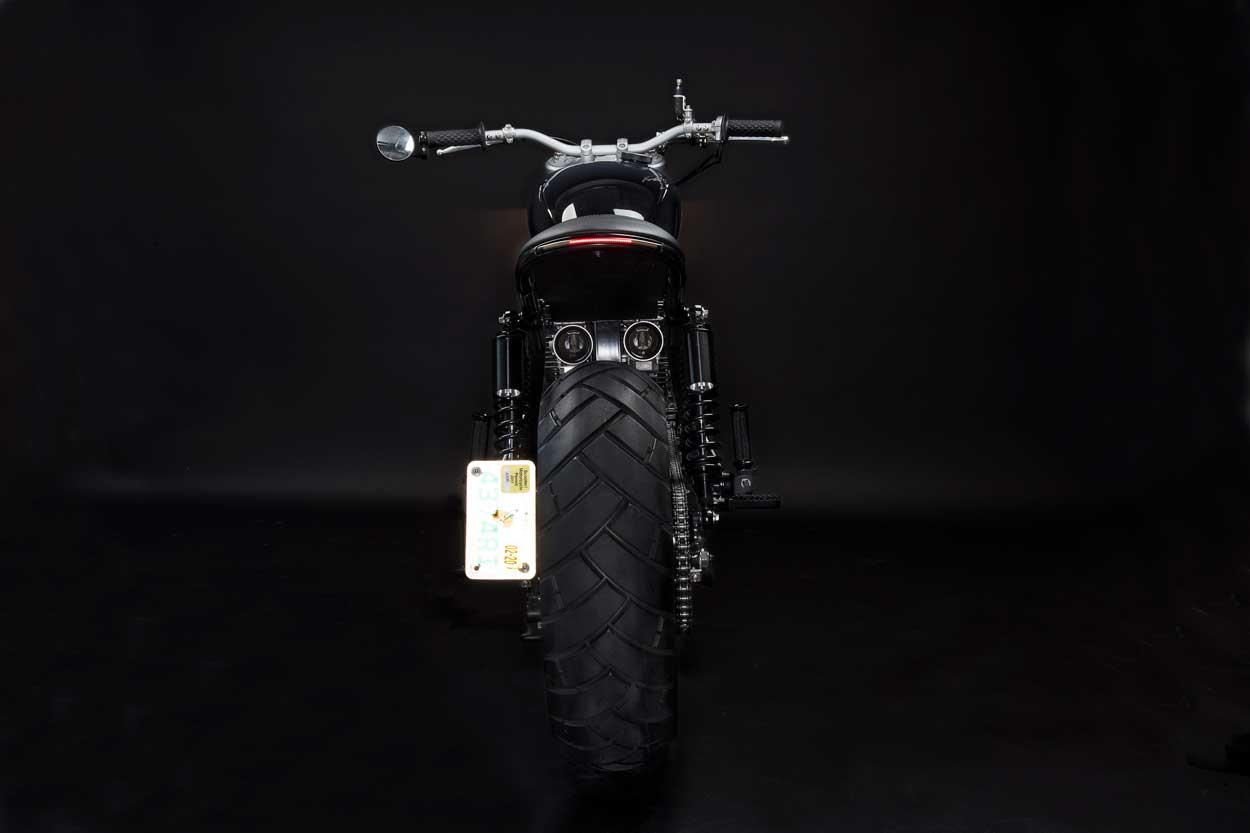 The fitting of this wheel kit, much like others in the Canyon Motorcycles wheel range, allows the Triumph Twin to run a 180 Tubeless rear. This kit comes with everything you need to get up and running and includes a revolutionary offset 520 lightweight race chain & sprocket system. 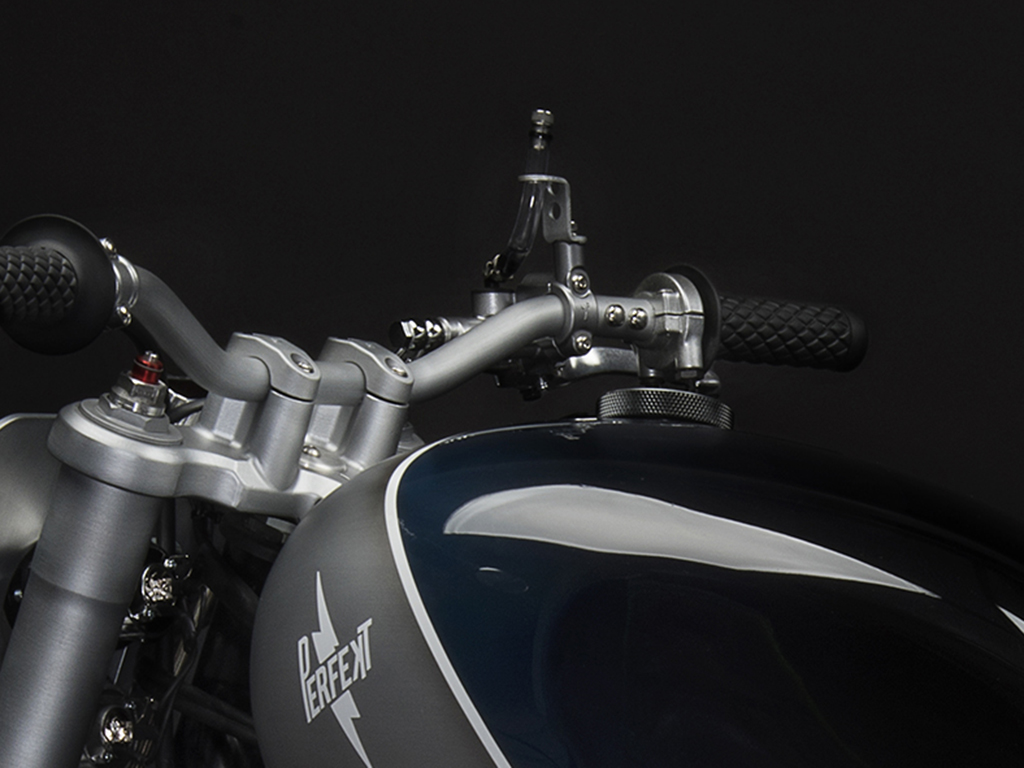 Up top the stock switches and clocks are gone, with the items being replaced by microswitches wired into the bars, which also sport  Biltwells Thruster Grips, with the stock bloated clocks being replaced by Motogadget’s Motoscope Minis speedo, hardly visible above the custom twin headlight number-board, which like the tank has been painted Black into blue by Robert at No Luck 13 to create brushed aluminium effect, which seamlessly extends to the Triumph Twins clutch cover. 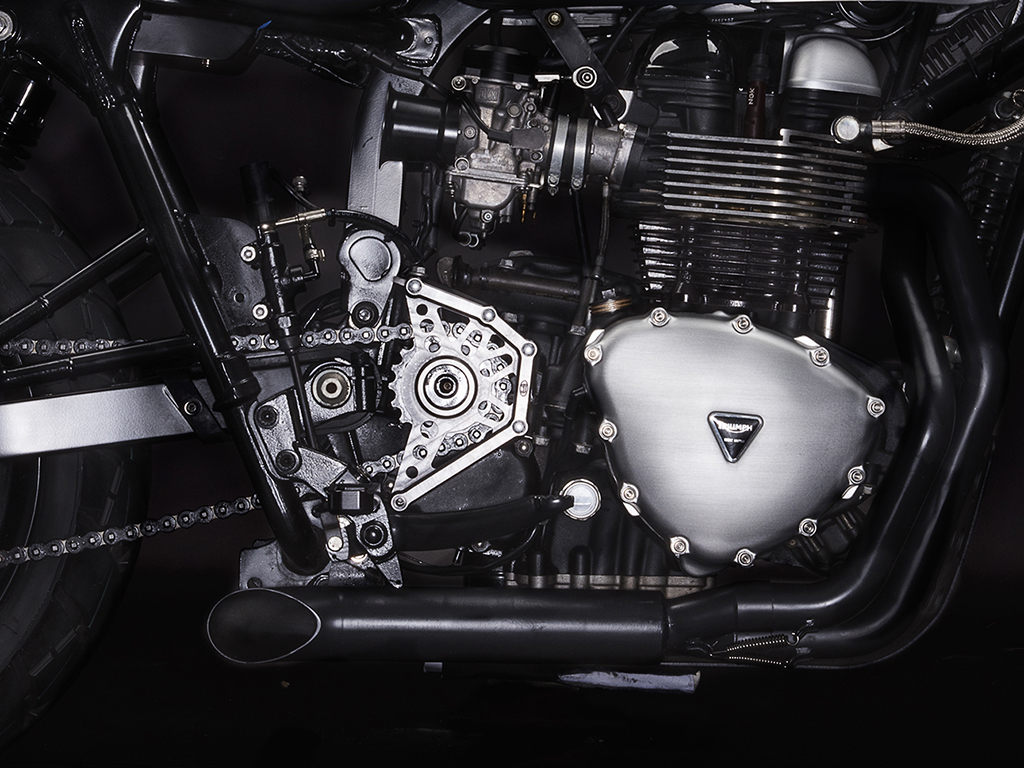 Finishing details include; Joker Machines very nice CNC’d aluminium sprocket cover, Joker footpads and Jokers left-hand side mounted ignition switch. There is also a side mounted number plate bracket, helping keep that stripped down back end nice and clean, and lastly, the fitting of black piggyback shocks should improve this Triumph Twins ride. 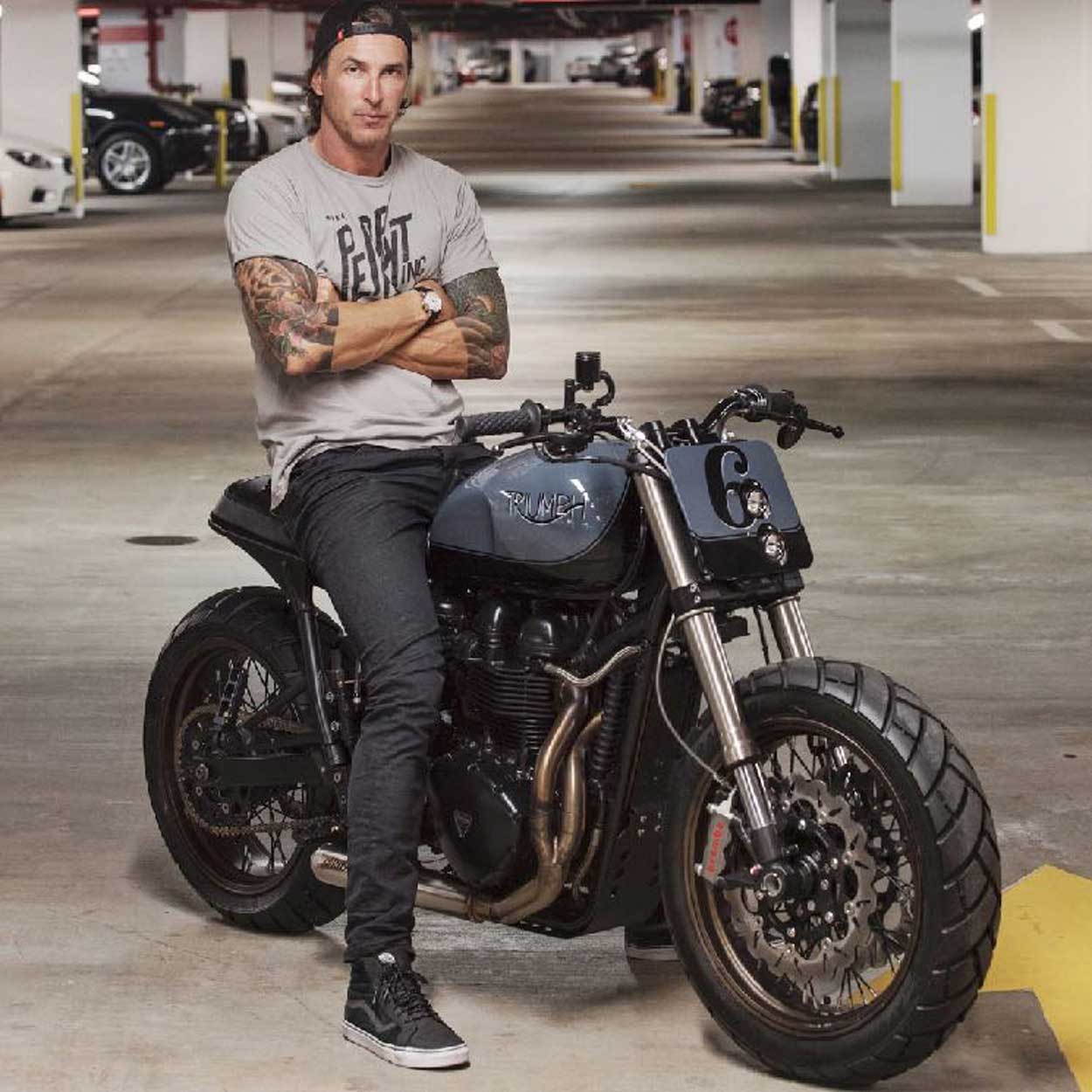 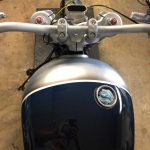 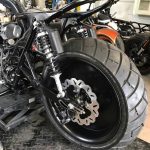 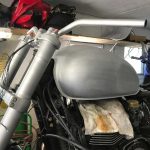 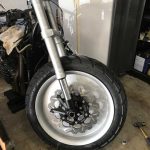 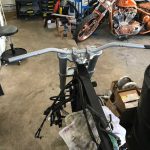 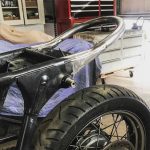