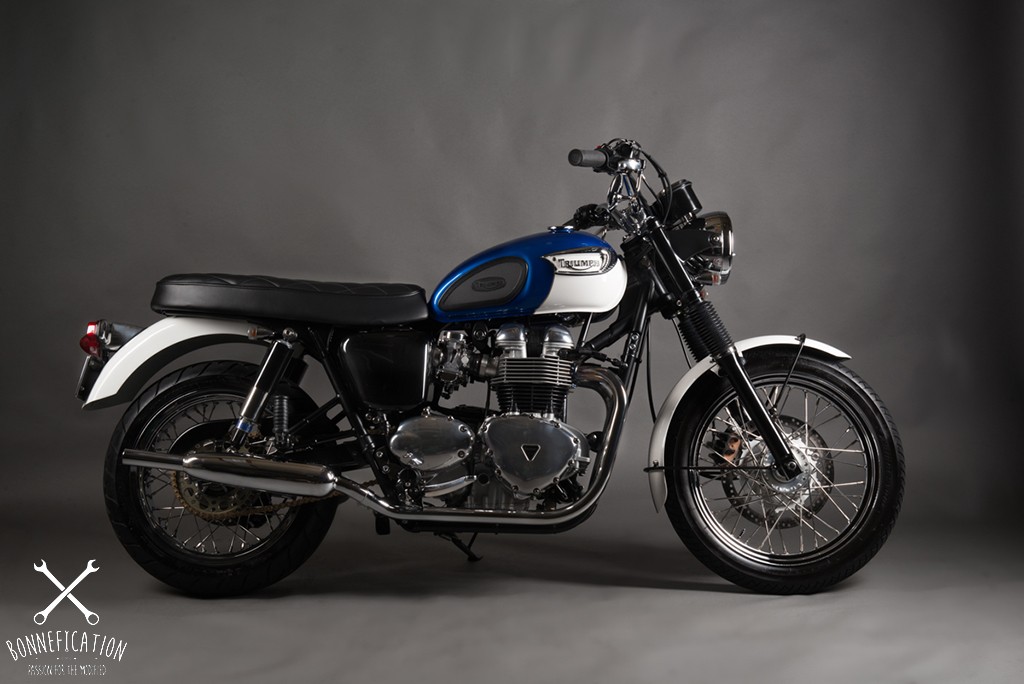 What greater bond is there between man and machine, than Steve McQueen and the Triumph motorcycle. A bond in marketing terms that I doubt could be repeated. Not even the big Hollywood names or the stars or the modern supersports could bring the kudos that Steve McQueen brought the Triumph brand in the sixties and even today. 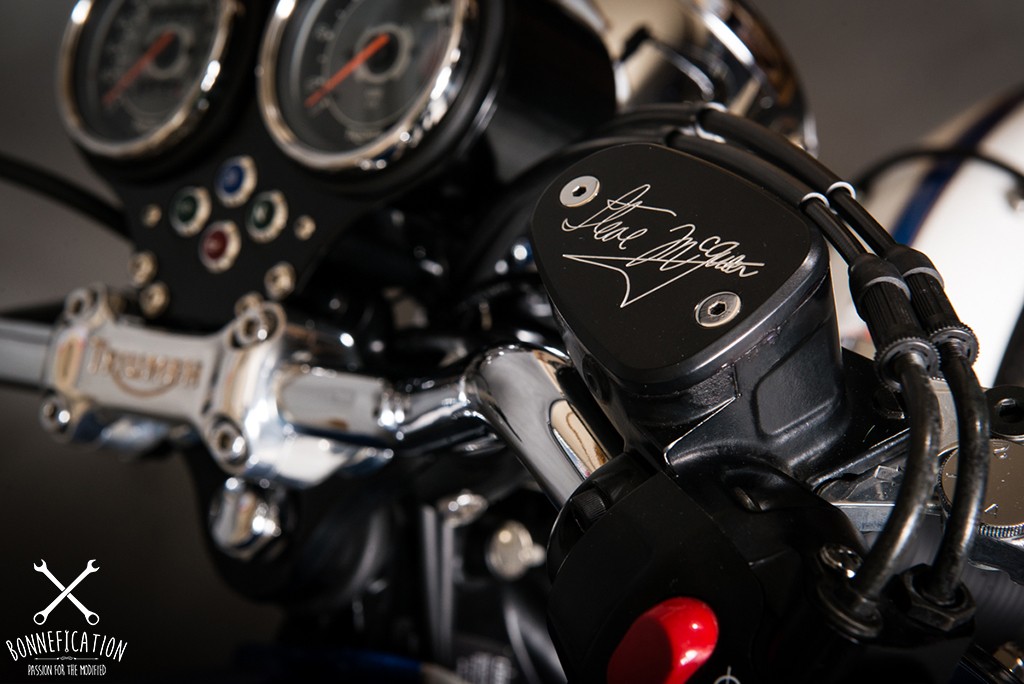 McQueen not only rode Triumph’s in anger, racing the deserts of Southern California and New Mexico as well as the mud and wet of the 1964 ISDT, McQueen also rode Triumph’s everyday, on and off screen. Product placement that would be unaffordable if a modern A-list superstar was to ride a bike, any bike, like McQueen road the Triumph. 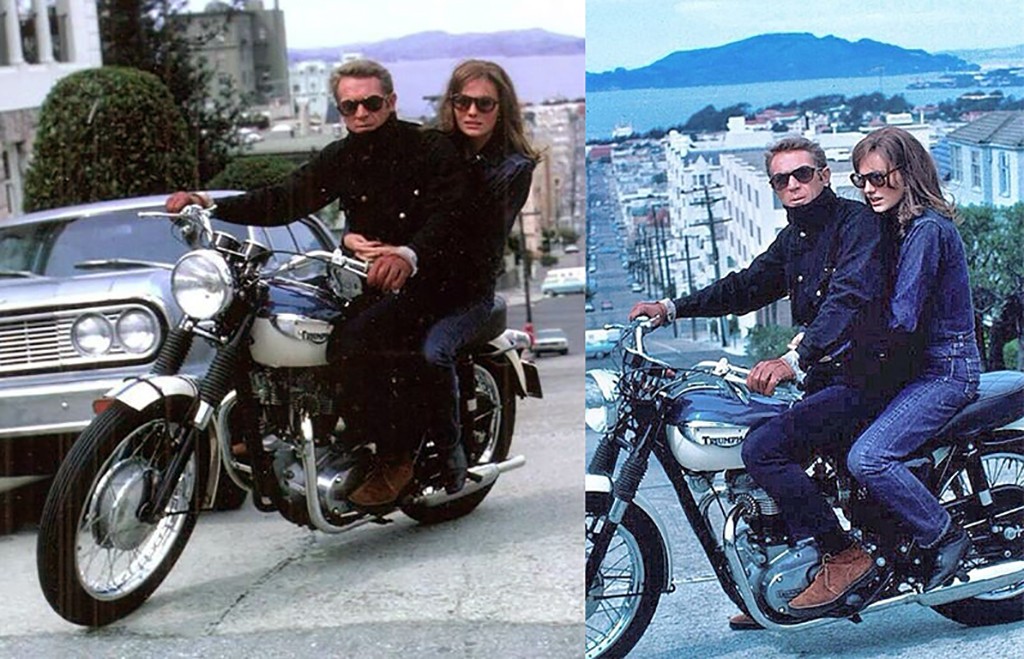 The paring of McQueen and Triumph continues today officially with Triumph/McQueen merchandise and limited addition motorcycle and the unofficially with motorcycle such as the JoMo 955 and this Bonneville McQueen homage, built by Steven Heglar of Modern British Designs, who also built the best McQueen ISDT replica we have seen, a build which was based on Triumph own half hearted attempted on an ISDT replica the Triumph Scrambler. 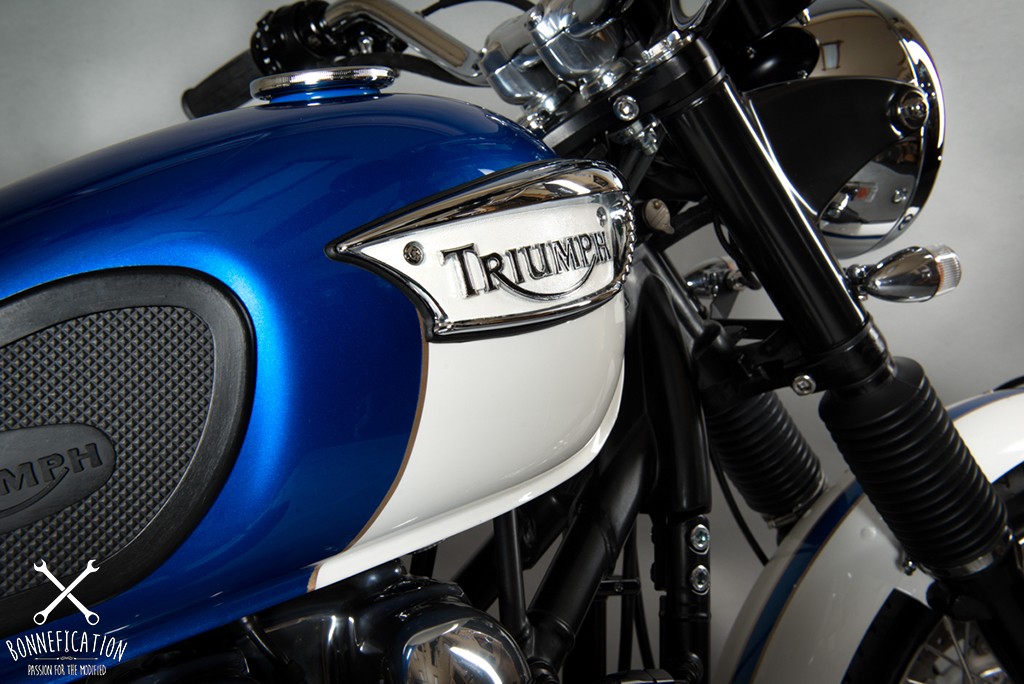 The inspiration for this bike came from a photograph of Steve and Jacqueline Bisset on McQueen’s own Blue and White Bonneville, a photo which was taken while the pair were on location in San Francisco during the filming of Bullitt. The finished Triumph, like Steven Heglar McQueen ISDT build is simply stunning, with a level of detail that may lead some to believe this is a genuine period Bonneville and perhaps the very one owed by McQueen himself. 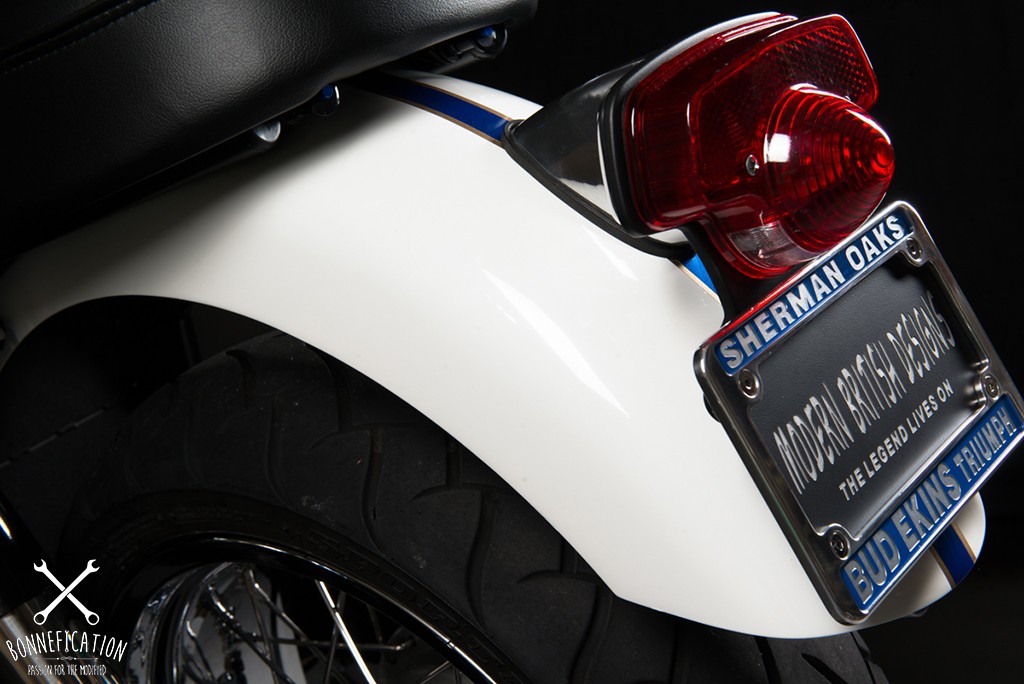 I bet if you were to take this Triumph for a spin and park it up somewhere, you would in no time at all be surrounded by a bunch of old boys all asking about your classic Bonneville. Perhaps before you go out, you should purchase some Persol sunglasses and desert boot to complete the look. Comparing the Modern British Designs and Triumph’s own official homage to the superstar, I know which one got it right…. Sorry Triumph. 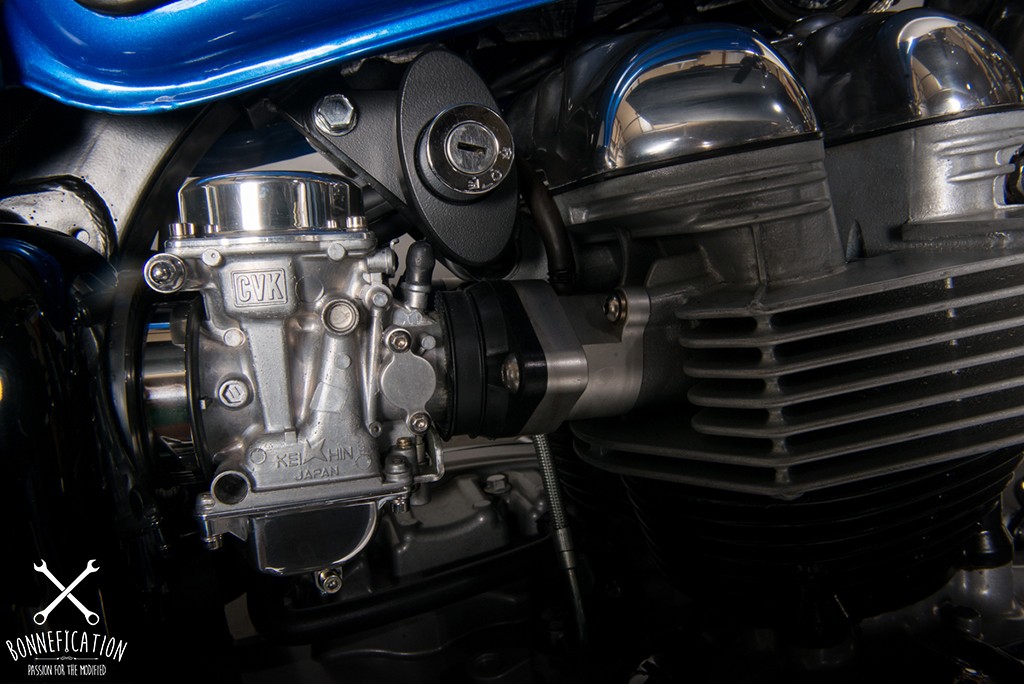 Steven Heglar of  Modern British Designs posted the build thread for this motorcycle on the Bonnefication forum, which can be found here –  I won’t repeat what has been said before so go give it a good read. 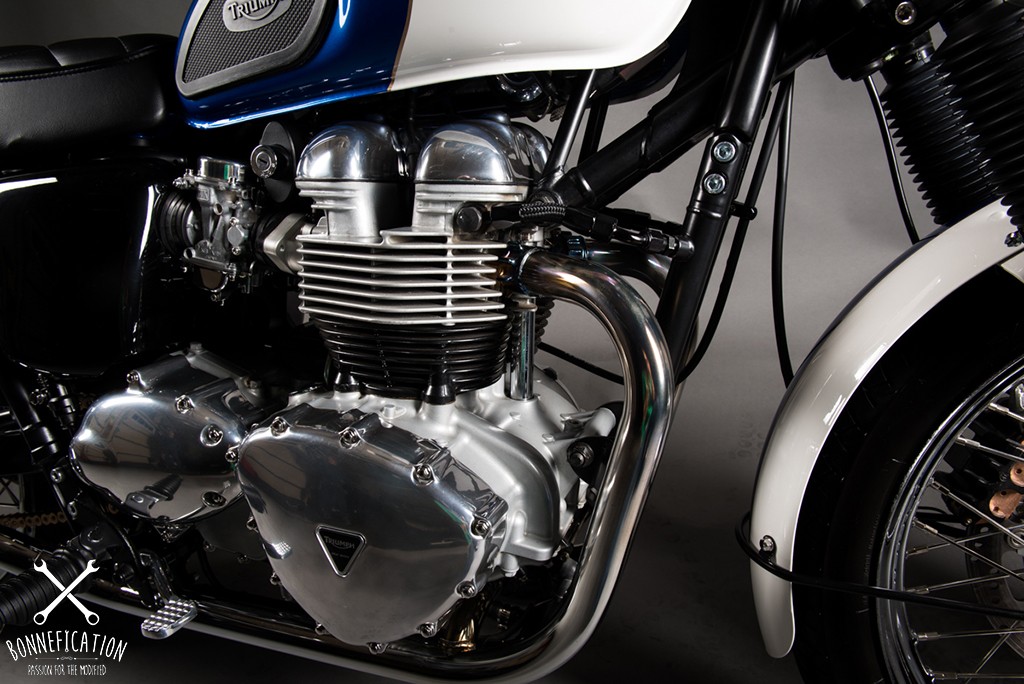 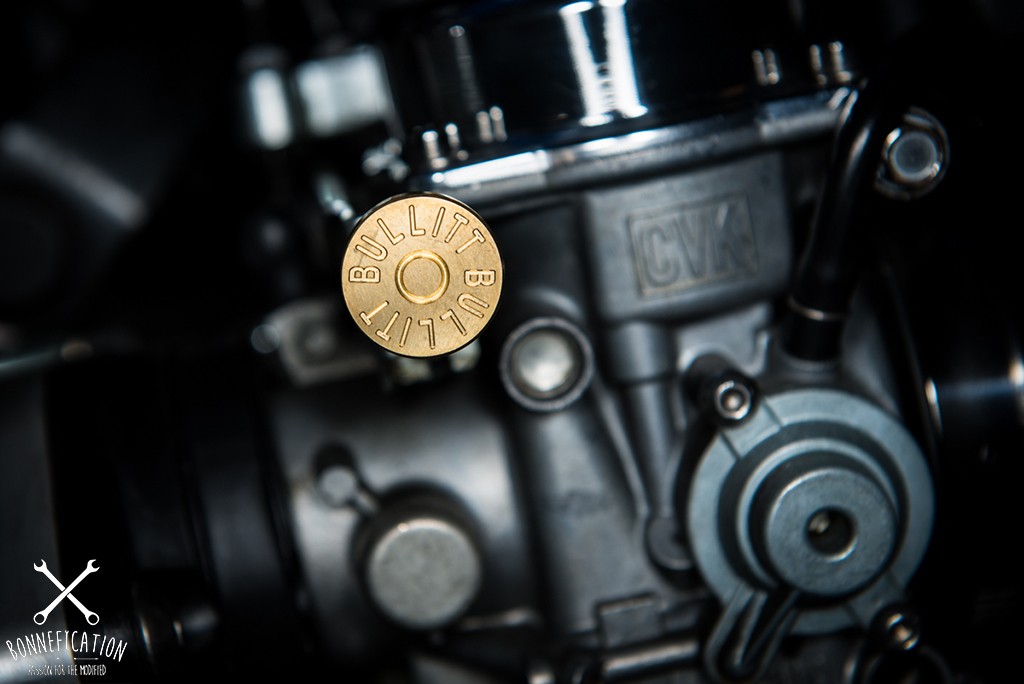