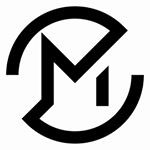 I wasn’t a big fan of computer generated motorcycles until recently, I say this not because I didn’t like the designs of these virtual machine, my issue lied  in that these CGI bikes would  never, or on some occasions, could ever be built – a bloody shame, as often these concepts are some of the most exciting and refreshing motorcycle on the web.

Recently, I asked myself a question, could these concepts be the very thing that drives the custom motorcycle scene into a new direction?. Perhaps by creating designs in the virtual world and using social media to showcase builds, bike builders the world over could speed up the process of finding the next new thing and more importantly, new customers – demonstrating 10 different tyre, wheel or tank colours in an afternoon, without spending a moment in the workshop or a penny (cent) on parts. 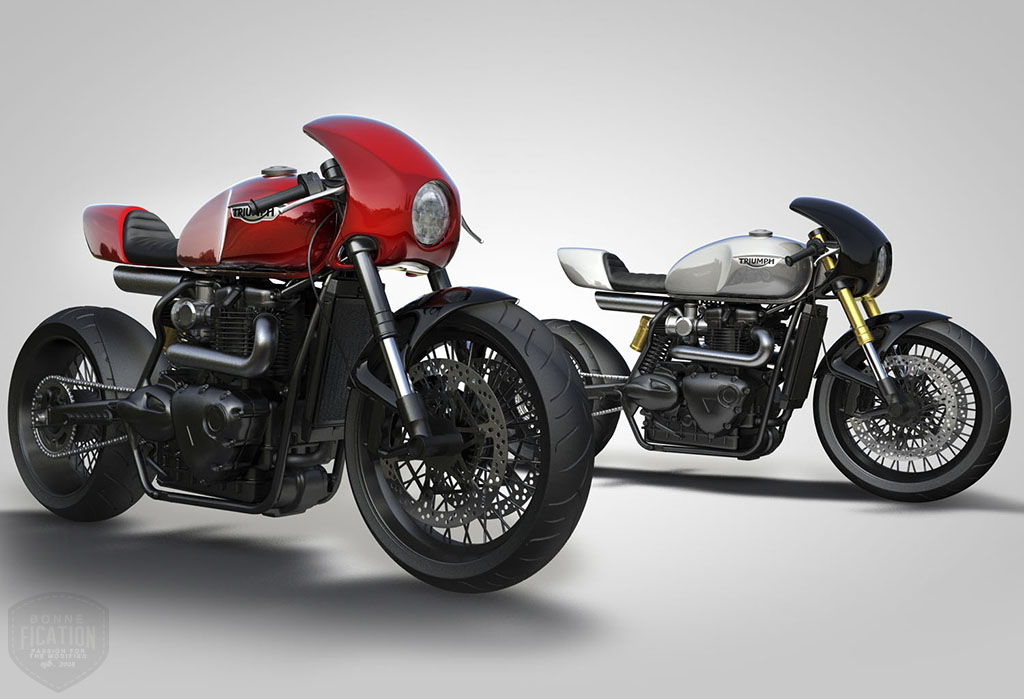 But what of the visionaries who create these virtual machines, what are their background in customising and generating fantasy motorcycles  – and do they feel their designs will ever see reality – Bonnefication spoke to Ziggy (not his real name) of Instagram based #ziggymoto, who has been creating some amazing custom Triumph Twin concepts based on the new 2016 Triumph Twin Range. 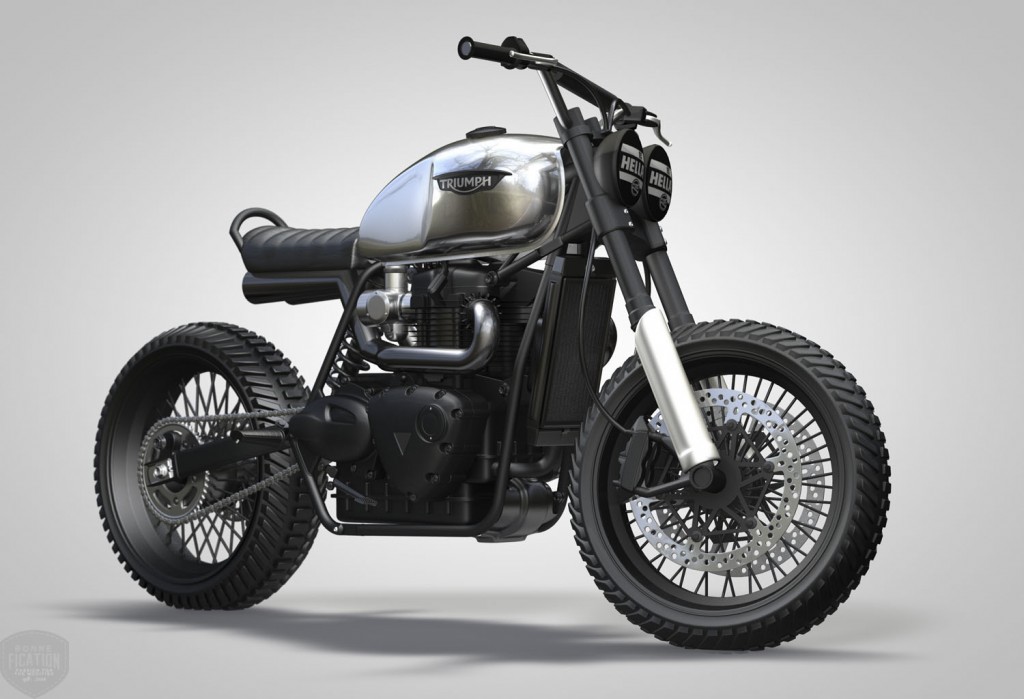 Bonnefication; Hi Ziggy…. so tell me… what is your motorcycling background?
Ziggy; I’ve been drawing bikes since I was a kid but only started riding them in my late 20’s. The bike that kicked it all off was a used 600cc, yellow Ducati Monster and I’ve never looked back. Since then I’ve ridden all sorts but Ducati has been the consistent thread. 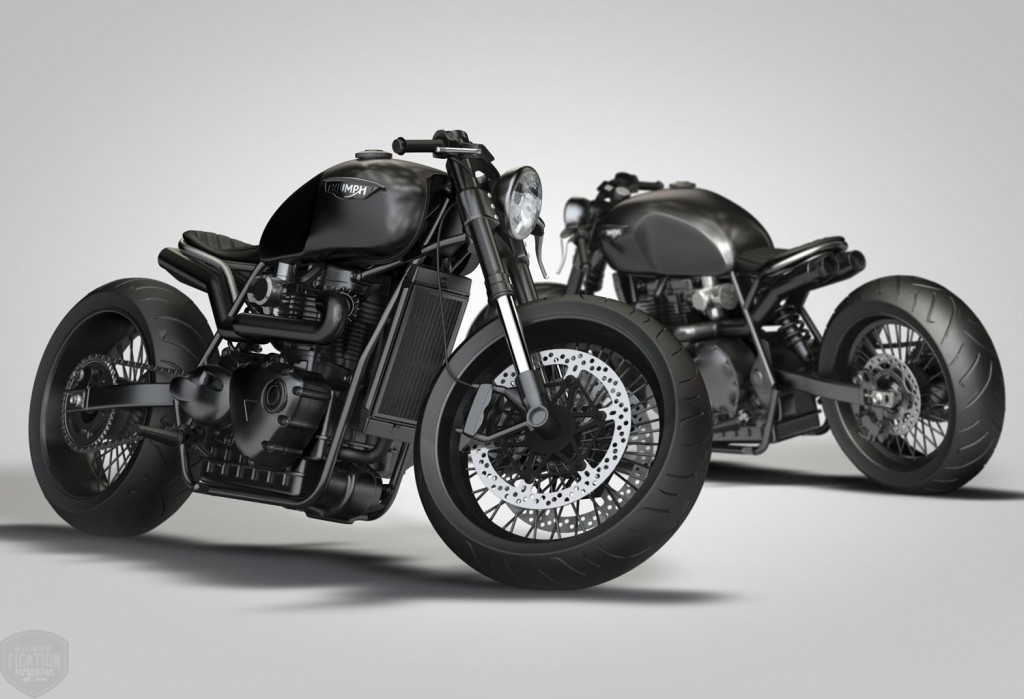 I’ve always loved my street bikes and wasn’t remotely interested in fully faired bikes until a day at Brands on a loaned R6 changed everything, I jumped in with both feet and have embrace every opportunity to race round and round all over Europe. The 749 was my first dedicated track bike although it was a sliding doors moment and had a suitable Daytona turned up I might have never ridden another Ducati. It didn’t and I now ride a track prepared Pani. 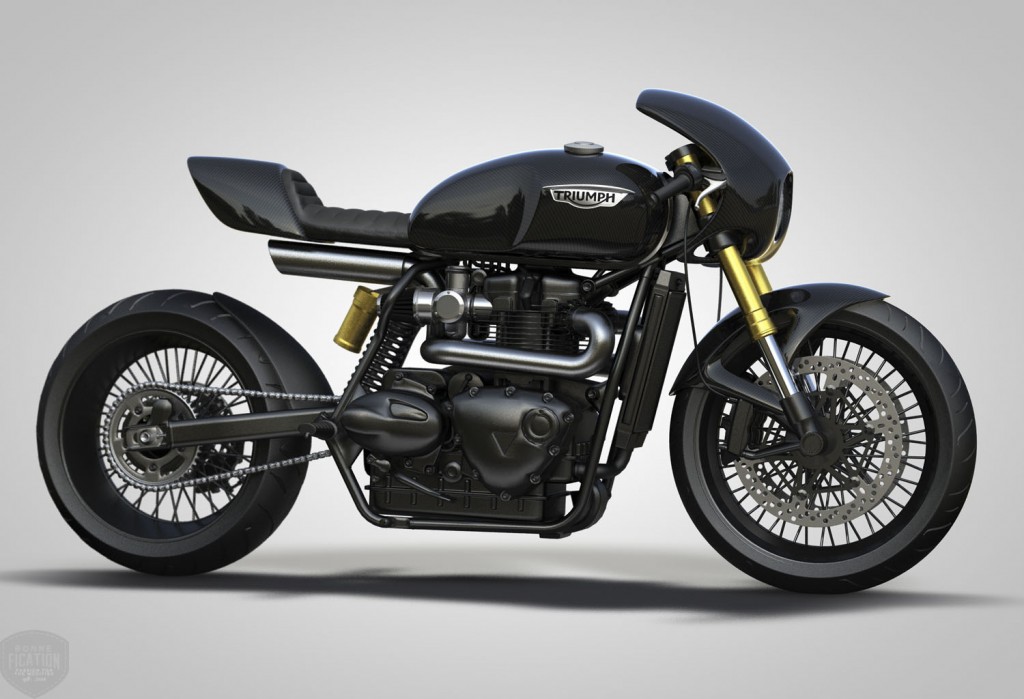 I’ve only recently started tinkering with bikes beyond crash repairs and track preparation, but it’s safe to say I’m loving it and regretting the wasted years when I should have followed my heart. My first build converted a CR500 into a raucous supremoto, less than practical but a blast on the days I could actually start it! My last build was based on a BMW R100 RS and much closer to the kind of bikes I see myself building in the future.

“The café racer, bobber, tracker, scrambler style of bikes have so
much potential for reinterpretation, it’s a vein I can’t imagine tiring of”.

The BMW was a modest success and I worked hard to make the lines flow. Once everything’s been removed from a bike, the seat unit is one of the most important aspects of the build. I wanted it to feel as though it was penned by the same designer as the rest of the bike and the entire bike should hang together as one. I wanted the seat to sit low and inline with the tank, minimal padding tucks the rider in behind the fuel tank and amplifies the bison like bulk of the tank. The seat also had to carry the Lithium Ion battery, to keep the engine lean. Other little tricks involved dropping the head a touch, tipping the tank, double plugging the cylinders, and keyless ignition to keep it nice and tidy… 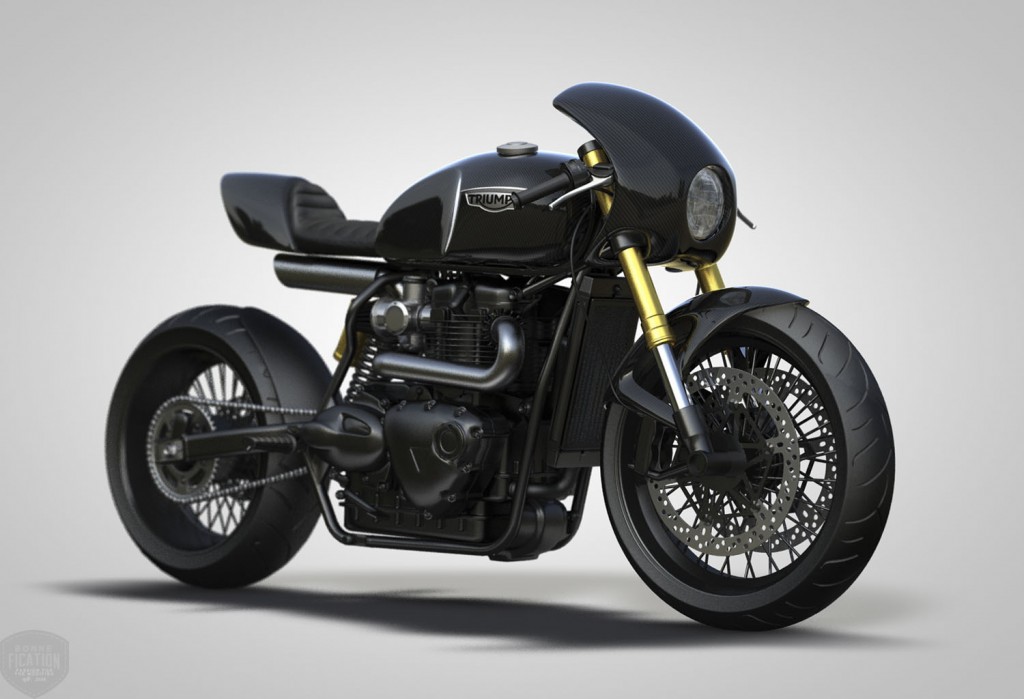 Bonnefication;  How did you start with computer modelling and creating virtual custom bikes?
Ziggy; I’m an product designer and I’ve worked with some of the worlds greatest brands from LEGO to BMW but I’ve spent the majority of my career working in 2 and 3d branding. It’s given me a wealth of experience, including an understanding of what flicks the consumer switch. We’ve built a really successful, agency but I’ve always remained hands on, I can’t imagine relinquishing design.

“This is where I’ve honed my 3D concept skills. It used to be
with pen on paper but now I jump straight into Cinema 4D”.

It’s a great piece of software and I’m able to design freely. I could always fool the eye with a sketch and defer the difficult decisions but designing straight into a 3d package requires a little more resolution up front. There’s also the benefit of being able to hit print once you’re happy. Many of the BMW parts were designed in cinema4D, visualised and then 3D printed. 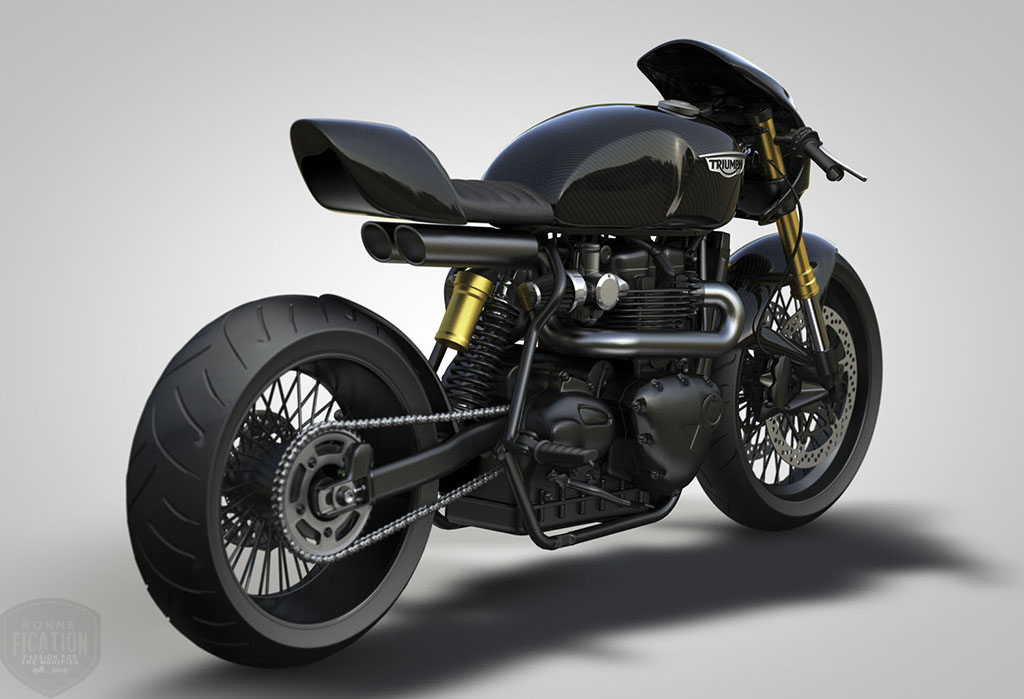 Bonnefication;  how long does it take for you to design and render one of your motorcycle designs?
Ziggy; It’s relatively rapid once you’ve got a thought and a base model. Most of my designs revolve around the less is more concept and it’s more of an exercise in restraint and proportion than overworking stuff. “Less is more” is a simple approach but as with everything, the less you do the better you have to do it.

“like my bikes to feel as one, if something stands out, I’ll rework it”.

Once I’ve built decent foundations I can “virtually” build a bike in a a few hours, rendering is more time consuming, Rendering requires computer processing time and increased reality requires increased processing but the most time consuming aspect is deciding on colour ways and trying to create beautiful materials… I can fiddle with that all night!

Bonnefication;  how do you see Ziggy Moto’s future in this and the custom motorcycle scene?
Ziggy; Like many, I started building bikes as a form of therapy, more specifically an escape from the day job, the constraints of commercial design and repetitive briefs, but beyond that who knows!

I’m an absolute amateur at the shallowest end of the custom motorcycle pool, but I know what I like and I think I have a reasonable grip of what others appreciate in a good looking bike, although I’m already seeing a repetitively in my designs and I need to work hard to get out of my style groove.

“Exploring different themes from different starting
points is a great way to force the hand and eye”.

I fantasise about a future where I build bikes to order or work alongside an established firm but until then I’ll keep building one offs while the computer skills let me trial ideas before hitting metal… Maybe Triumph will read this and give me a call! 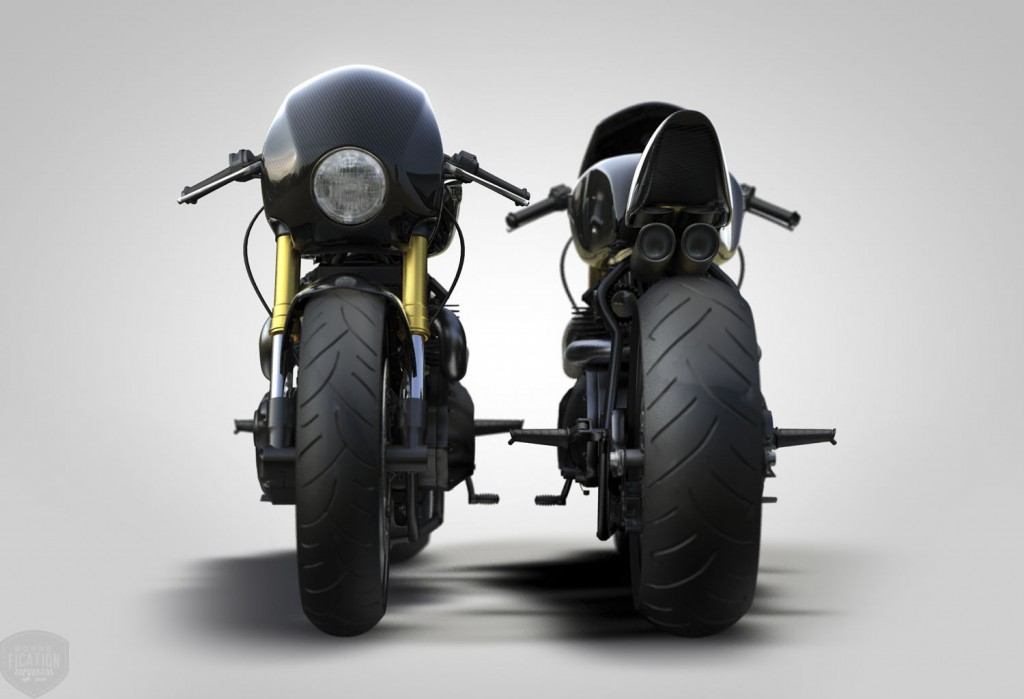 Bonnefication; Do you feel Ziggy Moto’s designs could become reality?
Ziggy; Without a doubt.  I’m confident any of my concepts could be realised, although there’s always some flex and interpretation when a concept becomes reality, It’s a tricky balance, I’m torn between sharing thoughts and inspiring others while protecting my designs and keeping my powder dry… I console myself with a belief that every bike has several more beautiful, relevant and exciting bikes buried within it and I love trying to uncover these, so why care who sees and possibly copies, that’s flattering and there are plenty more designs left to uncover.

“Adding beauty, character and purpose to a bike is a joy and
most importantly there’s no right or wrong, that’s why I do it”.

Bonnefication; what are your impressions of the Triumph Twin, and the new models?
Ziggy; You’ll have noticed from my previous bikes that Triumph has yet to feature. I’ve come so close to owning a Triumph, both the Street Triple and Daytona have tugged at my heart strings but I’ve never closed the deal. The fact that Triumph is one of the last remaining British brands should have been enough to make me buy one.

With regards to the Bonneville, I’ve never been a fan (sorry) It’s a little like the Land Rover Defender (I drive one of those) it’s a classic out of time. There’s always a significant and important place for the Bonneville but there’s also room for its rmieagination and the reinvention of the concept that delivered the original bike. I’m sure I could be converted, but from a distance, I’ve always found it to look a little too long, low and heavy. It was actually for these reasons I picked the bike as a reasonably tough starting point for customising and then proceeded to build a bobber, racer and scrambler from the same foundations.

“They won’t be to everyones tastes but they’ve been some of
the most successful builds I’ve posted on Instagram +13k of likes”.

Bonnefication; what are your impressions and thought of the current trends in customising bikes in general?
Ziggy; My childish dabble has only opened my eyes to the global phenomena of custom bike building. It’s filled with the most amazingly talented designers, but there’s also a sweet spot, a golden ration of bike design that resonates with most people. I sometimes wonder whether the most talented builders have the best creative eye and vice versa . There’s a technical creative balance that’s always being struck and that’s possibly why there are so many amazing and innovative builds that do revolutionary stuff that fail to seduce you as a rider.

In our business we meet guys that understand the software inside, out but can’t deliver a descent image, equally we meet really talented artists that can’t use the software. To be successful in our business you need to master both. Great bike builders have a creative vision and the technical skill to deliver it and without compromise, that’s impressive!

Bonnefication; What styles of bikes would you like to see more of, what would you love to design?
Ziggy; I’m not fussy, I love all bikes, the more the merrier!  I simply love great design coming to life in a beautiful bike that makes my pulse race. I’d be happy to design bikes that do the same.

Bonnefication; Many thanks Ziggy, thanks for taking the time to speak to us.
Ziggy; a pleasure.

If you want to see more of Ziggy Moto’s work, I know I am, check out his Instagram page at #Ziggymoto