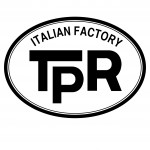 TPR Italian Factory who are based in Milan, Italy and has been modifying Triumph Twins since 2008 with an aim to revive the retro styling of the seventies.  I have often come across their modified Triumph Twins while doing Bonnefication, wishing they would have sold me one they’re amazing fuel tanks which are hand crafted from aluminium by TPR and used exclusively on their custom builds. 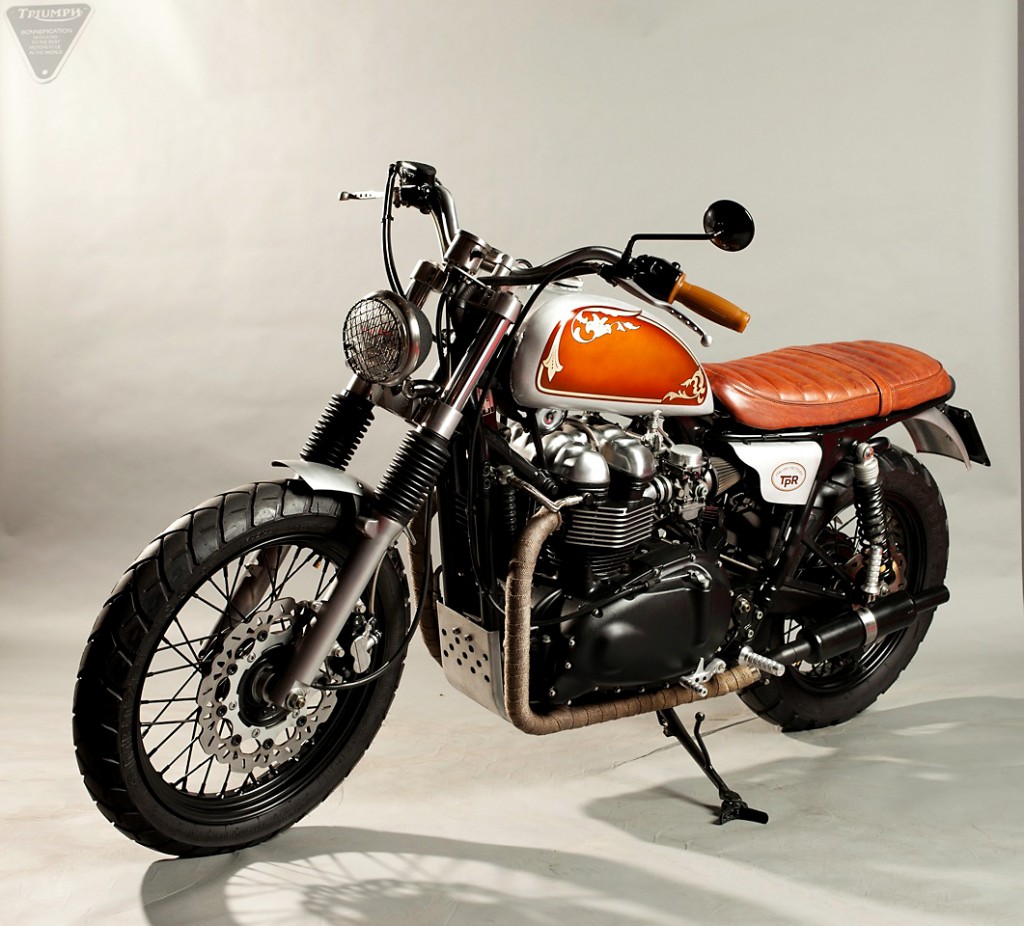 One of my own favourite modified Twins just happens to be a TPR build, the ‘Bufalo‘  – I love the alloy tank, the uncomfortable looking, yet uber cool seat and the shortened frame. The Bufalo was one of the bikes that finally inspired me to cut my own 06 Scrambler. Looking at these images TPR attention to details is suburb, such as the 24 karat gold leaf on the tank, billet TPR bar clamp. Both builds use parts from both LSL and Mass Engineering.

“We found that no model found on the market mirrored our passion for unique bikes, with character and a unique feel, and we wanted to create a bike that we could call “our own”. Therefore, we decided to build it ourselves. During the designing period, we realised that the bike could have appealed to others, therefore we convinced ourselves to open a garage” – Founder of TPR Pietro Figini 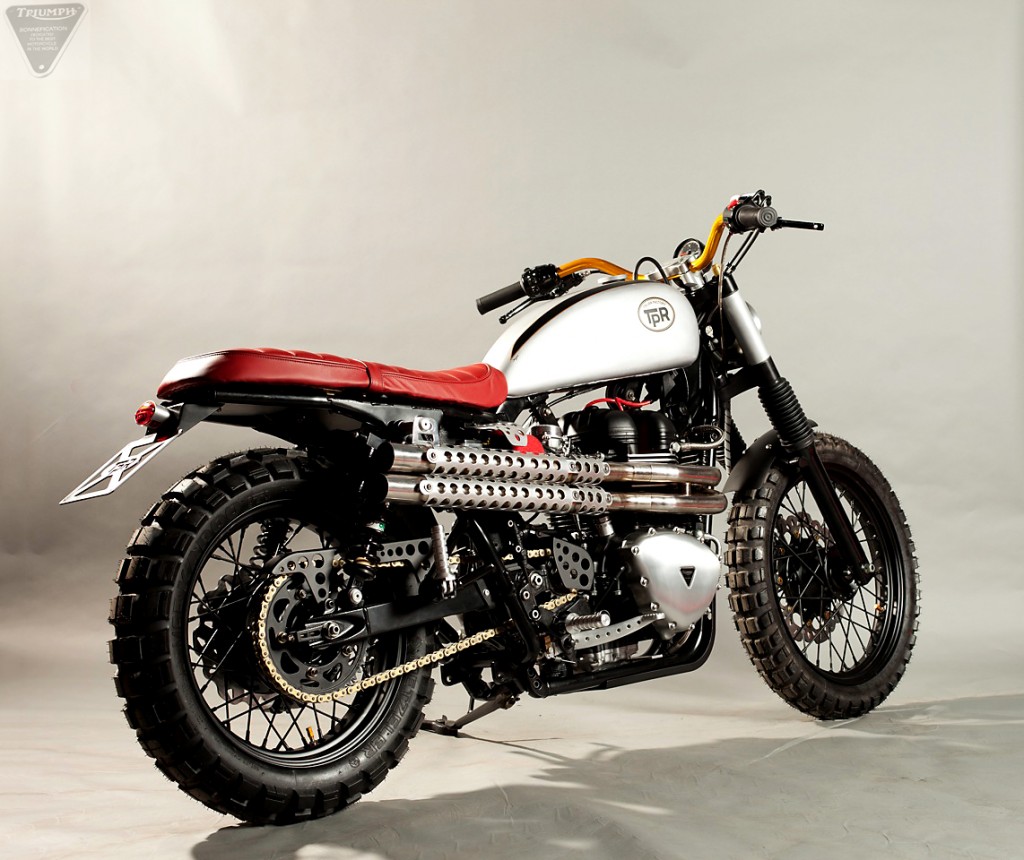 “Every aspect of the model is meticulously curated, and we make sure that every component reaches the highest standards of quality imaginable. In addition we perform a very meticulous study for the colors, to ensure that the finished product is simple but at the same time full of personality.”