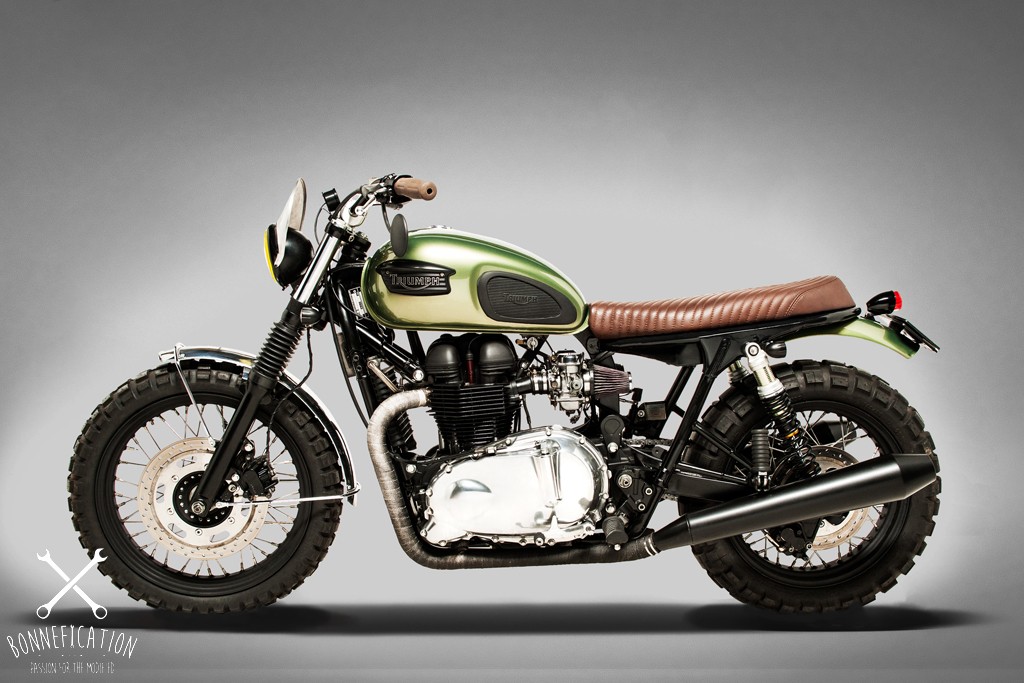 Founded by Daniel and Pedro in 2010, Ton-up Garage which is based in Porto Portugal is now one of the more established names in the world of custom Triumph Twins. So far Ton-up Garage have produced some great looking Triumph’s including their Scrambler, Hiawatha and Soultrain. 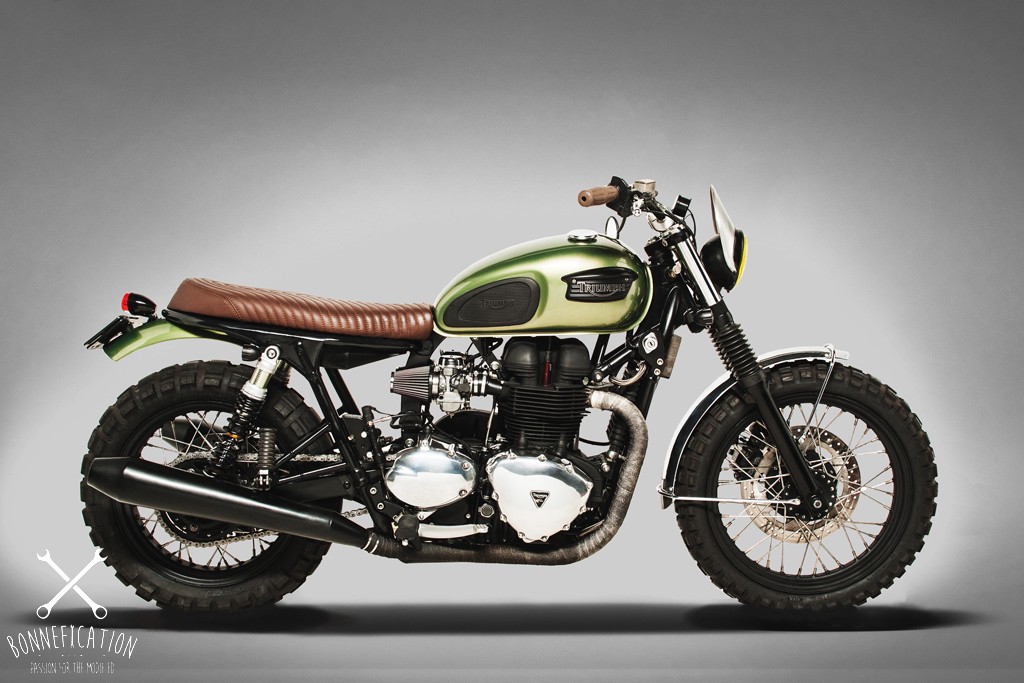 Daniel and Pedro’s latest build is the Hellzapoppin, named after the 1941 movie of the same name, a film which features the Lindy Hop dance style, a dance that evolved in Harlem in the 1920s and 1930s. In the movie Frankie Manning does an incredible performance which needs to be watched to be believed. But whats the link?, well the couple who commissioned the Hellzapoppin Triumph Bonneville both saw the movie and were both inspired to learn to dance just like Frankie Manning, which led to boy meets girl and a romance began. 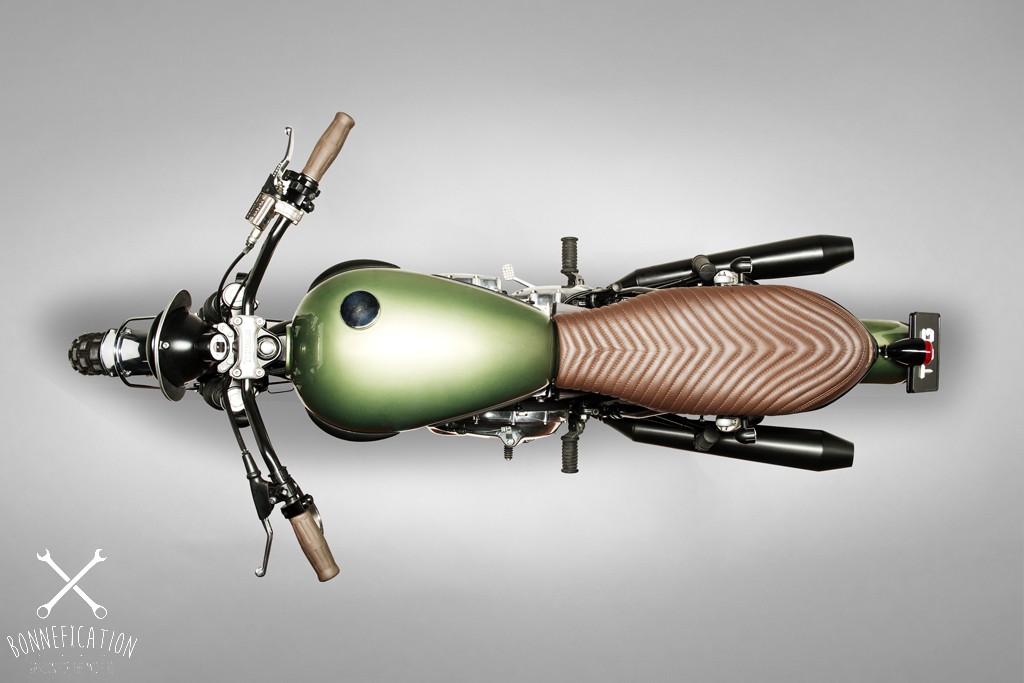 Not happy with just dancing and smootching together, the couple decided that they would also love to ride together and the idea for Triumph Hellzapoppin was born. An idea which would also allow the couple to take turns in riding the Triumph to and from work, but also on those more leisurely romantic trips to the country. Love is about sharing after-all and for some that does include the motorcycle…incredible I know! 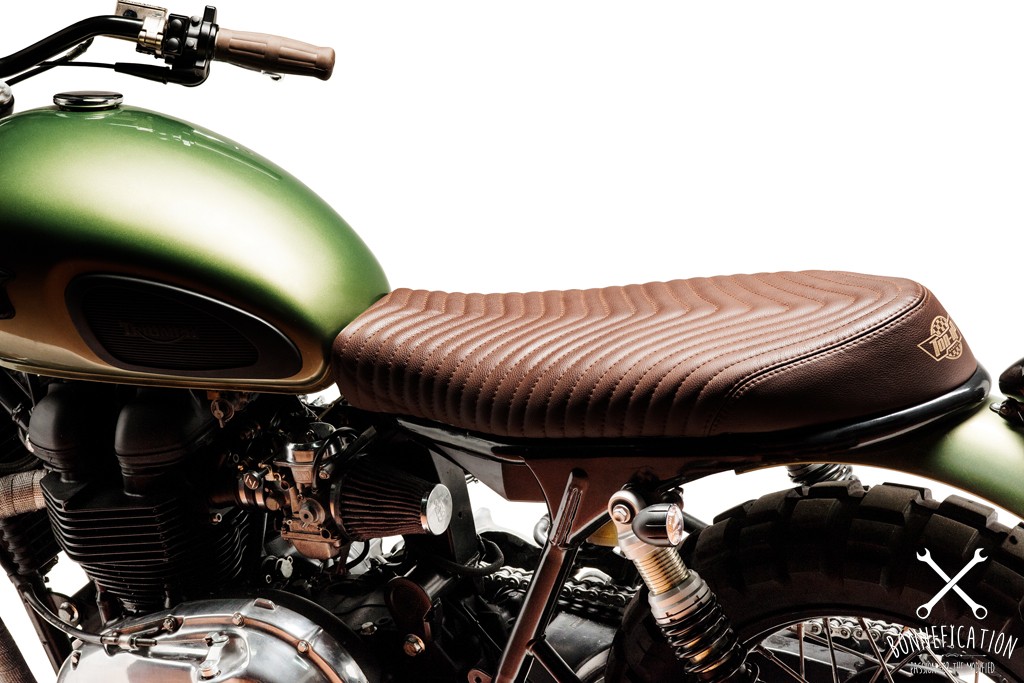 Based on a Triumph Bonneville, the guys at Ton-Up Garage chopped, welded and rewired the Hellzapoppin Bonneville in all the usual places, fitting a new beautifully crafted and stitched custom brown leather seat, with Ton-up stitching at the rear, along with custom mudguards front and back, with the front being chromed and the rear being painted green to match the tank. 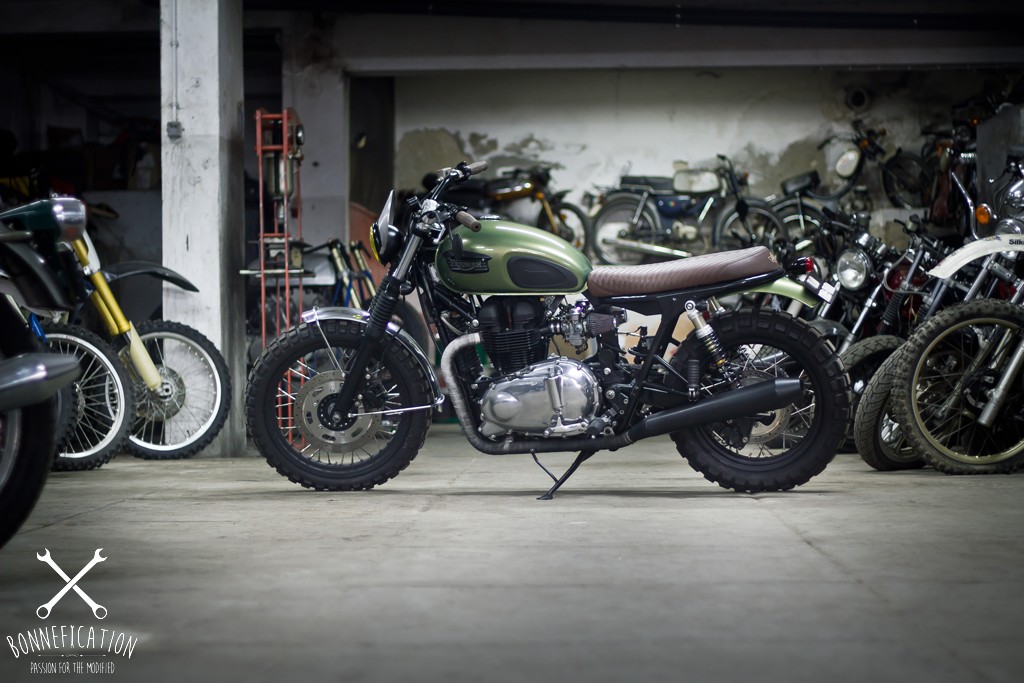 The stock front and rear lights have gone, with the front bottom mounted bates style headlight featuring a handy number-board fly-screen, which will come in handy keeping bugs from hitting the lovers in the face at speed  (a real downer on any romantic trip). The stock bars, grips, airbox/battery box have also been replaced, as have the stock indicators, with the switches and speedo being swopped for Motogadget items.

The original tyres also found the skip, with the Bonneville being re-shod with the super popular knobbly TK80’s. With the binning of the air-box, pod filters have been fitted and a new battery box fabricated, which houses a compact battery and all the electrickery. The Guys at Ton-up finished off the built with a new custom made exhaust which has been wrapped. The wheels are stock but have been coated black. – Overall yet another nice build from Ton-Up garage, lets hope the couple love each other as much as they may love the Hellzapoppin! 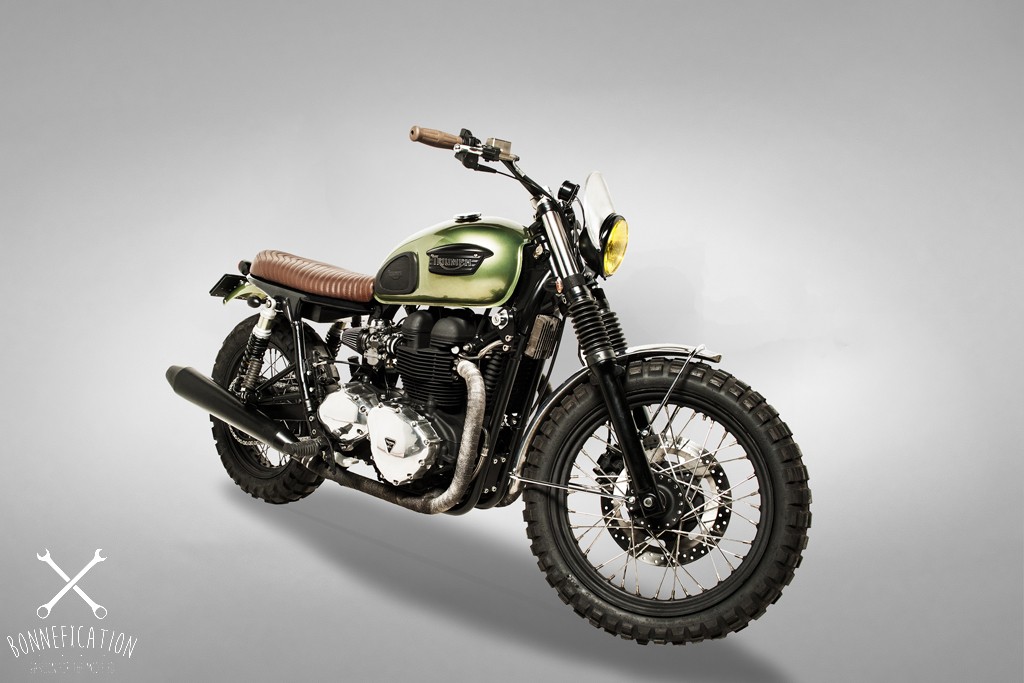