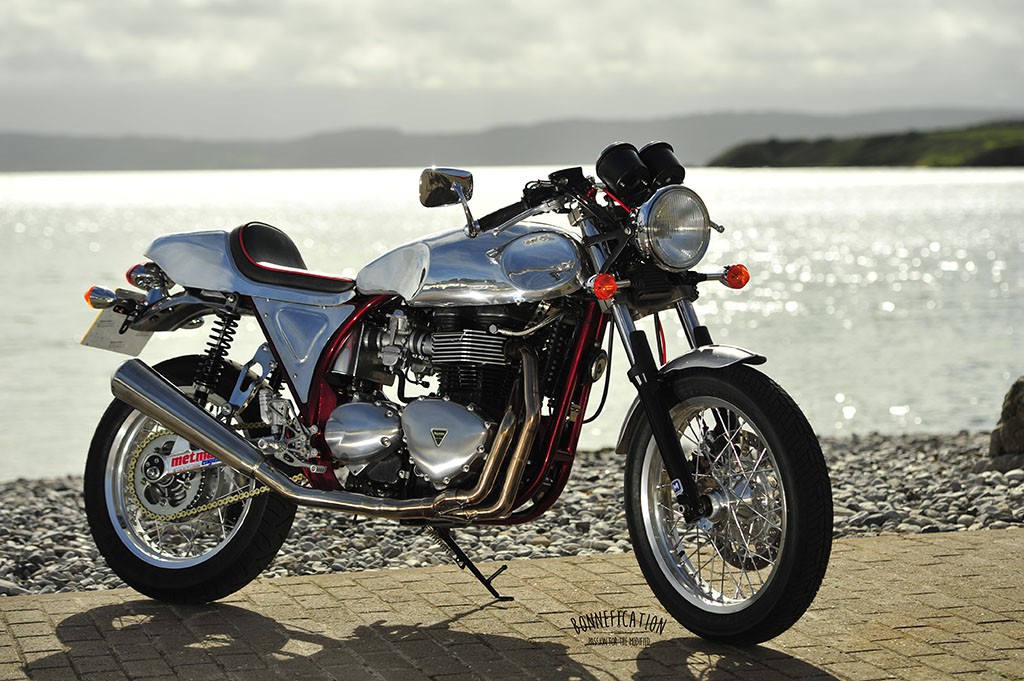 Maybe the Triton is the ultimate Triumph hybrid as well as being the ultimate Café Racer. A motorcycles crafted together from a range of part from the very best motorcycles of it’s generation. The Norton Featherbed frame was considered the the best of its day, as was the Triumph parallel twin engine. Married together, a true motorcycle legend was born. Fifty years on things have changed, but the combination of a Featherbed frame and the modern Hinckley Twin engine still ignites a flame in many people hearts. 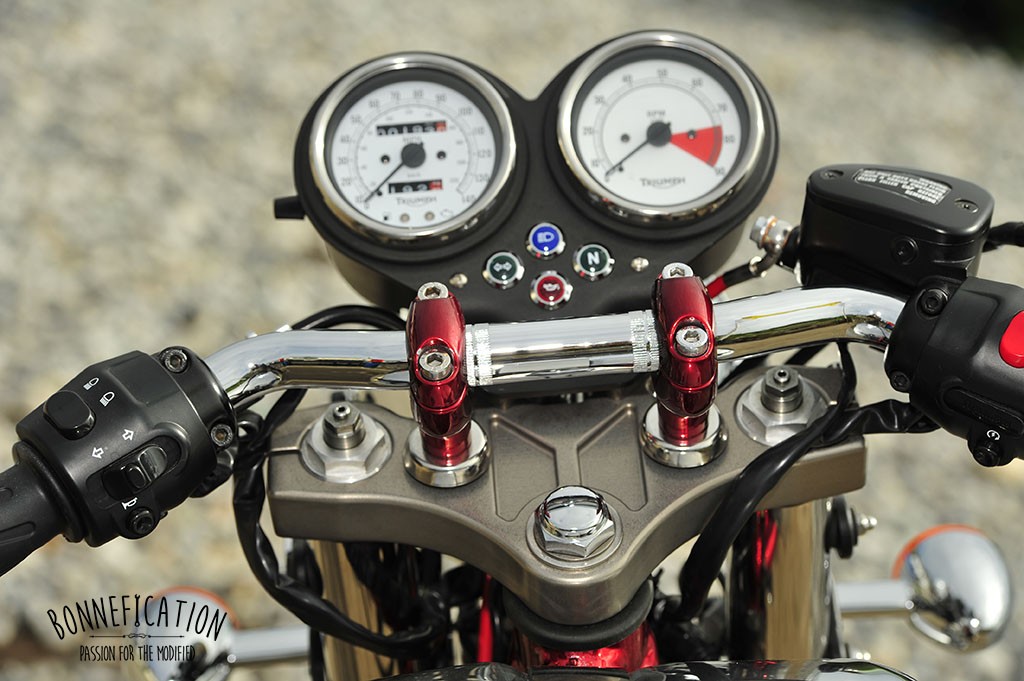 “As young men in the 60’s we wanted machines that emulated the Racers of that era, machines that handled well ,had more power and decent brakes, The Café Racer was born”.

This particular Hinckley Triumph Triton was built by 71 year old Tim Holland, who back in the sixties and early seventies built and raced Norton framed Café Racers and later went on to build Streetfighters, the modern day version of the Cafe Racer. 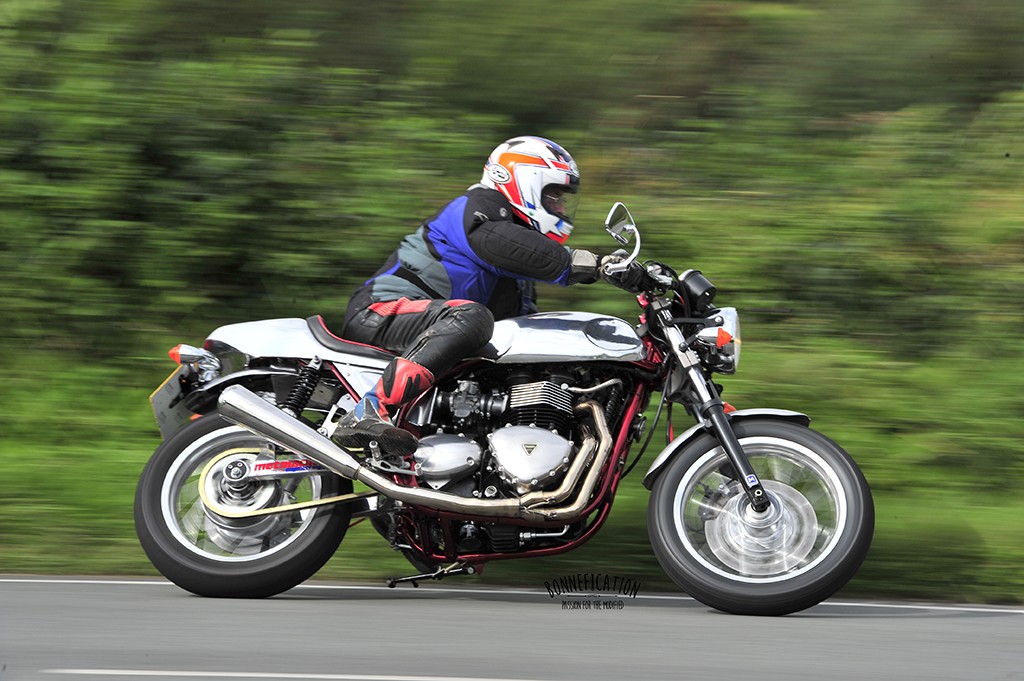 Even though Tim’s love for the Café Racer had moved on, his love for the Triton had not. Wanting to rekindle this love, Tim set about building another Triton, but this one was to be based on the Modern Hinkley Twin. First was to acquire an engine, though the modern Twin is similar in looks to the old Bonneville engine, it soon became apparent that a stock Featherbed frame was unsuitable for the job. 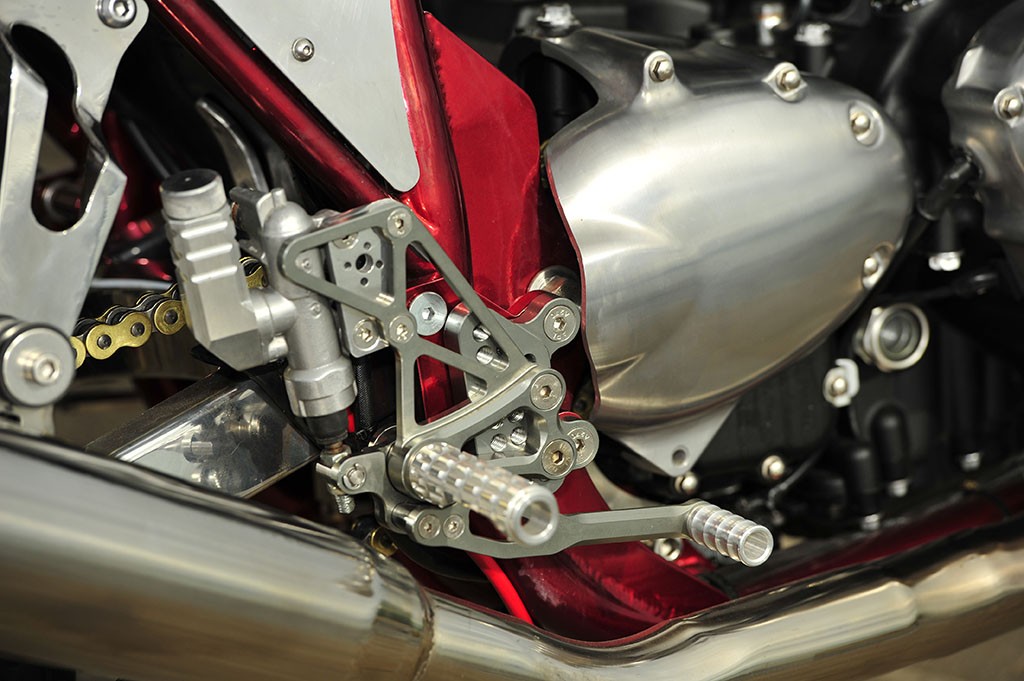 The T100 engine is too tall and the rear crankcase too wide. Therefore a new frame had to be sourced. Burgess Frames came to Tim’s rescue, constructing the frame from bronze welded T45 steel tube.  The boys at Metmachex were given the frame with engine in situ to construct a suitable swing arm and a set of front yolks. Next stop Maxton Suspension where the guys who manufactured the rear shocks and re-valved the front forks. John Williams of the Tank Shop, fabricate the stunning  Tank, Side panels and Seat and Cowl, beneath which is housed the battery. Tim tell us that “the electrics were somewhat of a minefield as modern machines rely on various sensors and other bits and pieces which of course you have to hide”.

Tim needed to construct the Air box , rear mudguard and all the bracketery, as well as modifying an after market exhaust system. To comply with lighting regulations, Tim used a few OEM components including the tail light and indicators, with the rectifier along with the stock speedo and rev counter. The racing rear sets were made by Steve Rigby from Sprintek. After Tim had completed a dry build, the frame was sent off to be powder-coated by John from Menai Powder Coating.

Tim tell us that  “the machine handles really well, being quite a lot lighter and more agile than the original Thruxton and basically that’s where it all started”

Overall a great looking and well finished machine, a real credit to Tim and all those involved. My thoughts, for what they are worth, is the use of the stock rear light and indicator assembly and hiding the custom yokes behind the rectifier and dials is a bit of a shame. nethertheless, what a beauty!