Three years ago Michael Graham purchased this 2005 Triumph Thruxton as his first bike. At the time it looked nothing like the bike you see here today. It sported a few of the usual basic upgrades, but it was nothing special. For Michael, this Thruxton was never going to be ‘just a starter bike’, but at the time Michael had absolutely no idea just what direction the bike was going take him in. 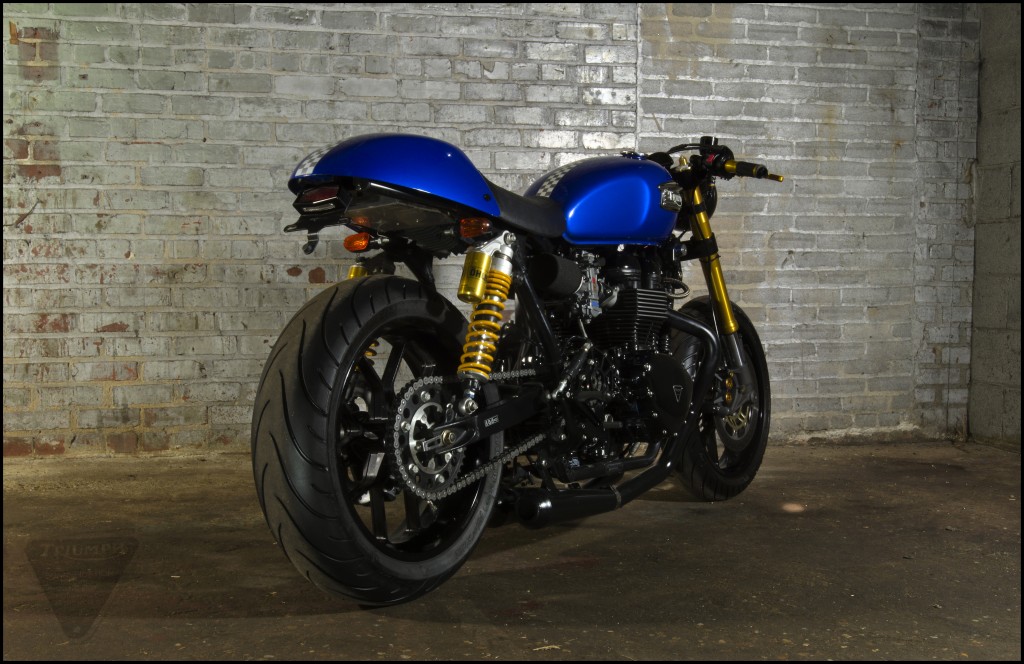 The Thruxton quickly became a daily rider, like many of us it didn’t take long before Michael started to make a few changes of his own, starting with removing the rear mudguard and replacing those hideous stock indicators for something a little more tasteful. Next to go were the wheels, being replaced with some Carrozzeria items. Michael says, ‘That was the first bit of performance items on the bike. It drastically changed the handling for the better’ and so, like many Triumph Twins, it’s owner was bitten with the modifying bug, and it seems this ones was bitten bad! 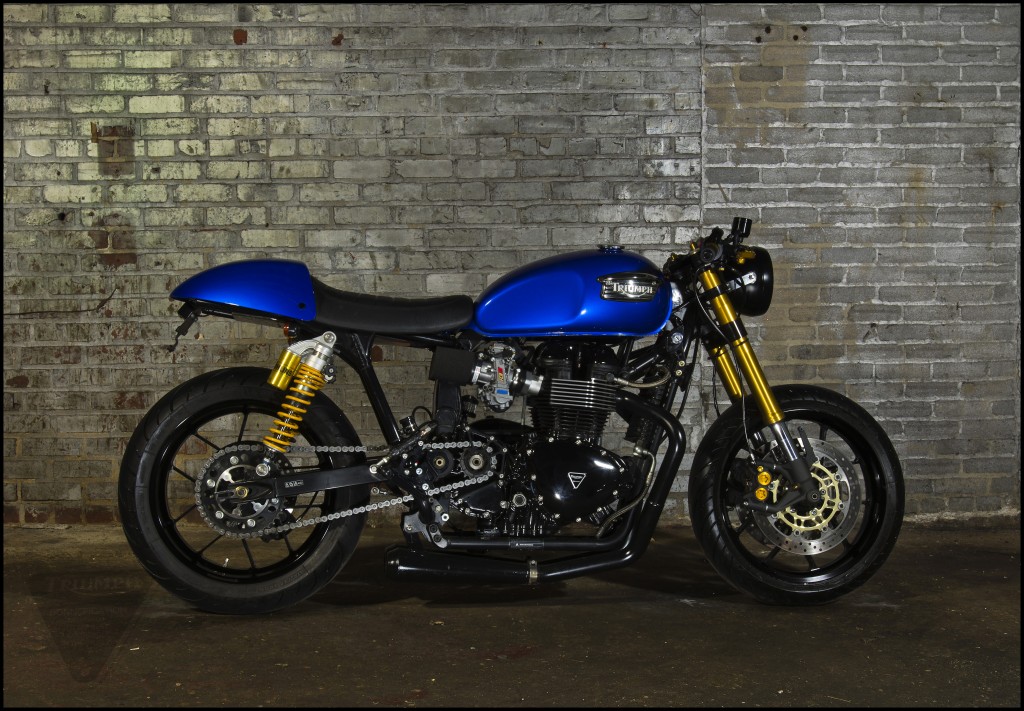 The Thruxton continued it’s life as a daily commuter, being tweaked every now and then. Then one day, Michael thought it would be a good idea to see if he could graft the front of a Daytona 675 to his Thruxton (as you do). A Daytona was sourced as a donor bike, and was stripped of what was needed, selling what wasn’t. Michael admits ‘It was a struggle to get everything to mesh. Wires had to be rerouted, new steering stops drilled into the bottom triple, odd size bearings’ – Once the bike was back together, Michael took his new ThruxTona for a ‘shake down’ and in his own words says ‘the bike truly came alive. The bike was quick and agile and braking was quite fierce. Then the need for more power came’ (uh-Oh!) 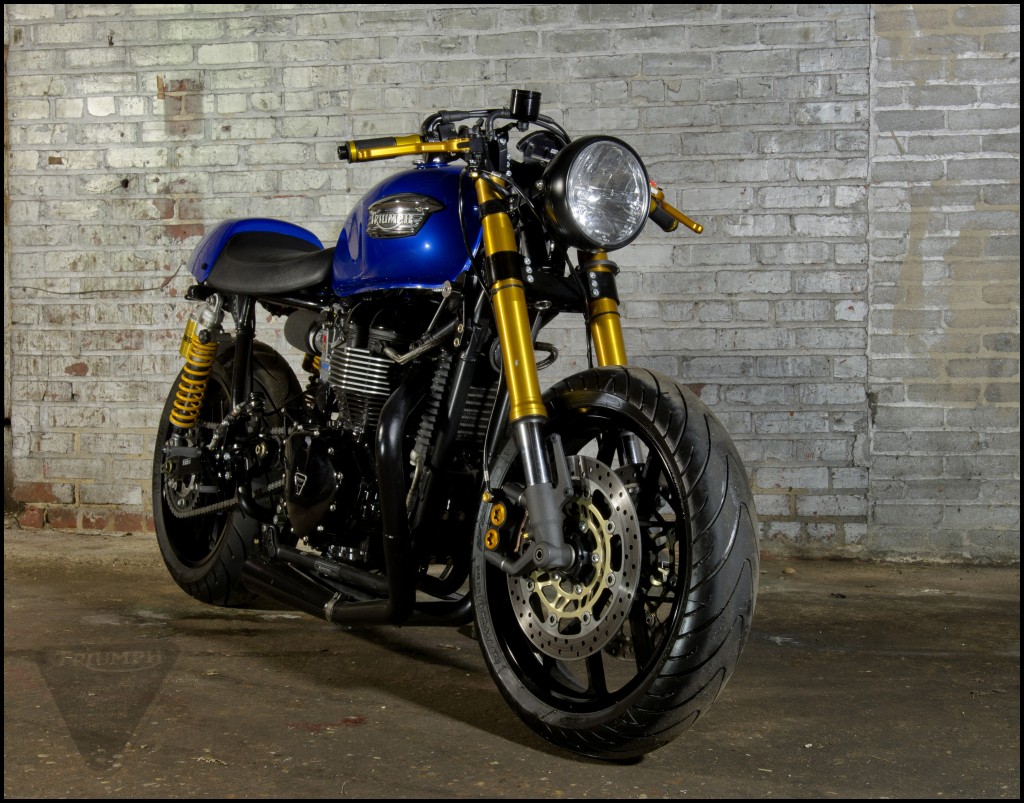 At the end of last year the ThruxTona was striped down for it’s final round of modifications. To get more out of the stock 865 engine, FCR 39 Carbs, D&D Exhaust and Race Cams were fitted and the Igniter remapped. The bike also went on a massive diet, all unnecessary wiring was removed, and the remaining harness was neatly tucked away underneath the seat. The passenger foot-pegs and brackets were removed and new rear-sets were fitted. To cope with the added power the front brakes were upgraded using items from a Yamaha R6.

Michael says ‘It was one of the most enjoyable and frustrating projects i have ever undertaken. Im working on a custom tank for the bike and going to bore and stroke the engine in the near future.’

I think you will agree the end result is pretty spectacular, can’t wait to see what Michael does next. 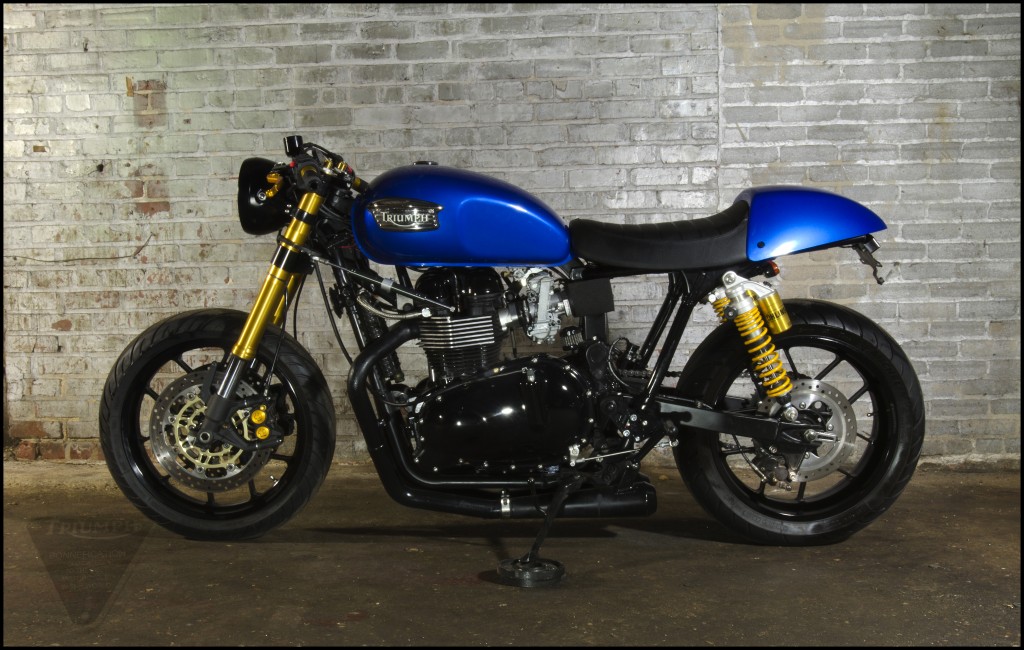