This 2010 Triumph Thruxton, belongs to Scott Rhymer, who lives in Albuquerque, New Mexico. Scott loves being out in the environment, and riding the twisty challenging Sandia Crest Road, and along sweepers and vistas of the Valles Calerda. Scott, like many of us enjoys the isolation of riding, ‘You don’t have people yakking at you, no cell phones to answer, no radio’. Having looked-up Albuquerque on Google Earth, I can see why he loves riding there so much. I thought a naked Triumph Scrambler might be a lot of fun on some of those backroads.

Scott started riding back in 2000 on a 50cc Aprilia, quickly migrating to 500cc single so he could get out of town, and on those twisty roads. When the 500cc wasn’t enough Scott moved on again to a succession of Triumph Triples, three of them to be exact. Scott liked the look of the Bonneville’s, and constantly thought of buying one. 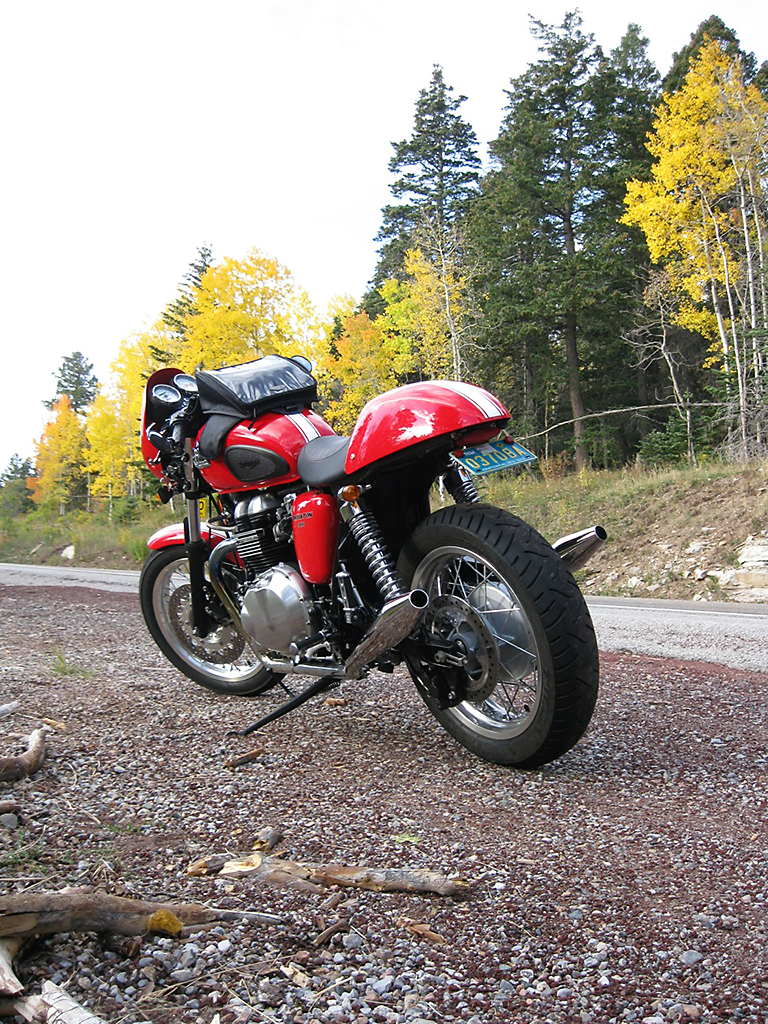 Then one day while getting his 2010 Street Triple new Tyres, and just for fun, he test rode a Thruxton with just 1350 miles on the clock. Taking the Thruxton out on the windy mountain roads was enough for Scott – he admits ‘I was faster on it than my Street Triple, loved the balance and the way it communicated to me when riding’ – Scott bought the bikes and called her “Trixie” as the paint scheme evoked a ’60s flair that brought to mind Speed Racer’s girlfriend. 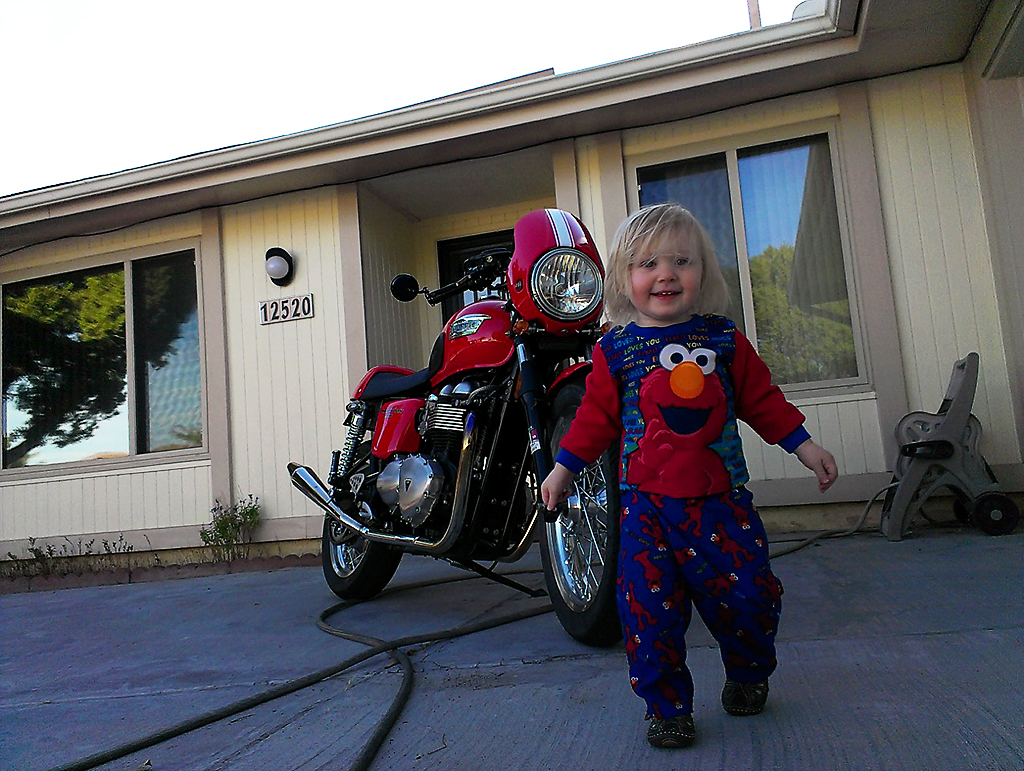 Scott now wants a Bonnneville to modify ‘go for a cafe/street tracker look: no fenders, all black or matte,shorty pipes with airbox removal, better cams and suspension, and have one of those bus decal paint places do the tank in my clan tartan’.

Let us know how that goes Scott, we would love to see it when it’s done. 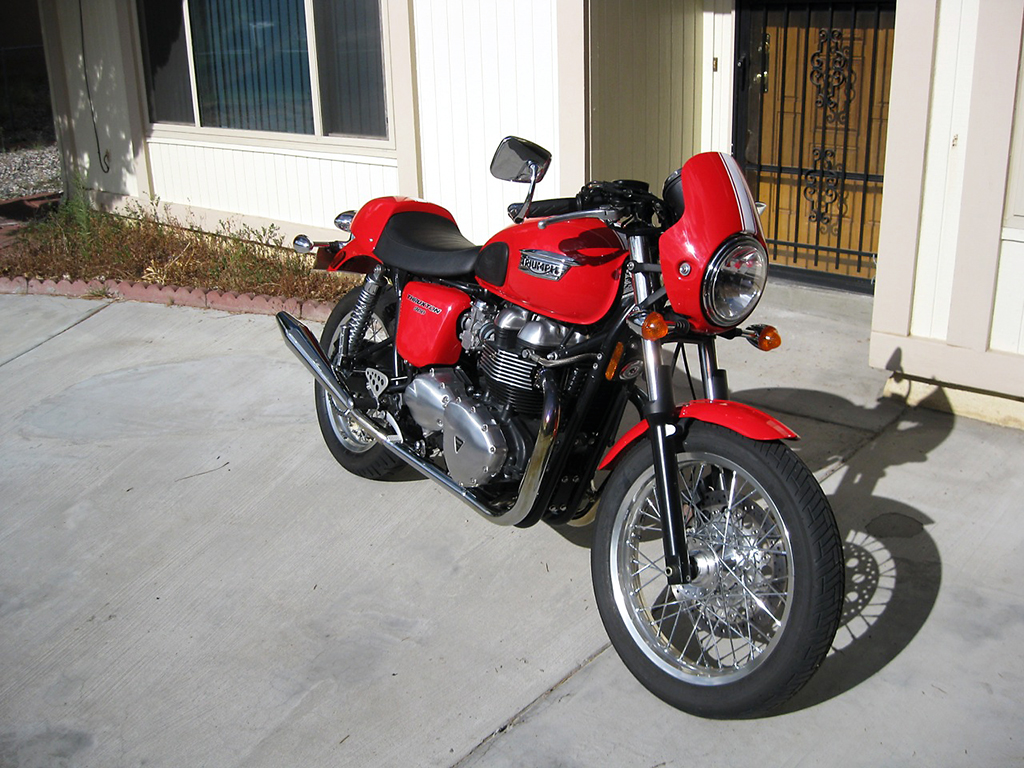 Next up is probably Hagon rear shocks and Gold Valve and Progressive springs on the front.