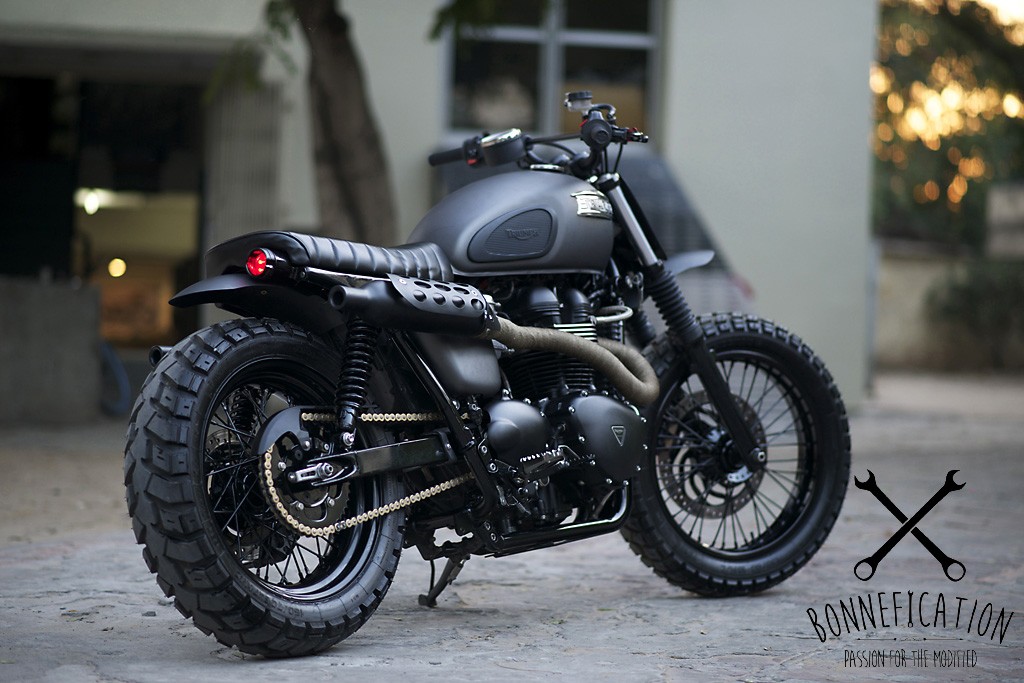 The Triumph brand is gaining a much deserved following in India, a country which is very much in love with the home grown Royal Enfield. To help promote the British brand at IBW (India Bike Week) in Goa on 20th and 21st in February this year, Triumph India commissioned the guys at Rajputana Customs to build them a show-bike based on the Bonneville, one of the Triumph models which is now being assembled at the new Manesar factory. 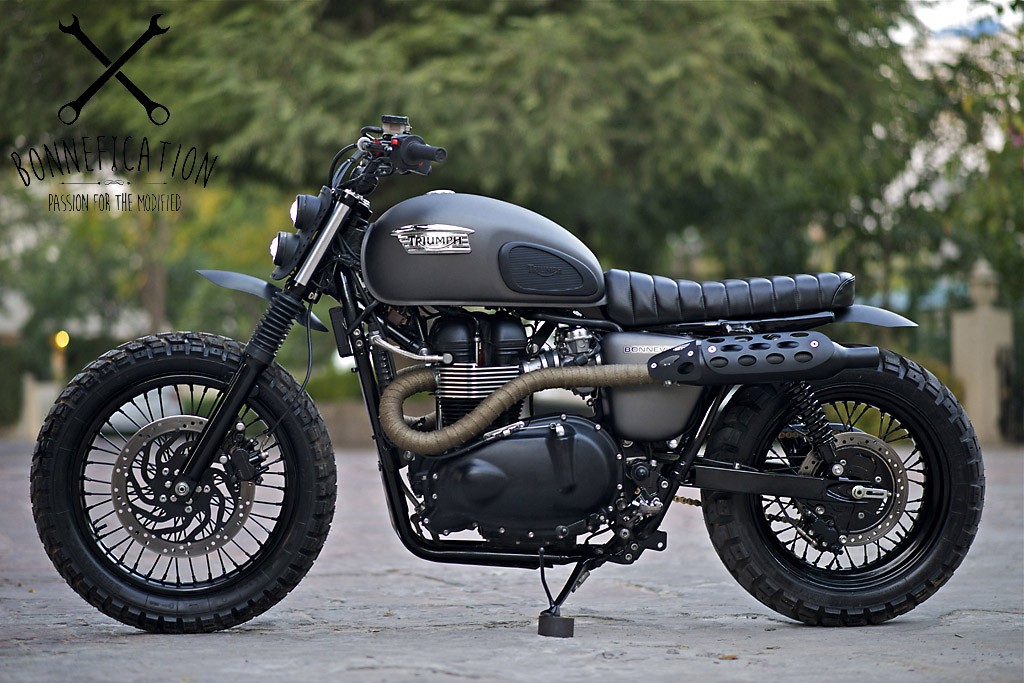 Staring with a new 2015 Bonneville the guys at Rajputana Customs chose to build a Street Scrambler, the perfect bike for those Indian roads. A style of bike which is also probably better suited to India than here in the UK. The frame of the Bonneville was shortened a few inches and the rear peg mounts removed.  The rear mudguard was replaced with a custom item which was painted stain black and fitted with a LED tail-ight. The front mudguard has also been replaced and  attached to the bottom yoke giving the front end plenty of clearance. As you would expect with a chopped frame a custom seat needed to be fabricated, which was then covered in black Leatherite and finished in a sumptuous quilted effect.

Giving the Bonneville that Scrambler look, Heidenau K60 off road tyres (130/18 at front and 150/17 at the back) have been fitted onto Stainless Steel, 40 spoke, 4.5 inch rim (Rear) and 3 inch rim (Front) laced to hubs made in-house. A custom made race-plate, with meshed LED head light helps to give this bike a shorter profile and also give the bike a much more aggressive off road appearance.

One idea when modifying the Twin is using parts from other Triumph models as many parts are interchangeable. This may not be the cheapest option, but its certainly not the most expensive either. It also helps with you have those parts on tap from the local Triumph Factory. On this occasion Triumph Tiger off road foot-rest and short adjustable levers from the Triumph Tiger 800XC have been swopped for the stock items, with the levers being fitted to a modified Triumph handlebar (1″ braced MX bars not being that easy to find) This was then finished off with a set of Renthall Motocross Grips, with the speedo being fitted to the bars using a custom mount.

One really nice touch on this build is the exhaust system, which uses a set of custom made headers, which have been wrapped and fitted with mufflers from a 2104 Scrambler, a bike which as ye is not available in India, so a set had to be ordered from the UK, these have then been fitted with custom made heat guards, and finished in black powder-coated to match the rest of the bike. 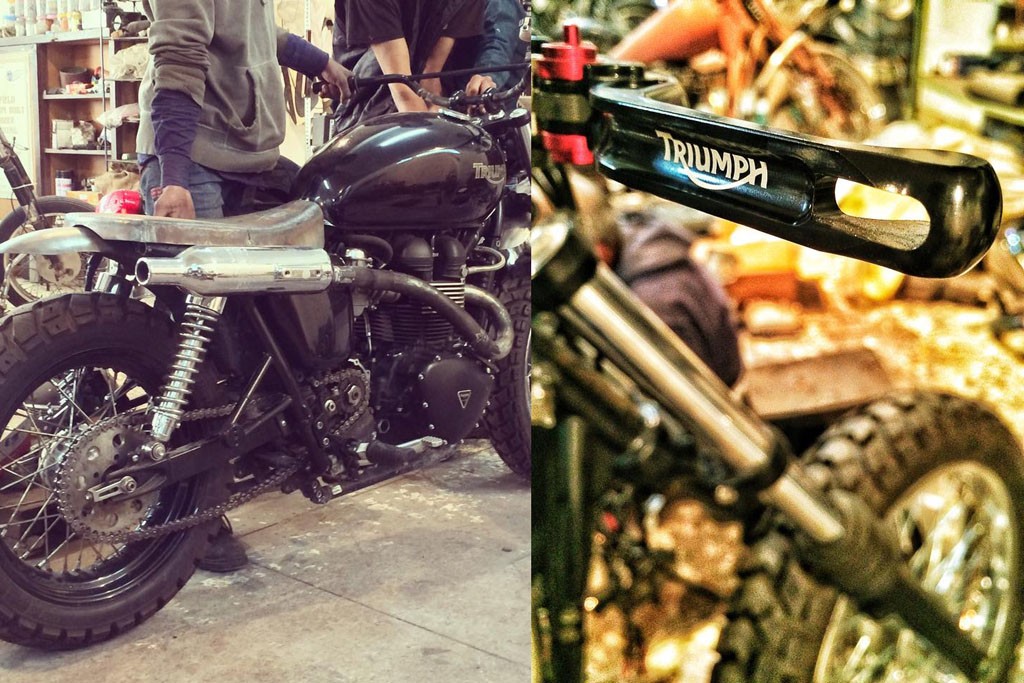