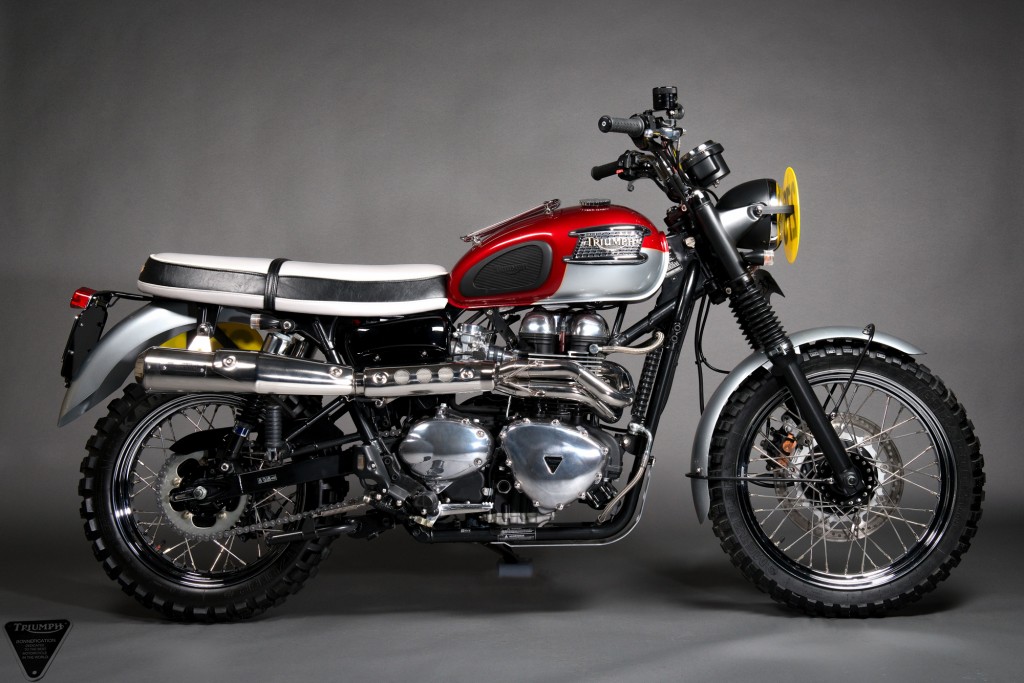 Steven Heglar founder of Modern British Designs is the man behind this homage to Steve McQueen and his 1964 ISDT Triumph TR6 SC. Steven grew up in Southern California and like McQueen, rode motorcycles on the dirt tracks of Indian Dunes. His first job was at the legendary racetrack of Ascot Park and his first motorcycle regrettably wasn’t a Triumph, but a 1969 Yamaha CT1 175 which Steven’s uncle had used to compete in the Baja 1000 of the late sixties and seventies. It was through these experience that Steven’s love of motorcycles was formed. Thanks to his grandfather, Steven is also a long time McQueen fan, who as a child, would phone him up every time Bullitt was on television so the pair could share every engine-growling, wheel-spinning heart-pumping second of the legendary car chase. Later, after leaving College, Steven joined the LA Police Department and became Homicide Detective. Clearly life imitating art. 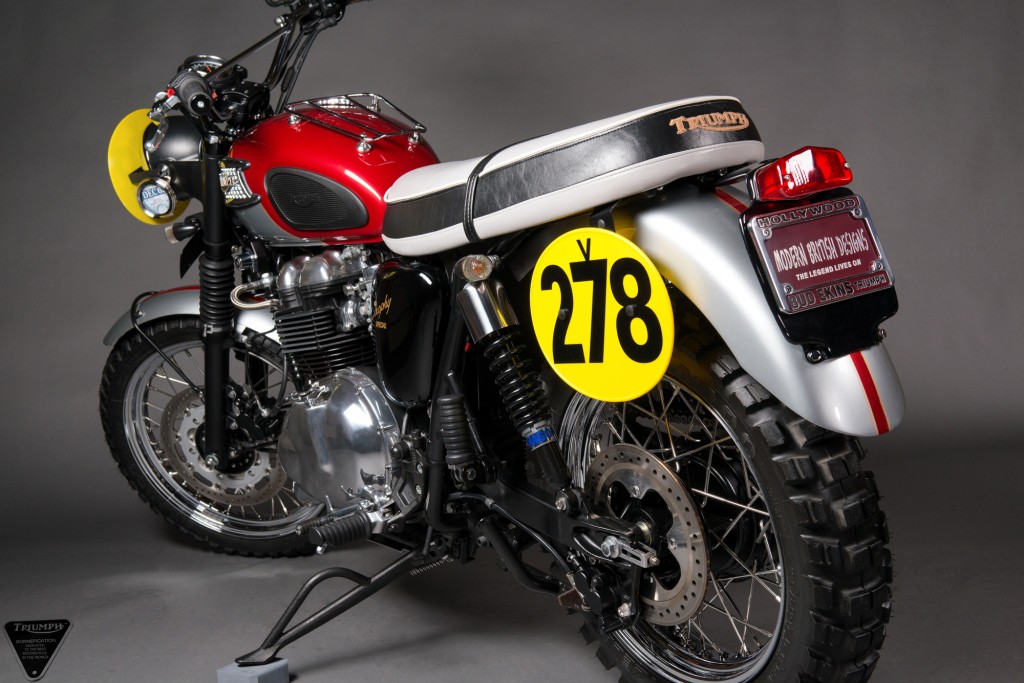 Triumph’s didn’t turn up on the ‘scene’ until much later and like the plots in any good murder mystery, It was a string of event lead to Steven test riding a new Triumph Bonneville, as Steven confesses “I was 14 again riding that Yamaha 175. I was captivated and immediately made the decision to purchase one.” On retirement from law enforcement Steven and his wife took the decision to develop their passion for modifying motorcycles and their love of the Hinckley Twin and began developing after-market parts and accessories, establishing Modern British Designs Incorporated in 2009. 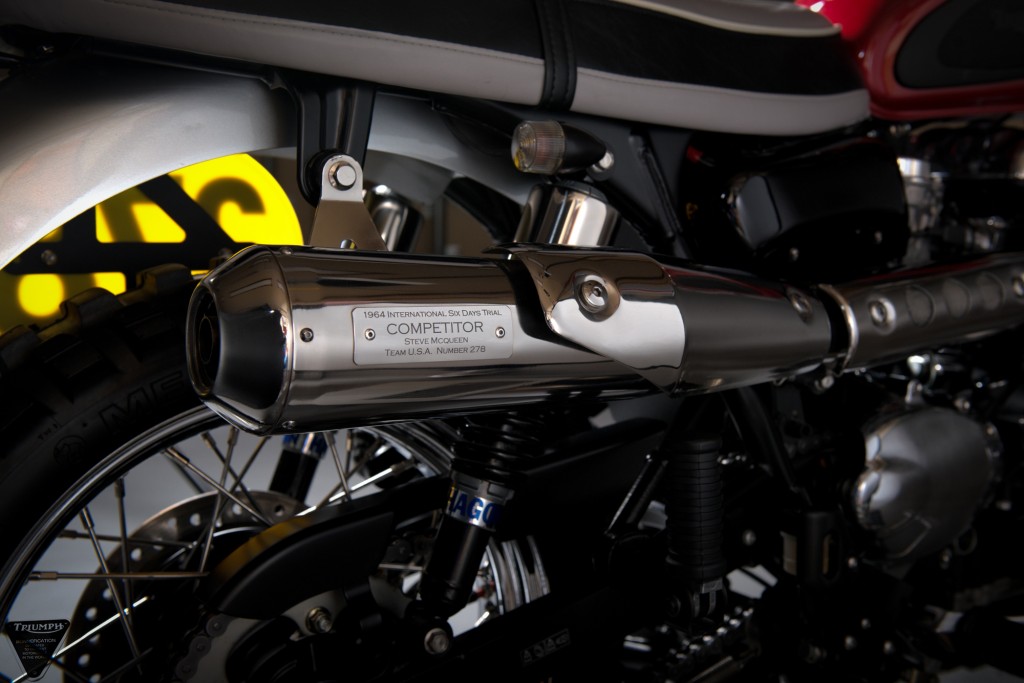 It was this joint love of McQueen and motorcycles that lead to MBD creating this remarkable homage using a 2007 Triumph Scrambler, parts from the MRD catalogue and a lot of attention to detail. At first glance and perhaps if you were slightly unfamiliar with the real thing, I believe this bike would have you fooled. Ok the pipes are not right, or is the seat the right colour and so on, but then, this isn’t McQueen ISDT competing Triumph, and I doubt many of us could afford it if it were, so lets not get picky. This is a superb replica based on a modern Triumph Scrambler which completing the job that Triumph started. So perhaps, Art now imitates life. 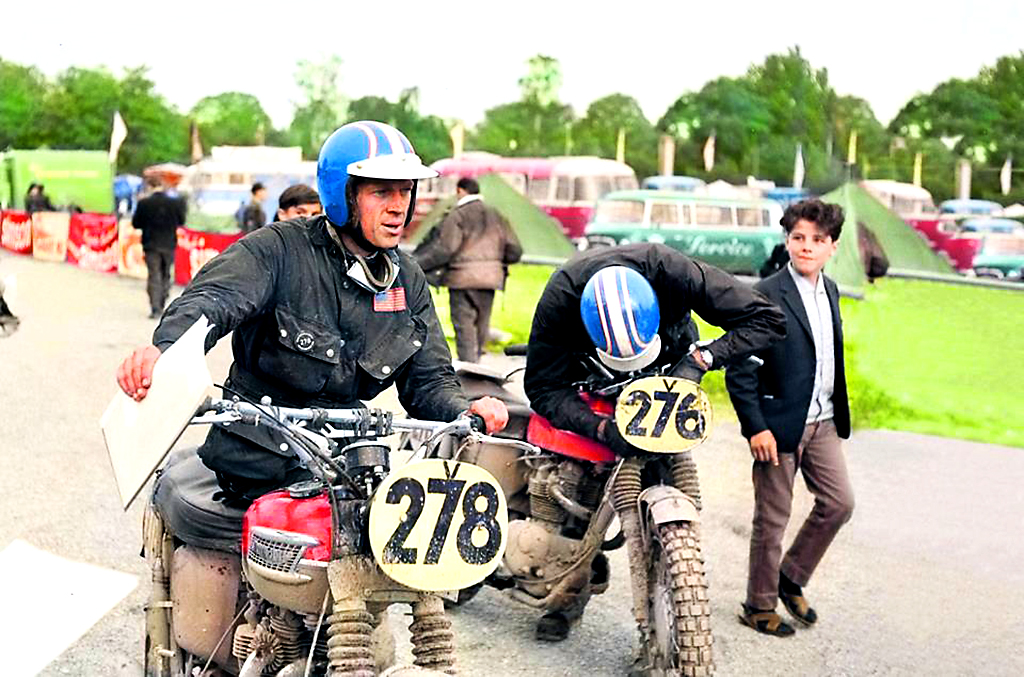 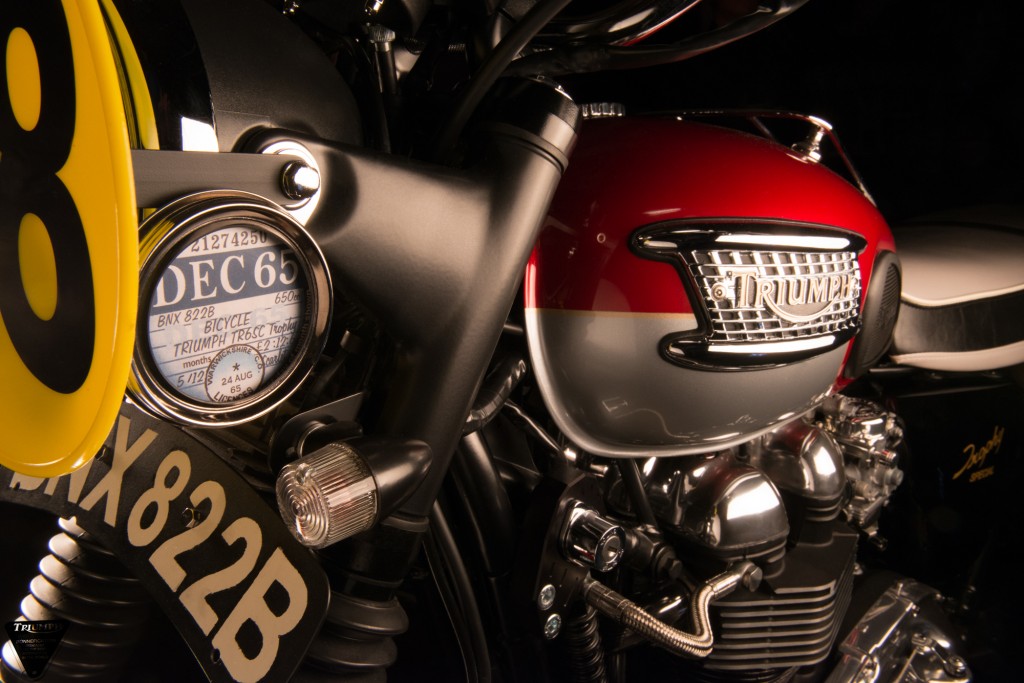