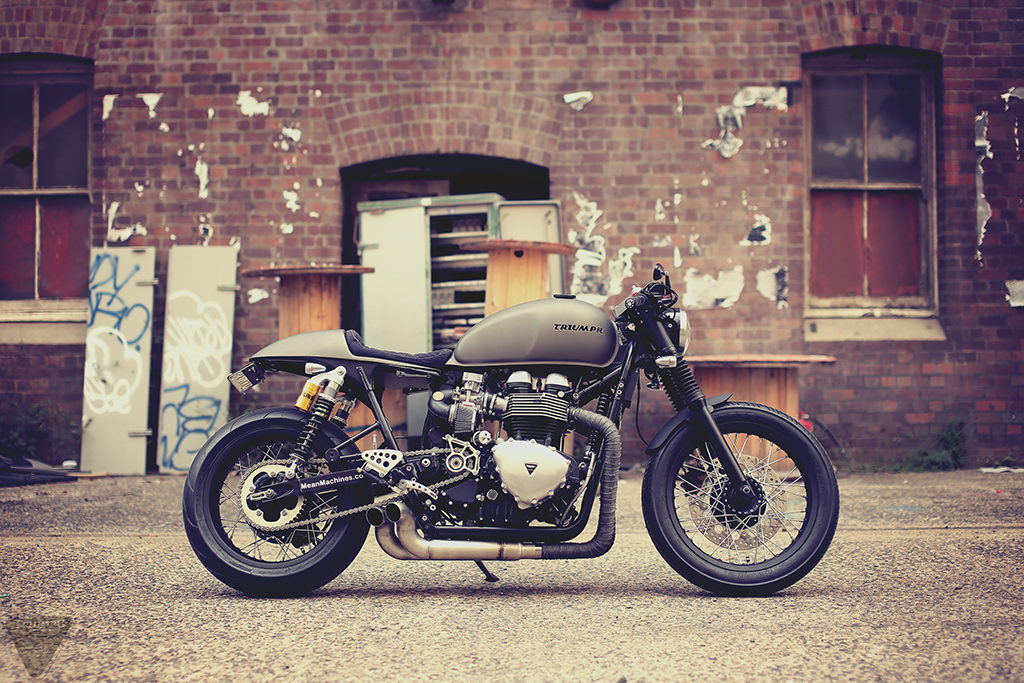 What more can be written about Wenley Andrews of Mean Machines Sydney which hasn’t already appeared on other motorcycle websites. Wenley is a very popular chap, not surprising considering his work, which has appeared on BikeExif, Pipeburn and of course Bonnefication since 2012 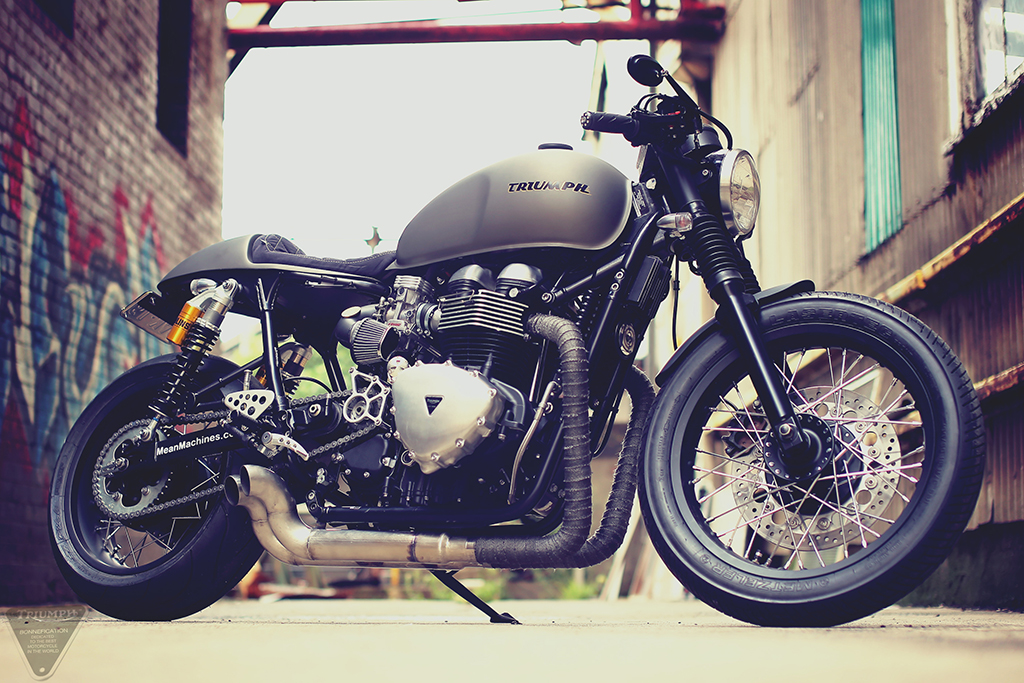 Perhaps one day Wenley will be working on Mean Machines full time, as clearly the bike building business is good. But, busy as Mean Machines is Wenley still has time for friends, especially when they too want a bike built. This particular bike is for Wenley’s mate Luke and is based on a brand new Triumph Thruxton. 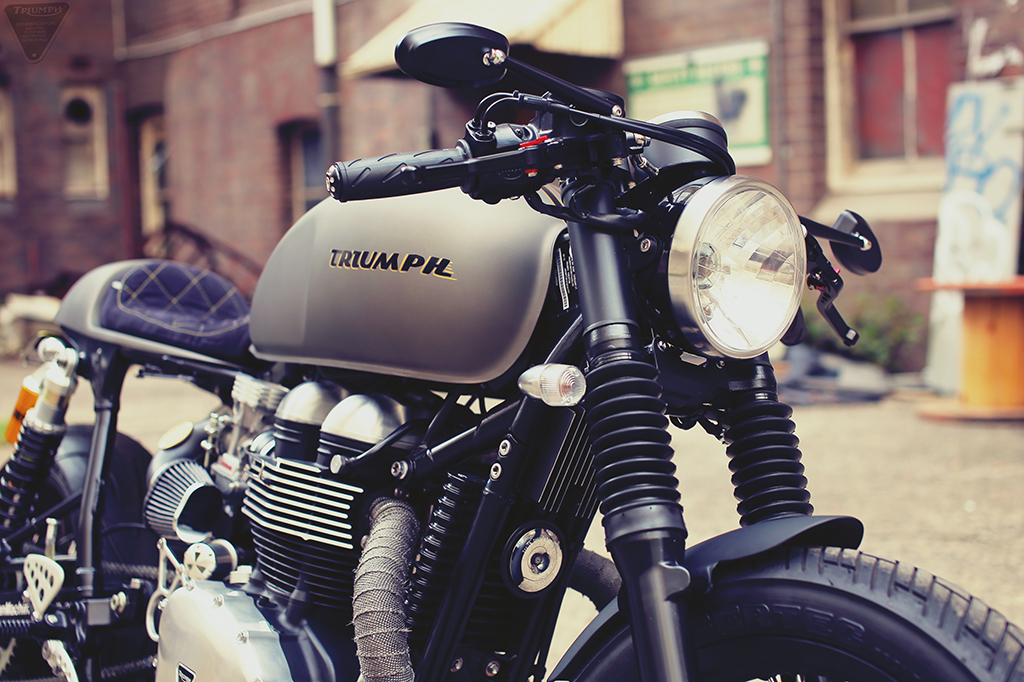 So what been done to ‘Buster‘ … to start with the Thruxton’s frame has been shortened and a bespoke one-off Cafe Racer (Buster) seat fitted. Both seat and tank have been painted in custom (going to use that word a lot) matt grey paint with gloss black GT stripes and gold accents. The seat has been covered in sued with a very nice diamond stitch pattern. 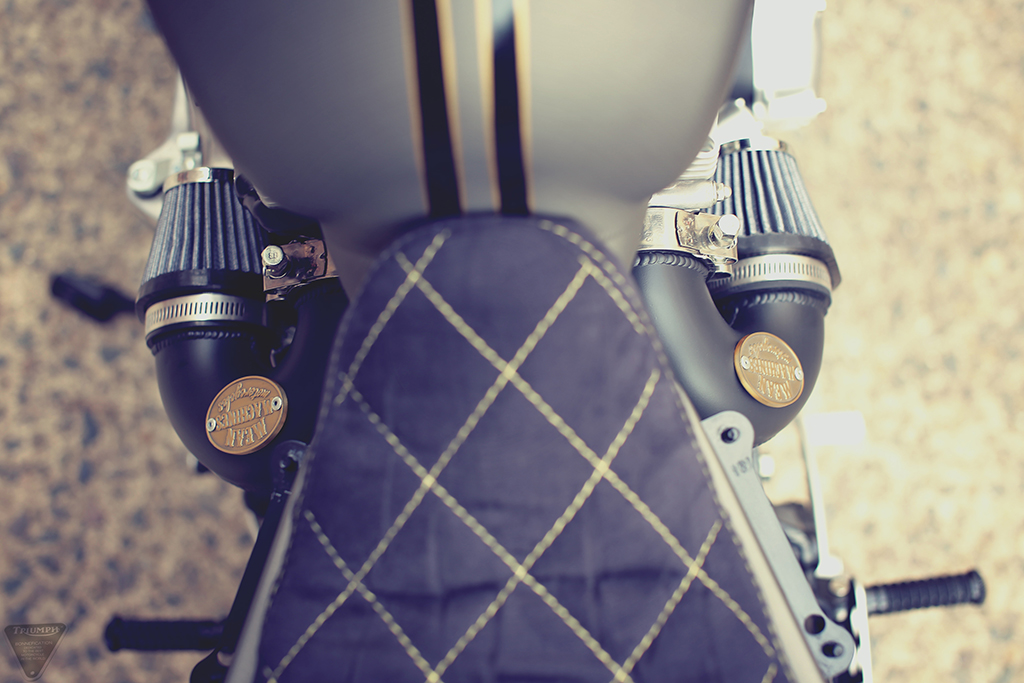 As you can see the battery/airbox has been removed and the bike rewired with a ballistic battery replacing the stock item which has then been relocated. The carbs sport LCF carb caps and custom 180 degree race pod filters. There is also an LCF oil filler cap to match those carbs. The engine also wears a JG custom sprocket cover and custom stainless mufflers. 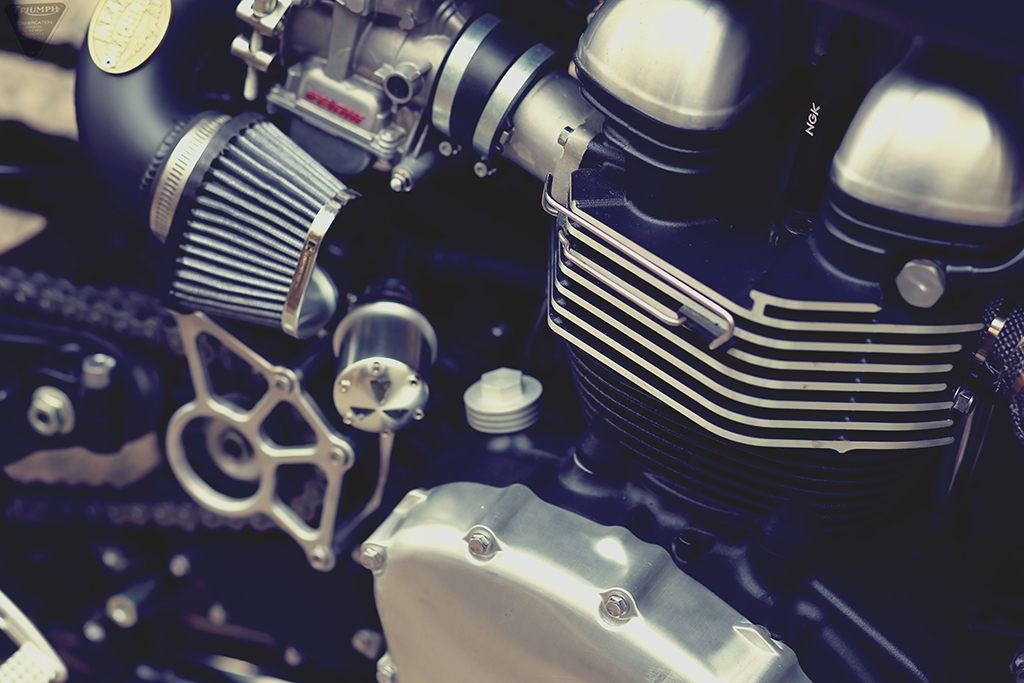 At the front of the bike is a custom CNC top yoke and custom speedo housing, which supports the stock Triumph speedo. The front 6″ light also gets the custom treatment with a fork-cover/light mounting brackets. 1″ Clip-on finish off the Cafe Racer look. 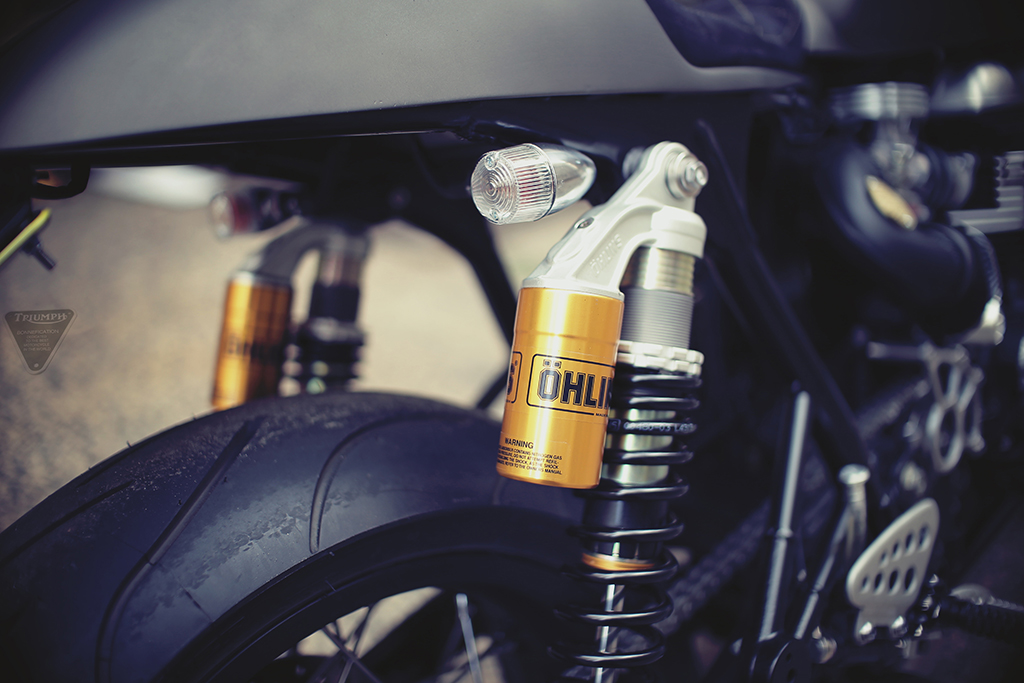