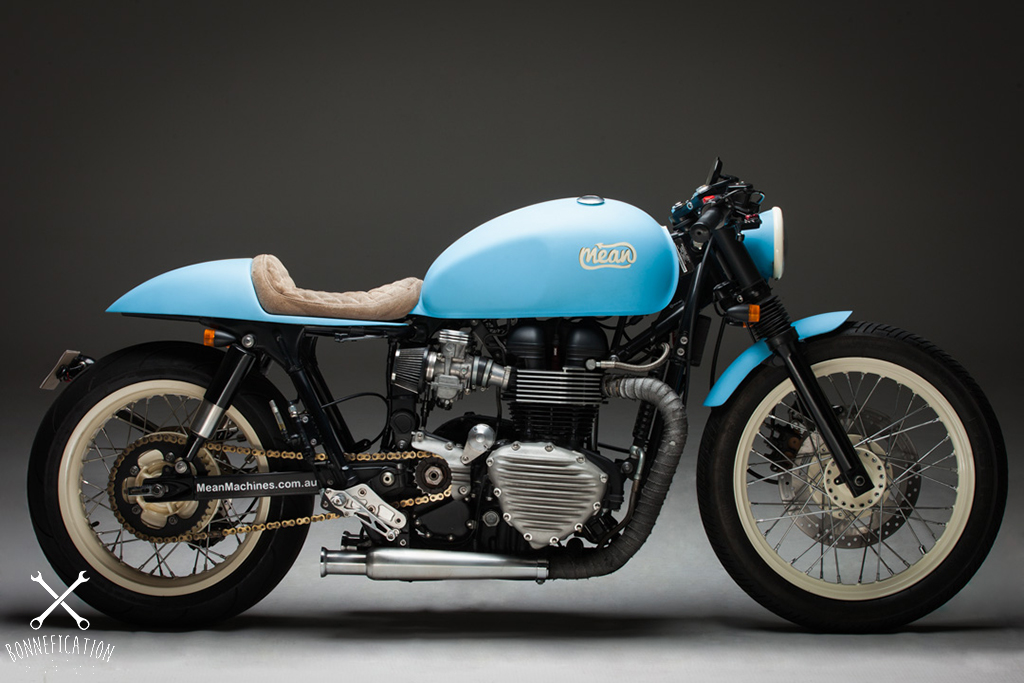 Wenley Andrews of Mean Machines Sydney is making a bit of a name for himself with his beautifully put together motorcycles and his latest build based on a 2008 Bonneville is no exception. The ‘Moose‘ dressed in Baby blue with gold stripes sits a lot lower on it 300mm shrouded rear shocks, cream wheels and vintage style tires, with a 180 at the rear. 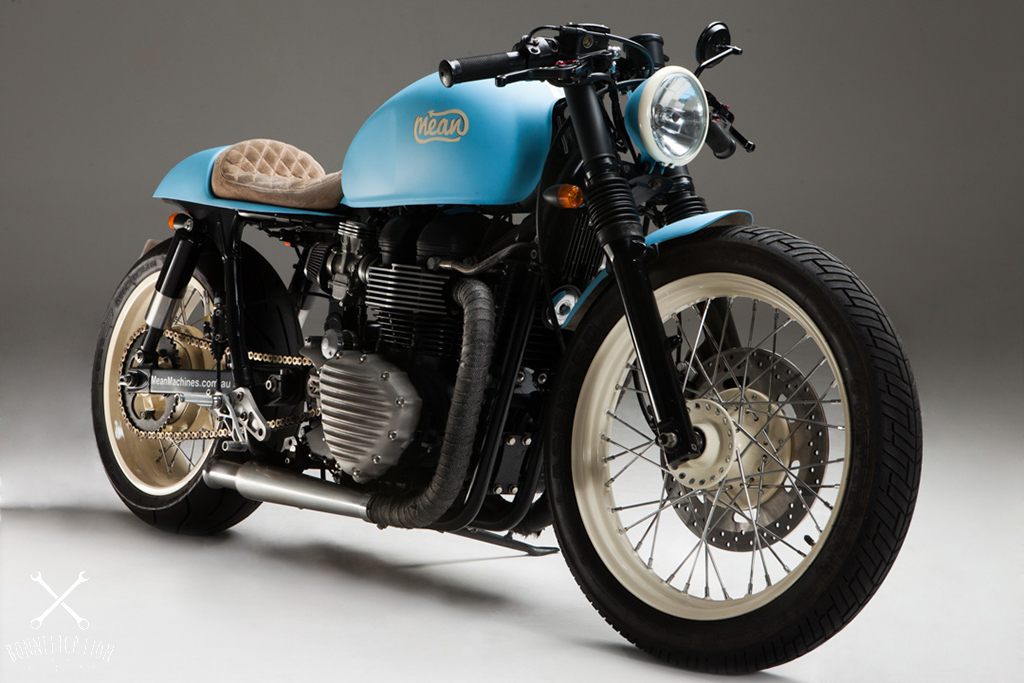 Lowering a Bonne can make them appear even longer and to counter this Wenley shortened the Triumph seventy plus millimetres and fitted a custom fibreglass seat cowl, with a brown suede diamond stitched seat which goes with that baby blue paintwork beautifully. Not wanting to ruin the lines of the seat cowl, Wenley took a cue from modern motorcycles and mounted the tail-light and number plate to behind the rear wheel which was also to avoid the bike bottoming out as there is not a lot of room in there.

While Wenley was at it the battery/airbox went the same way of many others and found the skip being replaced with a lithium battery relocated under the new seat cowl along with all the other electrics normal found bolted to the airbox, though I imagine not the allen key. Upfront the slammed and blacked out forks are wearing fork gaiters and fork sleeves along with a contrasting Baby blue 5.5″ Bates style bottom mounted headlight. The Moose has all been fitted with mini indicator, with the rear fitted to the shock mounts and the front being located behind the yokes instead of in front, which make a big difference to the lines of the bike when fitting a smaller headlight . 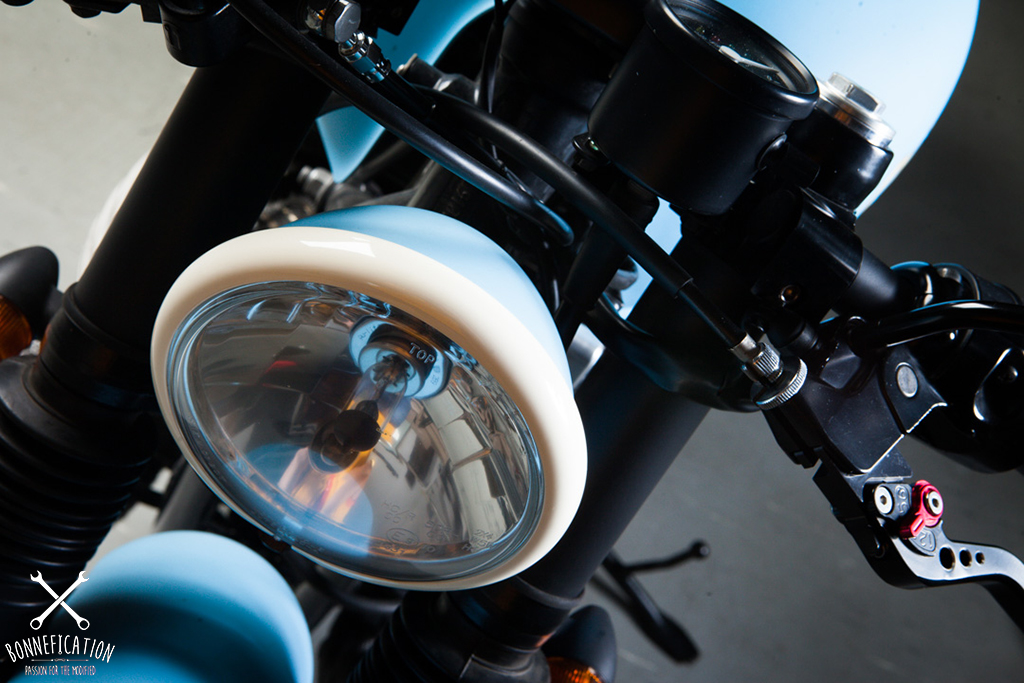 No Cafe Racer should leave home without Clip-On which Wenley has fitted with stock switches and classic Amal grips, which may of been better in brown…just saying. The bloated stock Speedo has gone being replaced with the popular Yamaha XS650 mini speedo in black. The engine hasn’t  been overlooked being fitted with a Speed Merchant Covers and Cocktail shaker end cans with wrapped headers.