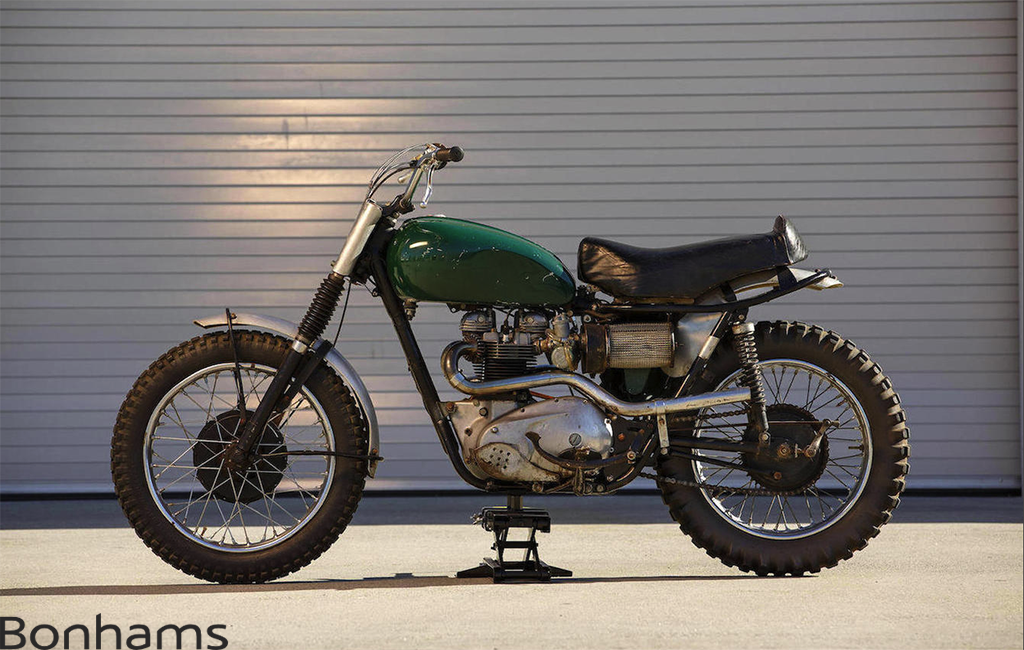 In November of last year Bonnefication reported that Steve McQueen’s 1963 Triumph Bonneville ‘Desert Sled‘ which was built for McQueen by Bud Ekins and painted  by Kenny Howard (Von Dutch) was coming up for sale on the 7th Jan 2016. Unfortunately I didn’t manage to win the lottery over the Christmas period, so I didn’t get to travel to the Bally’s Hotel & Casino in Las Vegas to make the winning bid of US$ 103,500 (£70,991) inc. premium, up from the bike previous winning bid of US$ 84,240 (£55,843) inc. premium when it sold in 2009…. gutted! 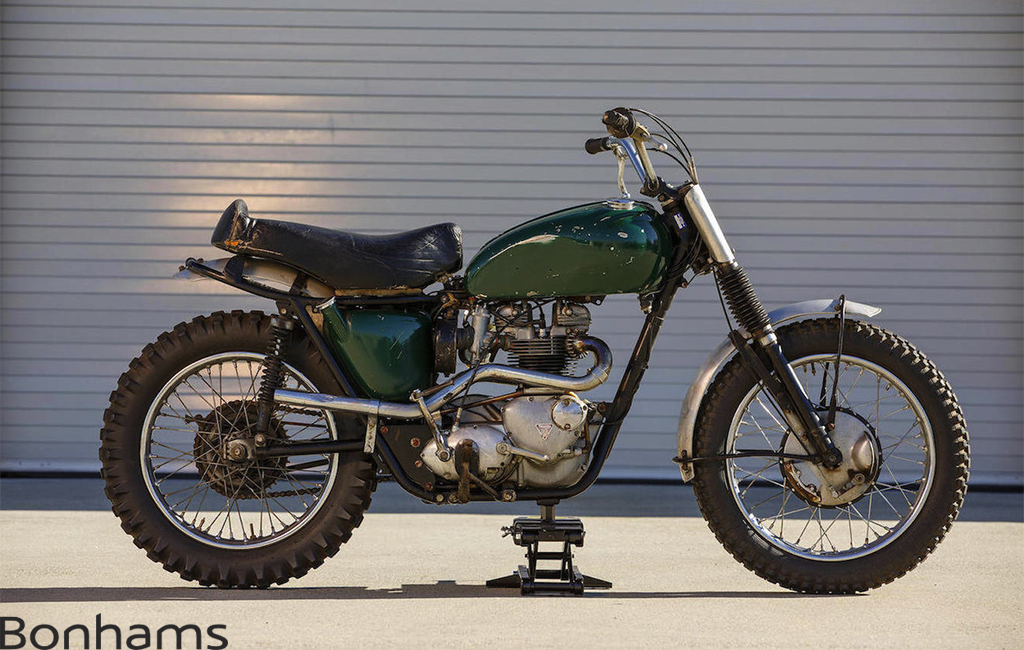 It’s was the pairing of Steve McQueen and this very motorcycle which was to become so iconic, with Hinckley Triumph often using the pairing to promote their Classic range of motorcycles and clothing. Later McQueen moved onto Metisse framed Triumphs specials also built by Bud Ekins. 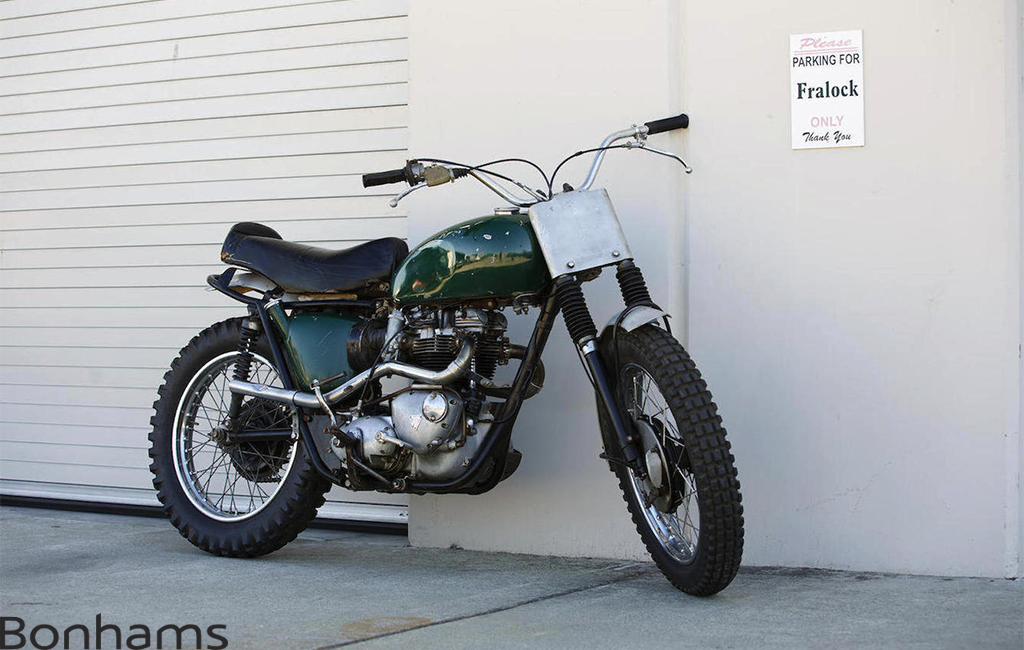 In the seventies Steve rode Husquavera’s which he famously rode in Bruce Browns Movie On Any Sunday. a motorcycle which sold recently for US$ 144,500.

Details of the auction can be found here www.bonhams.com.

Making up for not having enough money to buy the bike are some very cool images which should help inspire and perhaps help build a modern or classic homage. 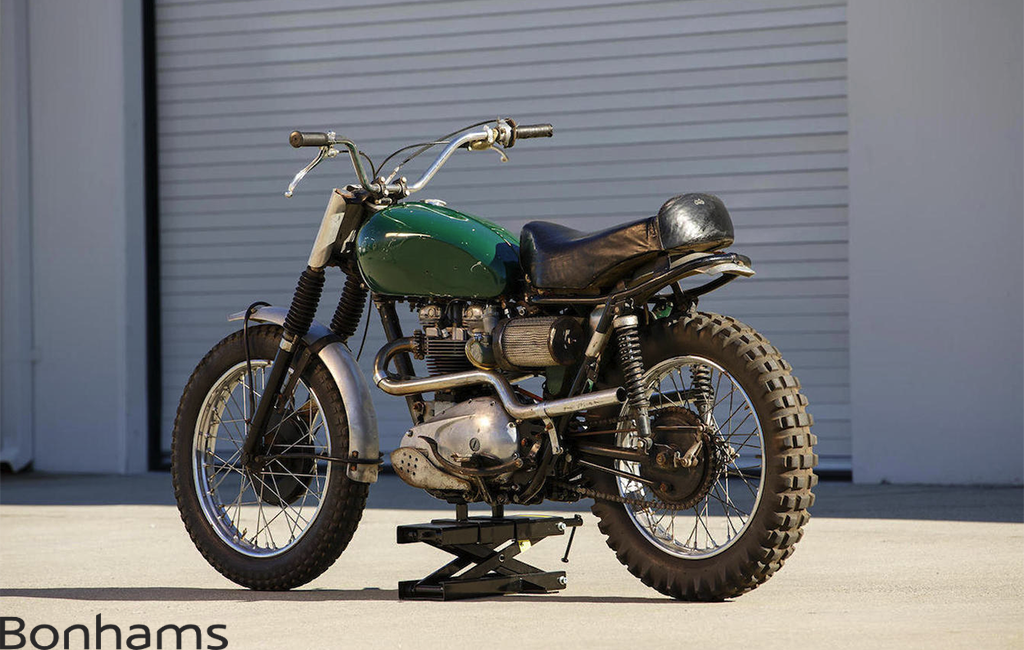 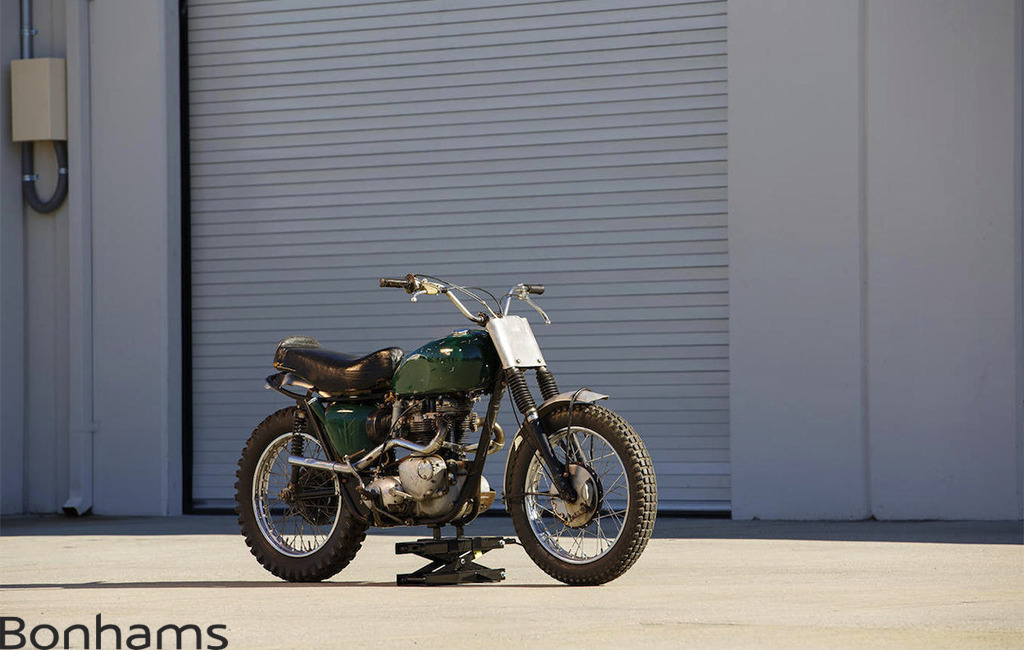