The Bonneville SE is Triumph’s homage to the seventies and the 1979 T140D Bonneville Special which featured seven-spoke US Lester mag alloy wheel (19″/18″). Though thank god thats where Triumph’s homage to 79 models stops, as Im really not sure on the rest of the T140D US market styling, though the bike was popular in the US at the time. 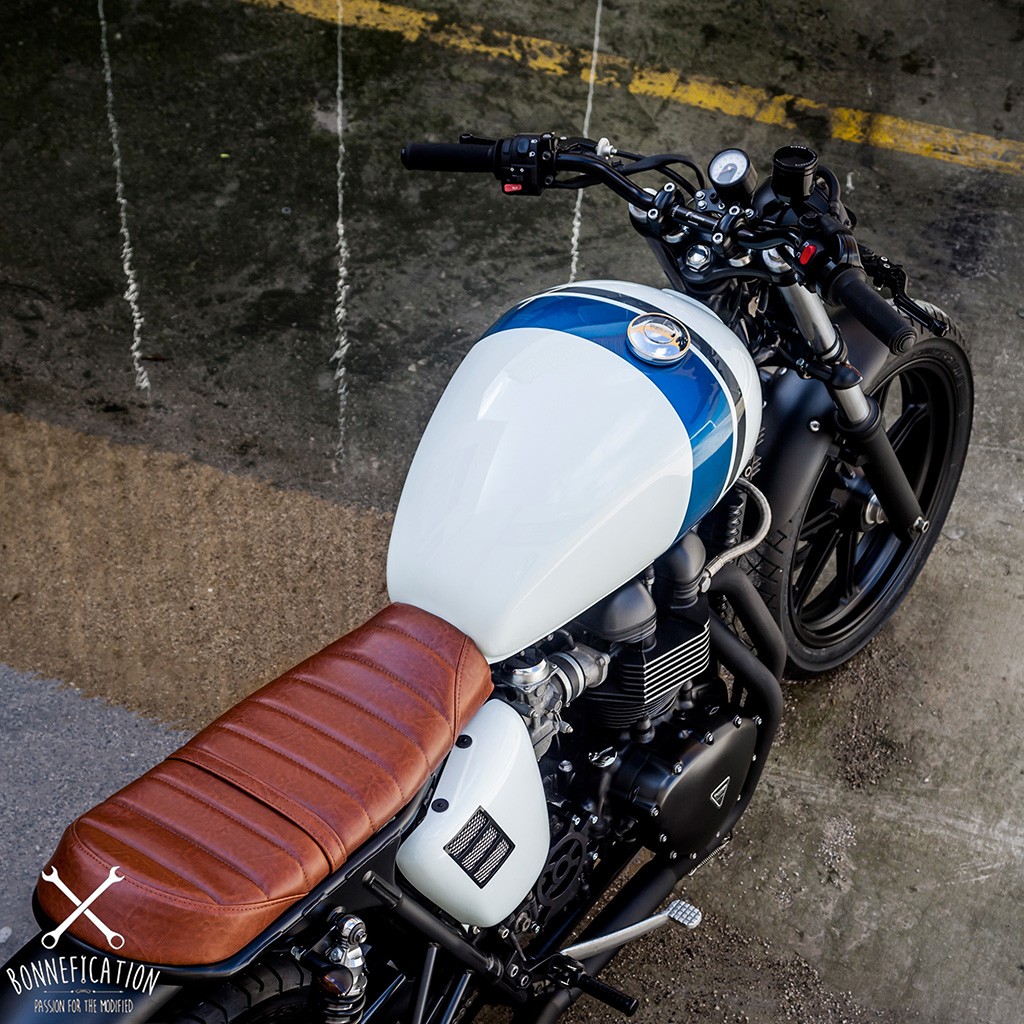 The modern SE (Special Edition) is fitted with 17″ cast wheels both back and front, making this Triumph 35mm lower and helping the bike to lose 5kg (compared to the T100), though both bikes are still a lot heaver than the classic T140D. There is another difference between the SE and others models in the modern Twin range. And forgive me as this is a little geeky, but here goes,  the yokes on the T100, Thruxton and Scrambler are not the same, made clear by the different part number on the SE. Im not going to go into why, or how I found out this snippet of information, but for some it can be an important when modifying the Twin…. anyway back to the this bike… 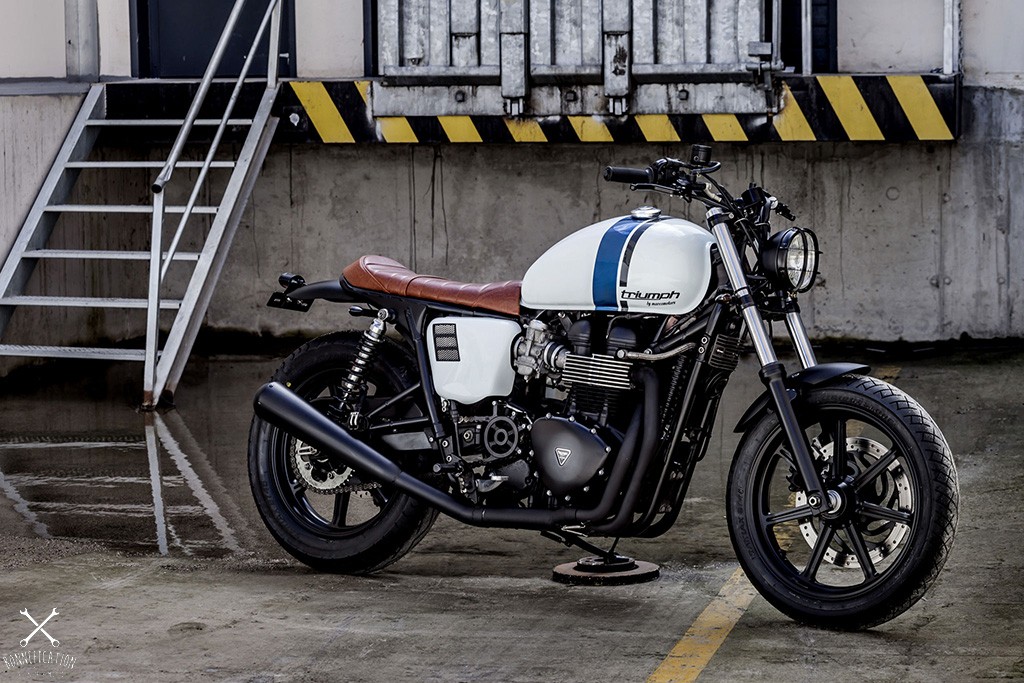 Some may say the SE is not as popular as the spoked wheel versions, with many preferring the look of the spoked wheel, perhaps they remember the original T140D and everything that was cheesy about the seventies and eighties, then each to their own. Personally I don’t love them or do I hate them, but in five years time I can imagine the cast wheel being the next cool thing in this so called ‘new wave‘ motorcycle scene we hear so much about… then maybe they already are…hell if I know whats cool or not outside of the Triumph Twin world, so I know this bike is COOL! 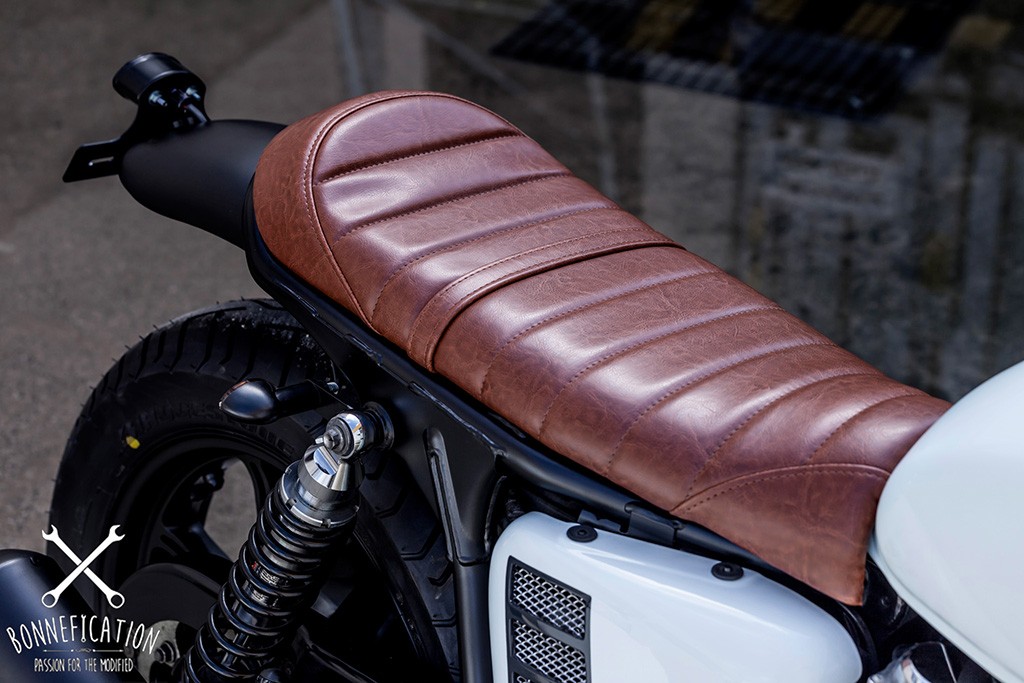 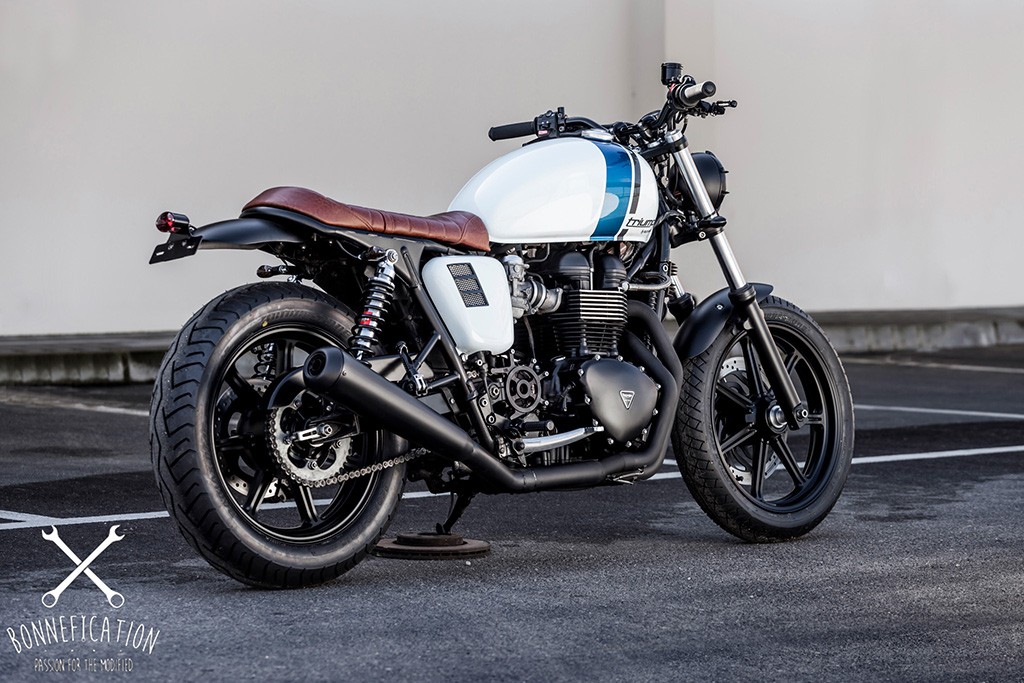 The client originally wanted to go for a ‘grey-burgundy’ paint scheme, but with the guys at Macco seeing the light, there was only one colour to go for. Then end result was a very happy client and Maccomotors first ever white Triumph. The paint scheme also features metalflake blue and grey stripes with a Triumph graphic more suited to a retro sports bike. 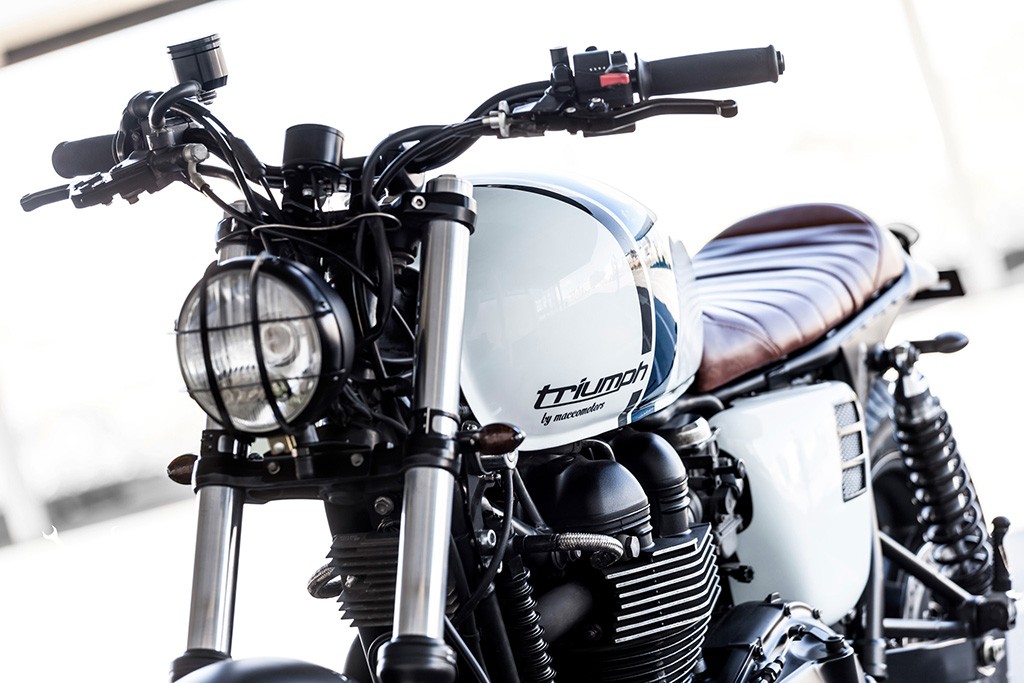 Setting off the new white paint scheme is a very nice brown, custom Macco Motors seat, as well plenty of other features which we have come to expect from Macco Motors, features previously seen on their excellent Dusty Pearl, Lizard King and Black Baron builds. 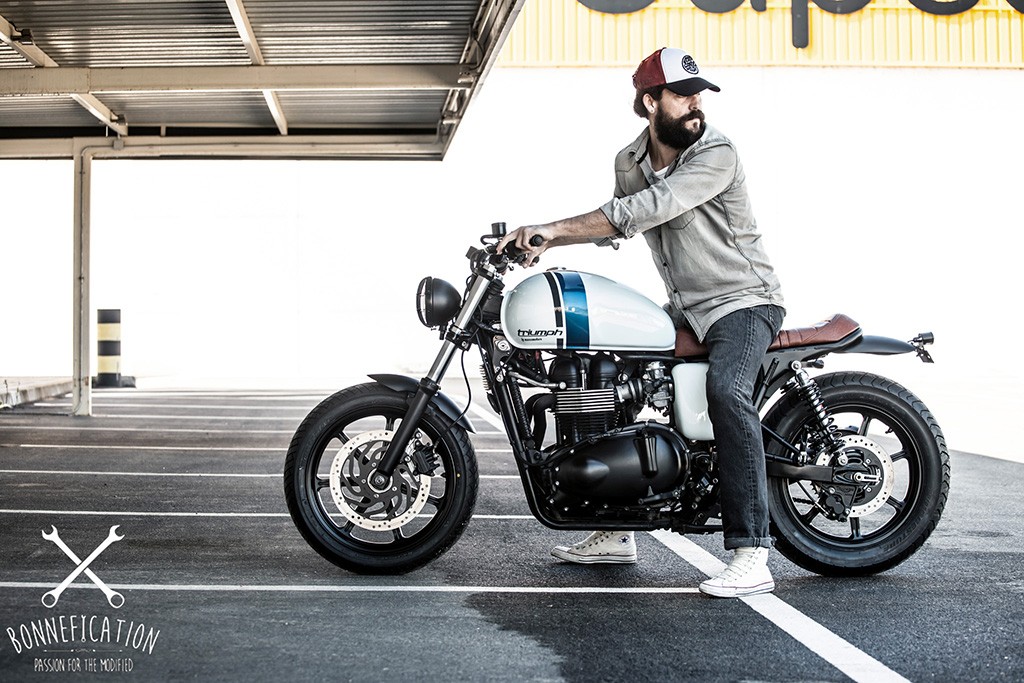 The bike spec for this build include….