Bonnefication was recently sent some very nice parts from the LSL catalogue of goodies to take a look at and try out, including their 7” headlight, café Racer headlight brackets, mirrors, ignition relocation bracket and seat bolts. Most of these parts have been fitted to our two test Triumph Twins. With the very nice looking Mirrors being fitted to my own 06 Triumph Scrambler. 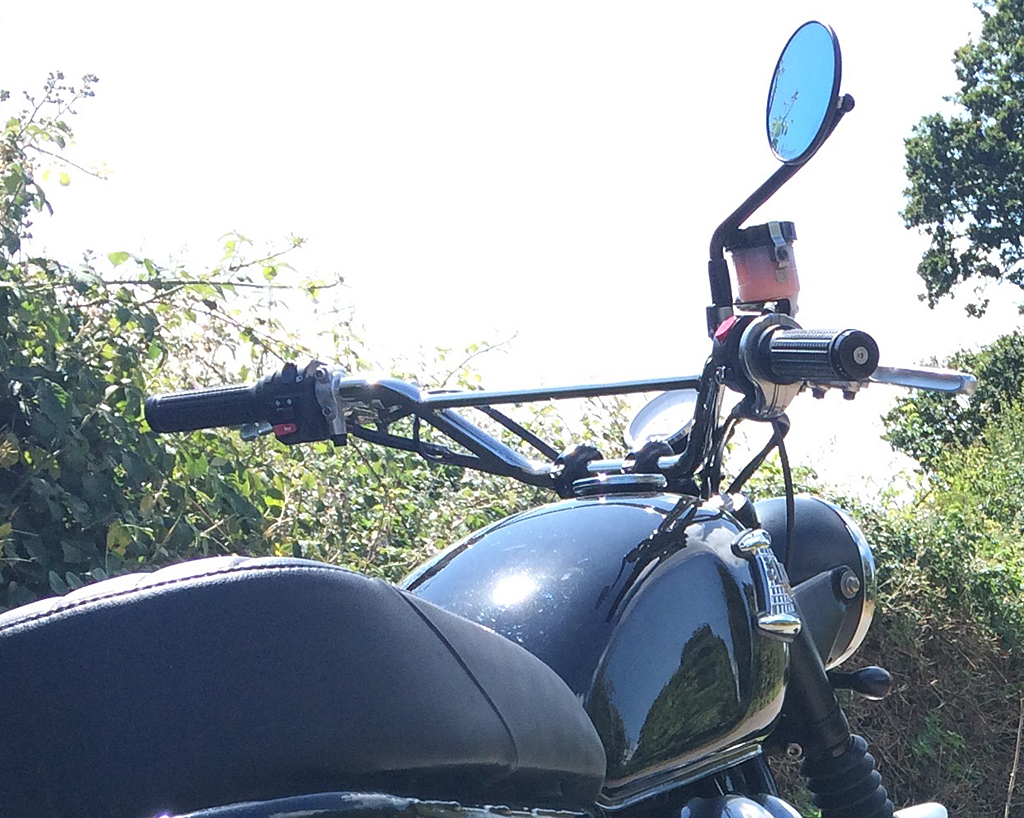 I’m not a huge fan of the larger OEM mirrors on the Twin, but they are safe. Which is also something that can be said about the slightly smaller than stock LSL product, as they give me plenty of rear visibility without looking too Mickey Mouse.

I had struggled with rear view visibility with the old mini bar end mirrors I had fitted, so the LSL mirrors came in handy and are here to stay, though I did stop short of using both on the Scramble as they do distracted from the bikes stripped down, off road looks. The quality of the mirrors is everything you would expect from LSL. 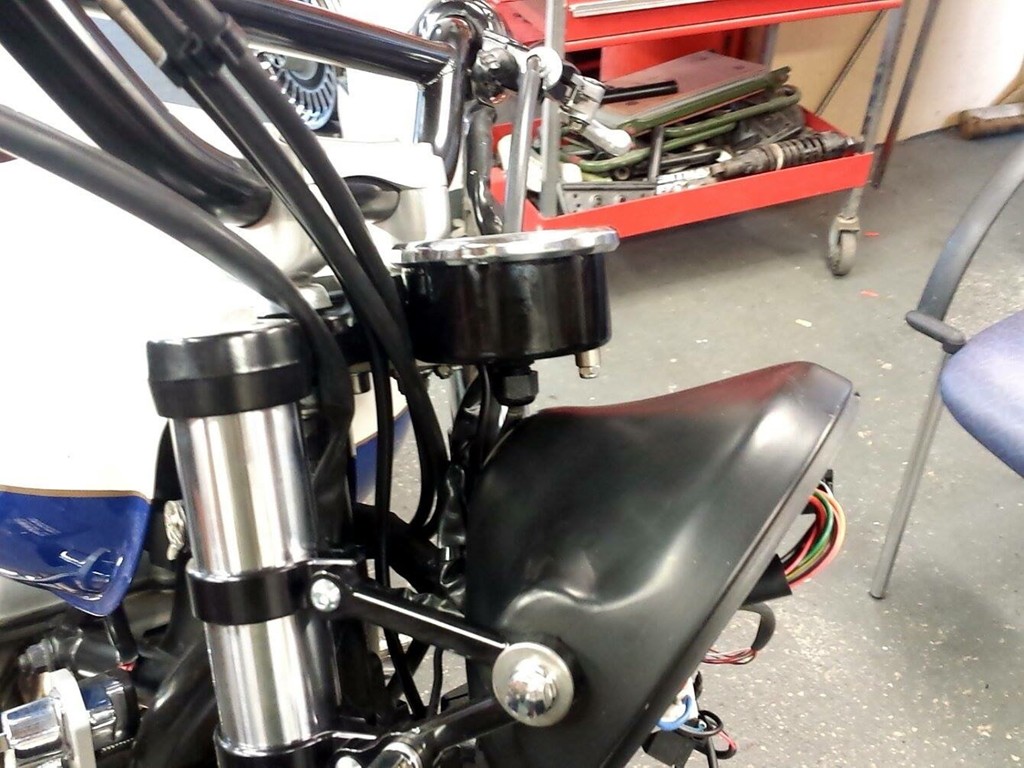 We fitted the 7” LSL headlight with its black metal bowl and chrome rim to our 06 T100 using the black LSL Café Racer brackets and have to say the light with its modern clear lenses it does look good  – our only concern was getting all the wiring into the LSL light bowl, but as we had relocated the ignition using the very popular and virtually industry standard LSL relocation bracket. 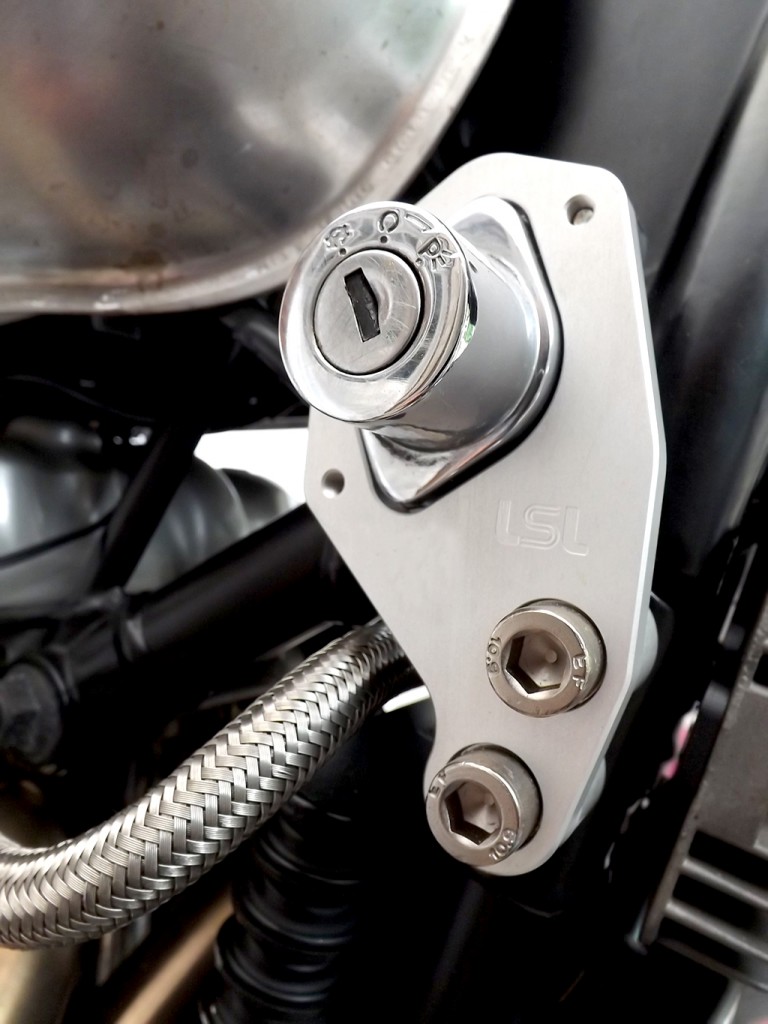 And as we had also moved the rectifier, so getting all the wires into the LSL bowl wasn’t a problem and something which could be done with ease by the home modifier. One thing that did cross my mind when fitting the LSL light is the direction of the beam being for driving on the left, something I will need to confirm with LSL.

The extended LSL seat bolts we also fitted to the T100 (not pictured) and did prove very handy as I had lost one seat bolt which is a common issue on a Bonnie. Added to this I now no longer needed to dig out an Allen key to remove the seat to charge the bikes failing battery. (update – on shorter seat such as the BC Slammer seat these will be more noticeable)
Overall, some very nice products from one of the leading Triumph Twin part and accessory manufactures. Parts which you will see on just about every Shed and Pro built Triumph Twin featured on Bonnefication. But now with competition from company’s such Free Sprits and Motone customs, who are both producing similar parts, LSL now have some serious competition on their hands. 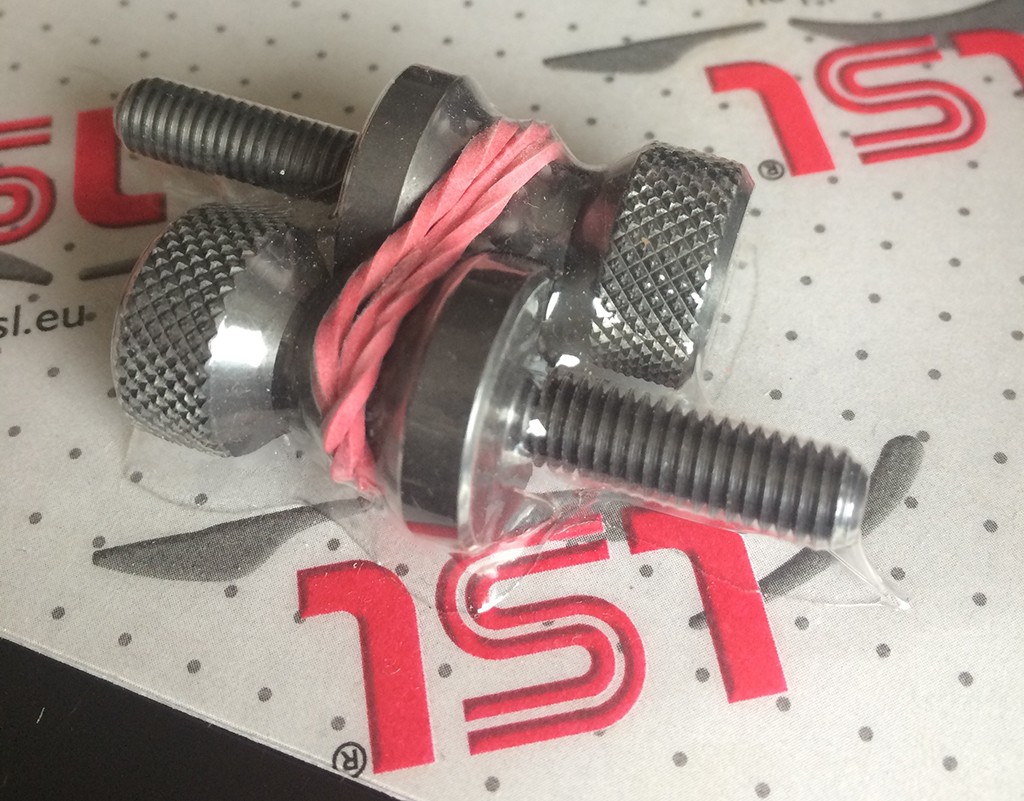 Update: August 2014
A year on and all the LSL parts fitted look a good as the day there were fitted, though the seat bolts are no longer in use as the bike had it frame cut and a loop added. We also mounted a Motogadget speedo eating button to the LSL ignition relocation bracket which look the business.