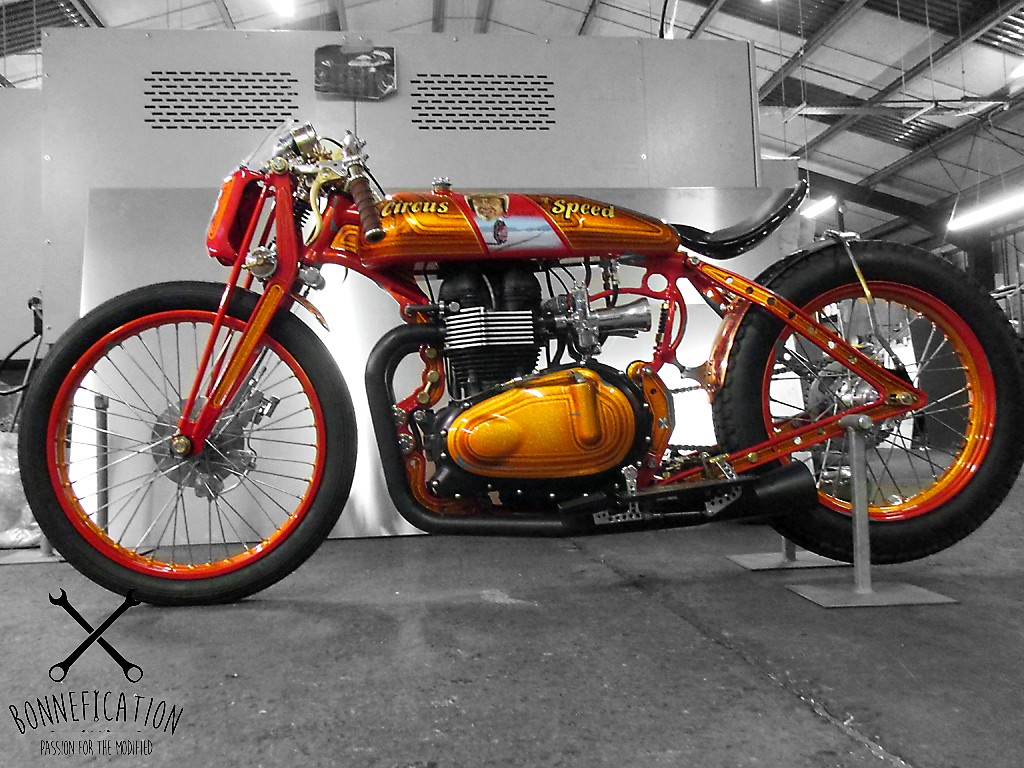 This is the latest build from the King of Custom, Larry at Lamb Enginering, who are based near to me in Salisbury UK. Lamb Engineering specialise in subcontact machining/fabrication but also have a sideline in building custom motorcycles such as their Norton 750cc Cafe Racer and ‘Son of a Gun’ (which came 2nd place in AMD World Championships 2011) to world class standards.  The donor bike for this build i 2009 Triumph Bonneville which ended its days as an insurance write off, but fortunately found its 865 Twin cylinder heart being transplanted into something just a little bit special. This is Larry first build based on a Hinckley Twin and I for one hope it not his last. 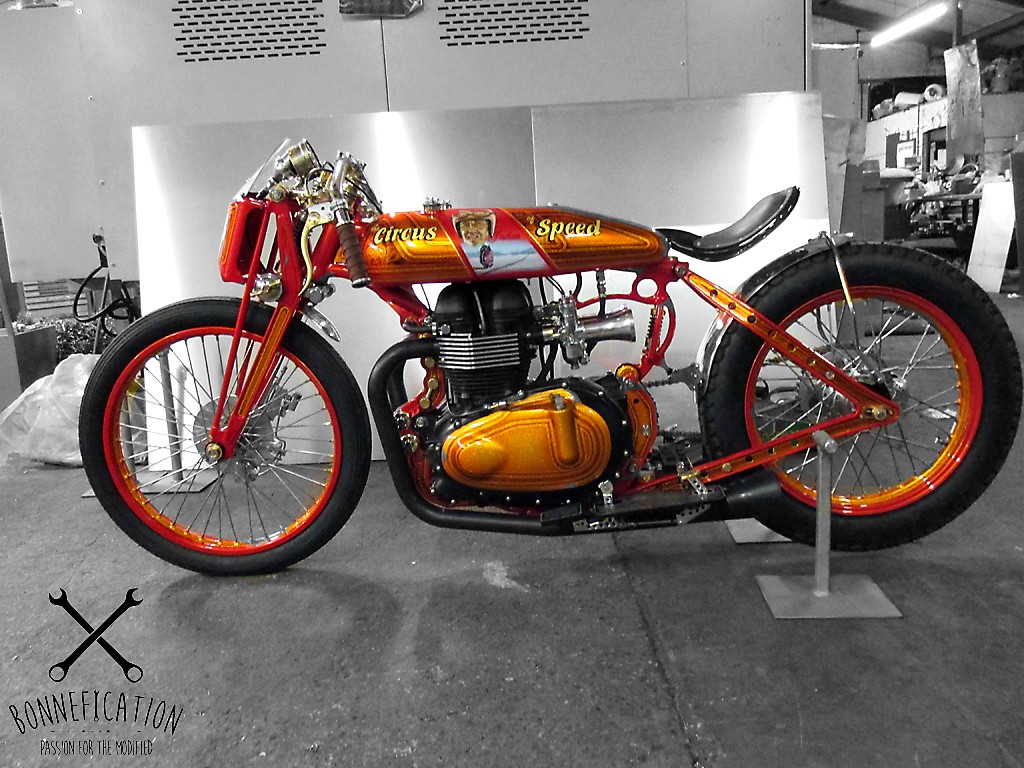 At the front of the bike is a huge 1970’s 21inch wheel, origin of which is unknown, but like the engine and a few other parts has found a new home. To give the bike that all important stopping power the wheel has been fitted with a disc is from a drag bike. At the back is a 19″ wheel, which in a previous life had been a front, but was heavily modified accept sprocket etc. Both wheels were custom painted and fitted with Classic Avon speedmaster tyres. 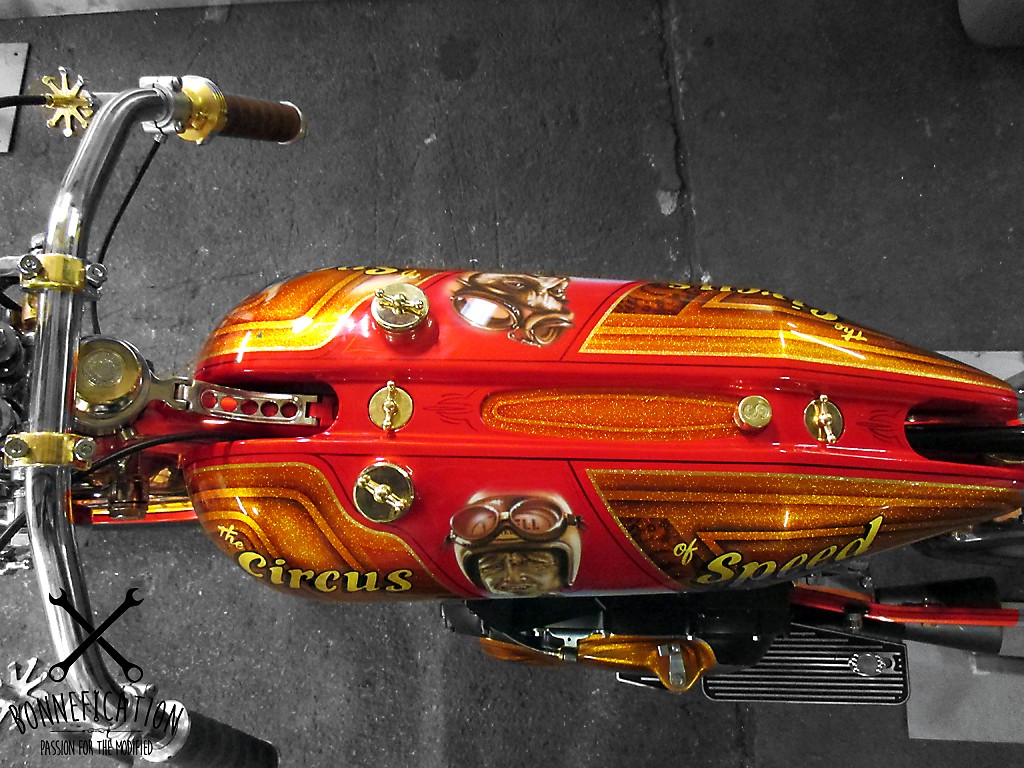 The fork which give 3″ travel are custom and were made in house by the guys at Lamb. The frame is a mix of tube and machined parts with built in oil cooler at front of engine, with a  rigid rear end with 30deg of rake. The front brake uses Lamb Enginering own cable operated master cylinder combined with 2x Harrison billet twin piston calipers. Rear brake is mounted on Front sprocket using a drum set up with levers built into running boards. 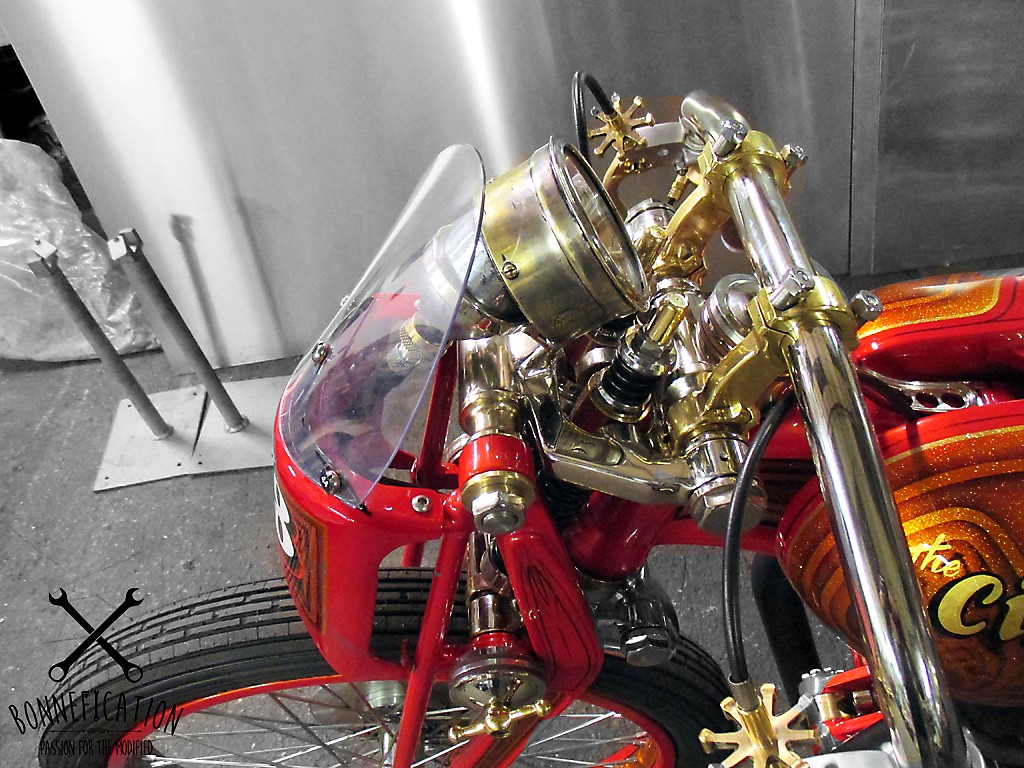 The seat unit is sprung via a rod to a spring situated in the frame lower down tube. Gear lever is a toe heel set up, again via the running board. The custom exhausts are steel coated with black ceramic.1.75inch tube with open megaphone. The tank and seat unit are made from 2mm aluminum and again are made by the guys at Lamb. Im sure you will get to see plenty of this bike in the coming months are its a real beauty and perhaps an ambassador for the Custom Hinckley Triumph scene. 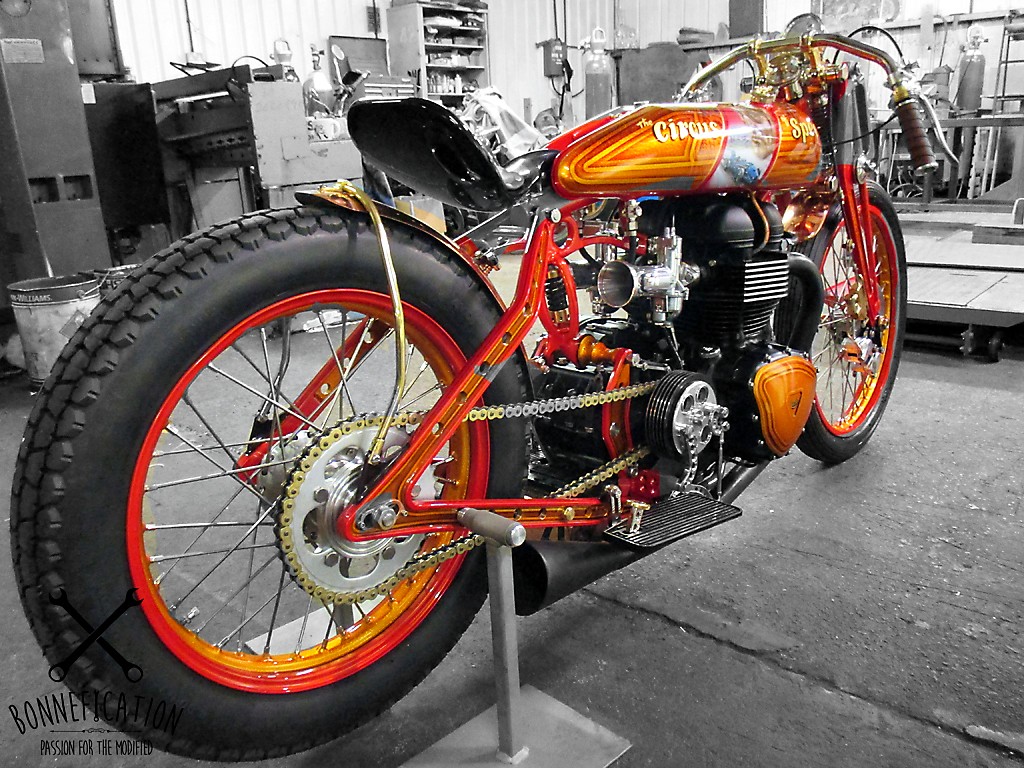