At the weekend of the 7th and 8th of April 2018, Bonnefication and Co visited the Kickback Custom Motorcycle show at Stoneleigh Park in Warwickshire, at which Bonnefication was sponsoring the ‘Best Modified Triumph’ category at the 2018 National Championships, supplying the winners trophies… go us! 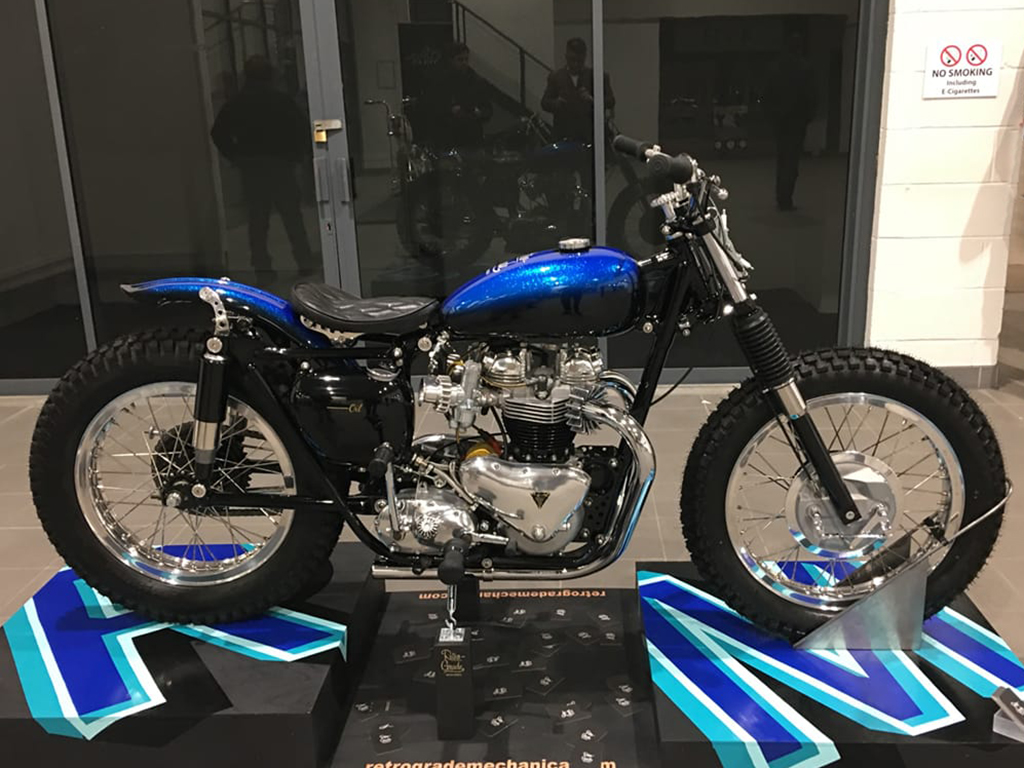 Unlike other motorcycle events which I am also a big fan of, the April Kickback show was held at a working agricultural showground rather than a trendy defunct warehouse. And this choice of venue reflected in the ticket prices, though not on the quality of bikes on show, all of which were every bit as good as those seen elsewhere. 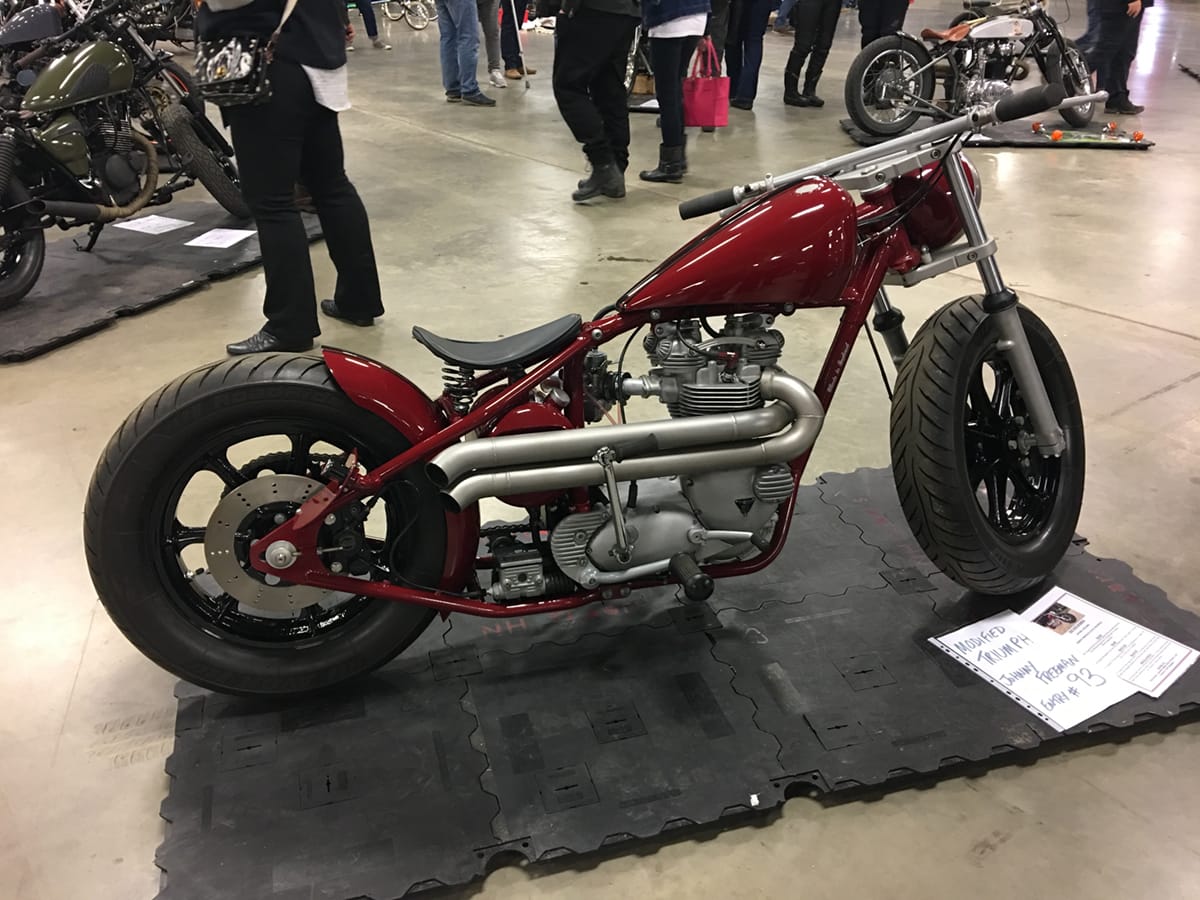 I am no expert on the varied and long-running style of custom motorcycles like those demonstrated at Kickback, with Bonnefication having spent the last decade focusing entirely on what can be done with the Hinckley Triumph Twin. But looking at custom bikes for ten years has given me an insight into the skill and passion that goes into building a good custom motorcycle. 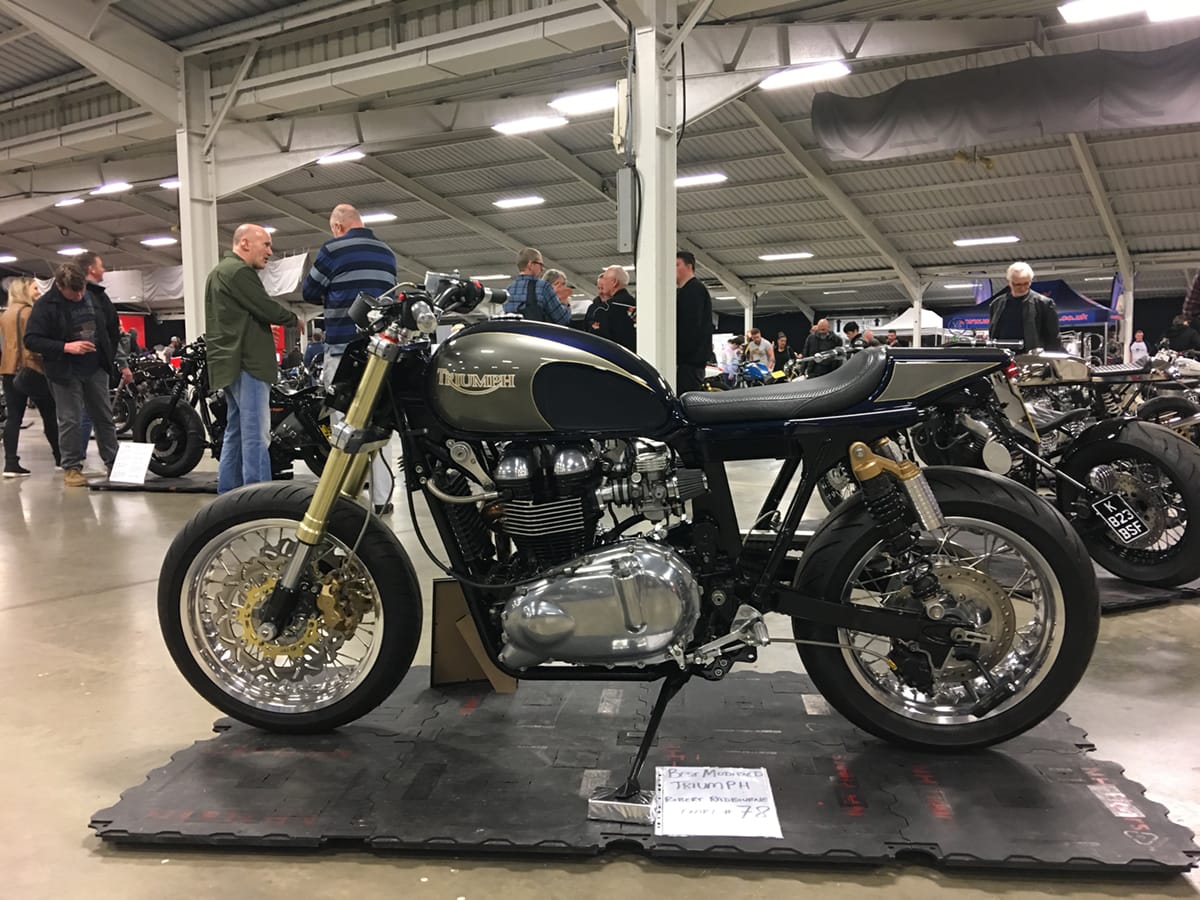 The show was typically laid out with all the bikes entered in the National Championships displayed on plinths, with traders and former custom bike competition winners located at the edges of the venue. While next door in what could only be described as a cattle shed, The 2 Bros Professional Stunt Show was performing tricks and burning a hell of a lot of rubber. 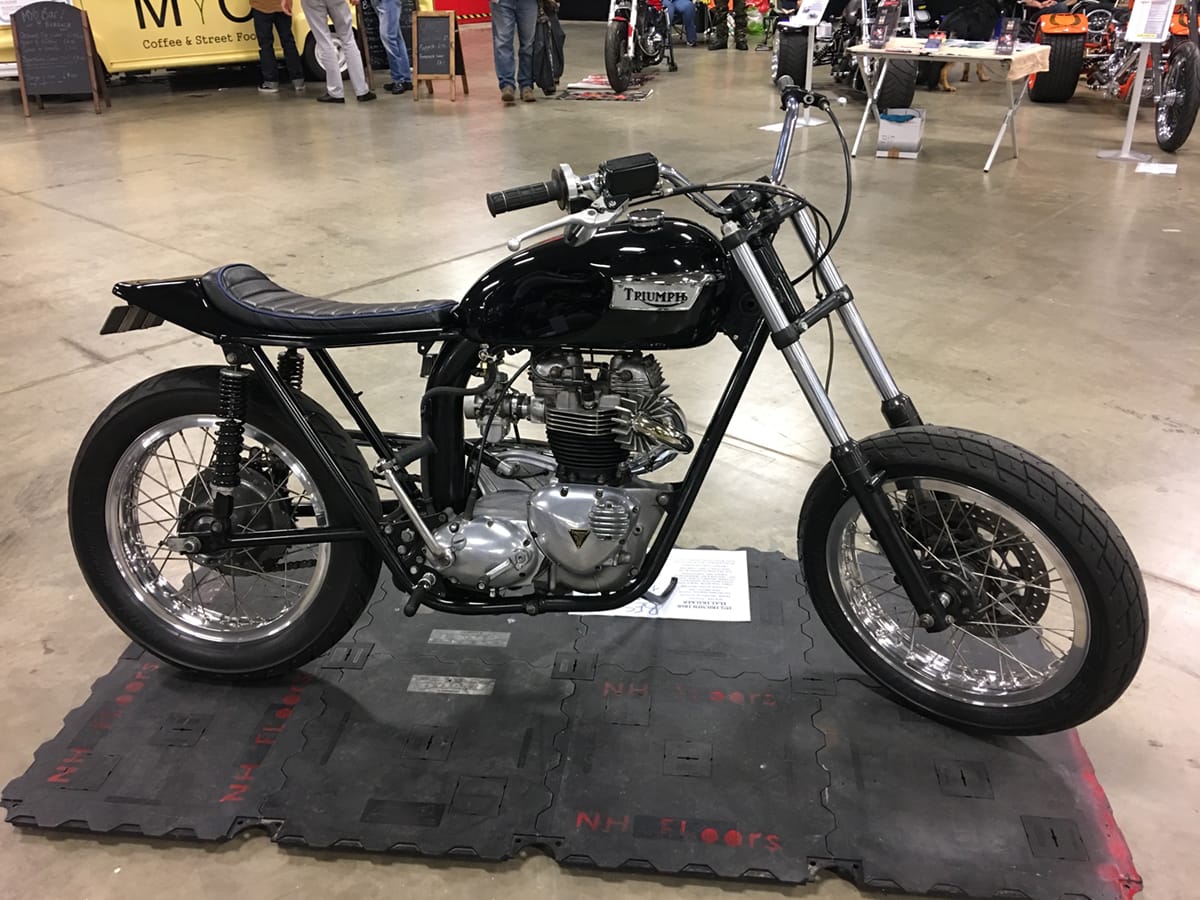 Back in the main hall, the wife and I became a joint judge for the afternoon, having a great time examining each competition entry in detail for style, build quality, fabricating skill or just a sense of humour, with the aim of finding the best category winners. Each of whom would be presented with a trophy on the Sunday by Henry Cole of The Motorcycle Show and Shed and Buried fame. 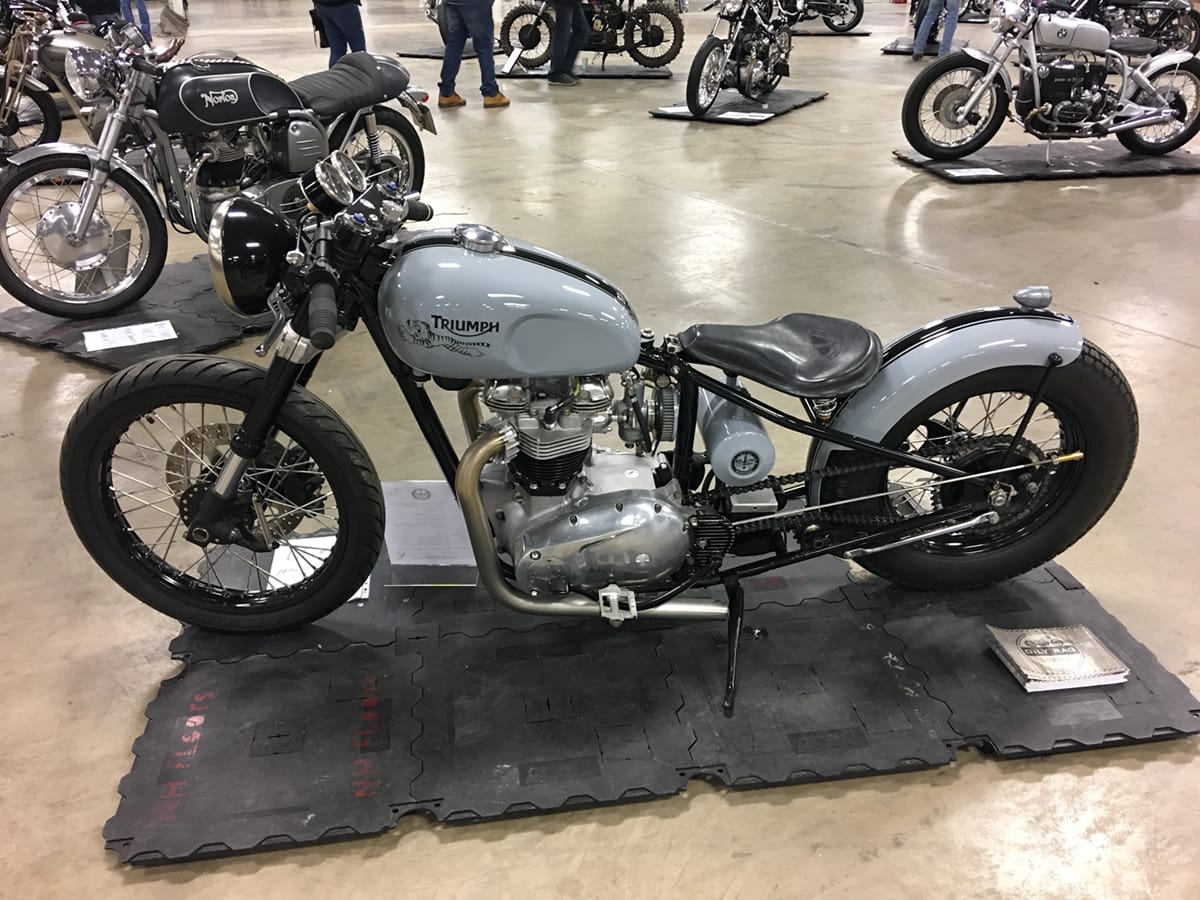 Having cast our votes along with the other judges, the wife and I went looking for something to eat – unlike other events which do offer a larger and more varied selection of refreshments including ‘artisan burgers’ salads and beers, we found that these refreshments can often cost as much as the admission. Instead, Kickback offered reasonably priced food and beverages from either a mobile cafe selling toasties and cups of tea or two permanent on-site cafes. 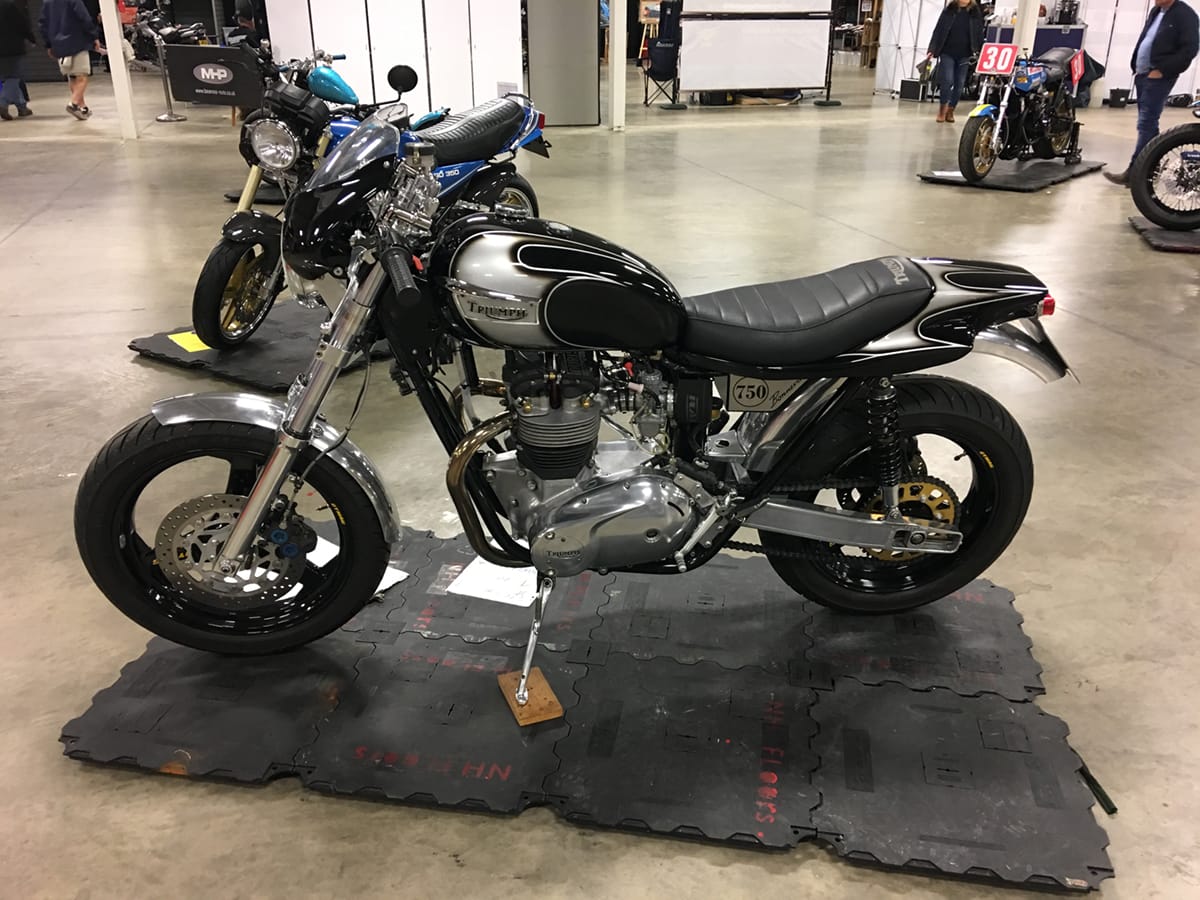 After an afternoon of custom motorcycles, the wife decided it was time to visit the local sites of Leamington Spa, Warwick and Stratford, oh and of course a pub, returning on Sunday afternoon to watch the results of the 2018 Custom Motorcycle National Championships, which Mr Cole was to hand out prizes for. 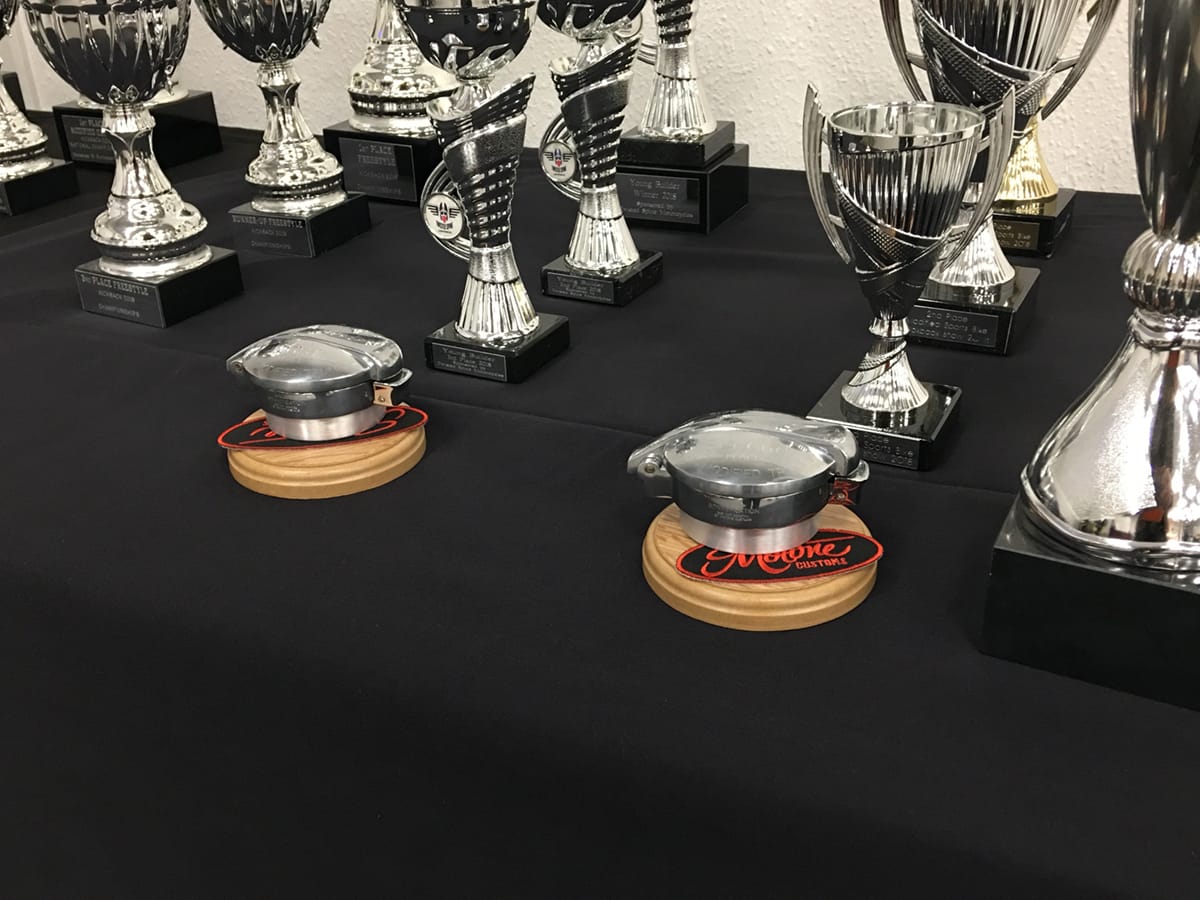 The prize for Best Modified Triumph, in particular, was of interest to Mr Cole, it being a very nice Motone Customs Monza fuel cap…hands of Henry!  But it was Johnny Freeman and Paul Swanwick for their 1967 TR6  who was to receive our First place trophy, with the runner-up being  Robert Radbourne for his very nice Hinckley Triumph Tracker. 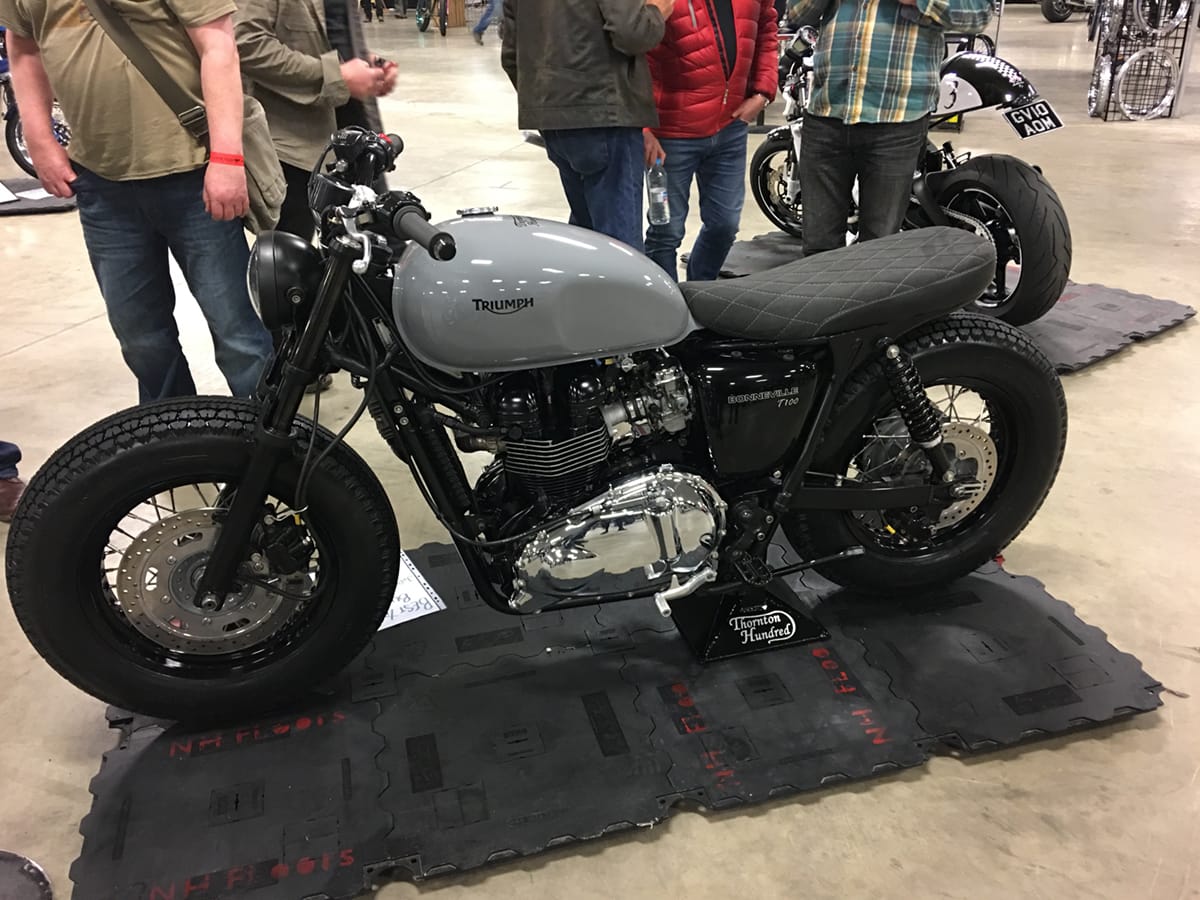 Thorton Hundred – Triumph T100, more on this build to come

Overall the Kickback Motorcycle show was well worth a visit, with a great variety of styles of custom motorcycles on display compared to other events. Some may think Kickback is not as Trendy or hip, but it is their loss. 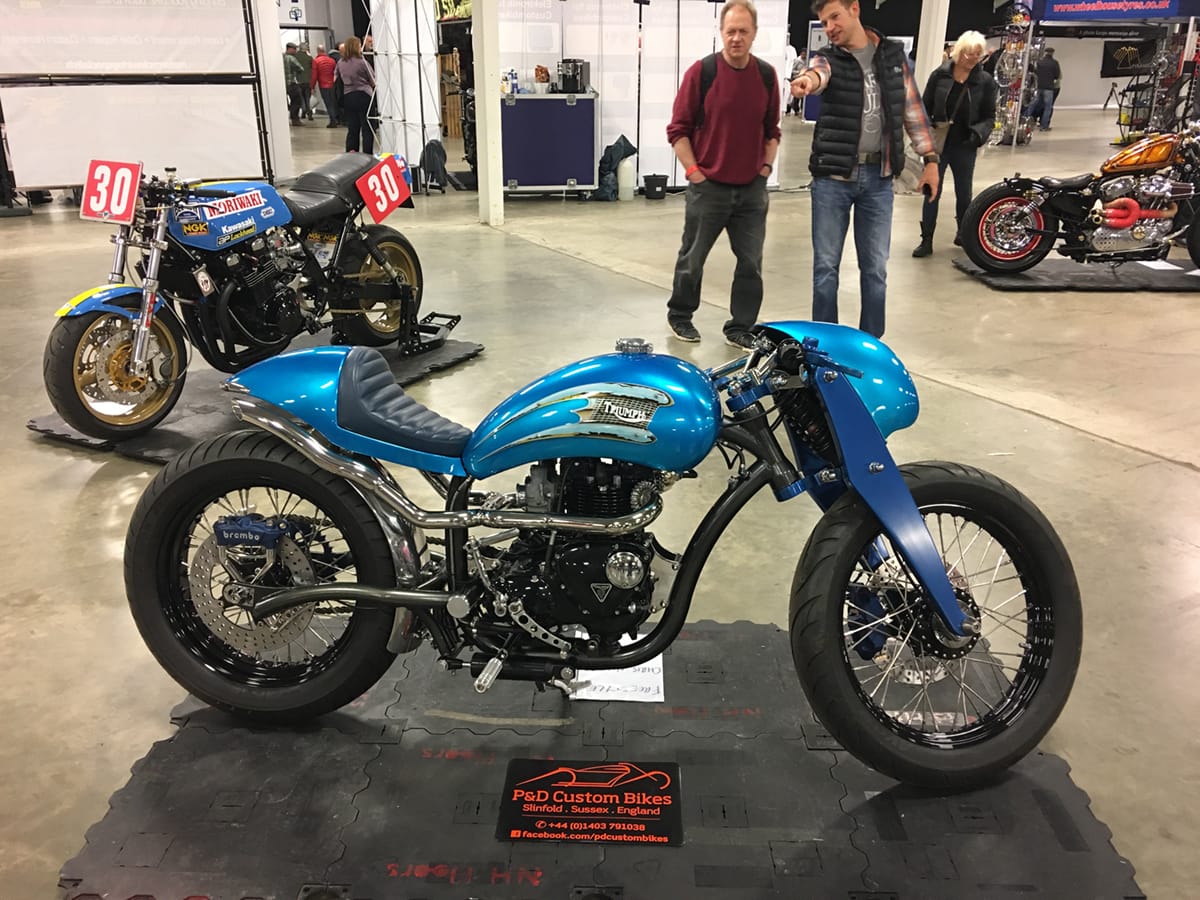 The wife and I both thought the event could have been better signposted, both getting to the event and on sight, but other than that, a good day! 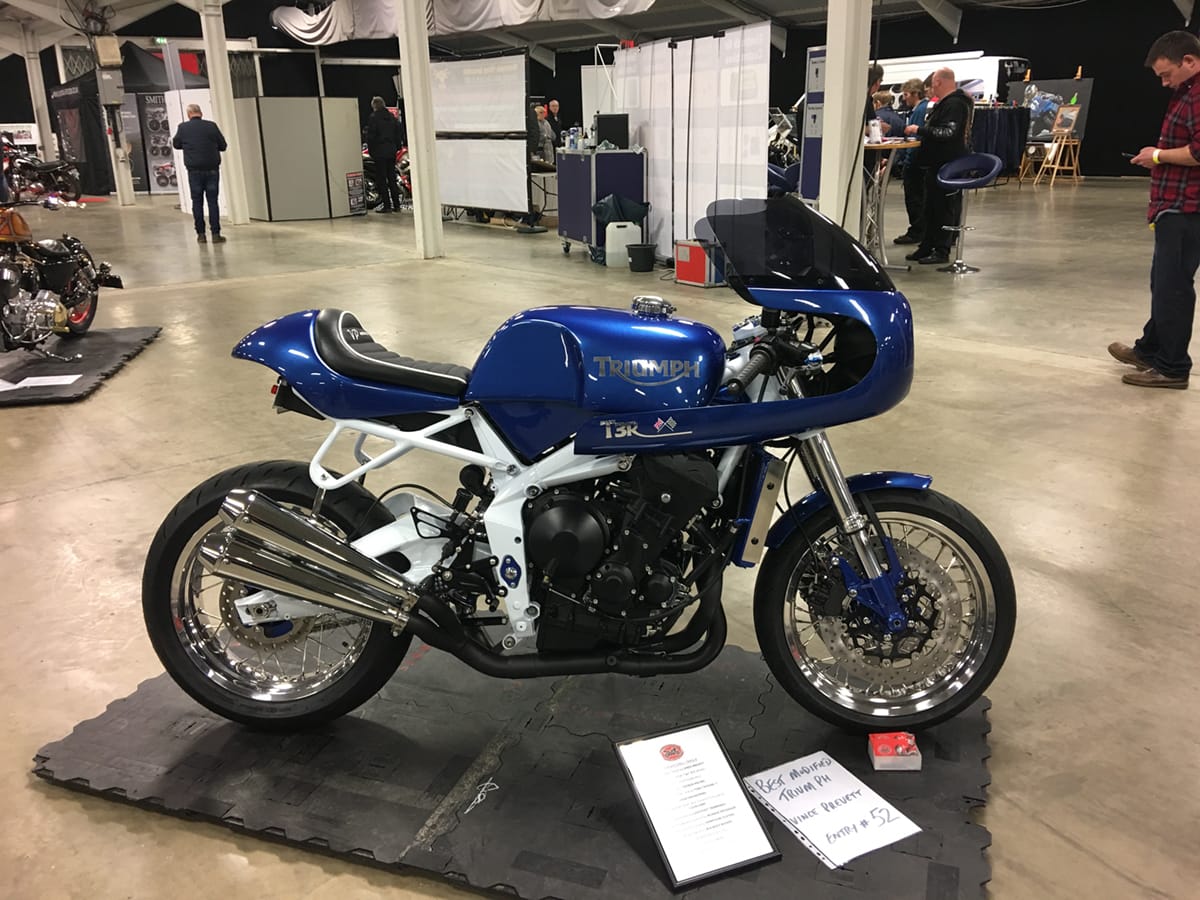 Next up next month its the Bike Shed Show at Londons Tobacco Docks –  see you there!