You may of heard of the epic motorcycle adventure, Scram Africa®, a 2000 km trip through Morroco and parts of the Sahara Desert. Organised by the guys at Fuel Motorcycles (www.fuelmotorcycles.eu) the journey takes nine days, leaving from Almeria on the 25th April and returning to Almeria on the 4th of May, which I’m told is the best time to travel in Morroco. To take part, your motorbikes needs to be pre 1980’s or a Retro Classics, so the ideal place to take a heavily modified Triumph Scrambler then!, which is just what Juan Coronil did. Juan gives Bonnefication an in-site to the bike he took to the Desert….

The Bike (heavely modified) did as good as it could. Very good, in the not so hard parts of the trip, and not so good in the difficult ones. Through the fesh fesh (powder like sand) it was a completely nightmare, but I doubt it would have been easier in another heavy bike. The engine was a bless in the parts that some extra grunt came hand 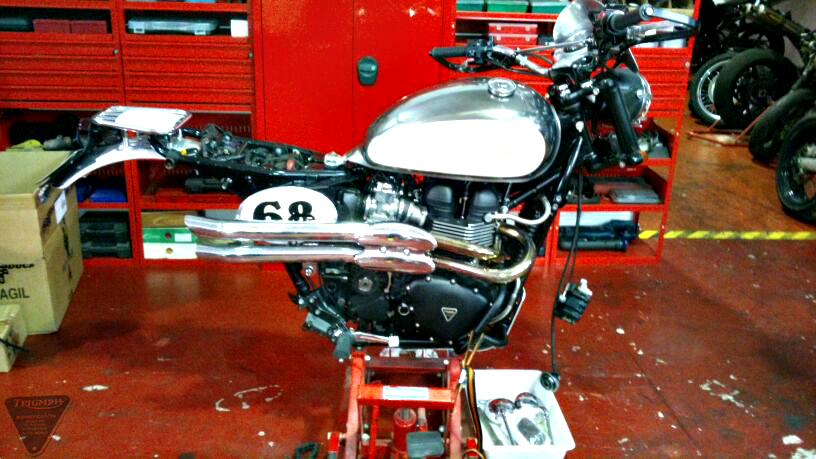 The ideas of the design, the colours the type were mine, and the execution was made by moto1000 in Malaga were Jorge, my official mechanic did the suspension (Mazorcchi at the front and Hagon at the back) Striped the original paint of the petrol tank, then polished until almost shined and then painted it. He change the rear brake caliper from the bottom to the upper part of the swing arm, installed the off road tyres (Metzeler) and the reinforced inner tubes, installed the non original exhaust system, the electricity socket to plug in the gps, the oversized foodpegs (welding toguether two original KTM’s) so I can stand on them and avoid resting my leg against the exhaust, and hundreds of little, but important things, that I don’t recall. 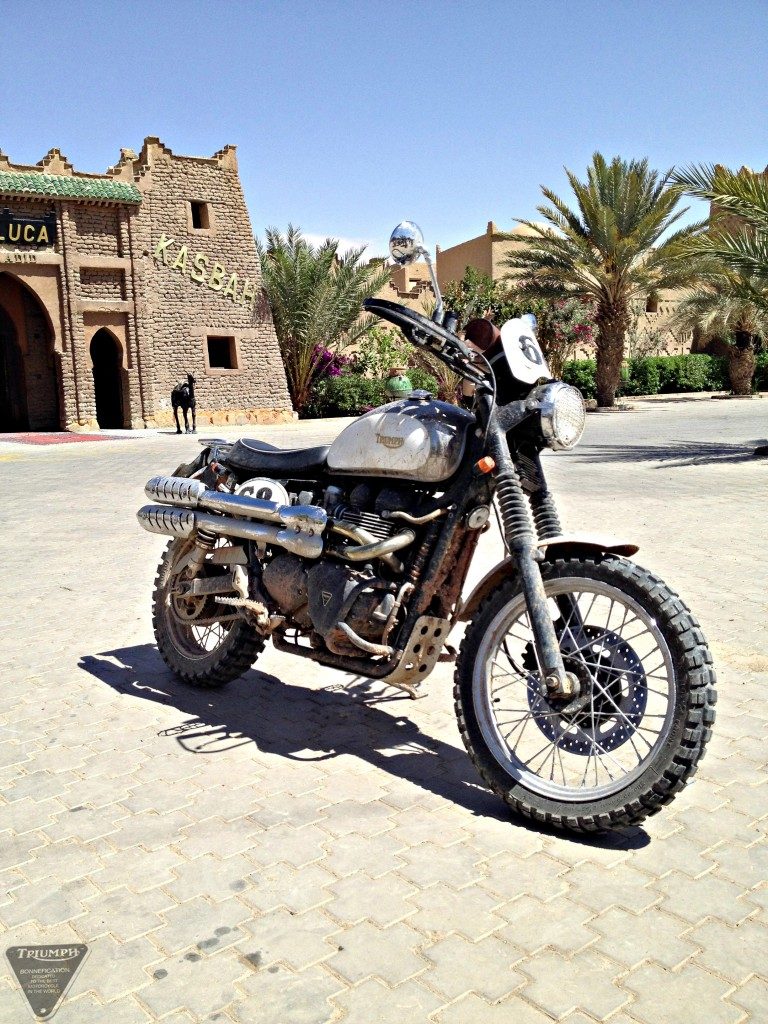 CRD (Café Racer Dreams) in Madrid, did a few things too. The custom made mud guards, cut the sub chassis,  then reinforce the rear mudguard so it can stand the weight of the luggage on the grill (the grill was triumph’s  original and single seat is also the original modified and re upholstered) They also sold me the number holders at the sides, which they painted following the colour scheme of the petrol tank, and the front number holder was custom made and also painted by them. They also sold and installed the turn signals and the license plate holder that originally belonged to a vintage off roader.

The headlamp grill is Triumph’s original, as it is the skid plate. 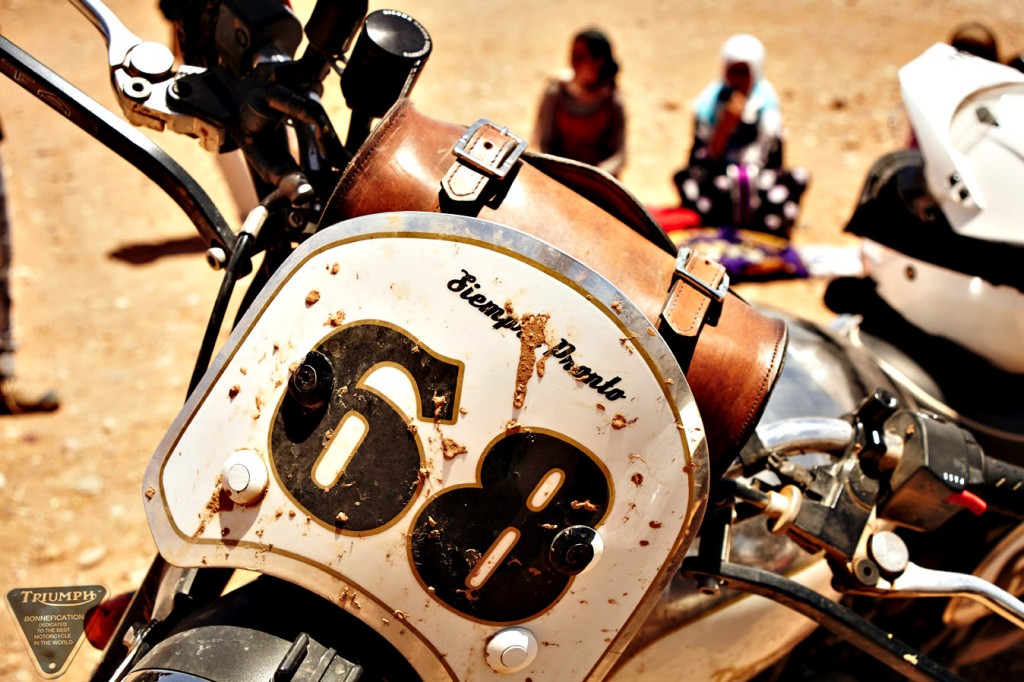 The leather toolbox is custom made from a Spanish shop that does all sorts of leather goods, and was made to fit between the handlebars; it is hold by the stock handlebar brace. The black bars protecting the engine are also from triumph.

The master cylinder is from Rizoma and whenever I have some more money, I’ll change the original air filter, and put one of those K&N coned shaped ones. Then it will be finish. 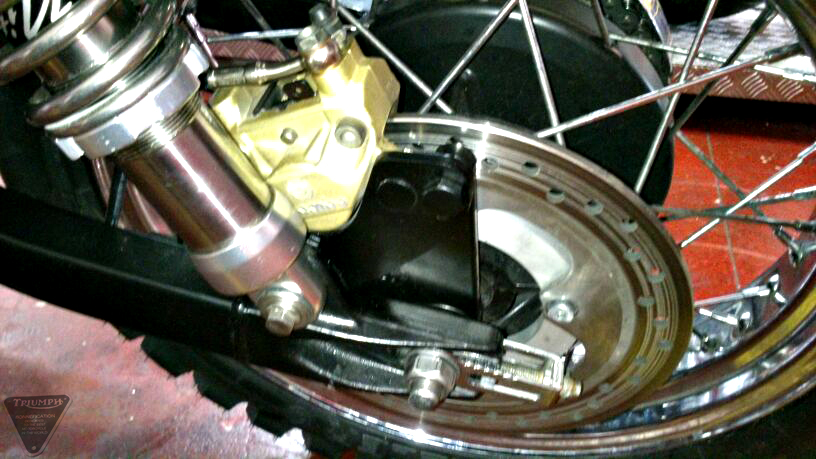 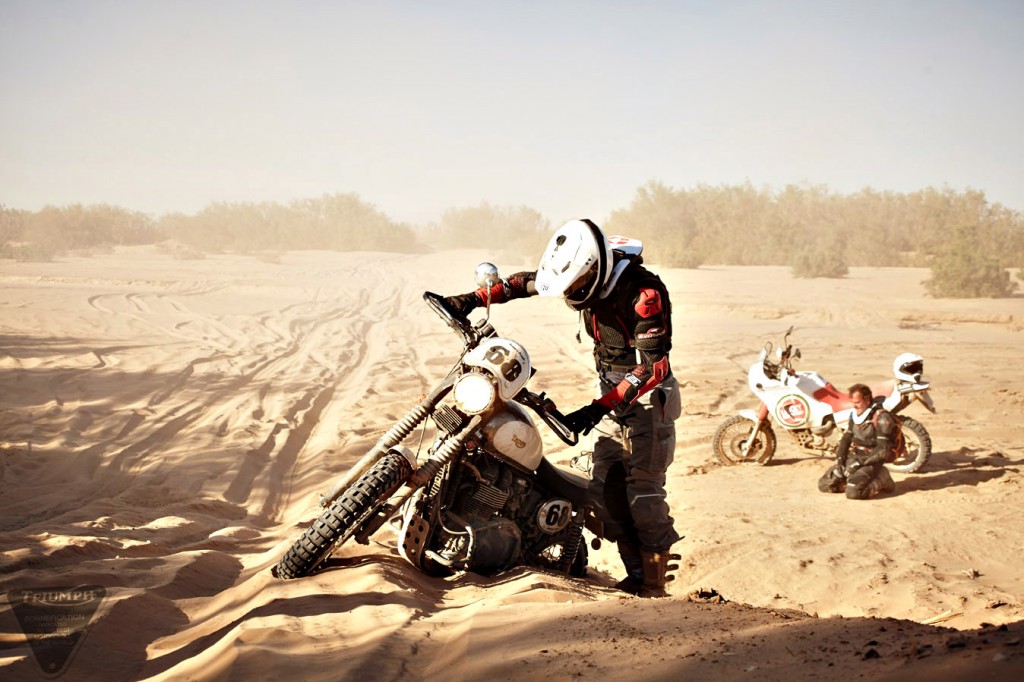 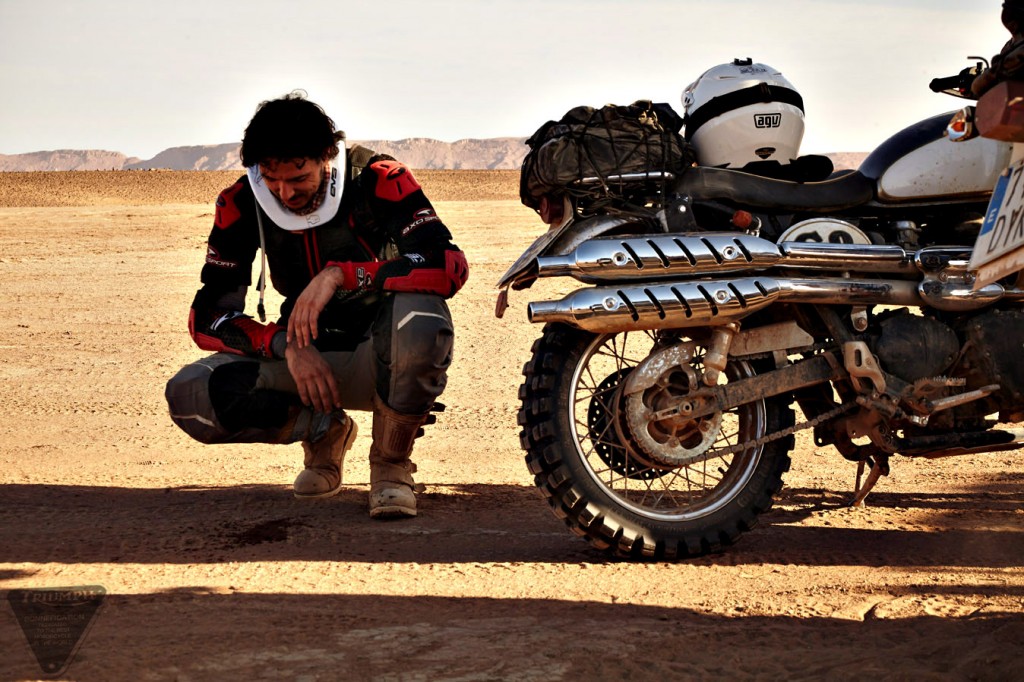 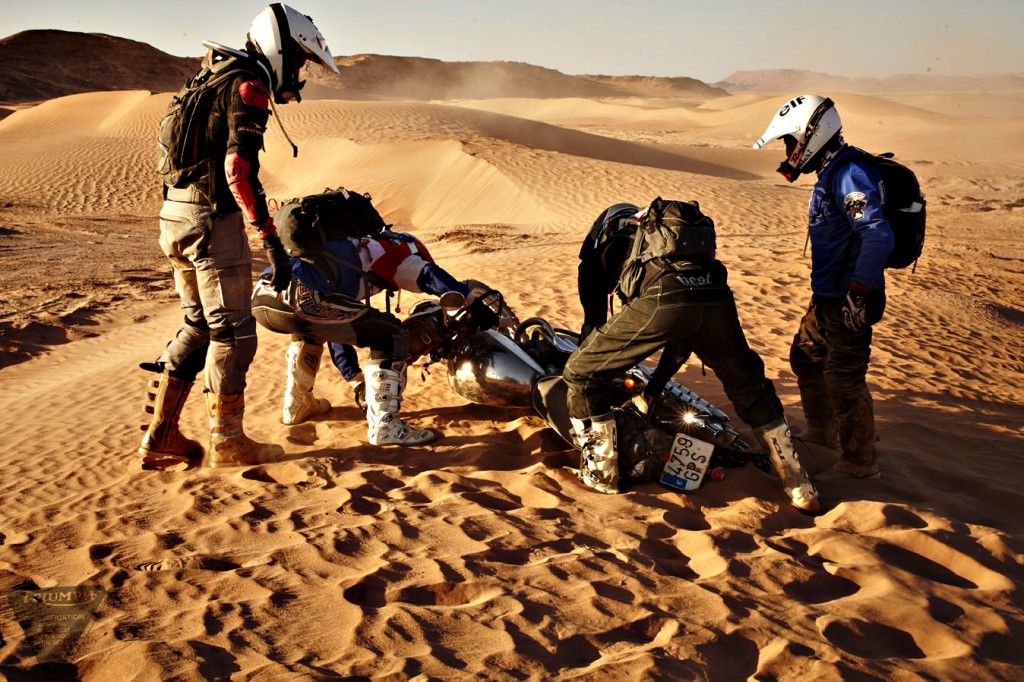 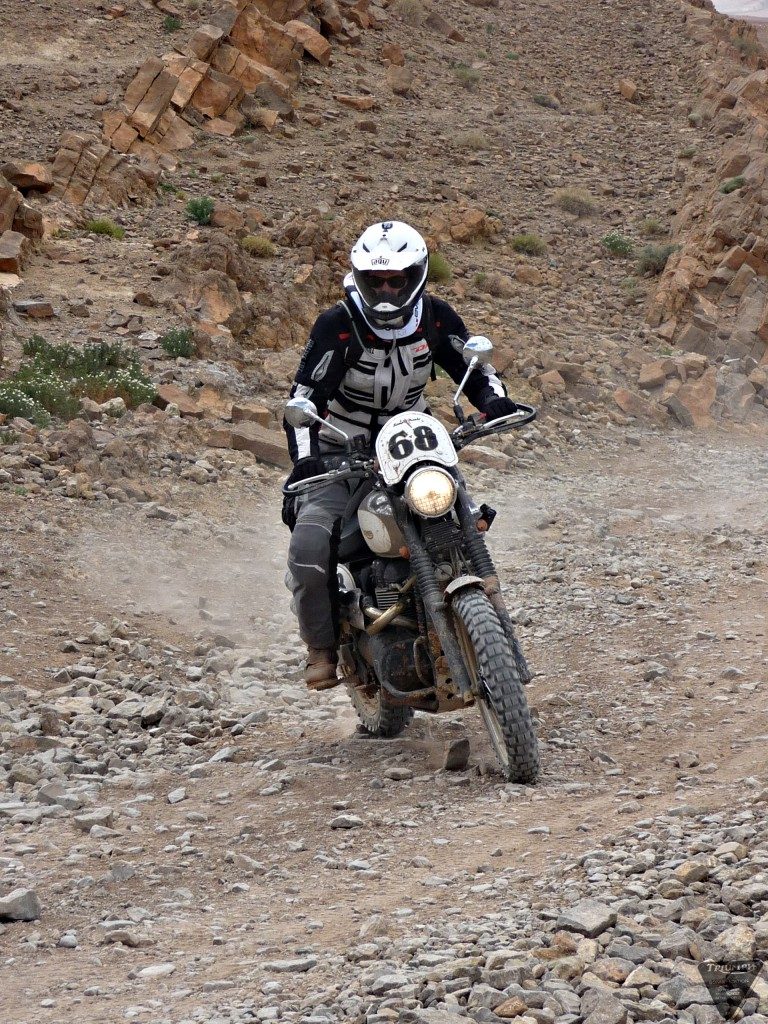 Next
Warning signs are flashing ev’ry where, but we pay no heed…