The 23rd of May of this year marked Hinckley Triumph’s 25th anniversary. To celebrate this milestone Triumph dealers nationwide had an open day where customers could test ride the latest bikes and do all the other thing normally associated with such events, including entering a bike competition to win and overnight stay at the Hinckley Island Hotel, dinner with key members of the Triumph GB team and a unique tour of the Triumph Factory. 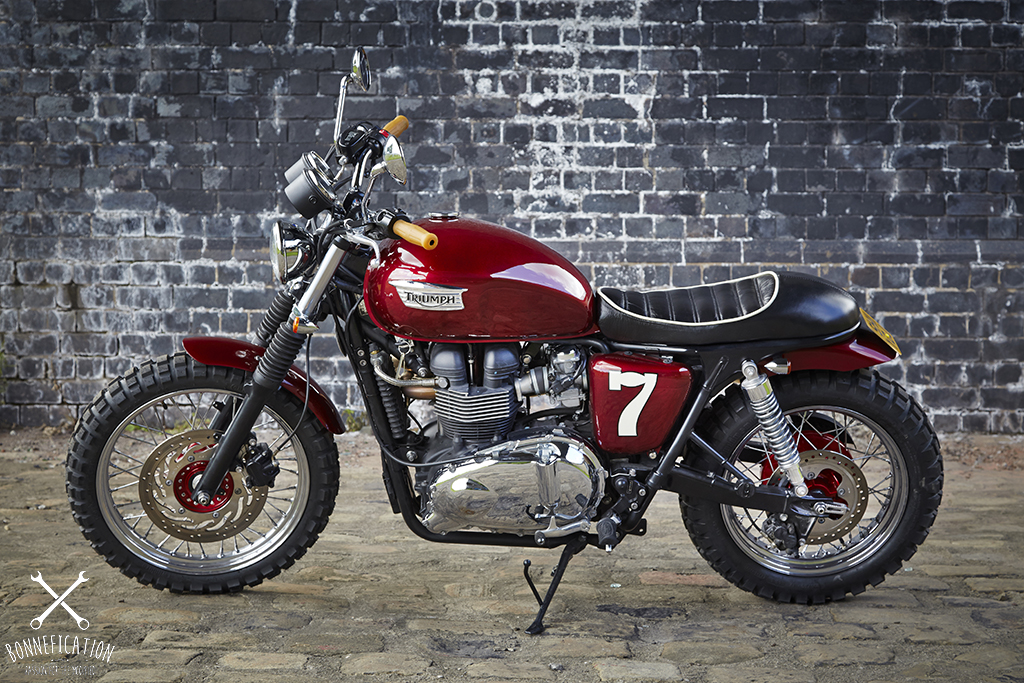 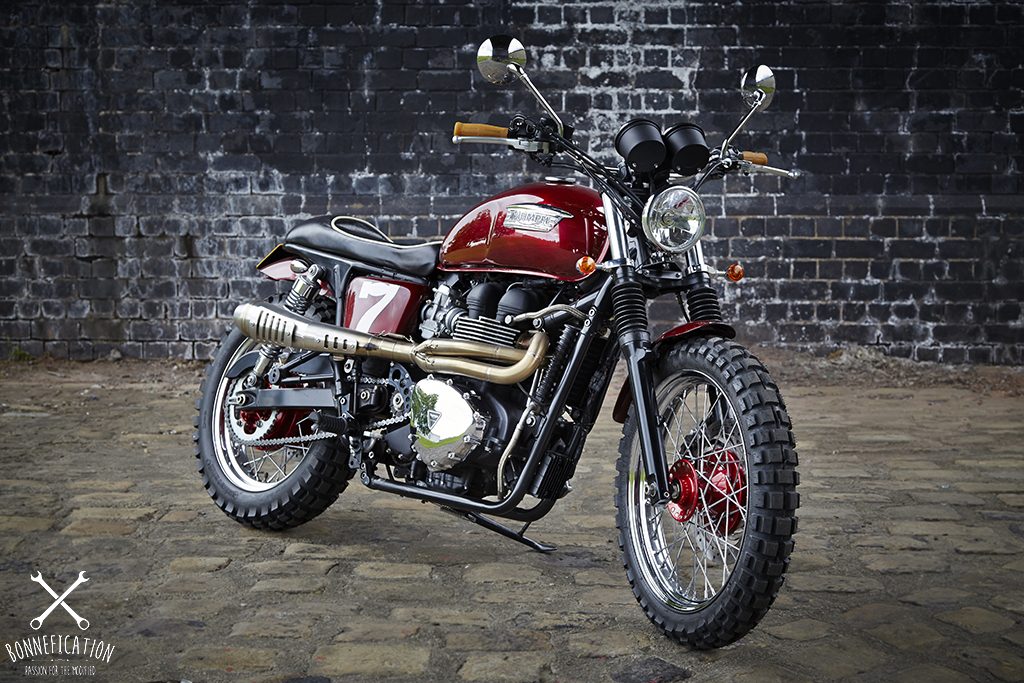 One of the winners of the newest category (2011- 2015) fortunately was a very nice customised 2011 Triumph T100 which goes by the name ‘The Red Devil‘ a bike which was built by Simon, Tony and Will Brown from Joe Browns clothing company in Leeds, Yorkshire. 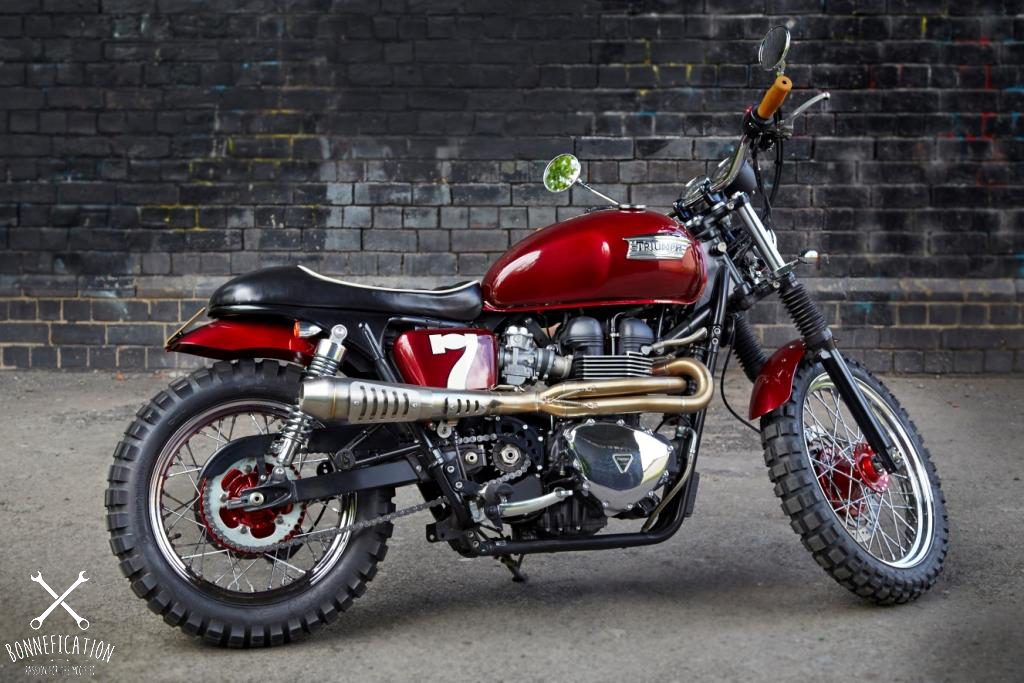 The trio wanted to build something different, something that will, as they put it…. ‘ooze opulence’ – The donor bike was sourced all the way down in London, and shipped back up north for the guys to begin. The T100 was stripped with all the unwanted components finding the skip, with the frame then being chopped and a loop added. Which of course ment a new seat needed to be fabricated, but the guys hit on a problem with their base as it wouldn’t fit over the electrics, to solve this the ignitor was relocated elsewhere and job done. 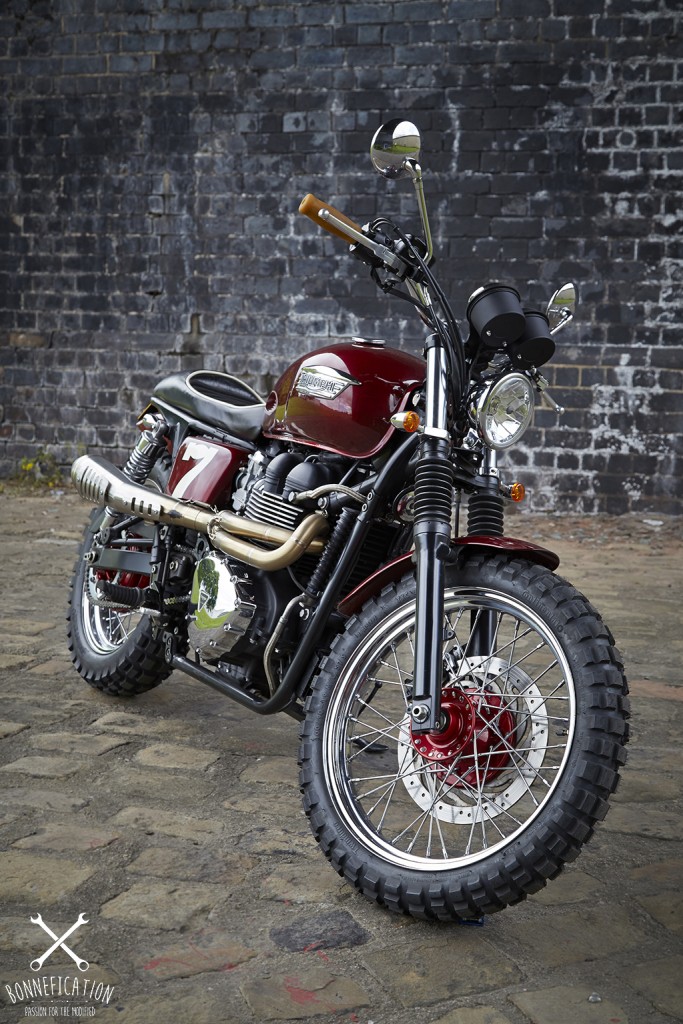 To get that look of opulence, the guys chose to cover their new seat base in leather, which needed treating with 15 layers of cherry blossom wax to get the desire finish. All of which needed doing before they could add the contrasting cream piping. Next up was the Tank, front and rear mudguards – which had been cut downs and side covers, which all received a deep coat of bright red gloss paint, with the side-covers then being decorated with a hand painted number 7 –  a number which has a resonance with the trio… 7 wonders of the world and the 7 seas link to their love of travel and then there’s the 7 deadly sins, it’s also the guys nod to the legendary Barry Sheene. 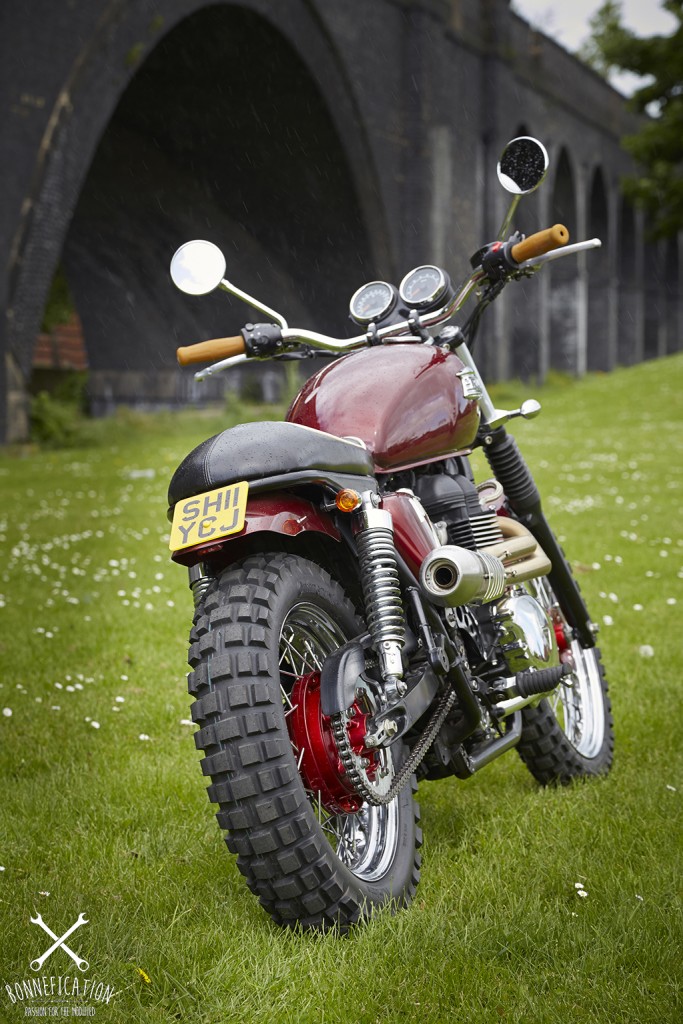 Keeping with the red theme, the stock hubs were powder coated to match and then re-laced to the original rims, these were then fitted with the popular Continental TK80 Dual sport tire. To keep the Triumph road legal and night time friendly a 5.5″ Bates style bottom mounted headlight was fitted, with the ignition switch and all the associated wiring relocated to under the tank. 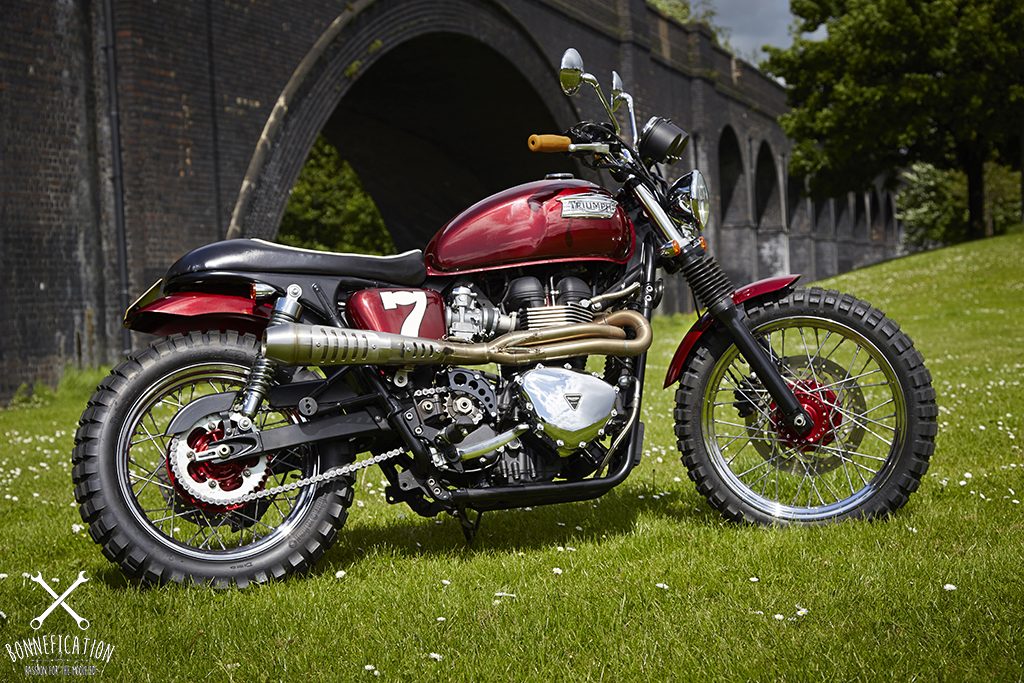 At the back the rear light has been replaced with a small LED unit which is located just under the numberplate. Mini indicators have been fitted all round, with the rear being relocated to the rear shock mounts using the usual brackets and the front attached to the forks. The guys chose to mount the rectifier much lower than usual, right down on the frame cradles cross bracket, where it might get a little dirty, but I imagine it will at least stay cool. 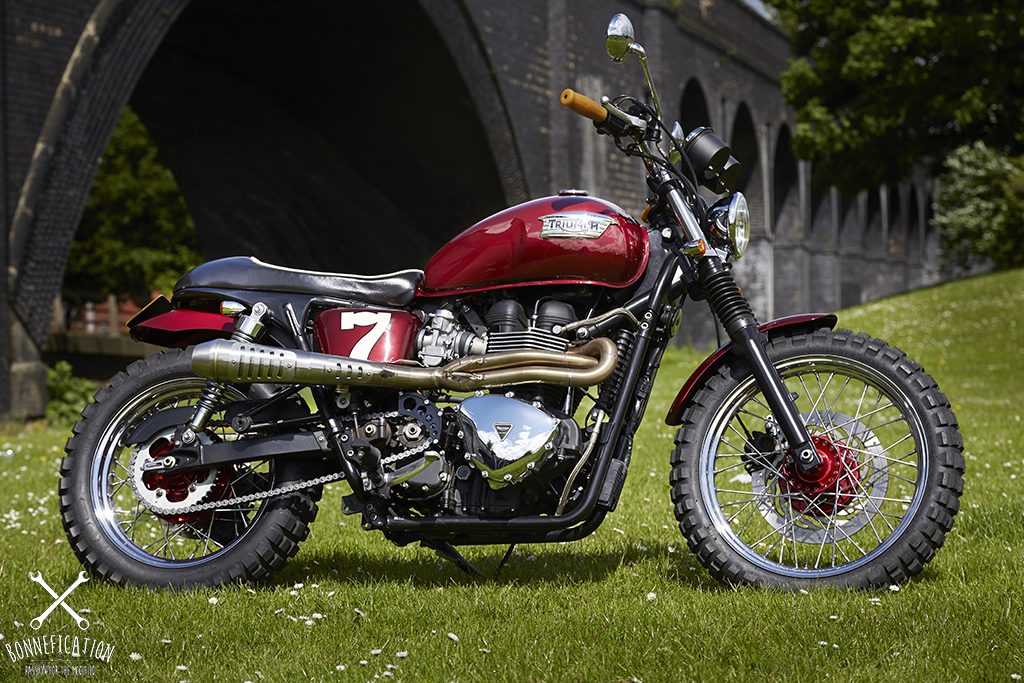 The engine received a small amount of attention with the fitting of Free Spirt’s sprocket cover…. I hope they didn’t put that on themselves and finally an exhaust from the Italian company SC Exhaust was fitted finishing the bike off a treat, an exhausts which apparently spits flame when the baffles are removed…  Sweeet!

The The Red Devil will now will be used for a bit of  Joe Browns promo work and then Simon Brown can finally get his hands on the bike to ride to the Hinckley Island Hotel for his dinner and Triumph Tour.