I would rather wake up in the middle of nowhere… 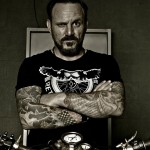 …than in any city on earth – Steve McQueen

Marco, and his 2007 Triumph Bonneville has been captured perfectly surrounded by the barren Dubai landscape, by his good friend and Photographer, Paul Macleod. This bike is not your usual ‘Street Scrambler’  yes it spends much of it’s life as a daily commuter, however, as you can see from these stunning shots,  Marco, like Steve McQueen, rides this Bonneville out into the Desert. 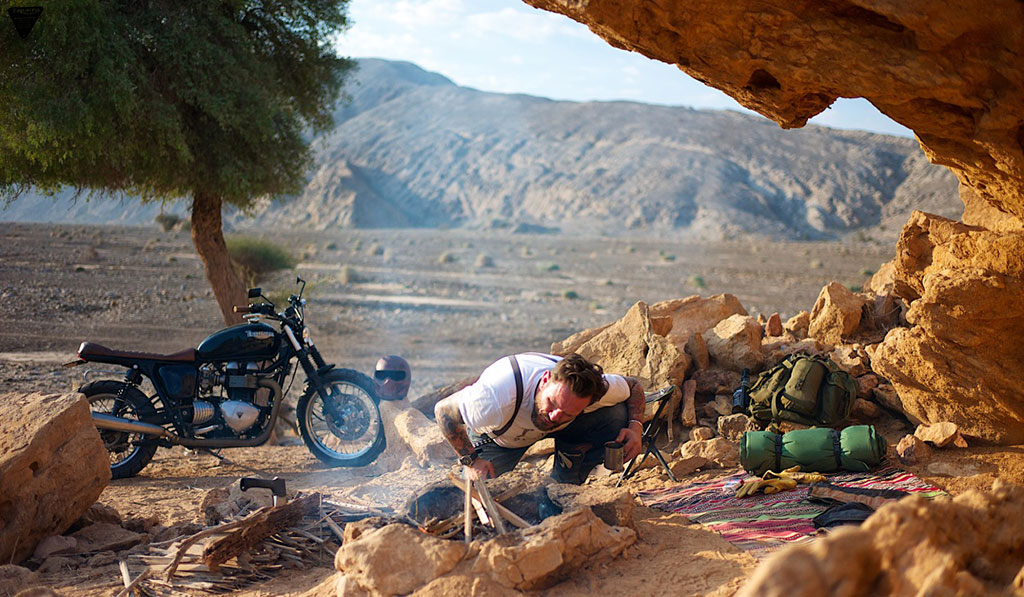 Marco’s curiosity in motorcycles began at fifteen.  Like many lads his age he couldn’t afford a motorcycle. Having a good circle of friends, meant this did not get him down, as he was able to borrow theirs! This helped Marco nurture his interest.  Life, as it does, gets in the way and it was over twenty years before Marco finally got around to buying his very own motorcycle…

“In a city where bikes cost more than my car, I picked up my very first  bike, for 1000 Euro. I didn’t really purchase the ’94 Royal Enfield Bullet 500 with the intention to ride it but to restore it” – Marco 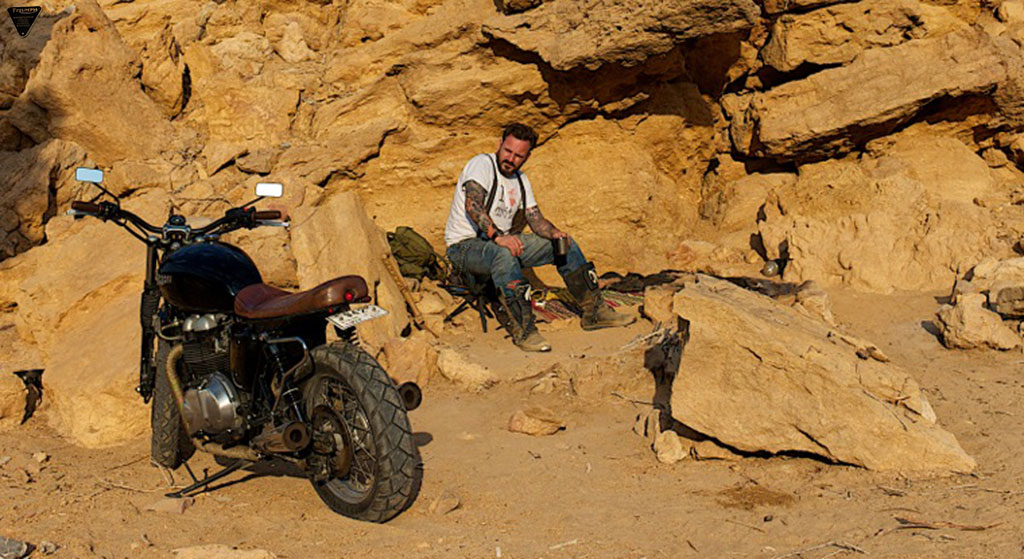 His passion for motorcycles grew and every night Marco ended up getting his hands dirty tinkering with the Royal Enfield. Slowly, but surely, he fell in love with bikes. Marco began riding every weekend, and as we all know ‘you meet such nice people on a motorcycle’. Marco now rides everyday, and who can blame him!

A time came when a more powerful and, as you can imagine a more ‘reliable’ motorcycle was on the cards, and so Marco purchased a series of unremarkable mid-sized machines for his daily commute. Then at the begging of 2013, this 2007 Triumph Bonneville came out of nowhere, like a much needed Oasis, finally Marco had found ‘The One’

“Everything about the Bonnie was just right, the size, the weight, the power, the look….’

“I strongly believe that you can’t just go in a shop and buy a motorcycle. If you’re looking for your perfect match, it will have to come to you! The right bike chooses you. Only then you will have that certain connection to it. Call me weird, but that’s how it is.”

Marco now tinkers with the Bonneville, doing everything himself. Off the shelf parts are being used, but every single part is getting his personal touch before being fitted, as Marco explains ‘The seat with the built-in tail light, the sprocket cover for example are hand-made. Next to come, hand-engravings on the engine covers, as well as on the tank’

Marco has great plans for the Bonneville, and I for one can’t wait to see the finished product. 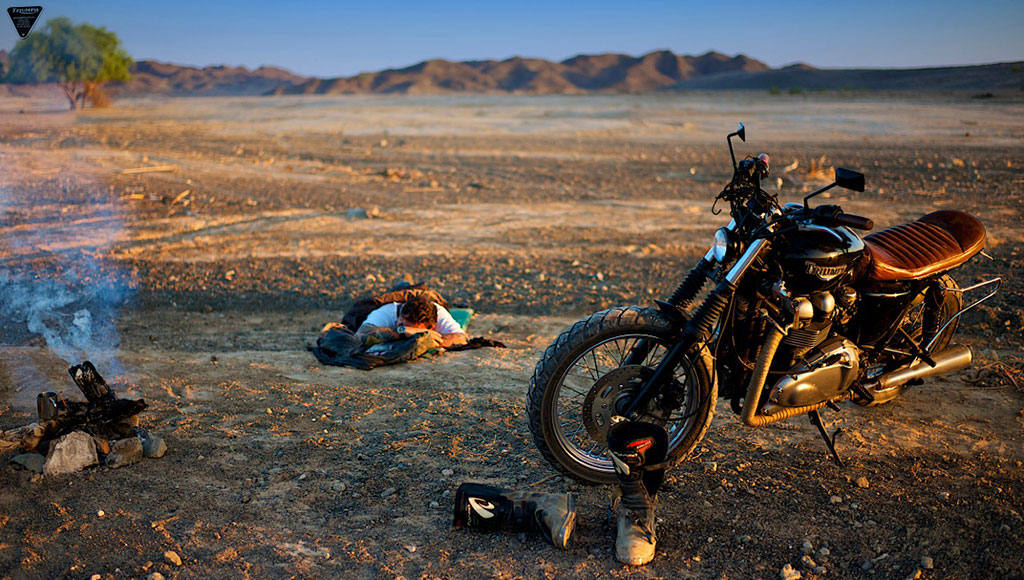 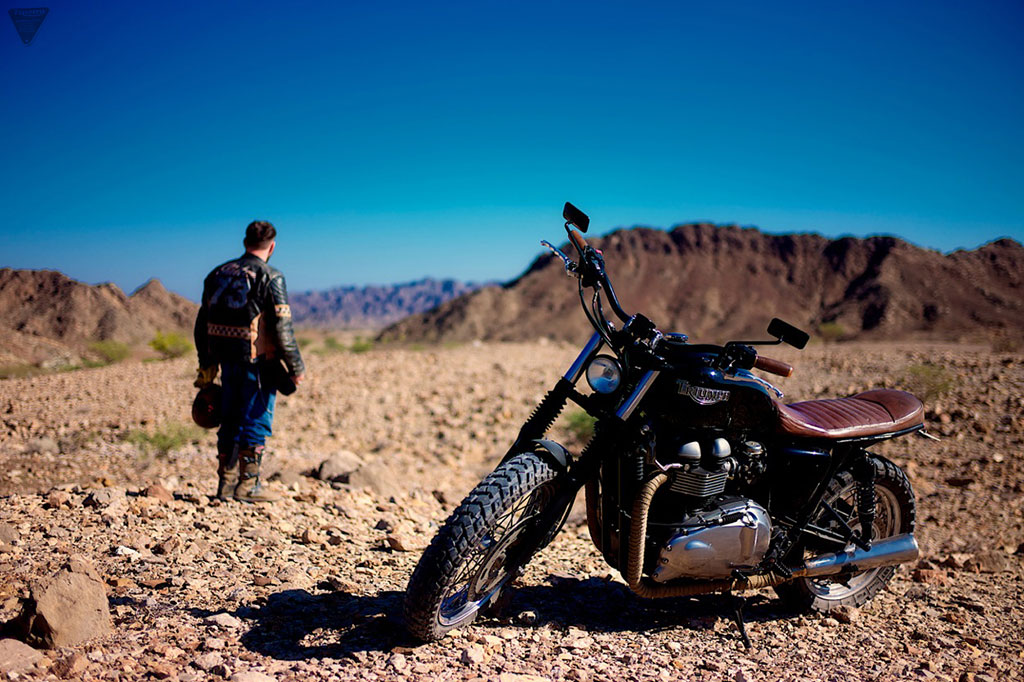