This is Cristian’s (without the H) 2005 Triumph Bonneville. The 32 year old Packaging designer is originally from Rome, Italy, but has been living in Liverpool since 2001. Cristian bought the Bonneville second hand in 2007, as he wanted the reliability, and a good platform to make the bike his own, without breaking the bank . In his first year of ownership Cristian clocked up over 12,000 ‘Any excuse to get out…need milk?’ he admits. 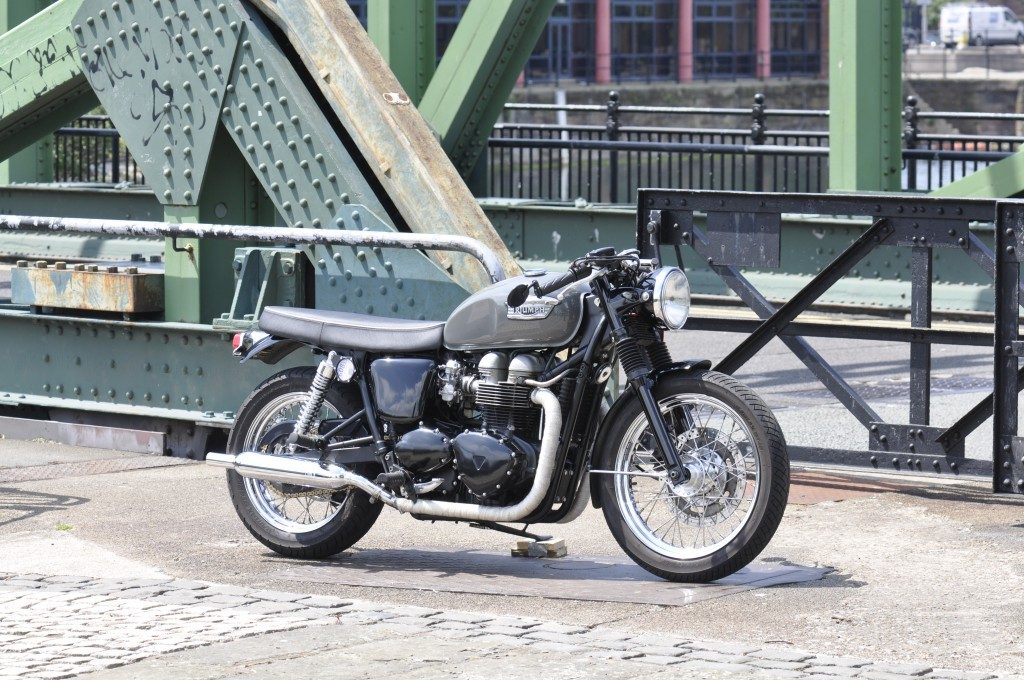 Cristian is a family man with two children, Sofia, his oldest, is apparently already a bike nut. Shouting out at every motorbikes she see’s, and constantly asking her father to take her around the block on the back of the Bonne, much to Sofia’s mother displeasure.

“She can now, by herself, jump on the bike, turn the key,
take the engine kill switch on, pull the choke switch the bike on and rev it!
She makes me proud and cannot wait to go on a road trip with her”
– Cristian 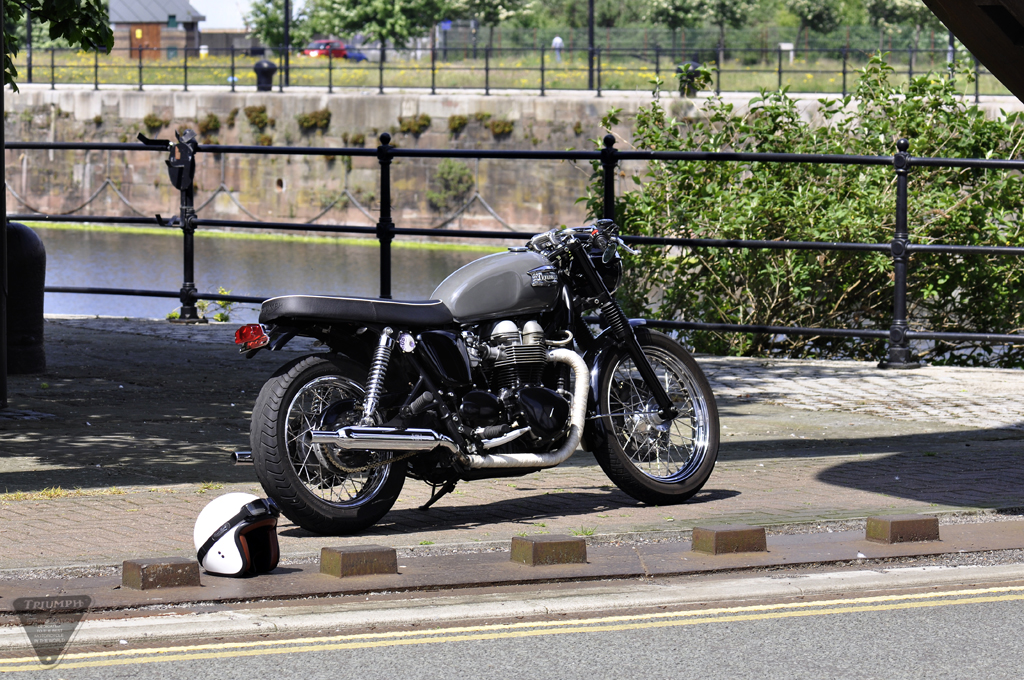 Cristian loves taking his Bonne on the roads around Chester, and love to travel to Liverpool and hear the engine noise as he drives through the Mersey tunnel! he tells Bonnefication, ‘the engine rumble in the tunnel would give even Vivaldi goose bumps’… ‘I love to ride because it makes me feel free’

“I love my Bonnie, she might not be the fastest but she’s got character,
has looked after me when I was stupid on the road and saved me from idiots.
She is a tilt of the hat to the past and a smile to the present and every time
I climb off and turn around she still makes me smile… 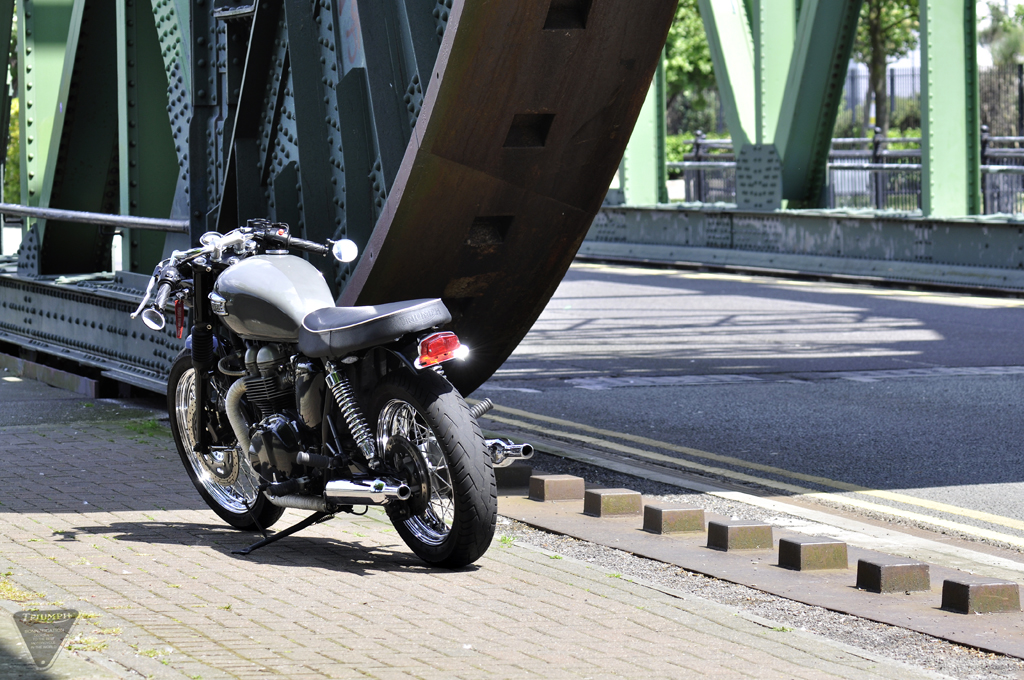 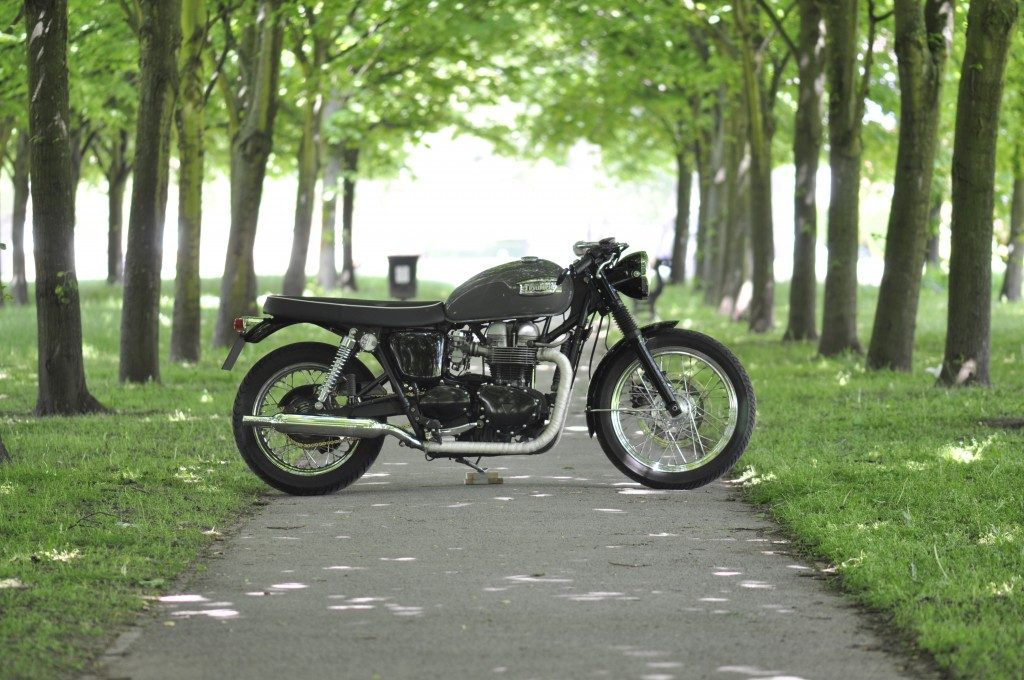 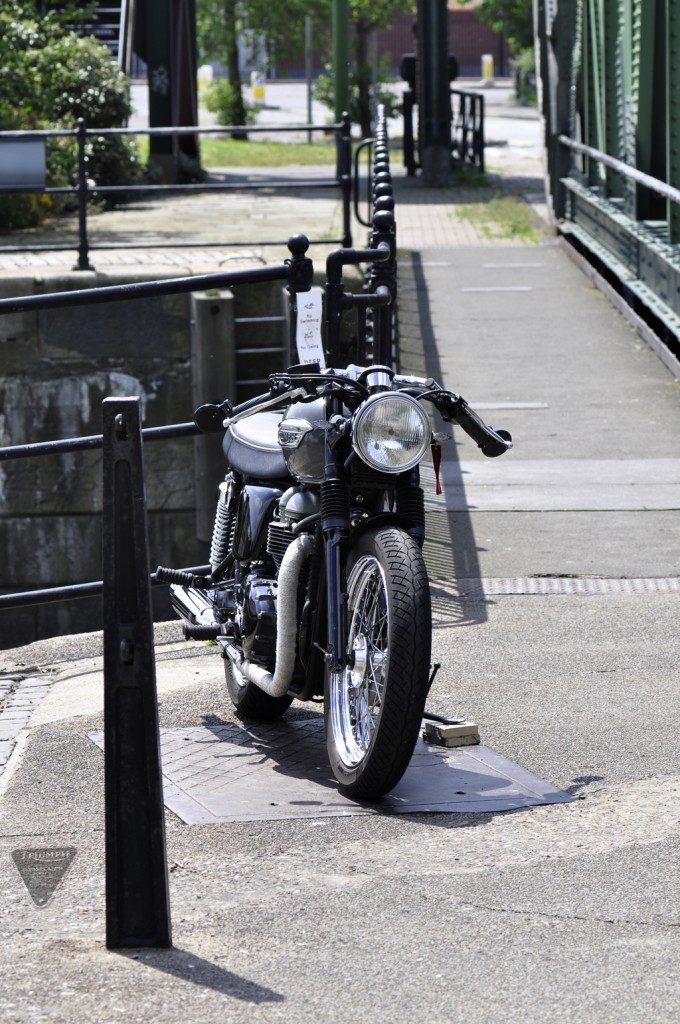 Previous
I would rather wake up in the middle of nowhere…