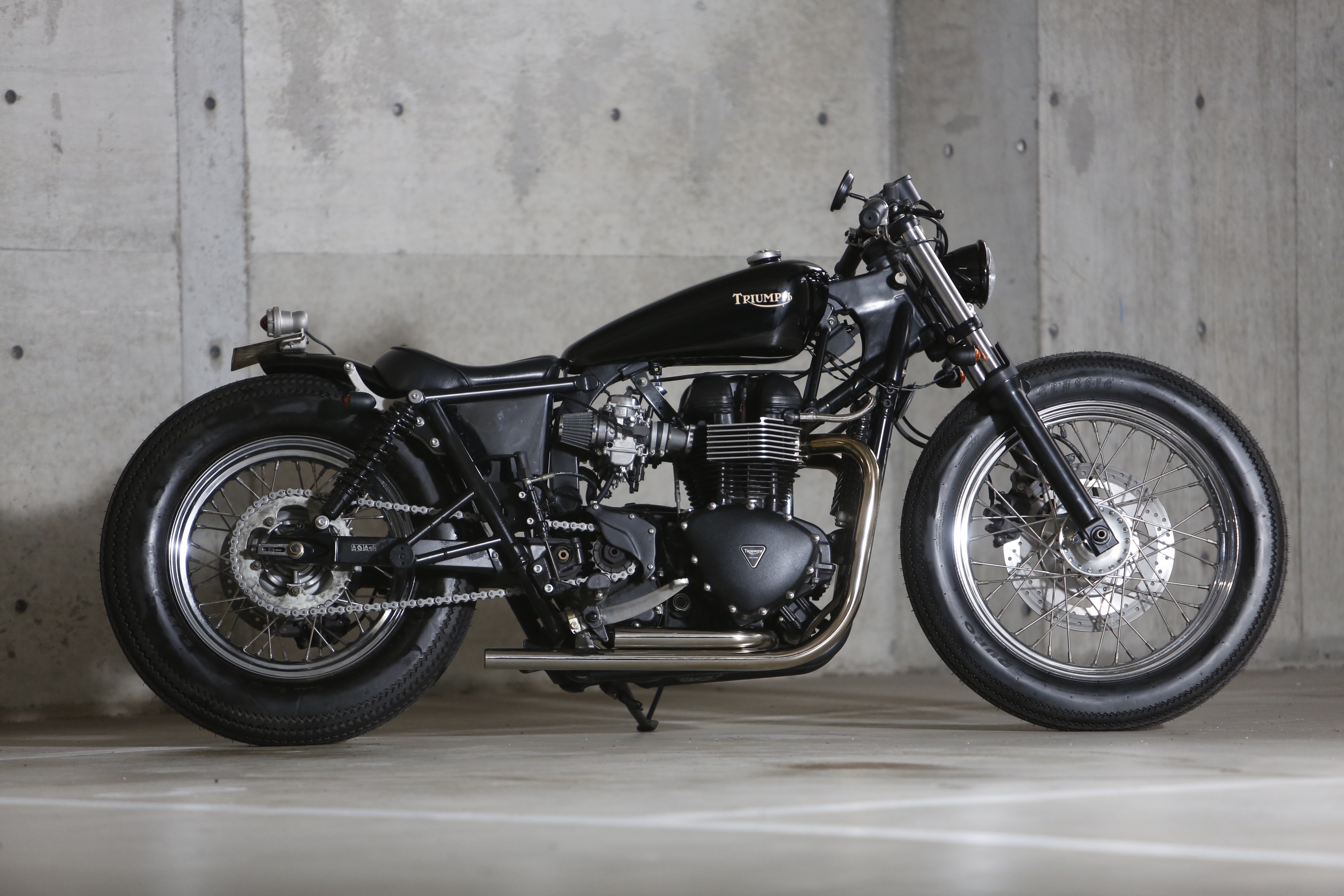 Scramblers, Trackers and of course Cafe Racers are all very in-trend in this ‘New Wave‘ motorcycle scene, perhaps none more so than in the modified Triumph Twin world – of course there is nothing wrong with these popular styles, though due to their dominance, perhaps they are becoming a little common? 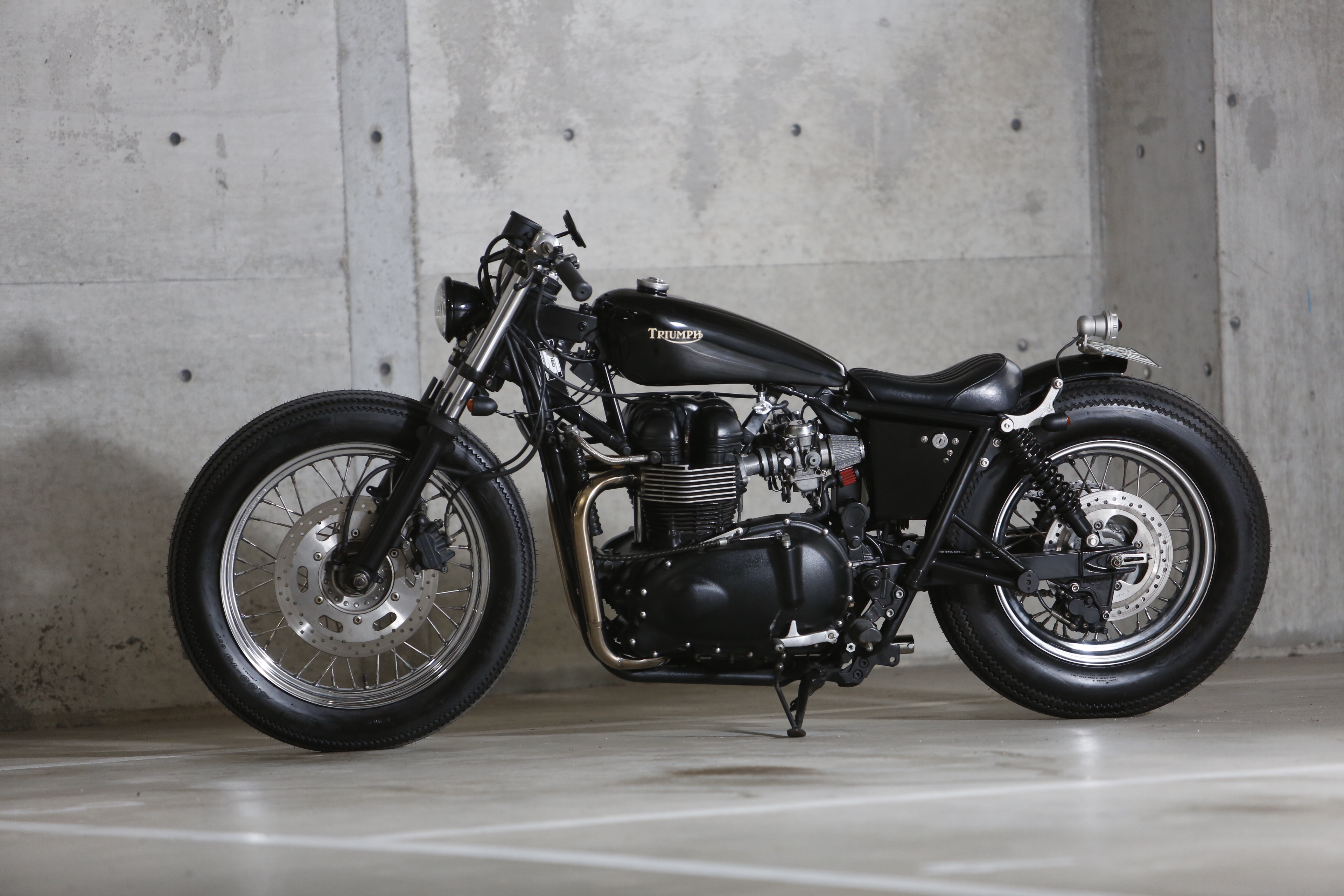 The comparatively new kid on the custom block, is the Japanese ‘Brat Style’, named after Go Takamine’s Tokyo based garage Brat Style Inc. – one of hundreds of custom motorcycle garages scattered around Japan, a country producing some truly inspiring and imaginative builds. 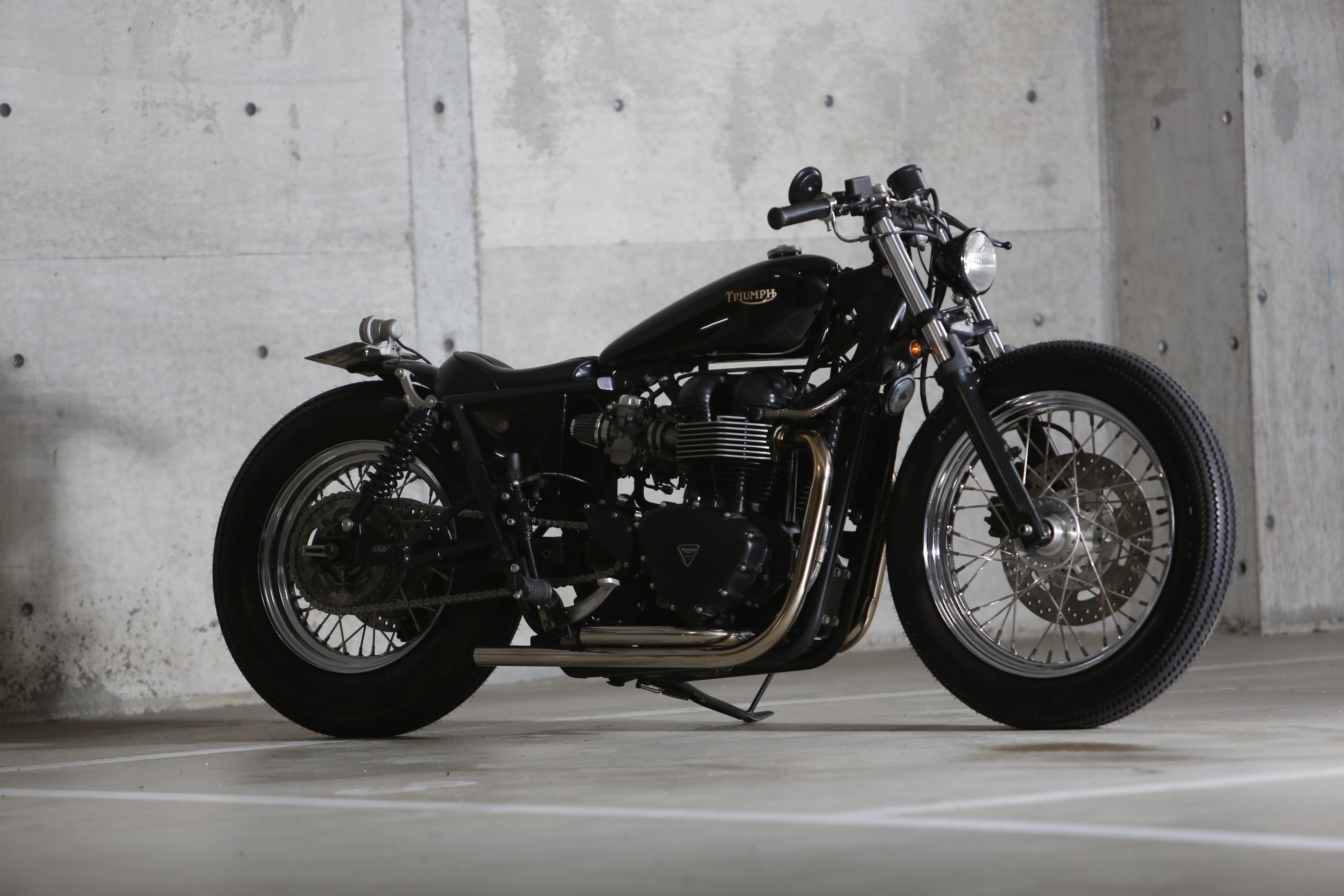 One of the most respected is Kengo Kimura of Hiroshima based Heiwa Motorcycles (平和モーターサイクル meaning ‘Peace Motorcycles‘) who BikeExif described as Japanese bike building ‘Royalty’, and that “No one does ‘slammed-and-bobbed’ quite like Heiwa” – It wasn’t until Kengo Kimora turned his gaze upon a humble British built 2005/06, naturally aspirated, 790cc Triumph Bonneville last year, that I was finely in a position to discover and feature his finished work. 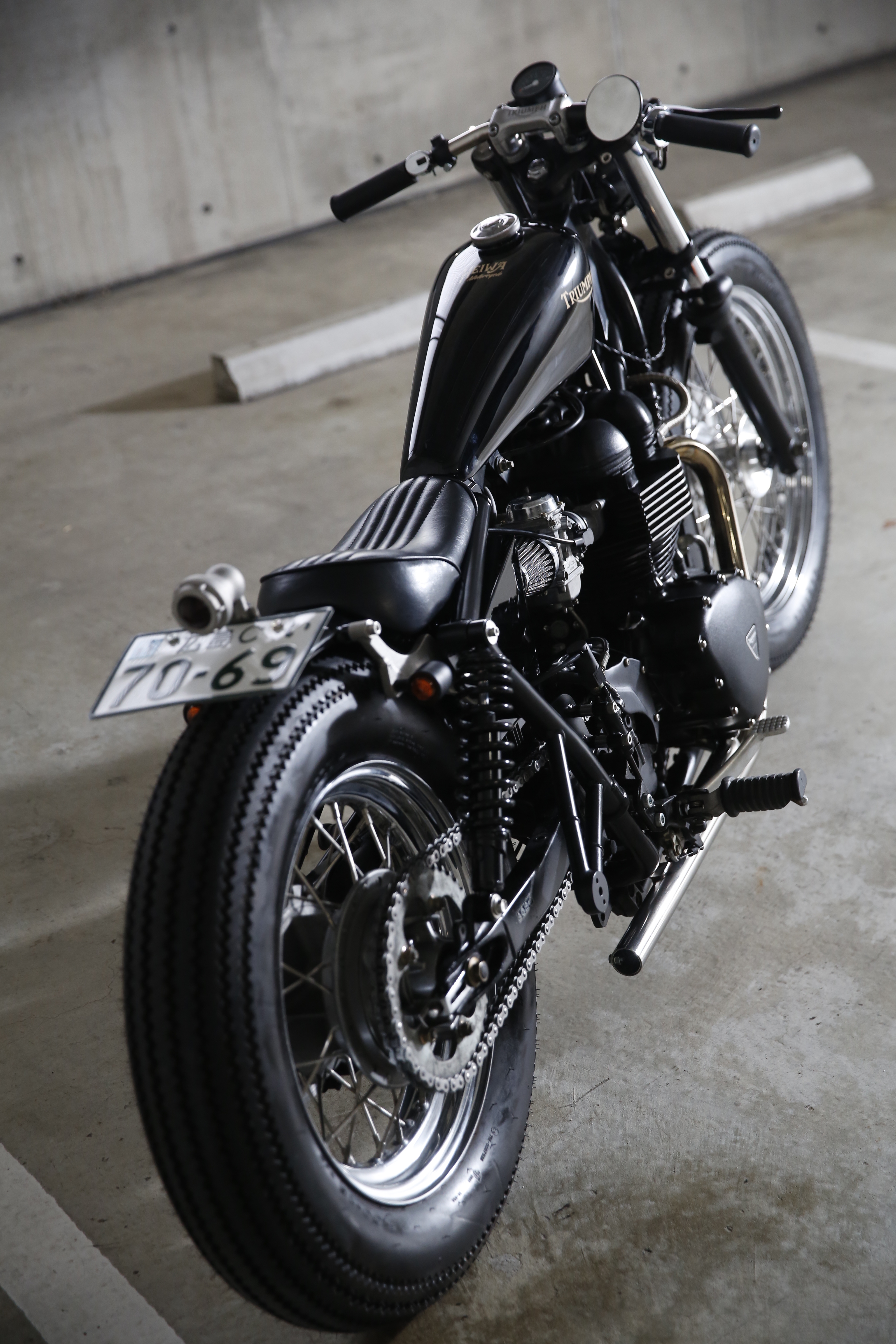 This Slammed-and-Bobbed British Twin may not be to everyones taste, but when you have blogged about Hinckley Triumph’s for eight years, my tastes may just be a little different, so for me this is one hell of a Bonneville. 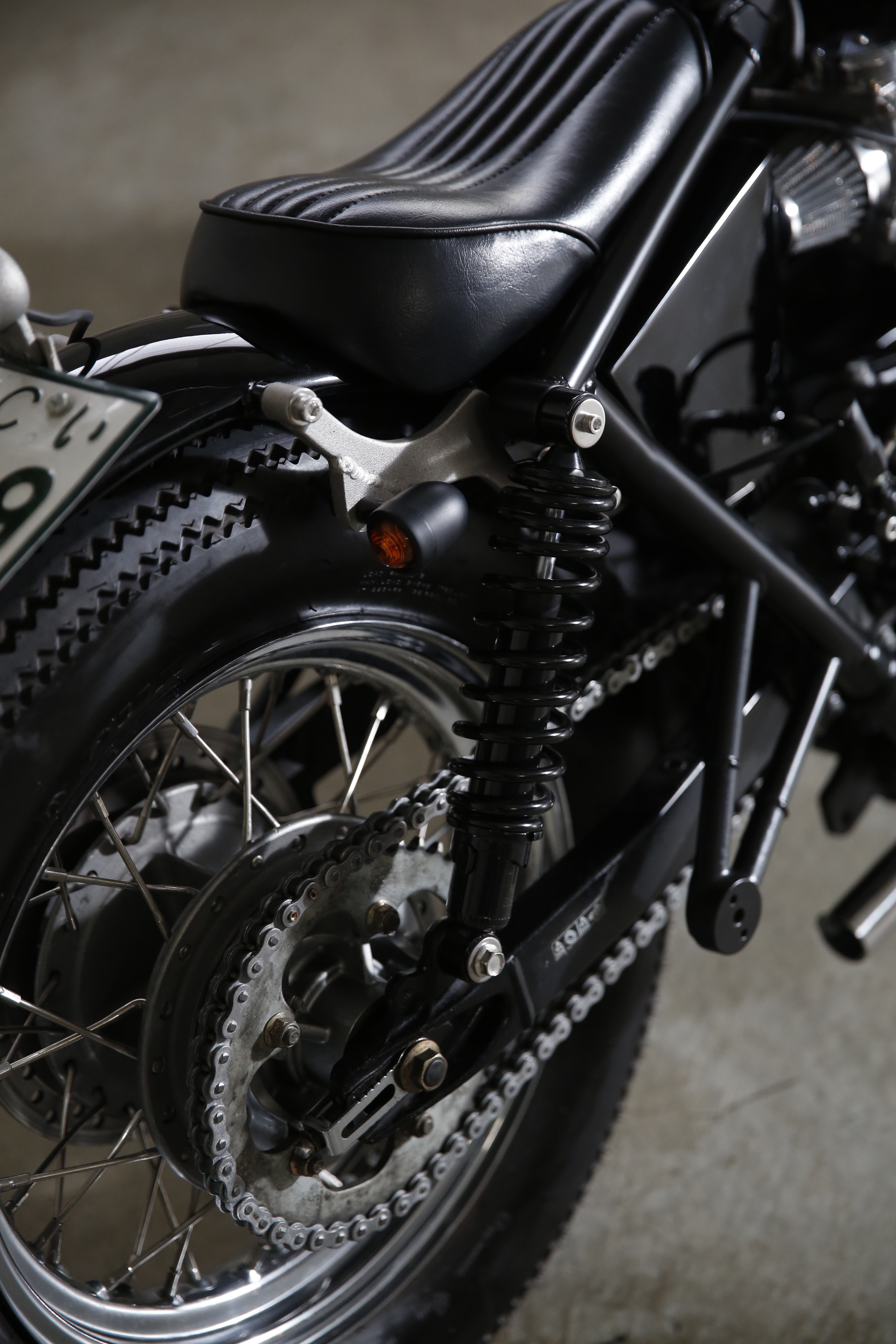 Forget frame loops, this Twin has had it’s entire backend remodelled – including the thinning and adjusting of the rear frame and shock mounts, giving this Triumph that distinctive Heiwa look. The Triumph was then fitted with a one off single seat and bobbed mudguard topped-off with Heiwa’s own Tail Lamp, all of which has been fitted to the Bonneville using one-off brackets which incorporating mini turn signals. 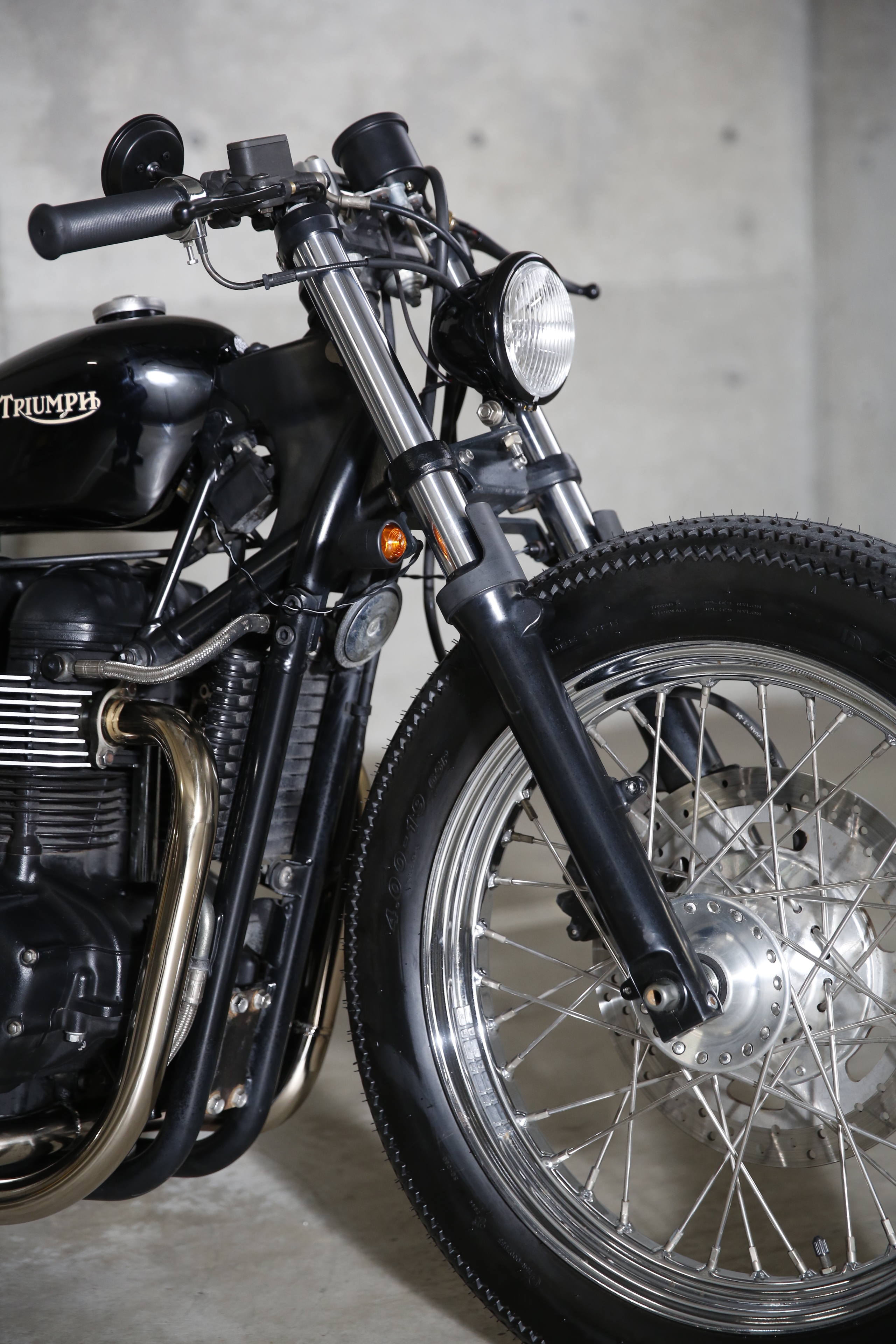 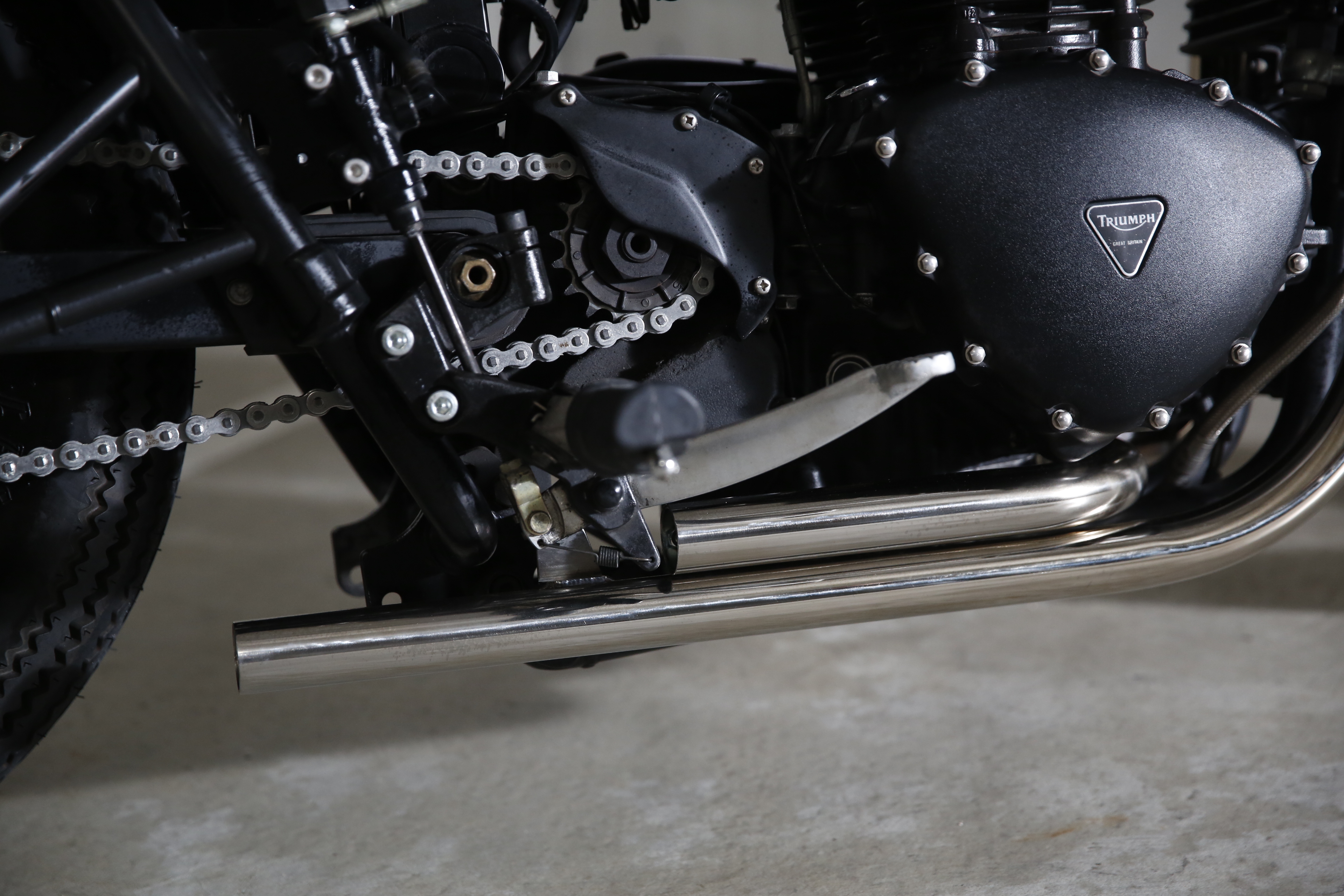 The battery/airbox is gone, replaced by a one-off item which also incorporates the Bonnevilles ignition. Removing the airbox left the carbs more able to breathe but exposed – these were fitted with a set of conical air filters pair with a set of one-off 2-2 headers, with the left pipe being fed under the frame to open out on the high-side. The narrow black tank is of course one-off, and plays a key part in the overall Heiwa look of this Triumph Twin. 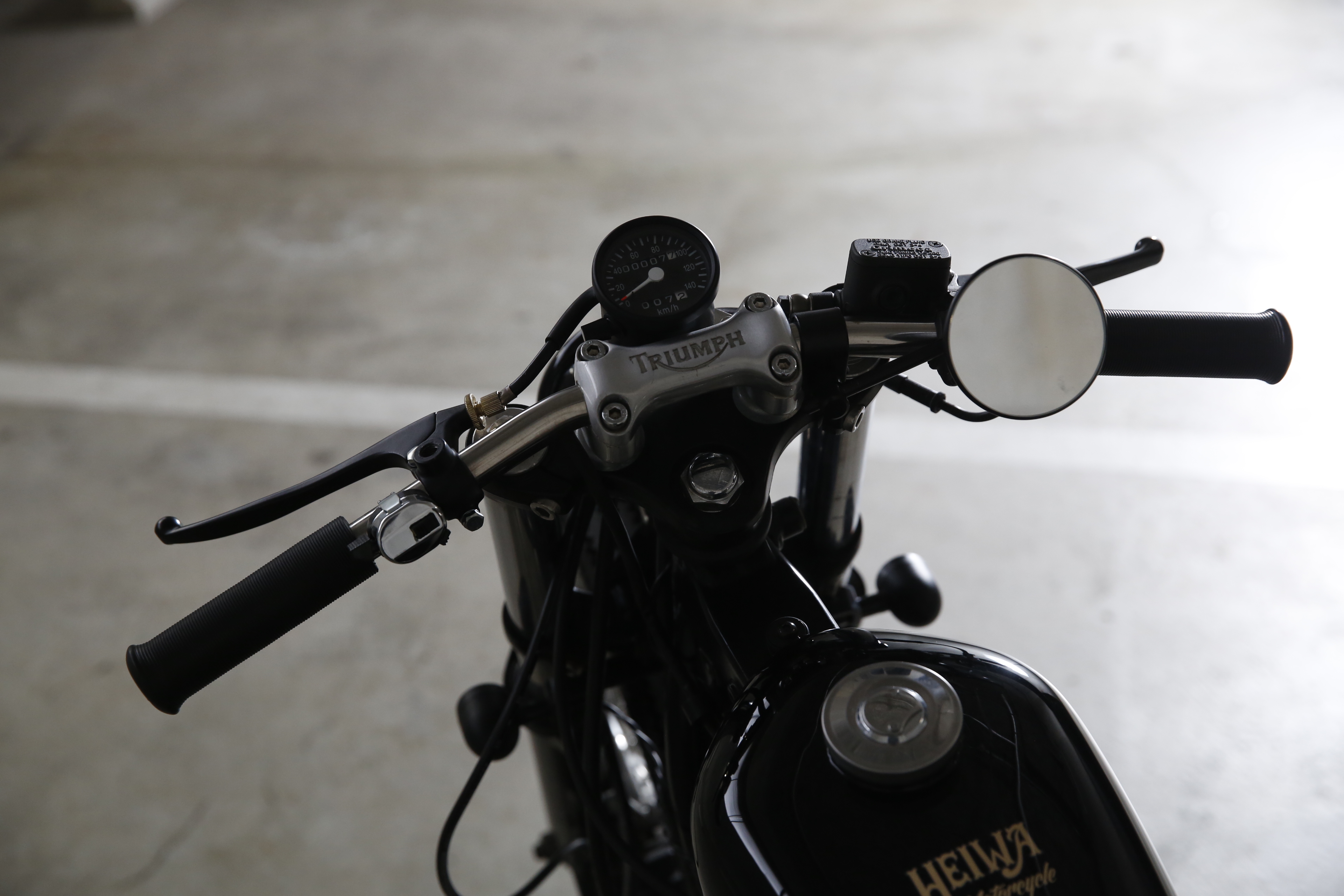 The bars, which now only feature a classic single switch is Heiwa’s own 40″ SBar, fitted with set slim grips and aftermarket throttle body and levers. The speedo is the ever popular XS650 style speedo which is very popular with so many custom builders, with the front end being finished of with a 4.5″ Betsuraito bottom mounted headlight… what else!

I don’t know about you, but I feel inspired to start a new project!